I just returned from Alicante which I found to be one of the more insignificant towns I have visited here in Spain – suffice to say that I probably won’t be back. Due to another rain storm I found some time to update the CrazyIvan stats which are copied below: 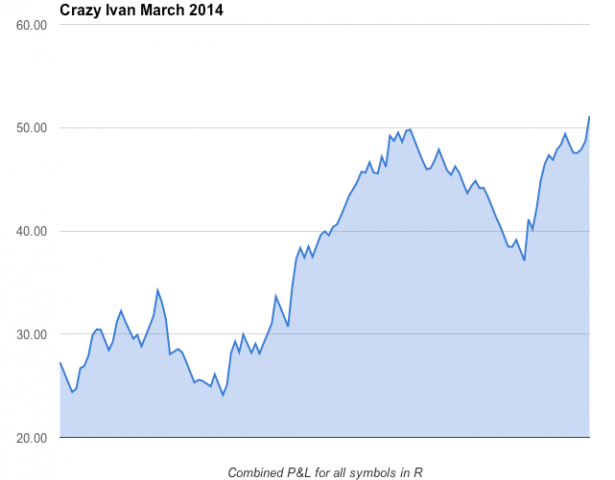 Since the last update we had a little swing back down which is very interesting as Scott recommended that I would turn it off for a week after we pushed near the 50R point (i.e. the second highest peak on this chart). I however declined and would do so again (even in hindsight) as I’m going hardcore Ivan with this system, which means letting it run at all times assuming that our volatility filters will keep us out of the worst. Be this as it may, this may lead to an additional post-streak filter sometime in the future (meaning a year or more from now when it’s very conclusive). Anyway, happy to say that we are closing the month near new highs – you cannot argue with that. 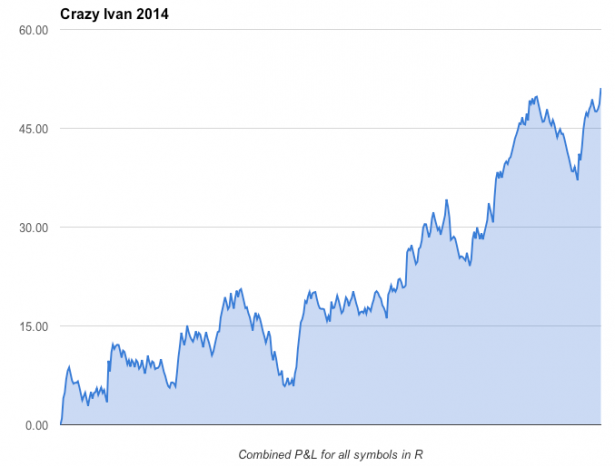 And here’s the updated 2014 graph – again all trades are being reported in real time after they are closed out – I update the charts about once a week. If you are interested in giving CrazyIvan a shot then I suggest you work yourself through the intro/tutorial as well as the order flow page. If you still have questions after all that then feel free to shoot me an email to admin@.