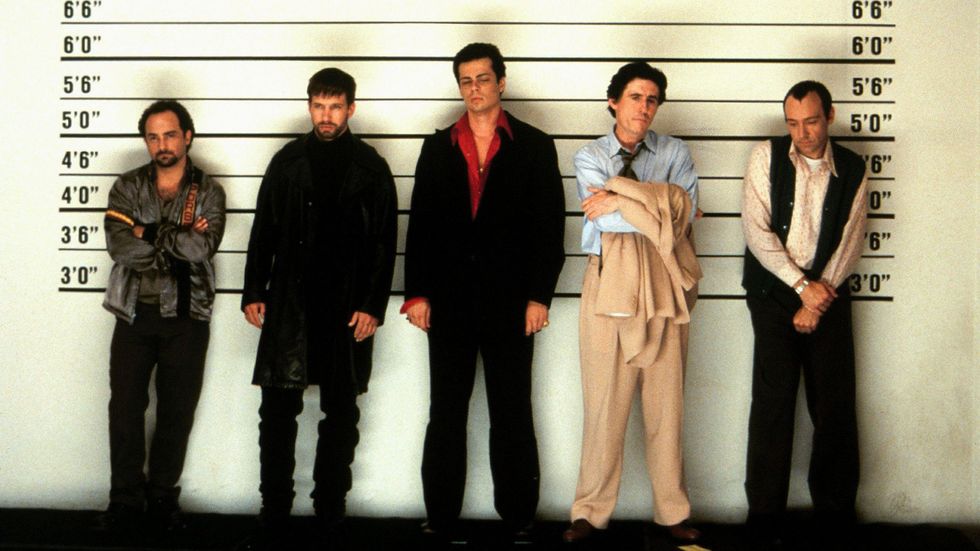 Over the past few months a potent emotional cocktail of fear and confusion has been seeping into the consciousness of market participants. It’s not just that equities are steadily heading lower whilst producing more and more bearish context above to be overcome sometime in the future. What’s worse is that there appear to be very few places remaining to sit out the storm. The exception of course being the two usual suspects – bonds and gold. 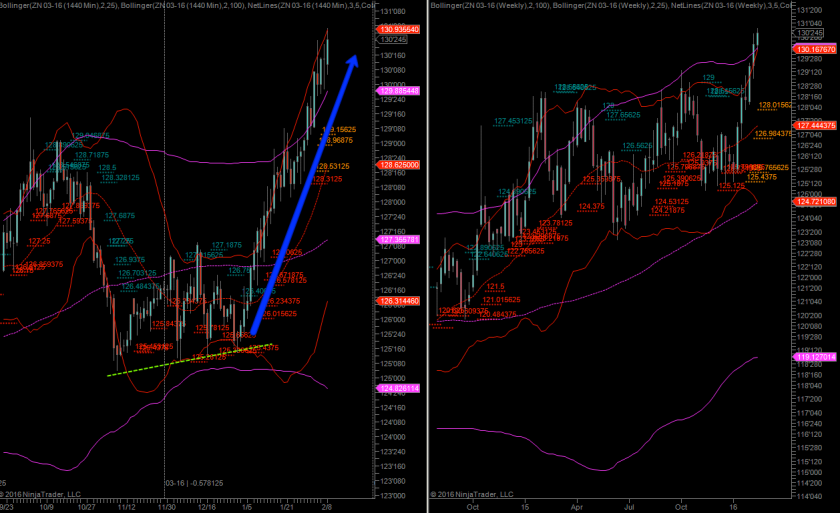 The 10-year futures have been on a veritable tear since establishing a base near the 125 mark. Now a mere month later we’re trading five handles higher with no ceiling in sight. As usual bond traders have been the smartest in the room, especially given the fact that bond market is much more active with $700 Trillion trades every year, compared with only $200 Trillion in global stock markets. It takes quite some activity to turn a ship of that size.

Over the past few years the the gold bugs had been systematically pounded into submission, so it’s understandable that they remained more skeptical and held their horses until the very end when things started to fall apart on the equities side. It’s been a nice push higher over the past month but the easy part of the ride off the weekly base is now coming to an end. Looming near the 1200 mark we’ve got a) the 100-day BB, the 10-week BB, and the upper range of a falling channel on the monthly chart. I’m not saying those are invincible hurdles but if you’re long gold then prepare yourself for a bit of resistance. 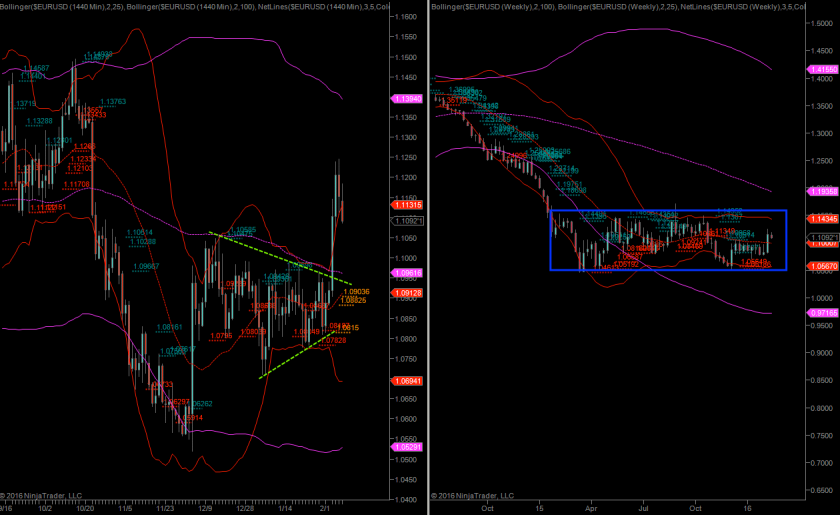 Over on the Forex side the Dollar has ruled for the past months but that came to an end last week when we saw a 300 pip ramp on the EUR/USD in two massive candles Half of which has already been reversed and although I don’t think we’re heading straight down it’s clear that confusion and whipsaw is becoming this year’s theme in the forex markets. If you’re participating here be nimble and keep your stops at double arm’s length. 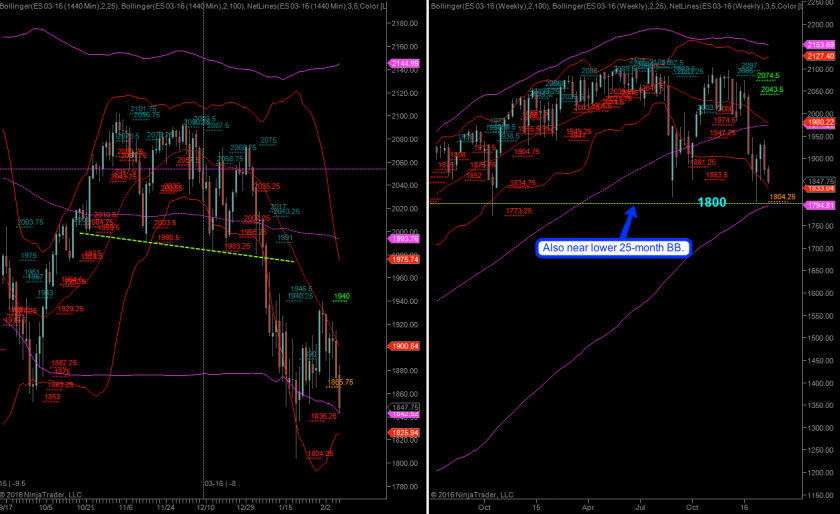 Equities are looking sad and we are now heading for the ‘point of recognition’ which IMO ranges somewhere near the ES 1800 mark. Whether or not that’ll hold remains to be seen – temporarily we may see attempts to stem the flow. The more violent the bounces the more the probability that they will be reversed a day or two later. If you are short then what you need to look out for is slow and consistent accumulation. Remember our theme during the 2008 crash course: Fade the dips – sell the rips. 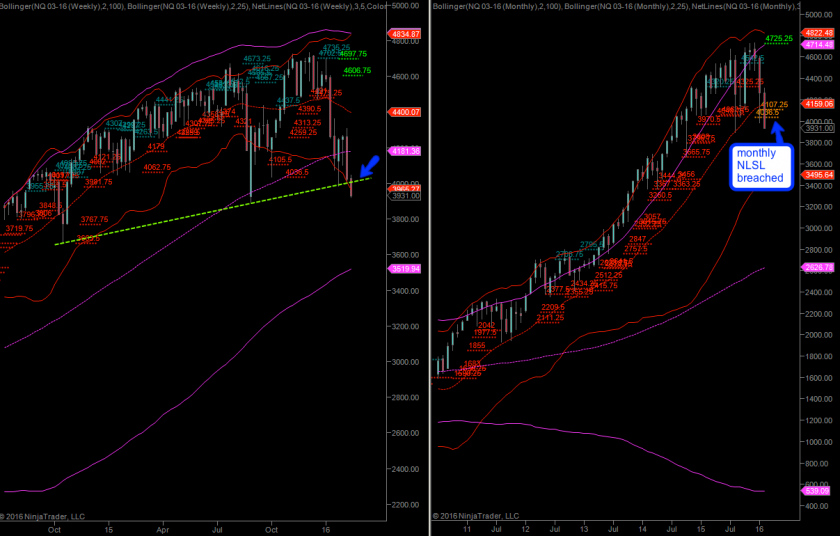 The NQ is the one that bears watching the most as it seems to be our canary in the coal mine. As you can see we are now already falling through whatever bullish context we had left and there’s nothing but air below. Which is the problem when you engage in artificial Fed fueled equity ramps that last nearly a decade – nobody left below taking profits.

Hey, it’s been fun while it lasted but let’s remind ourselves what we’re dealing with here. Things could turn ugly here on a dime – what you’ve seen so far has only been the overture to the big moves. If we’re very lucky we’ll get one more spike higher allowing us to get positioned for the real carnage yet to come.