The following passages were written 2,500 years ago in regards to war tactics. Bear in mind, that was back in the early days when the only way to kill your opponent was to actually walk up to him and employ raw physical violence. There was no concept of ‘war games’ – most warriors of the time accumulated their practice in real battles while their very life was on the line. So, it’s fair to say that these people knew a thing or two about waging war and in particular about war strategy. Their survival depended on it.

When in difficult country, do not encamp. In country
where high roads intersect, join hands with your allies.
Do not linger in dangerously isolated positions.
In hemmed-in situations, you must resort to stratagem.
In desperate position, you must fight. 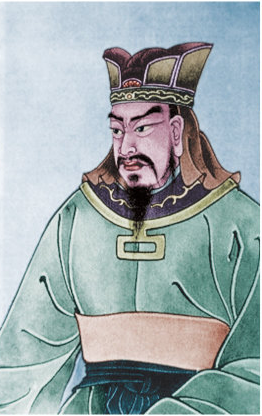 How do we apply these passages to our current struggle?

When in difficult country, do not encamp.

We should be very cautious about taking positions unless we are backed by defensible support/resistance lines. Trading inside limbo territory in times of increasing volatility should not be in our interest. Do not get entrenched into positions – be ready to ‘break camp’ if you see conditions change.

Do not linger in dangerously isolated positions.

Don’t hold your positions overnight in this tape 🙂

There are roads which must not be followed.

I think this is another way of wording the popular expression ‘choose your battles wisely’. Just because the tape is there doesn’t mean we have to trade it. Sometimes it’s best just to watch and wait for a better opportunity.

…positions which must not be contested…

Take my position in Gold for instance – I have been right on the direction but the execution has suffered due to excessive theta burn. Sometimes you win the battles but lose the war. And sometimes it’s actually advantgeous to yield a battle to the opponent (i.e. cut your position and move on) and regroup so that you are able to win the war. That’s the toughest thing in trading – letting a trade go although you know that you will be right in the end. Which is why I will cut my GLD puts before Friday evening if there is yet another move against my positions. 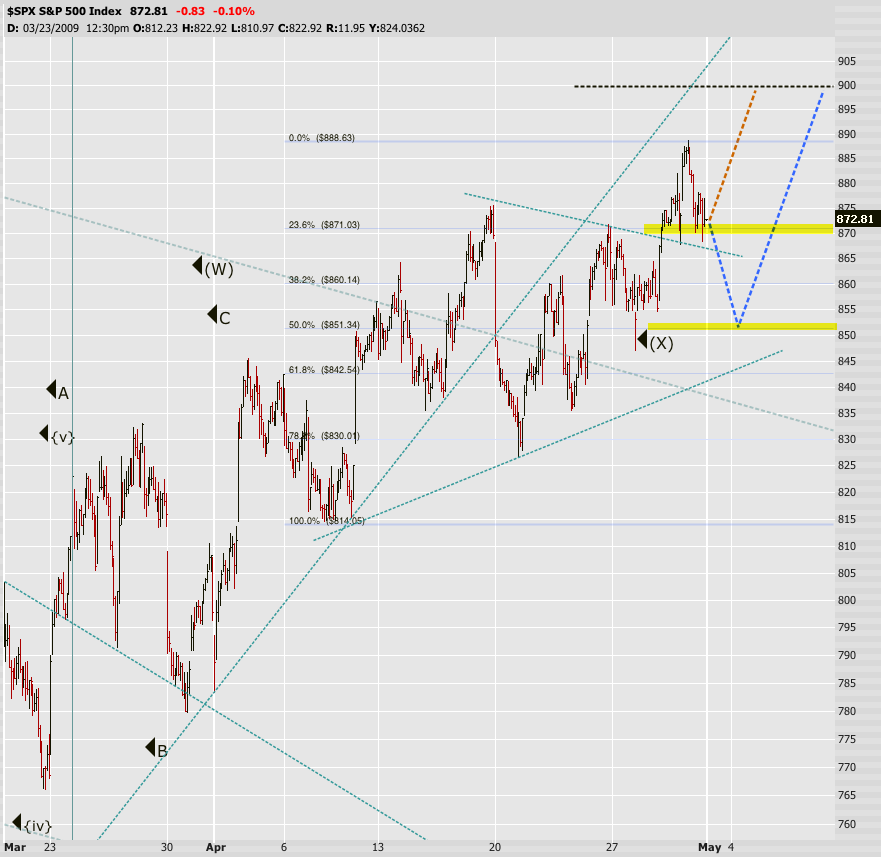 I know you all are salivating to short the heck out of this market but now is not the time. Either of the two scenarios shown above could happen tomorrow – our wave count has not changed since last night. We are most likely in Minor 1 of Intermediate (Y) of Primary {2}. The obligatory 23.6% fib line was touched today and we might see 860 or even 850 – but taking short positions – even here – against the established main trend remains hazardous. The next valid opportunity to short will be close to the 900 mark. A potential long play would be 860 minimum – I would not feel tempted to expose myself to the long side ahead of that.

Whatever you do – keep your exposure small. We keep playing the game as this is what we do and because it allows us to hone our skills and prepare for future opportunities. But the coming weeks and probably the next two months will mostly consist of planning ahead for the late summer or early fall season. This is when we will reach the acme of this consolidation wave and the final quarter of this year is when we will produce 80% of this year’s profits. Mark my words.