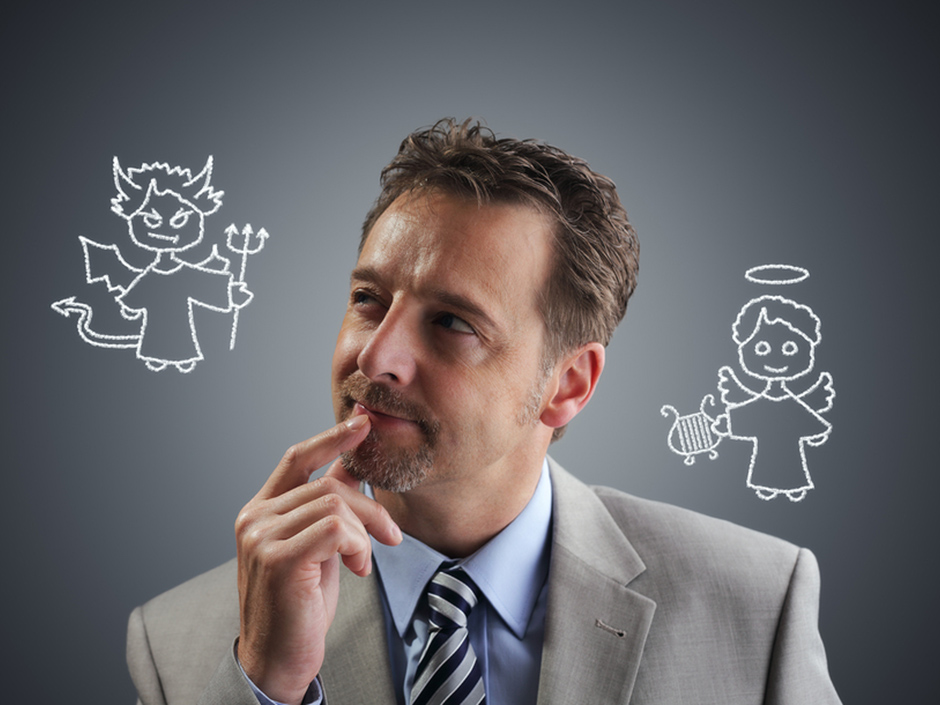 So the other day the VIX issued a sell signal, which is to be understood relative to equities and not the VIX itself. Which means after a sell signal you either go long the VIX or short equities, and it’s the other way around for buy signals, which by the way have been the norm over the past eight/nine years. In case you require a reminder as to the rules:

For a VIX confirmed signal you need 3 events:

Once you get those three events a major reversal usually occurs within the next week. 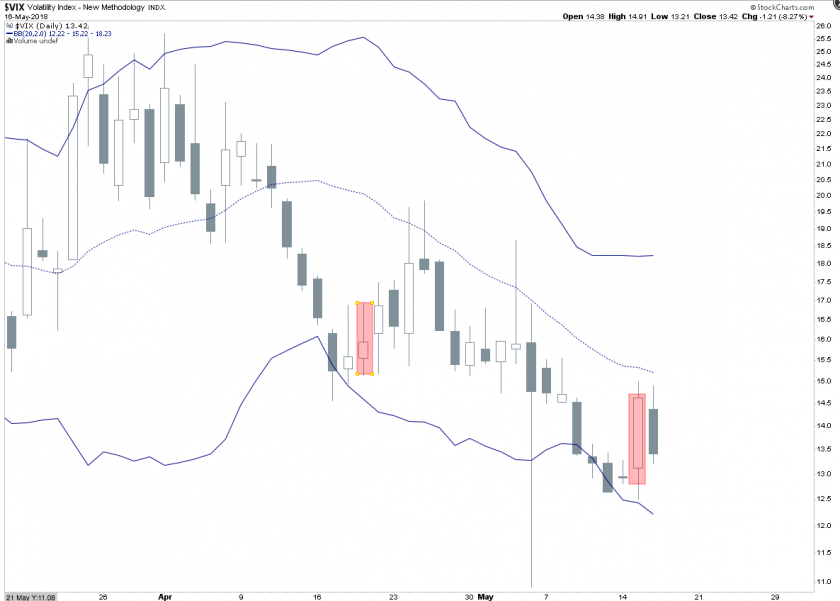 So let’s take a look at the recent action here. We have a close outside the 2.0 Bollinger – check. Then we have a higher close inside the BB – check, followed by quite a push higher and a close > the previous one. Which means a bonafide VIX Sell signal is active.

Now before blindly jumping on those rules and backing up the truck to load up on short positions, the question you should ask yourself is ‘how reliable are these signals’? 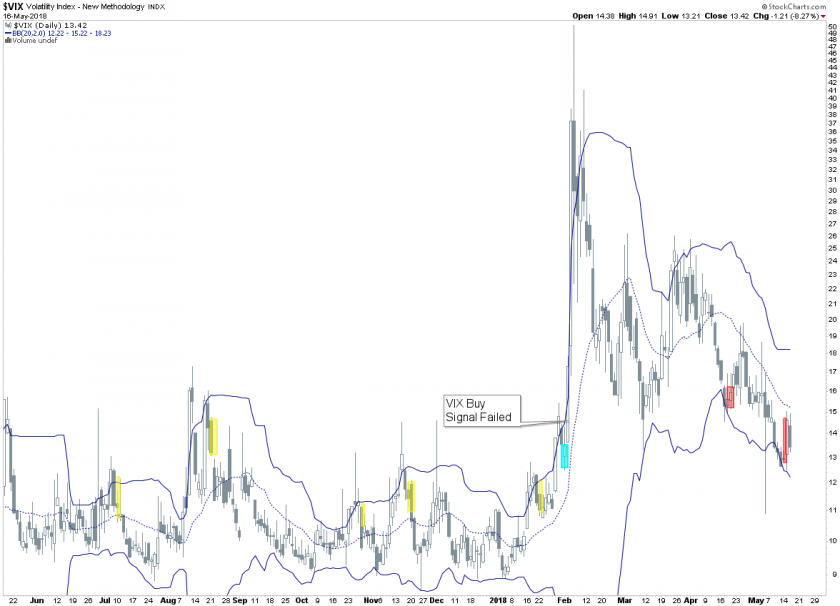 Well, the BUY signals have been very reliable, meaning we’ve enjoyed a success rate of about 80% since after 2010. There rarely have been SELL signals since then and when they happened they often failed or only produced limited upside.

However something changed early this year. We got a VIX Buy signal which failed almost immediately after the VIX continued higher and basically invalidated the signal just three sessions after it was issued.

Then in April we got our first VIX Sell signal which kind of worked but didn’t produce a big sell off in equities. And now we just got issued another one, so what’s the proper course of action? 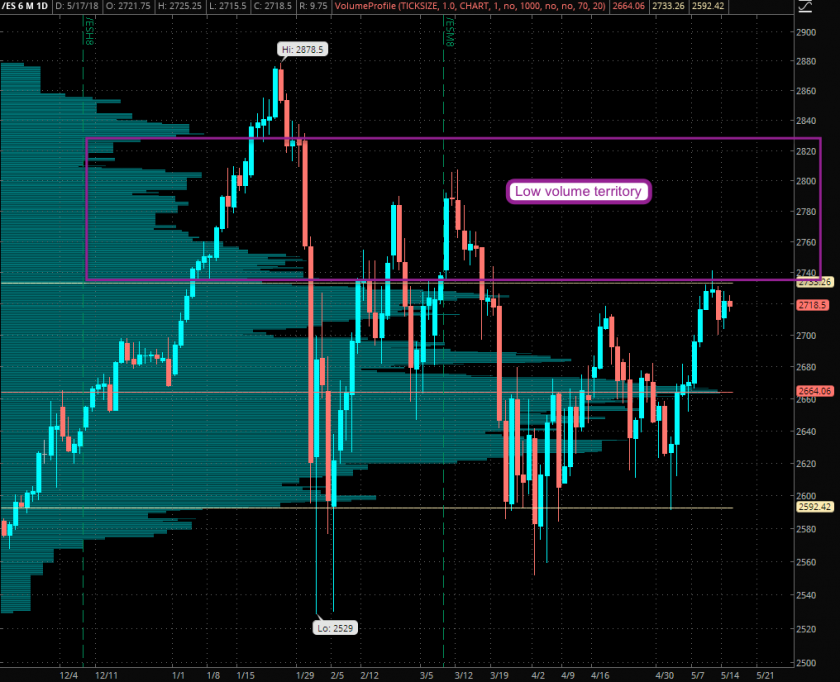 I’m looking at the E-Mini volume profile and what stands out immediately is that hue volume hole right above this week’s highs, i.e. > 2740. I told you all last week that it would be tough going once we arrived there. 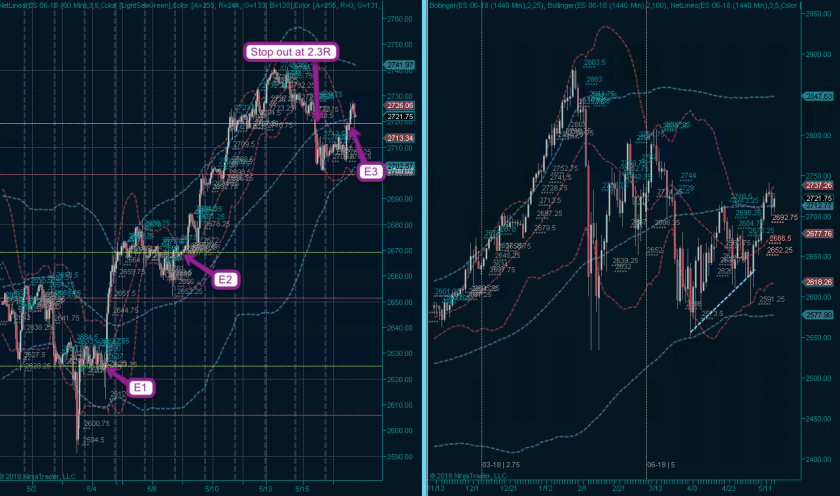 So as you can imagine I’m a bit conflicted as I have been trading this market higher quite nicely and just based on the price action decided to re-enter where I was stopped out yesterday near 2.3R in profits.

The daily panel looks like it’s primed for a txt of the 100-day followed by a short squeeze higher. But then again – this would be an awesome spot to stick it to the bulls, especially given the VIX signal.

So what I decided was to keep my long position but flip it for a short should I get stopped out. This may actually cost me 2R in profits if I get whipsawed which is why I only deployed 0.5% (basically 1/2 my usual R size) for this long position.

Another reason why I’m now considering the short side is that the 100-day BB is now starting to flatten and may actually turn DOWN if price is unable to shake off gravity. If that happens it opens the door to a world of hurt for equities. 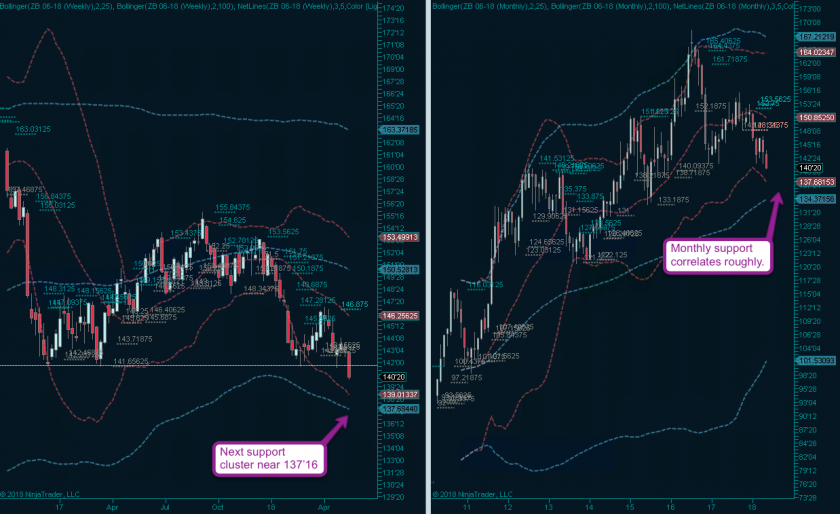 Speaking of a world of hurt – bonds!! It has now dipped through weekly support and there’s nothing but air below it. First weekly support cluster is near 137’16 plus minus a few ticks. Monthly support roughly matches up there so I wouldn’t be surprised to see a spike low there a few weeks from now. 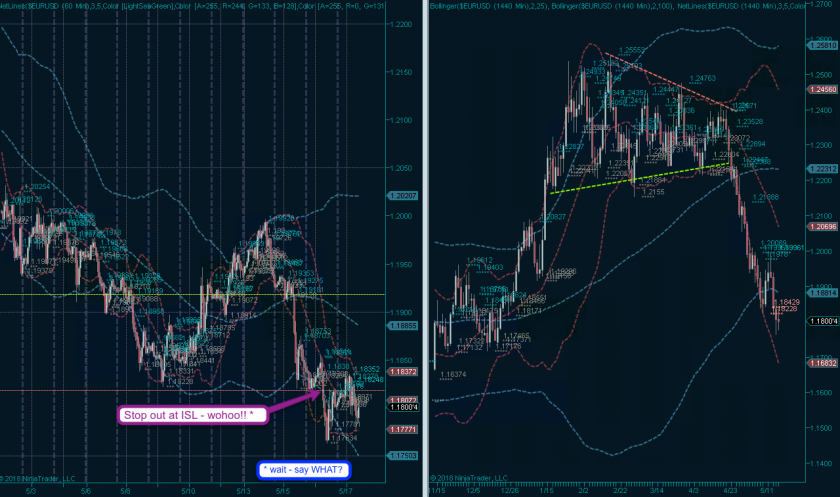 I’m happy to announce that I was stopped out of the EUR/USD. SAY WHAT?? Well, you may remember that I had an inverse campaign going courtesy of the AUD/USD and I knew one of them would end up being shafted. Plus it’s no big secret that I want to see the EUR/USD at the woodshed for an extended visit. 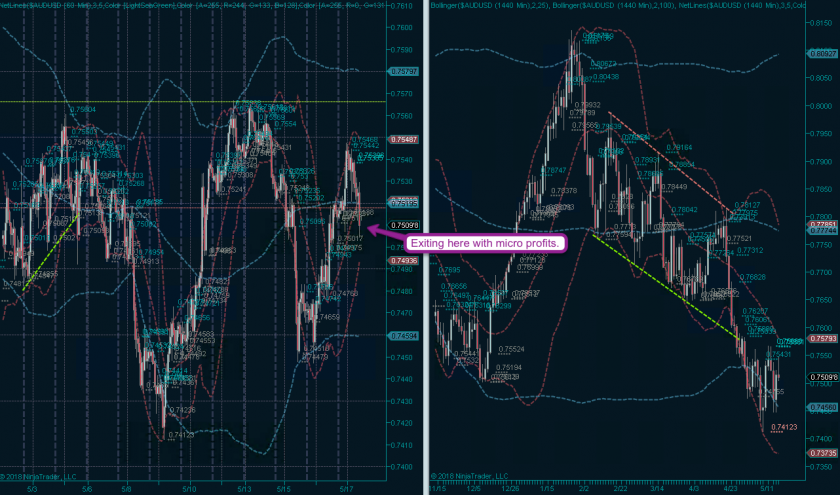 There is just one problem – the AUD/USD didn’t bloody move! So I’m out 1R and the damn Ozzies refuse to do their part. We all know you just can’t trust them, especially if they are from Brisbane 😉

By the way I actually had a choice between the AUD and a long on the USD/JPY. Unfortunately I picked the wrong one…