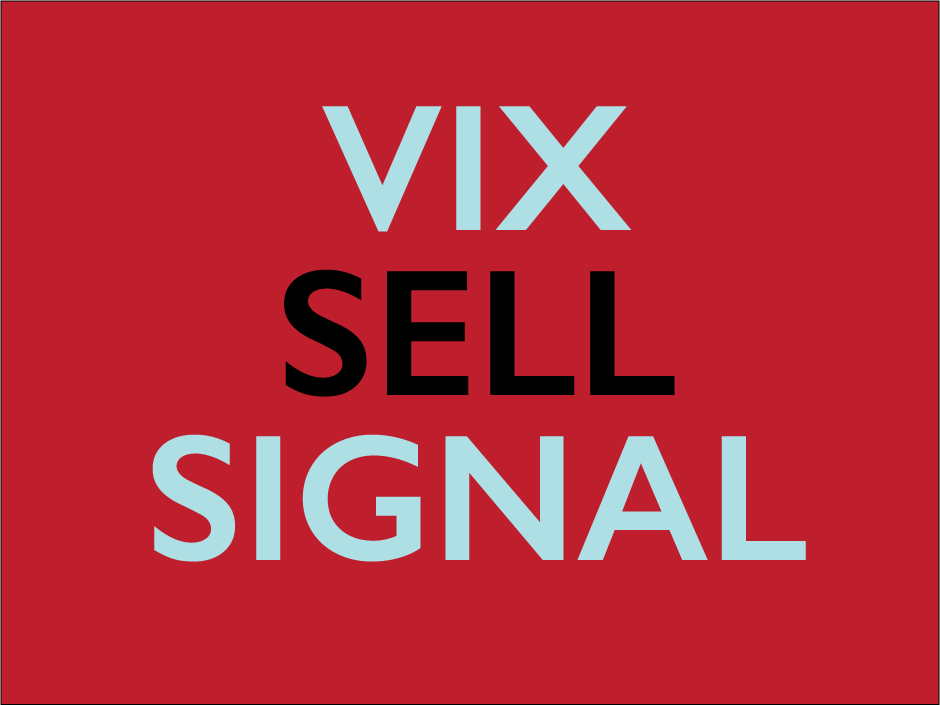 A bonafide VIX Sell Signal was triggered last Friday and without much ado showed up for work early Monday morning. The ensuing slide did not come as a surprise to us – as reported before the open that day, some signs of impending trouble were already clouding the horizon as early as Friday morning when the SPX:VIX suddenly jumped significantly. 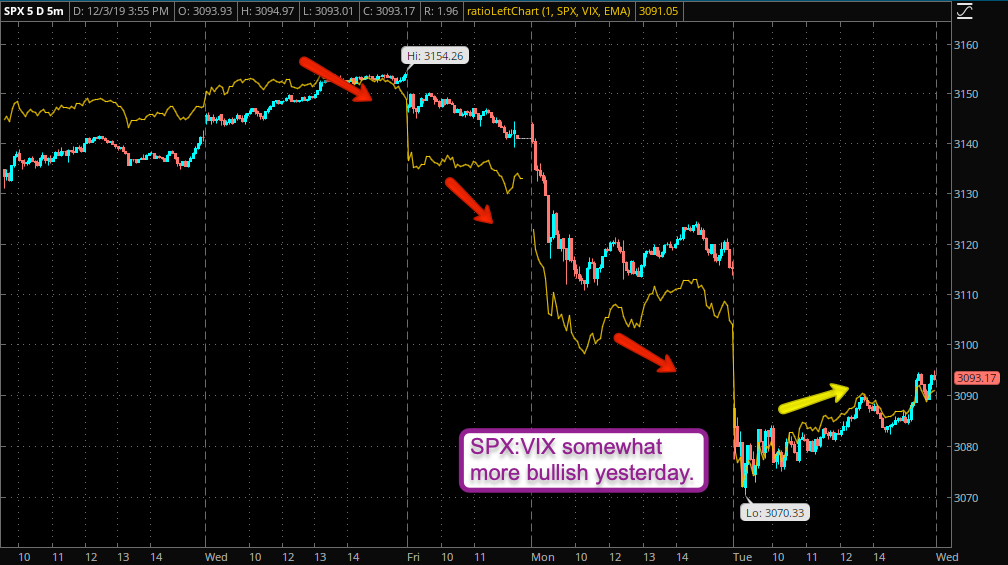 The chart shows us some deterioration on Thursday evening which then picked up steam the next day. This pretty much sealed the VIX Sell signal and the only remaining question was when gravity would set in.

Tuesday’s open was a nasty surprise for anyone who prematurely had bought ‘the dip’ a day earlier. What has followed since is a normalization of the SPX:VIX ratio but I would not call it a bullish signal yet. 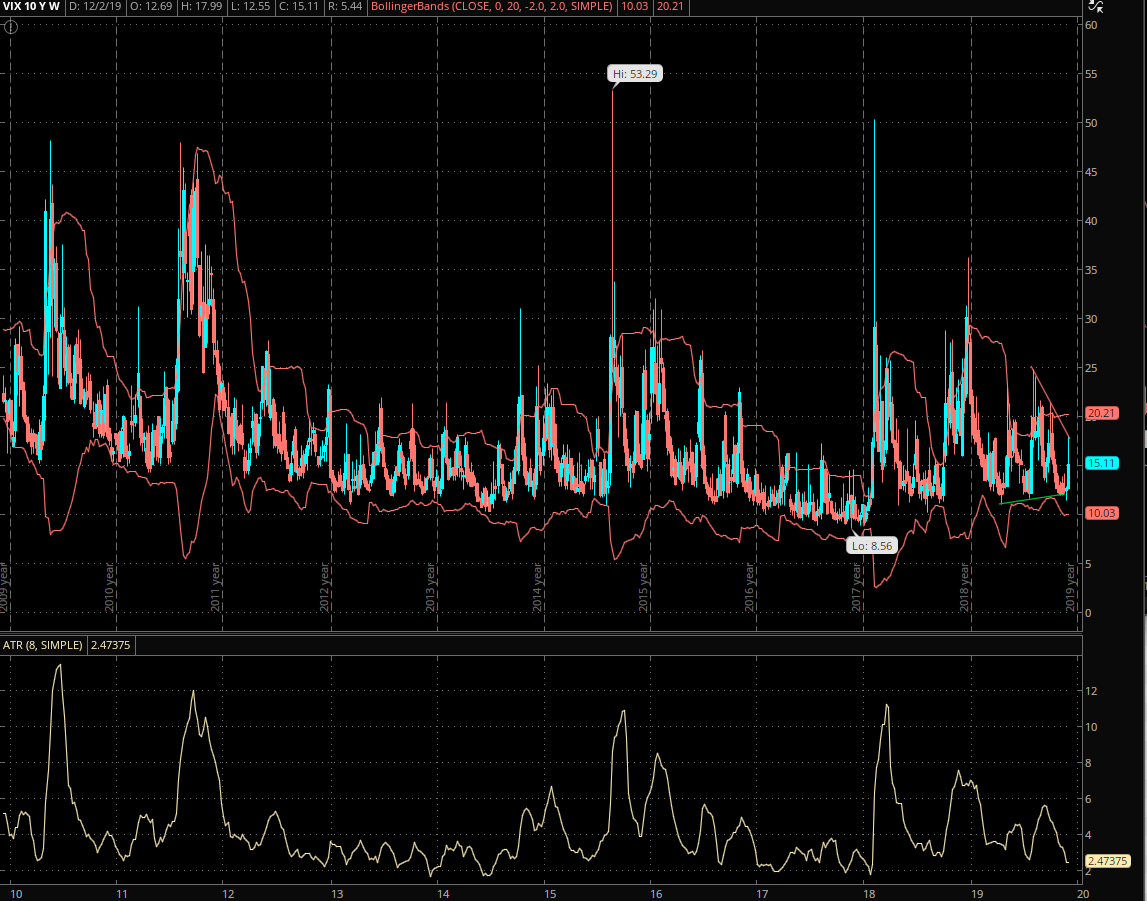 Let’s look at the long term VIX for some context. Clearly this wipe out is well within the scope of a ‘healthy correction’. To be expected in the early weeks of December after a bullish November bestowing us with new all time highs. 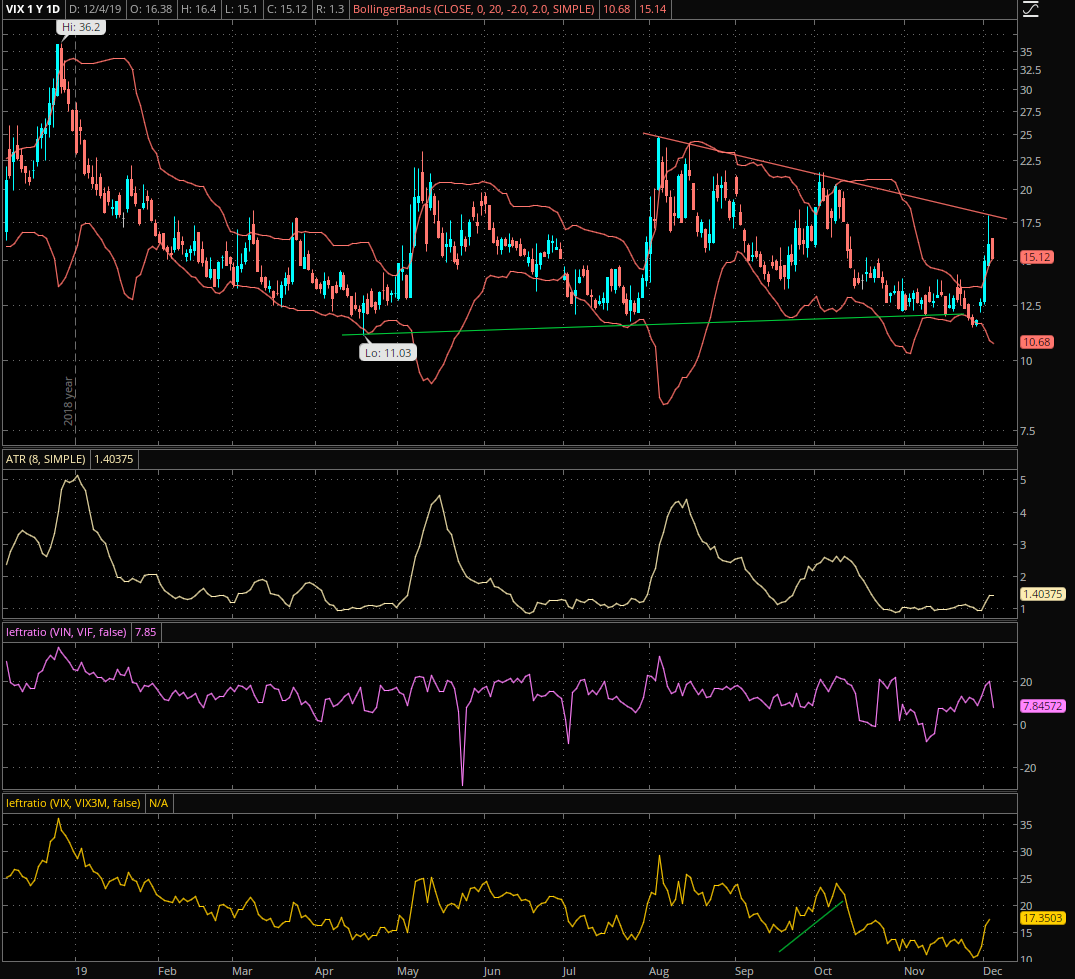 And then there’s that touch of the current trend line which currently stands near the 12.5 mark. I’ve long been posing that a decisive drop below this threshold will be necessary to officially pull us out of the high volatility market cycle we have been experiencing since early 2018. More on that further below >>

By the way, if you glance at the bottom panel on the chart above you’ll see delta between the VIX and VIX3M (formerly the VXV) – the ratio is what we usually refer to as the Implied Volatility Term Structure and I use it to weigh short term vs. medium term risk perception.

What surprised me was that yesterday’s session started with an IVTS of 0.78 which is amazingly low given the preceding slide. Which makes me a bit skeptical as to the potential for further downside right now and right here. 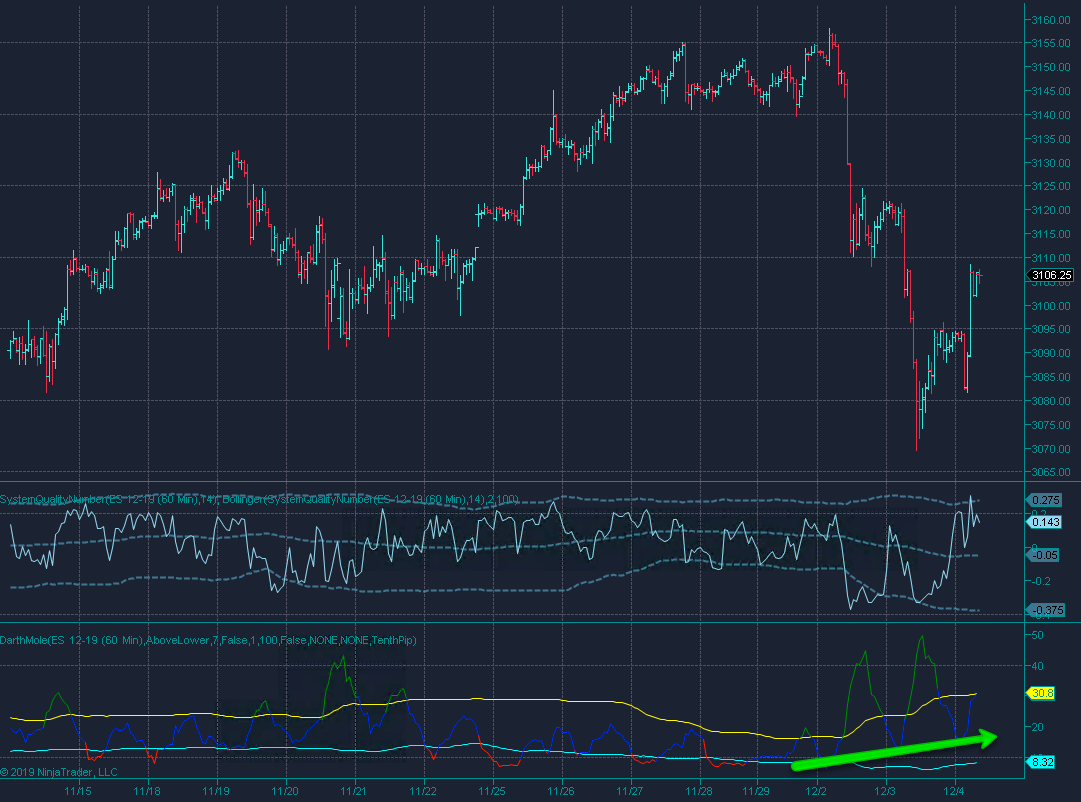 The one big fly in my bullish ointment is that realized volatility has jumped significantly and is not expected to simply dissipate overnight.

A quick snapback as the one we are currently seeing is very typical for corrective cycles, which makes me cautious about being long.

Disregard this if you managed to secure an entry yesterday – in which case I would let your trailing stops do the talking. 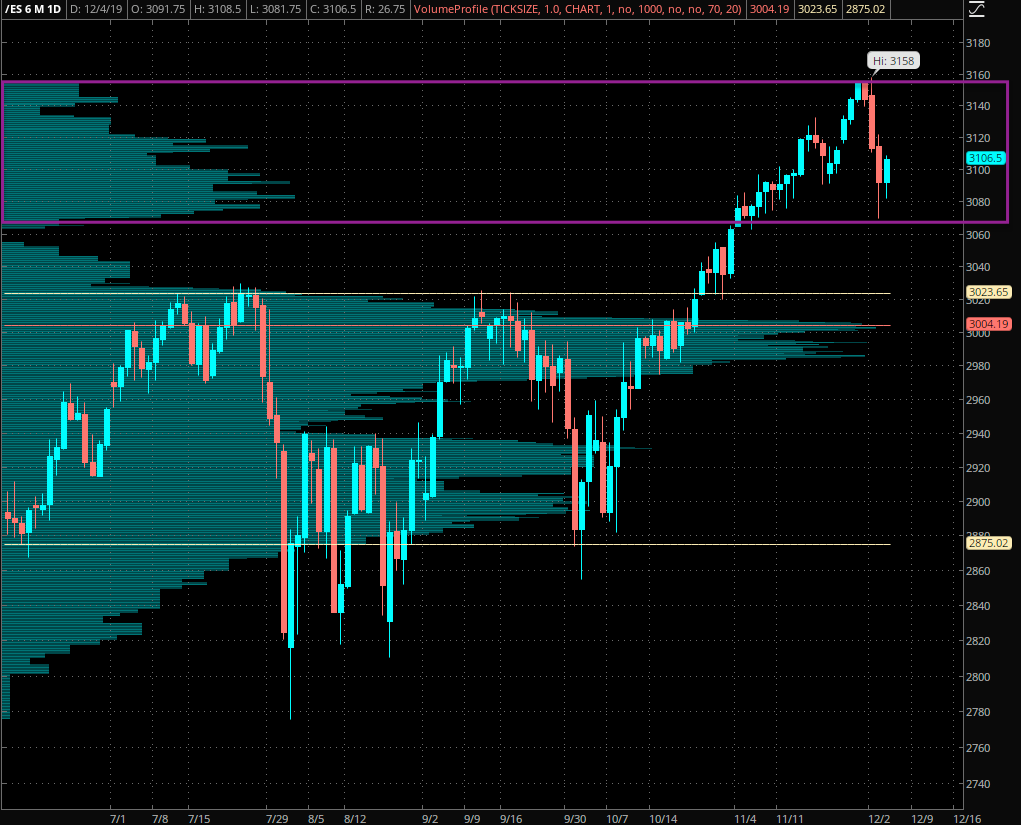 The volume profile on the E-Mini clearly shows us a bounce near the upper ranges of a volume gap spanning between ES 3050 and 3060 – admittedly narrow but thus far it seems to have held up.

My view at this stage is that long positions are a bit premature but may be considered after another retest of the current spike low near ES 3068. Suffice to say that I will be watching the Zero indicator with interest over the next two sessions. 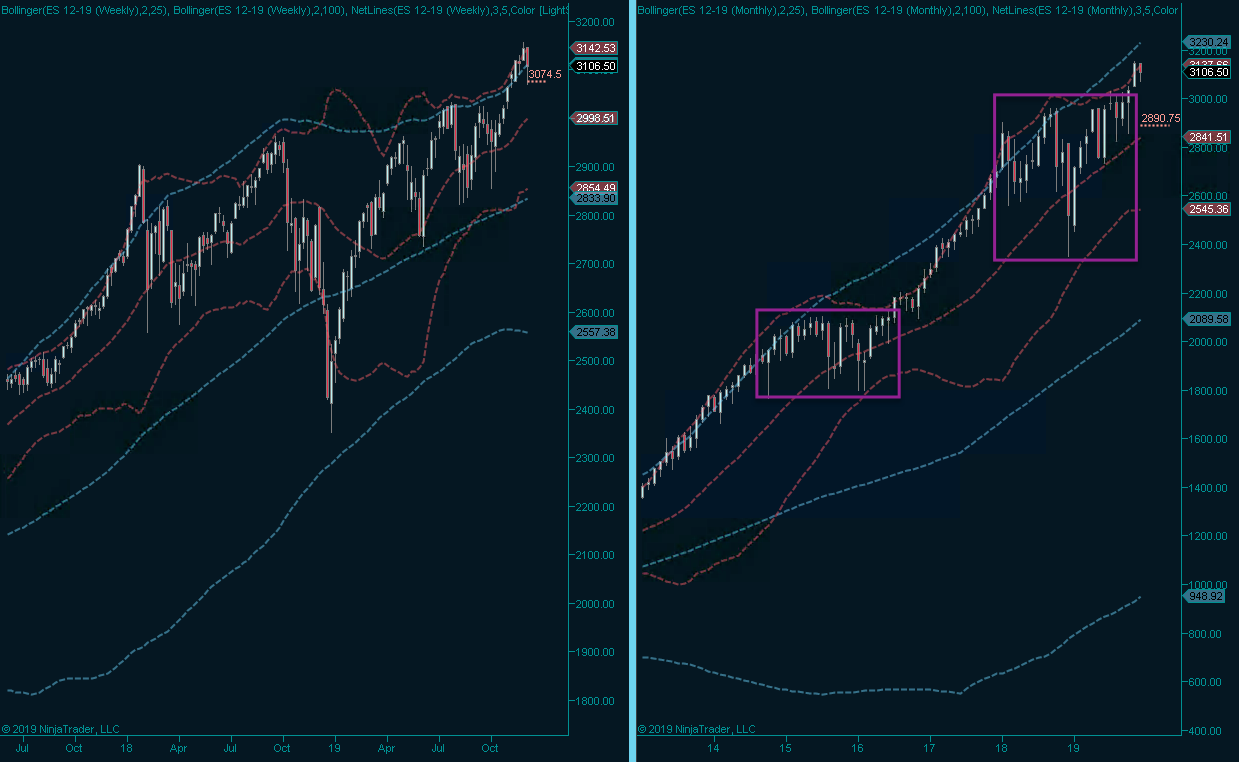 Let’s zoom out one more time for a long term perspective on equities. The high volatility market cycle I mentioned earlier is clearly visible in the monthly panel on the right.

If you compare it with a similar cycle that spanned between mid-2014 and late-2016 (both circled on the chart) then it becomes clear that we have been alternating between ‘complacent grind LV’ and ‘wall of worry HV’ market phases.

I should point out that we now may be entering a new LV cycle as we have effectively cleared the brick wall at SPX 3000.