One of my favorite rats is Mr. Waffle – he’s been working overtime to make the Zero work for himself and even has gone so far as to post tutorials in the forum. 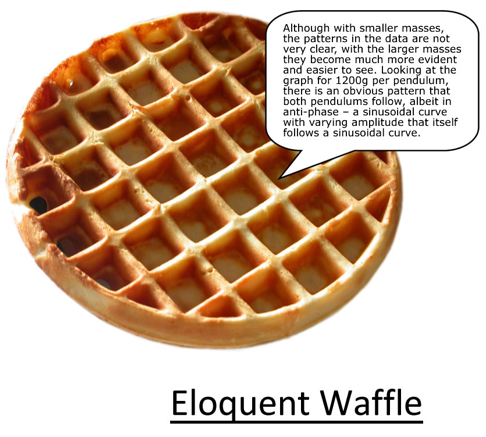 Today he seemingly had a kick ass day trading the swings and we all wanted to know how he was able to leverage the Zero Lite. Fortunately for us Mr. Waffle is not just a talented trader but also appears to be technologically savvy as he put together a video of each of his trades today. This is a must watch for all you subscribers and maybe also for you guys thinking about joining:

Quite frankly, I’m not a day/swing trader but watching this I’m considering to throw a few contracts into the mix myself next week, just for shits and giggles. Of course the trick is knowing when we’ll get wider swings like that which is why I am watching the mole as well. When you see the bubble expand and increase in size as it did today you just know you’re going to have some movement. Plus, it was Wednesday of OPEX week, which traditionally is the busiest day. Thursday and Friday are most likely going to be a lot more subdue.

A big up to Mr. Waffle for putting this together – you totally rule, mate!

UPDATE 11:45pm EST: Okay, since I’m a workoholic and just finished updating my charts – here’s a quick preview ahead of tomorrow morning: 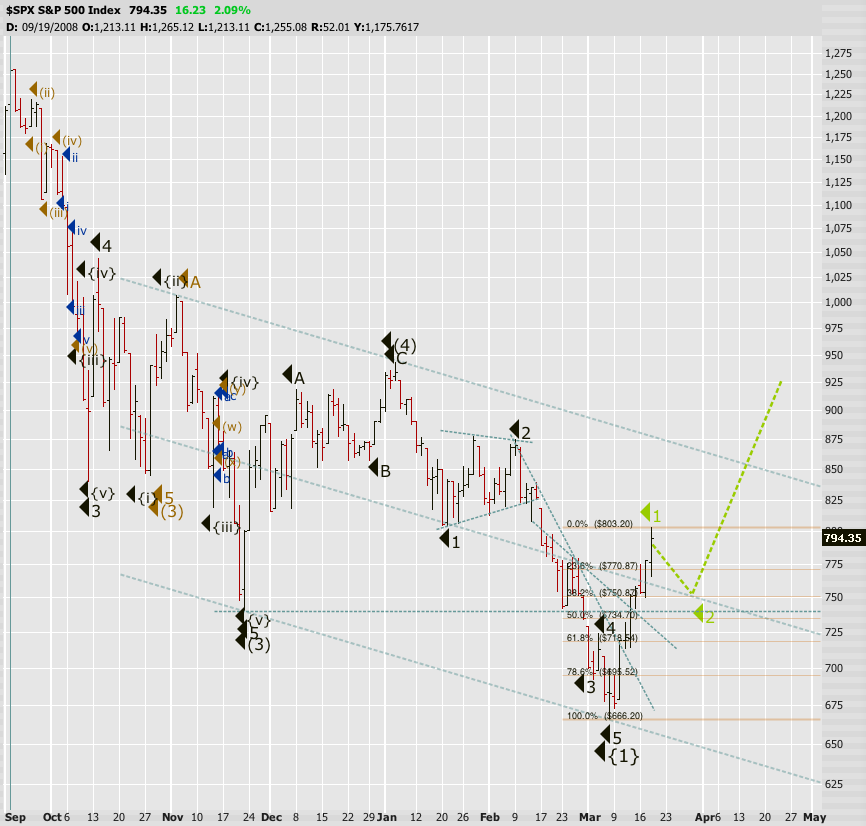 I am actually looking at two scenarios. Either we are in Primary {2} and thus plotting green or we might be tracing out that old blue scenario I was pimping until the beginning of February – remember that large blue flat? 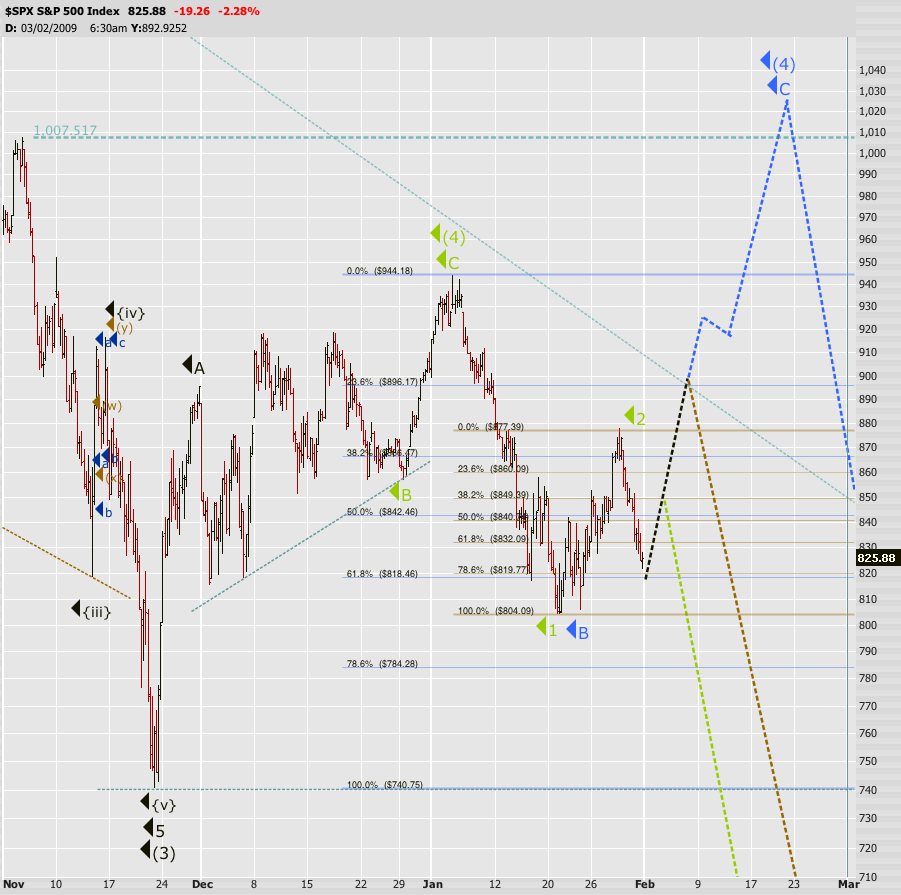 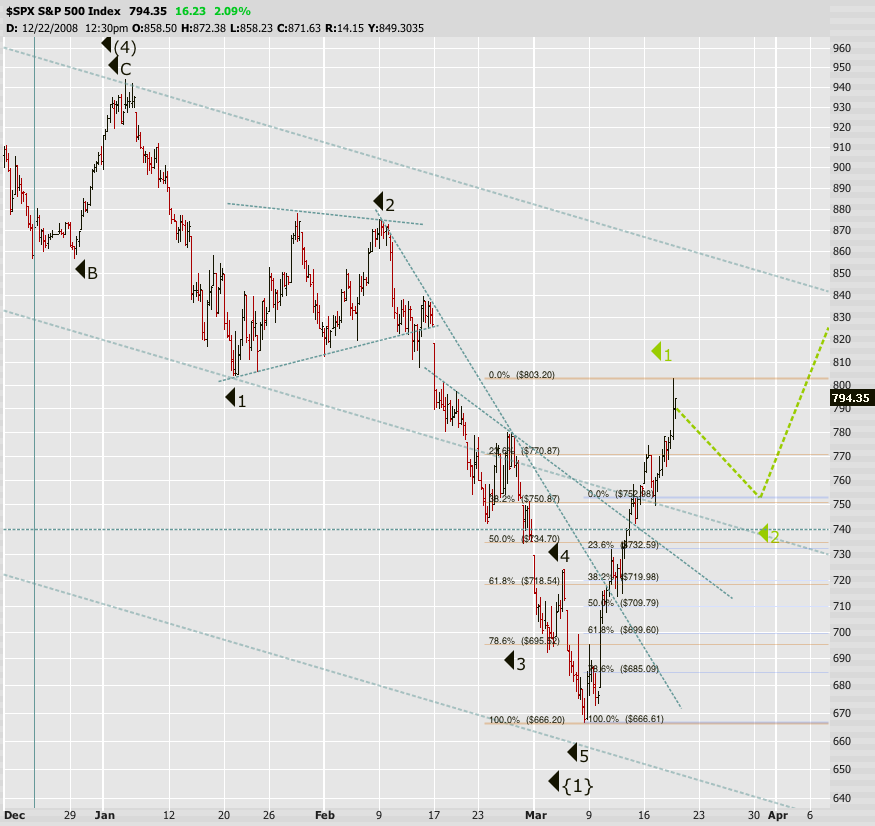 However, none of that matters for the next few week(s) as the path seems to clearly favor the upside plus even if it’s a flat we’ll get five waves up. Short term we might push up a bit further tomorrow (maybe breaching 804) but sooner than later we’ll start consolidating – a good target would be the 750 range.

Anyway, this is all I have time for tonight – we’ll have plenty of time to digest all this in the coming two days. I expect the tape to be pretty boring.