Wake Up And Smell The Coffee 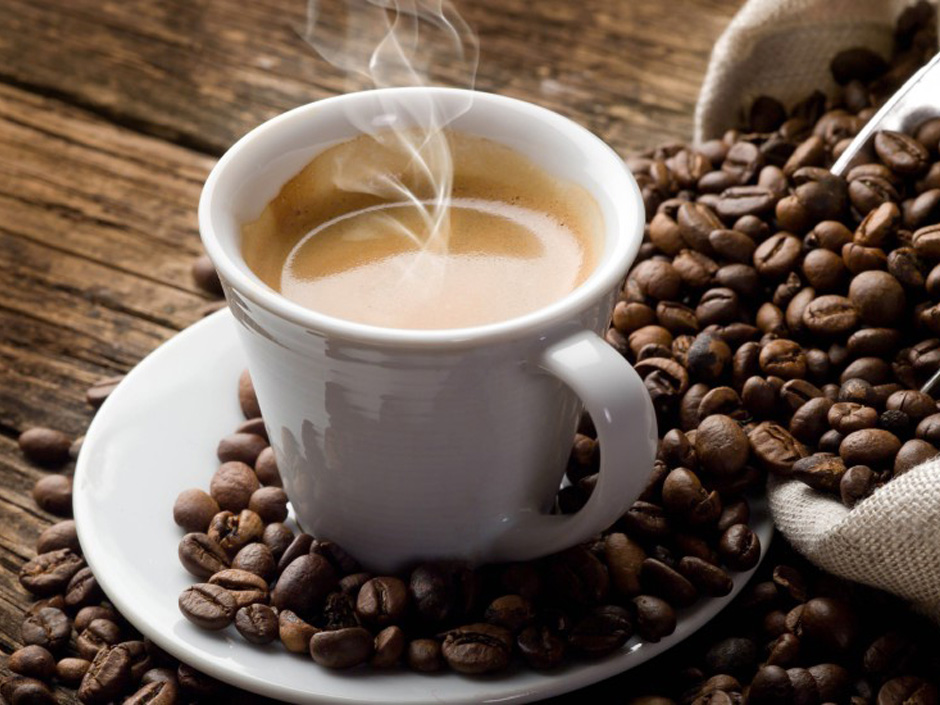 Happy Controversial Day! Yup, I’m not even going to touch this one with a ten foot pole, as I’m getting mighty tired of the non-stop political drama we seem to be inundated with on a daily basis. So let’s talk markets then, shall we? Which is starting to look rather droopy and in the context with my momo update last Friday can be summarized by one simple chart: 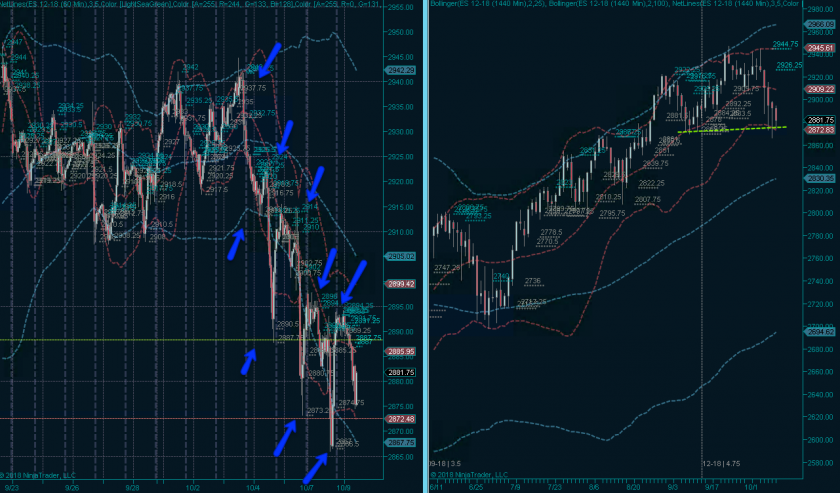 First up, I tried to catch the low twice now and failed both times. Fortunately I employed very small position sizing (0.3%) as I was aware of the growing possibility of a medium term correction – again, see last Friday’s momo update, which is crucial to understanding what’s going on here.

Now the current formation once again is looking like a great entry opportunity but I’m going to give this one a miss as it’s becoming increasingly clear that we are painting a growing series of lower highs and lower lows. The support zone near 2878 (plus minus a few handles) has held thus far, but given the past two stop outs I now need to change my approach along with the market.

Which means that I can only be long if this series of LHs and LLs is being breached and that effectively puts my long entry threshold at around 2900. Yuppers, that’s a lot of juicy handles that are lost but the odds of success would be at least twice as good than chasing every single spike low that’s being dangled in front of our nose here. Bulltardism is real – you heard it here first.

To make sure you guys understand what I’m doing here: It’s alright to chase spike lows near inflection points as long as the odds support continuation of the overall trend. Once that changes you need to be aware that your low probability lottery tickets are going to become costly and may also lead you to engage in revenge or hopium based trading.

The best approach to counteract all this and also to retain your sanity is to simply leave it up to price to point the way. Right now it’s pointing lower and until it breaches one of the previous spike highs (and preferably retests it) long positions are off the table. 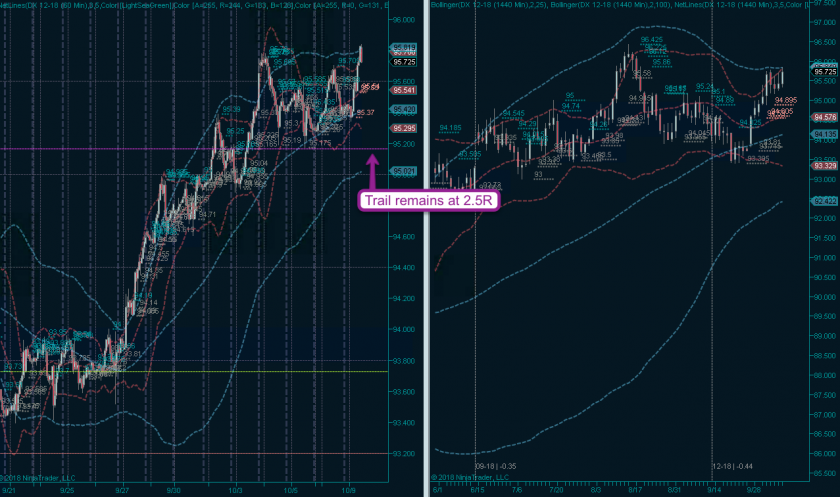 My only remaining open position (outside of the new entries below) right now is the DXY. And it continues to point higher – all hail King Dollar! Every tick lower over on the EUR/USD adds renewed vigor to my existence (and increases my spending limits). 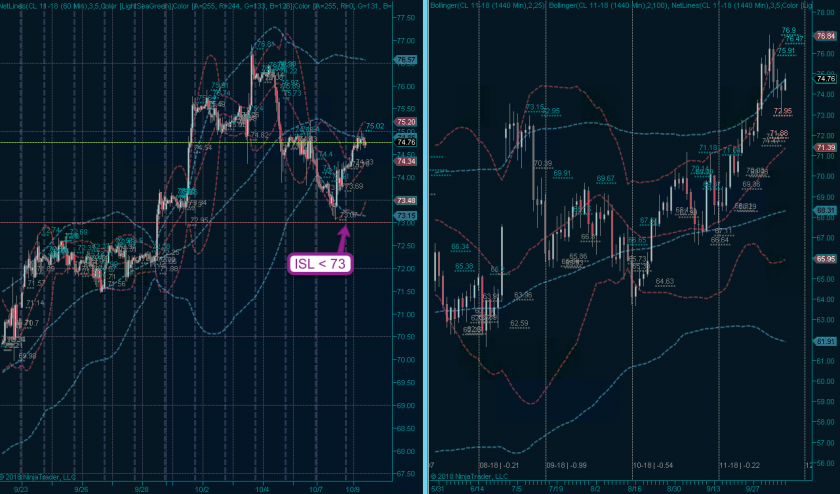 Crude is looking like it may be ready to paint a spike low and continue higher. Quite frankly you will most likely be able to grab a better entry but I won’t be around when that happens so here we go. ISL < 73 which ought to keep bad spirits away (Halloween is coming – for now that is).