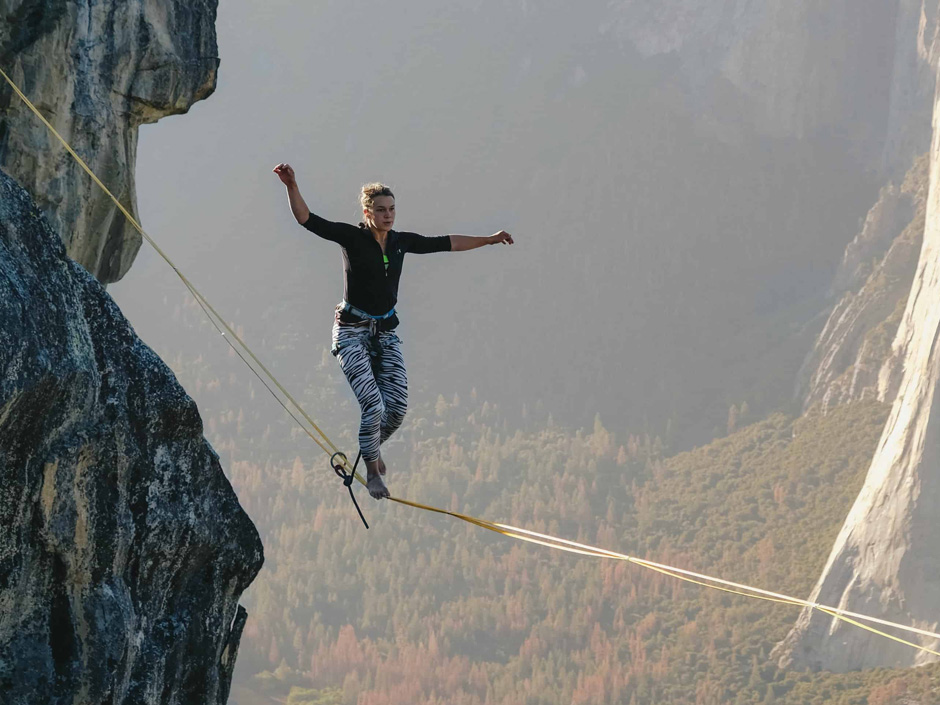 I was observing the signal on the Zero throughout yesterday’s session which seemed to be dominated by low volume but consistent selling pressure. Total contract volume was a bit under 24 Million contracts traded which is 85% below the 2020 YTD average of 28 Million. Worse yet – total futures volume was 136k which is only 36% of the 2020 YTD average of 389k per session. 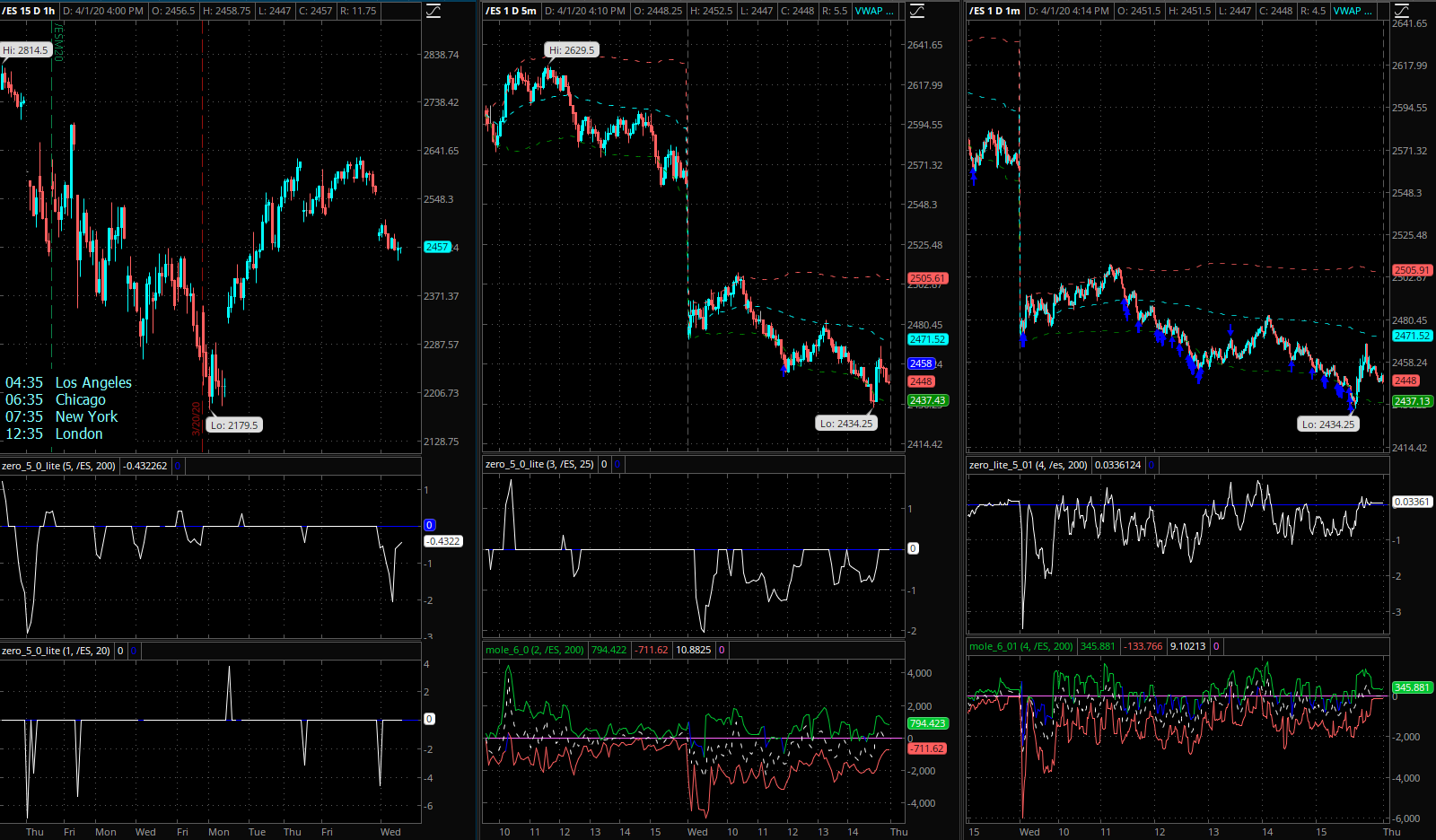 Here’s a snapshot of the Zero indicator at the close of the session. With a few brief exceptions the signal continued to point downward all day and VWAP as only touched once – and instantly repelled. Can your silly MACD, stochastic, or RSI do that? I didn’t think so and if you haven’t already then sign up as a subscriber right now. 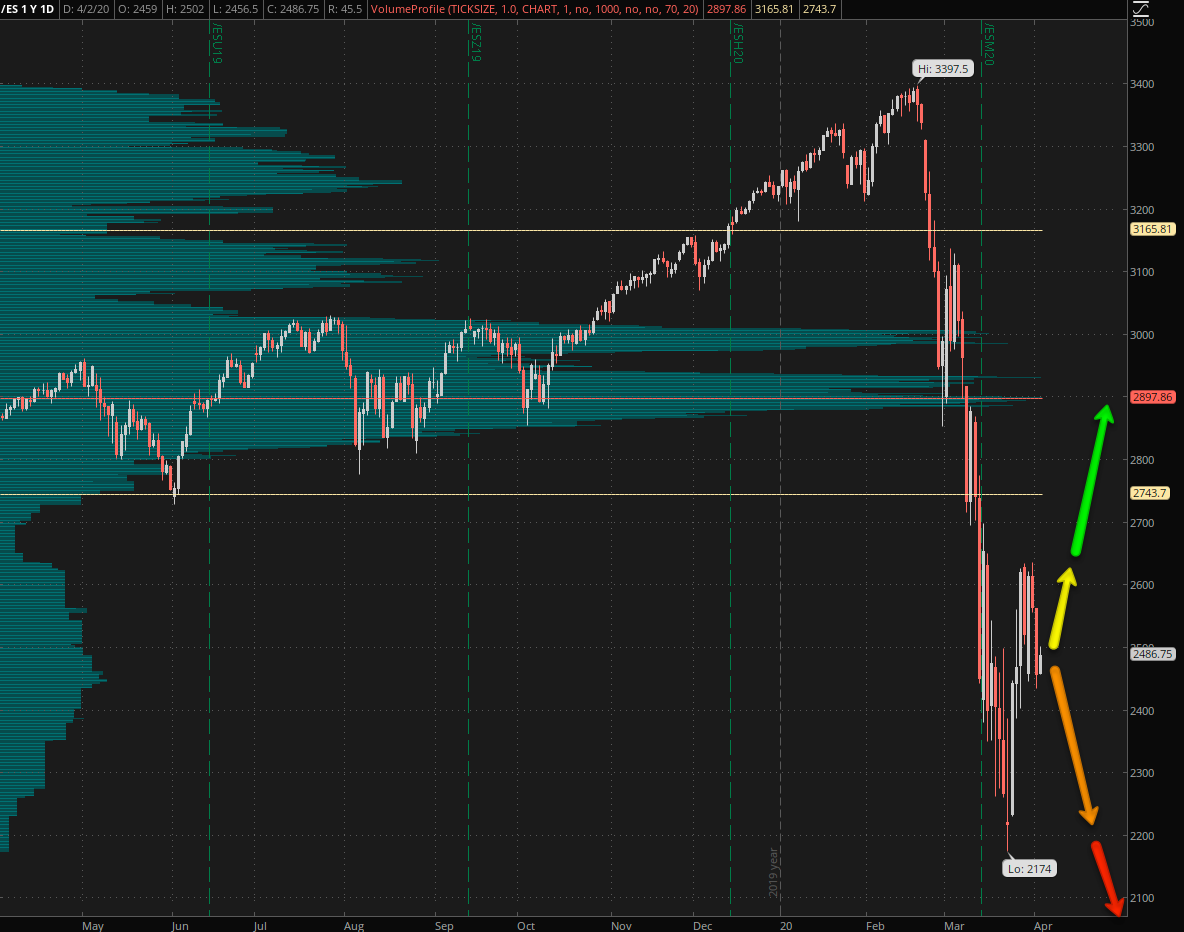 If you have been a long time reader then you just may recall my Soylent scenarios which I used to post all the way back during the 2008 credit crisis. We’ve come a long way since but every once in a while I dust them off as they are good way to visualize the dynamics of a market that is hanging in the balance.

The intent here is NOT to predict a particular direction – as a matter of fact the whole purpose of the exercise is to drive home the point that we have reached an inflection point and that price advances in each respective direction will increase the odds of the scenarios outlined above.

Although I have long abandoned silly voodoo magic like wave wanking many of you may be familiar with the dreaded 1-2-1-2 formation in which price has an equal probability of completing an upside zigzag or a downside one. And that’s basically where we find ourselves here, no matter in which ways you choose to express it.

Coming back to the soylent scenarios – here’s how I see it: 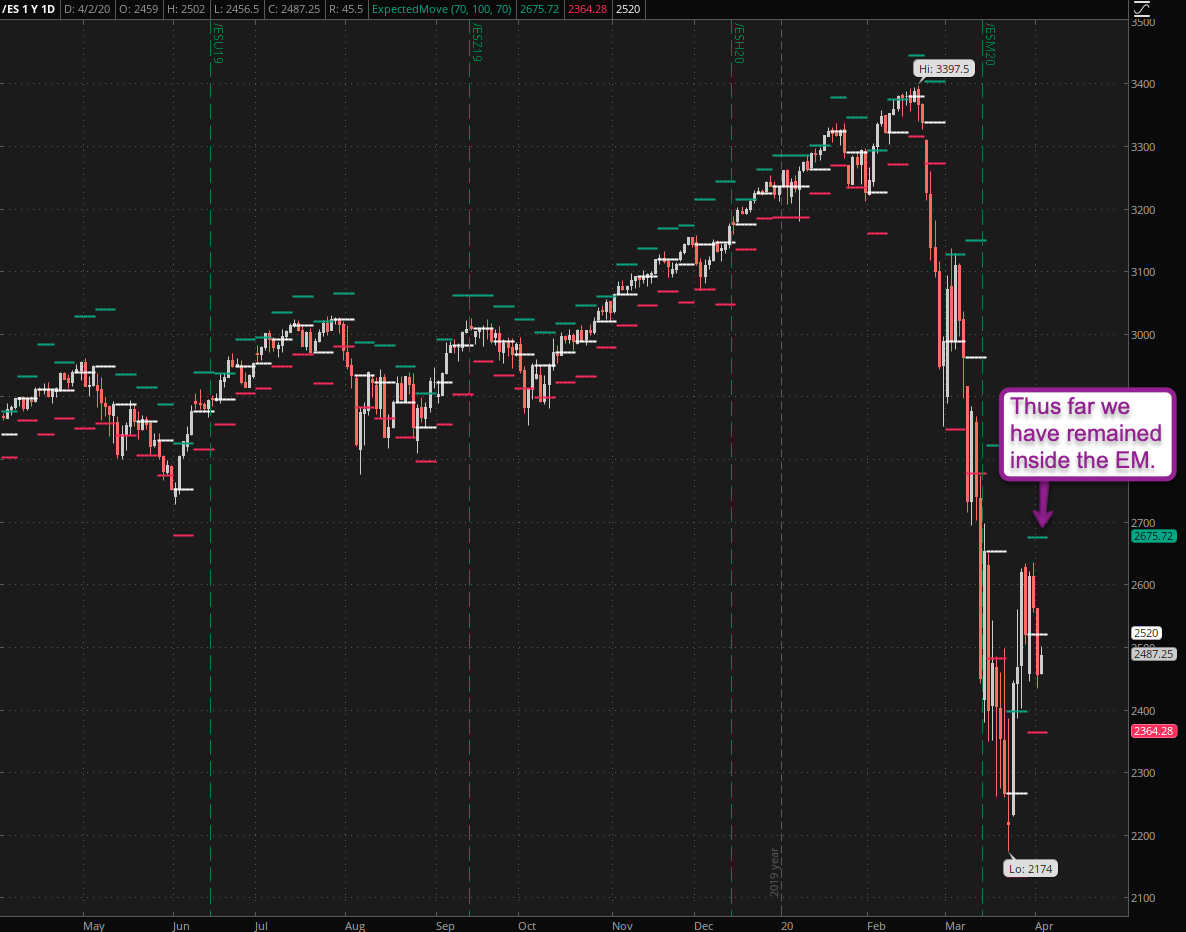 One thing that caught my attention is that the S&P has thus far remained inside this week’s expected move. That may sound academic to many but if nothing else it appears that markets are starting to finally price forward risk more adequately – assuming it remains that way. 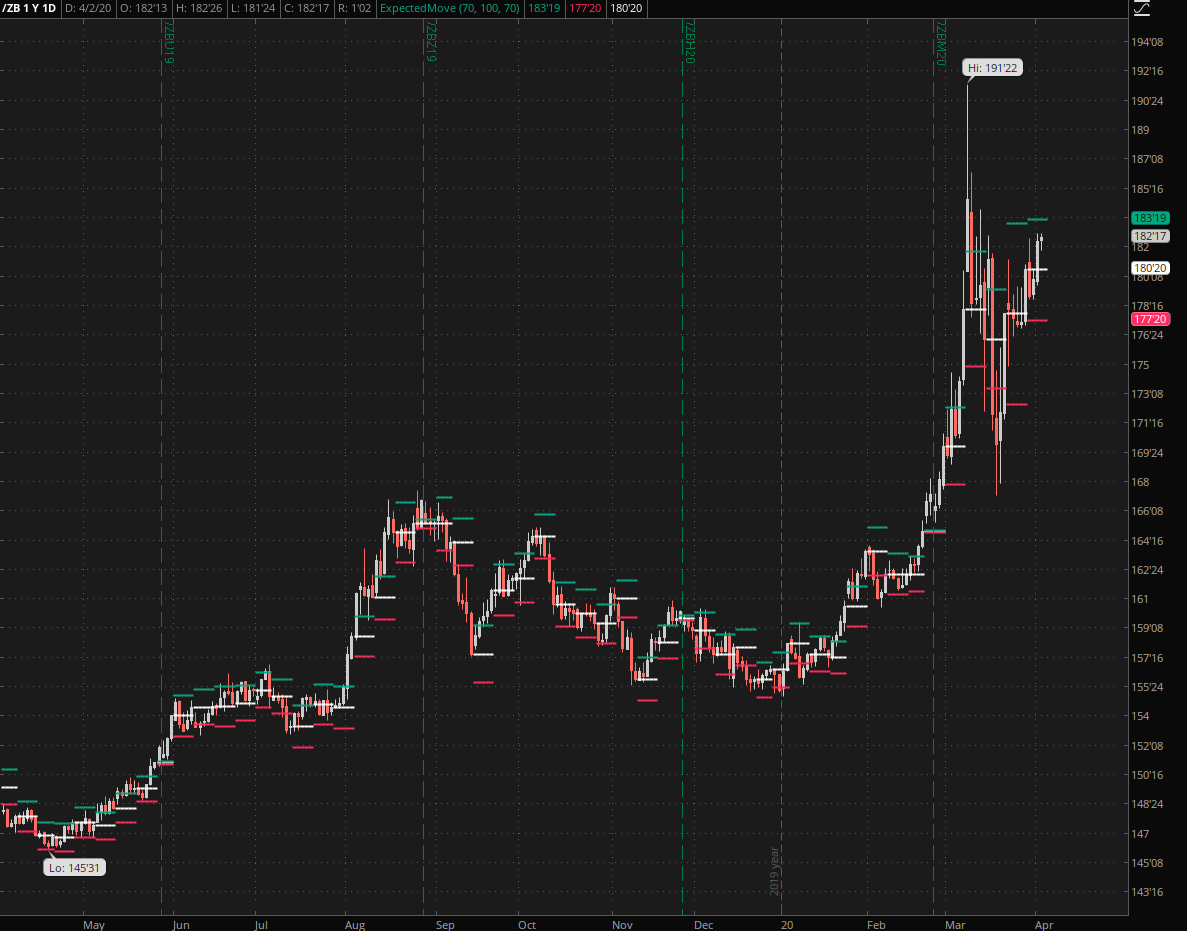 Similar situation on the bond futures here which actually did not push outside last week’s EM and thus far have remained on the inside. Those are interesting developments and point toward some level of normalization in volatility, as short lived as it most likely will be. 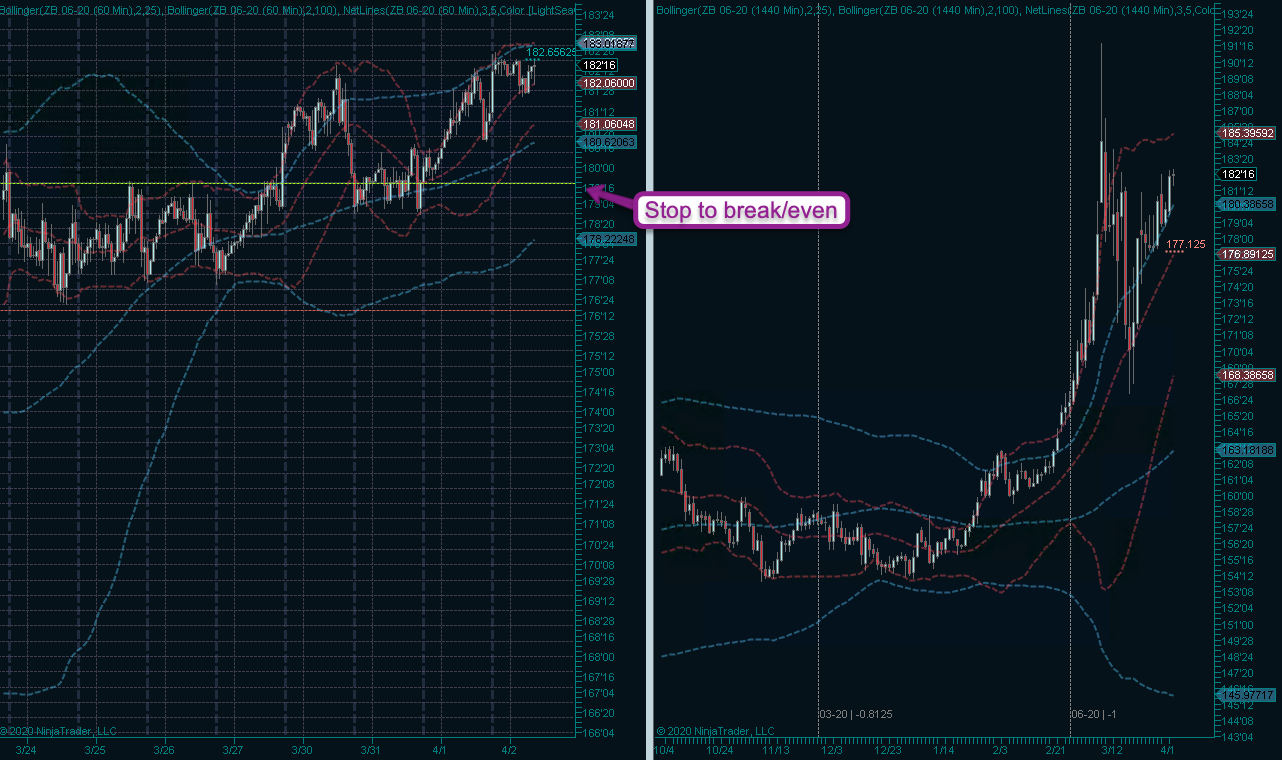 Speaking of the ZB – I am now advancing my trailing stop to break/even. As you may recall I was very suspicious about taking on this campaign due to a complete lack of volume in the bond market. But in the end if nobody else is buying or selling that only leaves the Fed which most definitely is not going to be selling right now.