Watch Me Embarrass Myself In Front Of A Live Audience 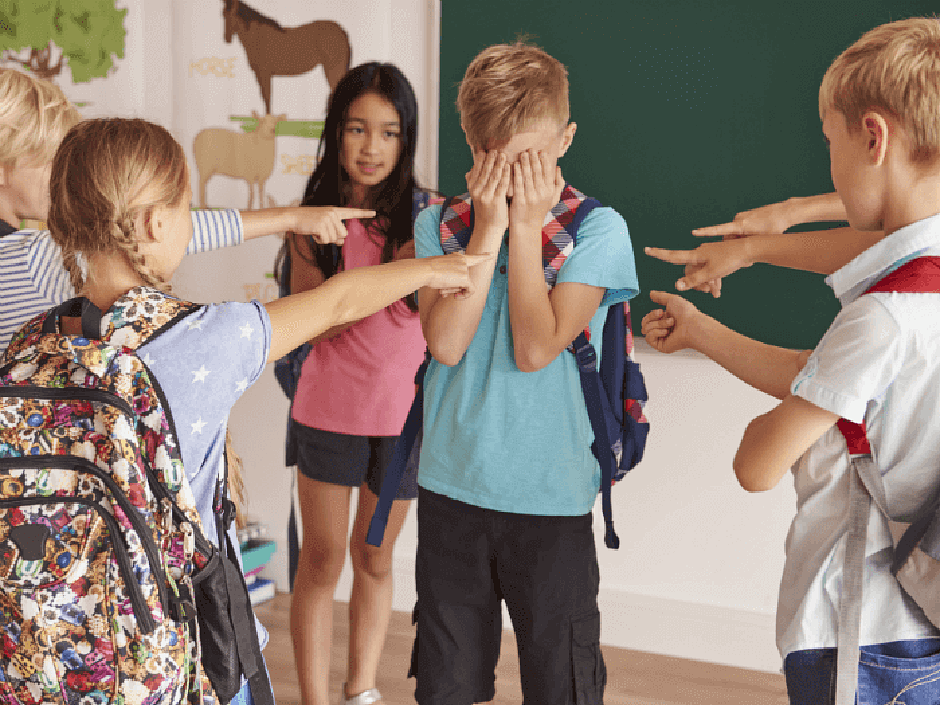 I don’t know how exactly but Convict Scott (friend of the blog and my long time debt enforcer) somehow talked me into hosting a live webinar series on the crypto trading system we’ve been putting together over the course of the past year, and then traded from $70,000 to slightly under $1M since January. And we can show you the account to prove it. Barring any technical show stoppers the plan is run the first webinar sometime this Sunday at 12:00pm EST. Sign up to my Facebook group in order to be notified. The webinars will happen via Zoom – so no Facebook account is required.

To whet your appetite, here’s a short intro with a few highlights. This is going to be a hands-on seminar solely focused on getting you up to speed on trading crypto. It doesn’t matter if you don’t know anything about the blockchain or which coins to buy.

Scott and I wanted to put together a system that allows you to start banking coin immediately without relying on luck, tips from idiots spouting opinions from their mother’s basement, or go through what I had to do, which was to spent months of my time compiling and disseminating a mountain of quantitative research.

There will be four live webinars covering the gamut:

Here’s a link to my RPQ Google calendar.

This weekend we’ll discuss part 1 – why crypto markets are different from anything you have ever traded, be this stocks, bonds, futures, options, what have you.

I saw some of you guys starting to post Bitcoin and Ethereum charts the other day and to be honest this webinar could not come at a better time for no other reason than that you cannot trade crypto like you would traditional markets.

I know you think you can but everything we have learned proves the exact opposite.

The crypto market ticks on a completely different beat and there are no fundamentals to speak of (opinions differ on this). But trying to slap some moving average or stochastic on a chart is going to get you sent into the wood chipper in no time.

So why even bother trading crypto then? 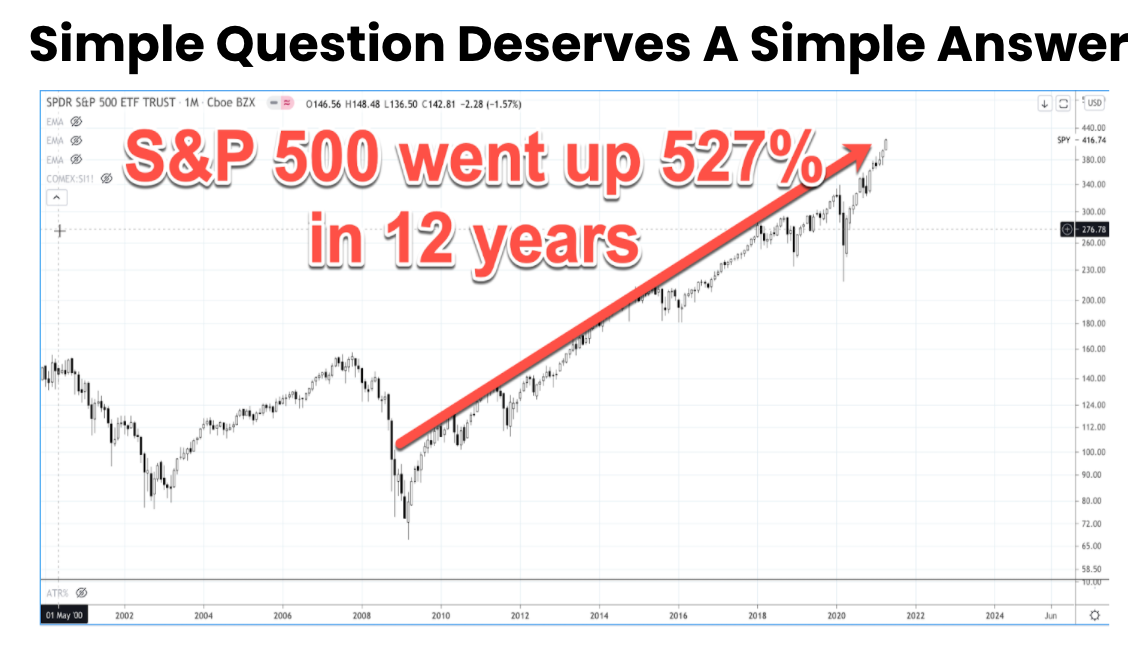 Well let me put it this way. See where that arrow starts? Just a little bit above that is when I launched Evil Speculator in August of 2008.

Look how far we’ve come. Insane! Basically this is the best performance in the stock market in all of recorded human history. How much of that did you catch? Uhuuuu!! 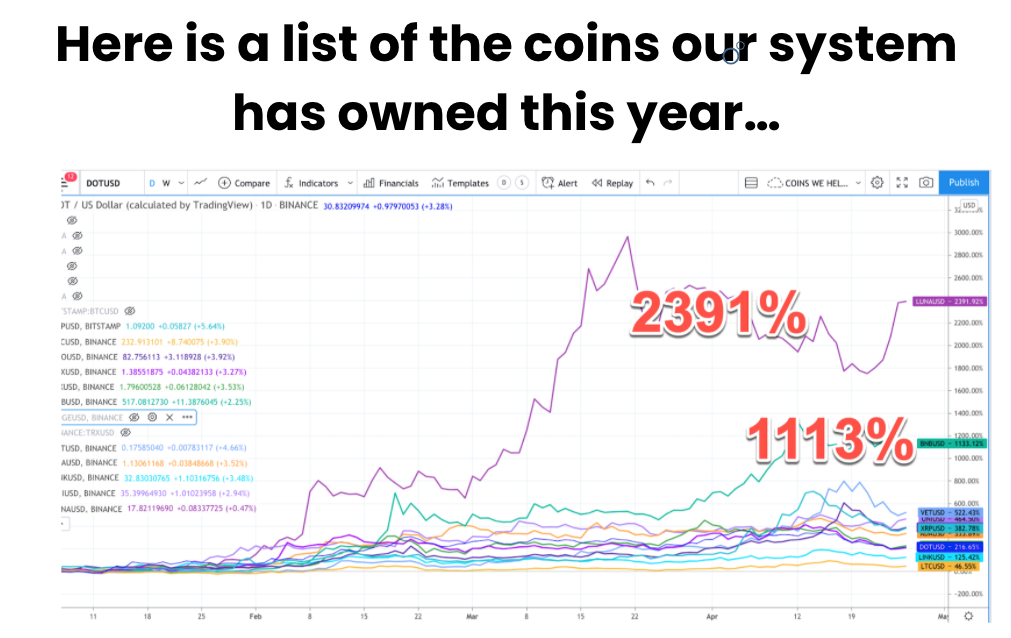 Now compare that with the list of coins we’ve been trading with our system over the past year. The #1 coin has been up over 2300% with the number #2 at a little over 1100%.

In fact the average coin did more than 500% this year.

So 12 years of the strongest bull market in history – crypto did twice as much on average in the past four months.

Is that going to be sustainable ad infinitum? Of course not but that’s where we’re at right now.

And the rule #1 for any trader is to always go where the money is going.

These markets are just turbo charged and we need to understand why they do this and why they KEEP doing this.

Okay, so I can already hear you say it: “But but Mole – aren’t the bear markets in crypto absolutely dreadful?”

And my answer to that would be: YES, absolutely they are nasty as [censored]. 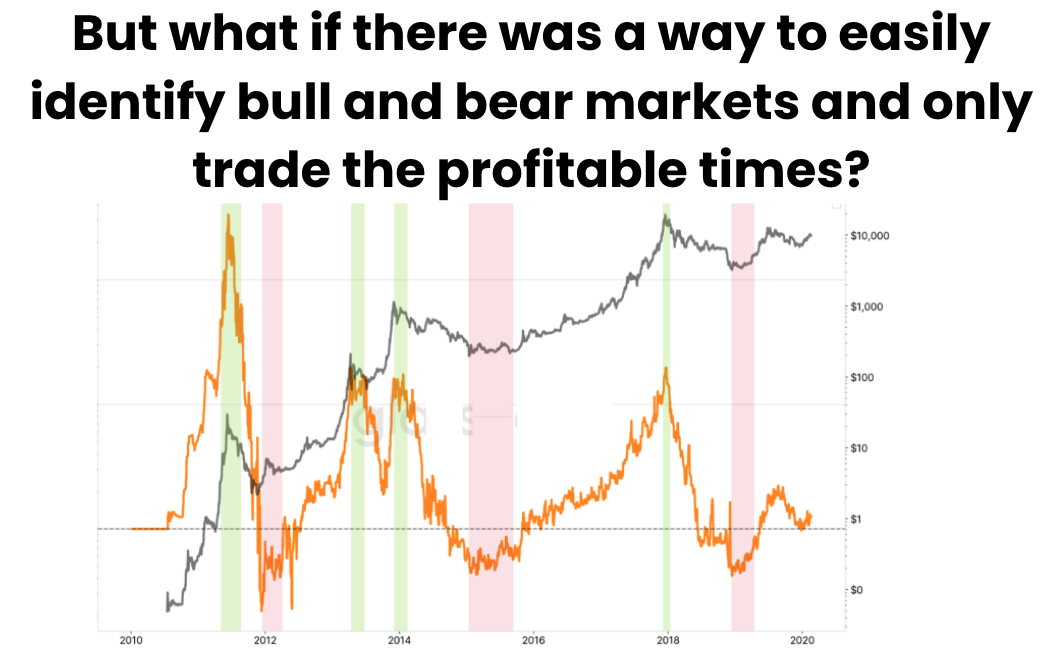 But what IF there was a way to easily identify bull and bear markets, and then only trade during the profitable times?

Well you probably have guessed it already: There is a way and it’s what Scott and I have been able to do. 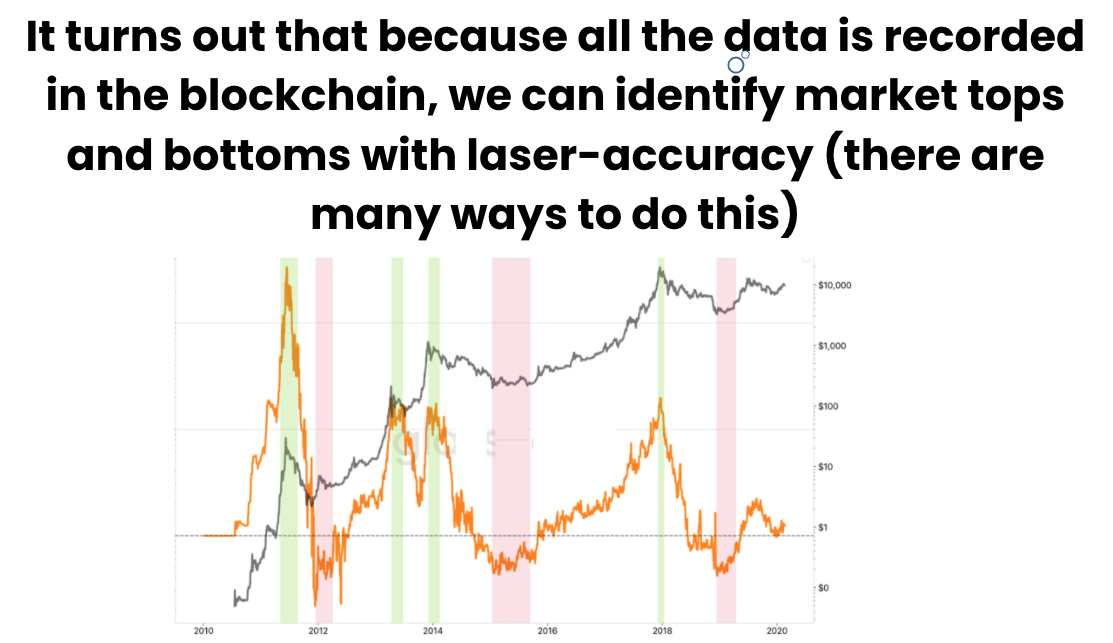 How does it all work? Easy answer – but figuring it all out took us several months. For me it was clear from the get-go that the key to what we were trying to do was hidden in plain sight inside the blockchain.

Let me put it into simple terms: Every time you transfer some coins from one address to another address that transaction gets embedded inside the blockchain. All those bitcoins or fractional bitcoins flowing between millions of addresses – all that stuff is being recorded in the blockchain.

And the underlying premise of the blockchain is that once finalized, blocks are immutable, meaning they do not change. In fact they CANNOT be changed, otherwise blocks that follow the preceding block would be incomplete and therefore break the entire chain.

That’s why it’s called the BLOCK CHAIN. There’s literally a ‘chain of custody’ in place and it’s visible to EVERYONE, including you, me, the Feds, and everyone else.

So given that we can employ advanced heuristics to determine – and this is important – how much money you or anyone else made between the time you acquired that coin and the time you actually spent it. That’s called your realized return.

So this opens the door to a lot of cool meta-data on what’s going on inside the blockchain. At minimum I can work out how much profit most bitcoin holders have made on average since they acquired their coins. I can also find out whether or not the average account is currently in profit or in loss.

But that’s only the tip of the iceberg. I can also work out the average period of time of how long people have been holding their coins, how many coins haven’t moved in months, how many are moving at least once per week, or once per month on average, etc. etc.

If you want to know the entire secret sauce then you’ll be happy to know that I will be spilling the beans over the course of the coming four webinars, starting this weekend. I’m shooting for noon either Saturday or Sunday, so if you ever wanted to watch me embarrass myself in front of a live audience, then here’s your chance!

Sign up here to join my Crypto Facebook Group and I’ll keep you in the loop. This way you will also receive updates on all others webinars that will take place over the next week or two. I’ll also be sharing more information and answer questions there.

See you this weekend!