We Are In Good Shape 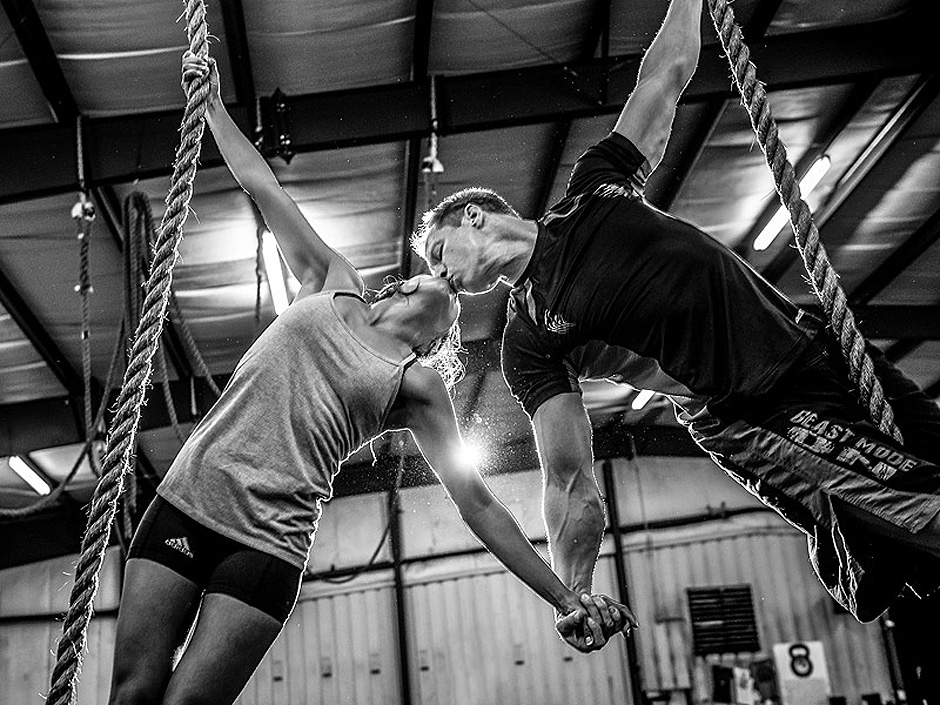 I can’t believe it’s Friday already, this year seems to be passing by me like a flash and there never seem to be enough hours in the day. Burning the candle on both ends doesn’t really help matters either as it only leads to less productivity afterward. Perhaps if all that science fiction one day turns into science fact and we get to live another 50 or 100 years then I may just be able to complete all those projects and various studies I constantly seem to be immersed in. But at least years of hard work continues to pay off today. Let’s review where we are: 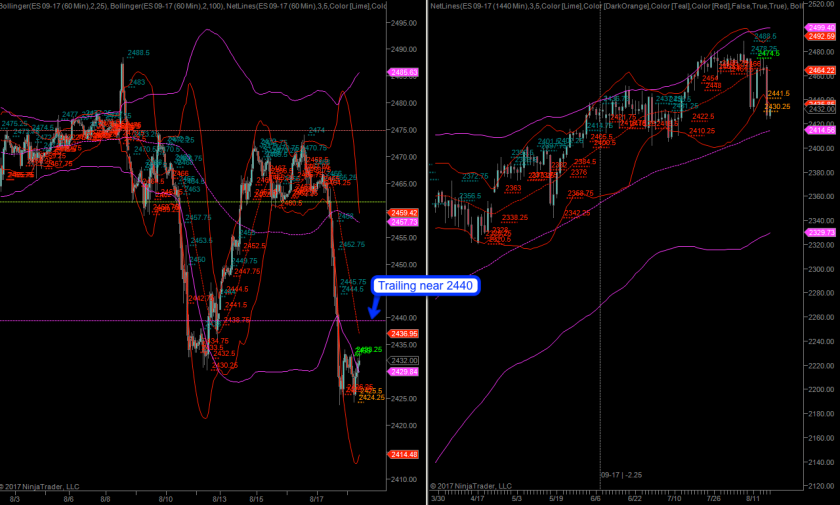 Equities pretty much fell off the proverbial plate yesterday, and the daly formation suggests that we may see a bit more follow up during today’s session. I have lowered my trail to near 2440 which locks in about 2R but giving it enough space for a potential continuation lower. 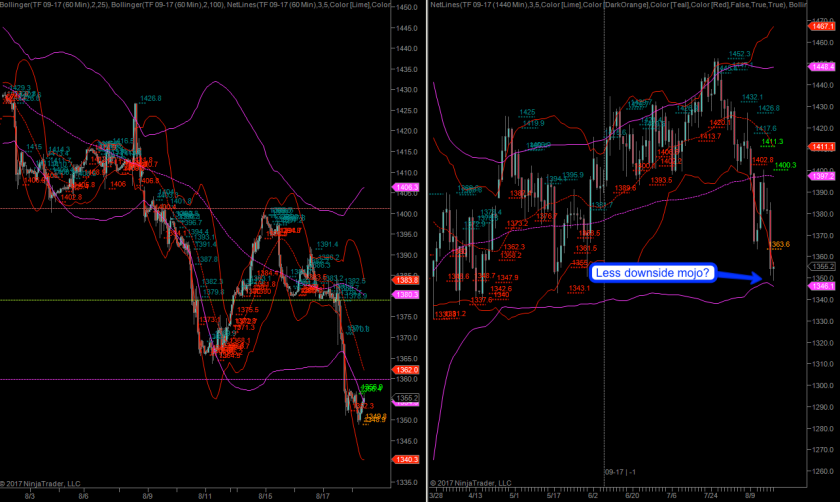 The TF campaign is also in good shape but thus far has been trailing the ES futures. So much for always shorting the weaker index! Perhaps there’s less bearish mojo after several weeks of downside, who knows… I’m trailing a bit closer here as this one looks like it’ll try to bounce from here. 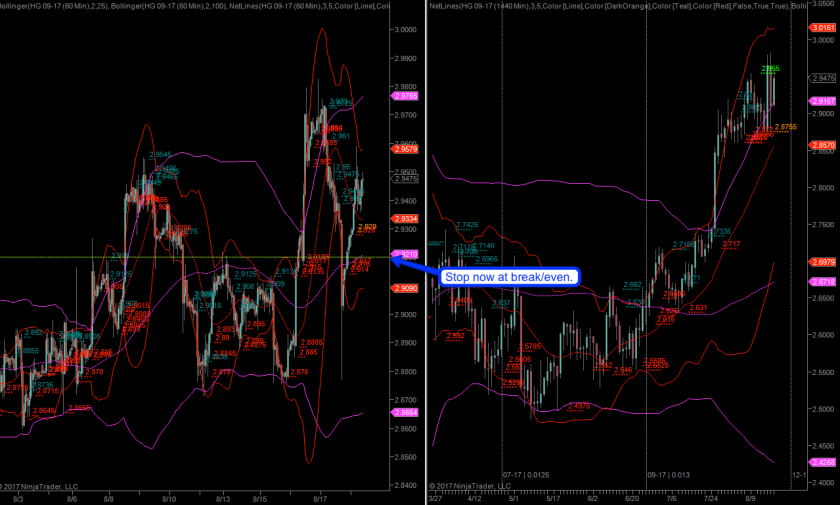 We were waiting for a more pronounced drop in copper yesterday and boy did it deliver! I grabbed my planned entry after it had established a pretty massive spike low. Could have gotten in a bit earlier actually but better late than never and I’m happy with this entry. Stop is now at break/even. 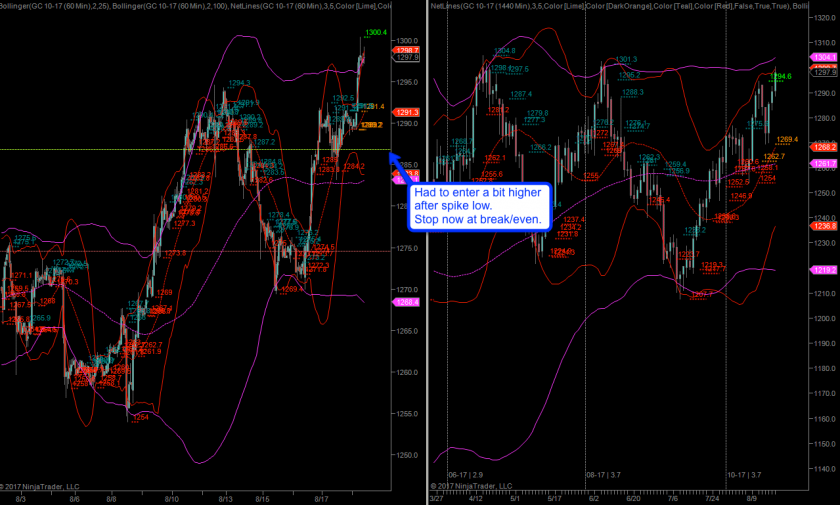 Now if you were as sub (if not please proceed here) then you hopefully grabbed some gold yesterday. I planned on being long after 1282.8 but it barely graced it, so after it had produced a spike low I entered long near 1287. Thus far it looks good and my stop here also has been advanced to break/even. 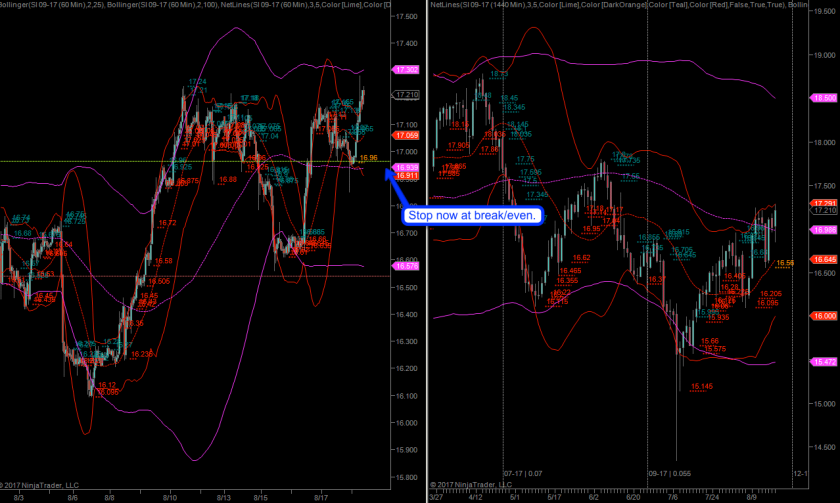 Silver entered just as planned and my stop is now at break/even. That daily panel is looking extremely promising and although we may see a retest of the 100-day SMA I think this one has the potential for an extended run higher. 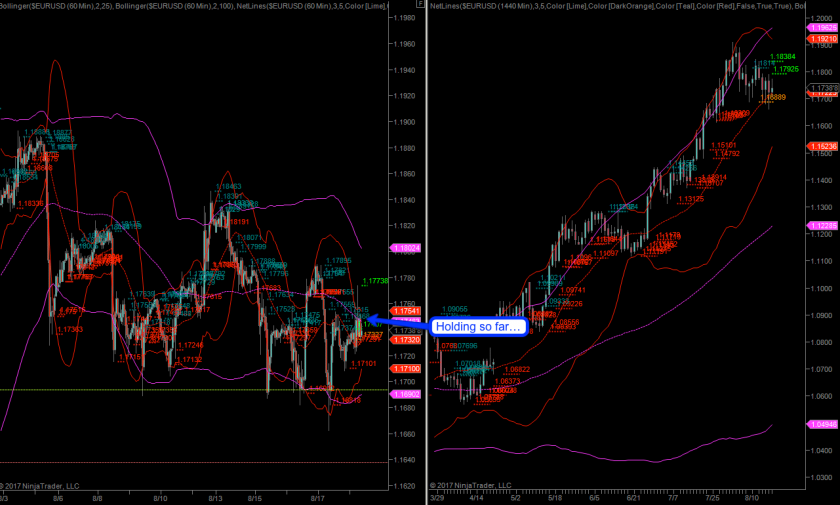 The EUR/USD is the one laggard right now but as you can imagine I’m not exactly heart broken about that fact. Nothing really to do here right now and my stop remains at ISL. 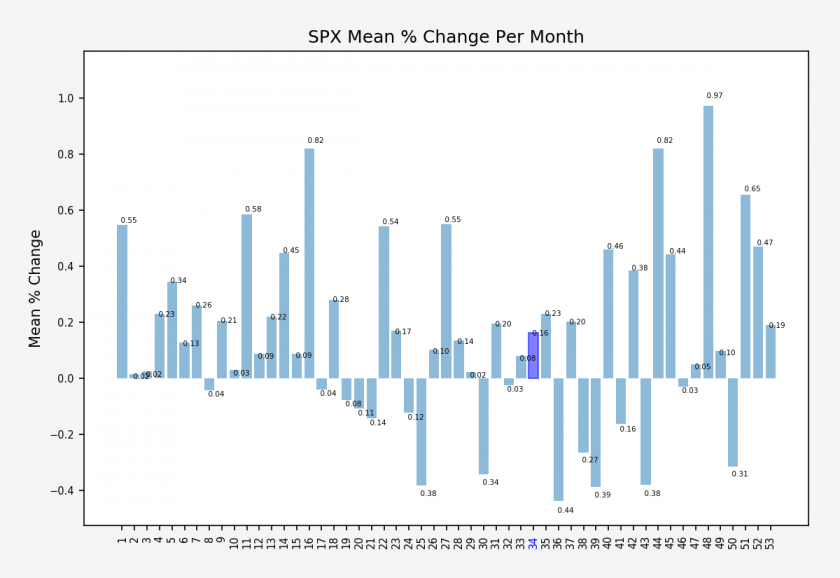 Alright as usual I kept the best for last. Remember all those juicy seasonal quant analysis that Volar used to post back in the day? Well, they are coming back courtesy of yours truly who has been working overtime to put together a collection of seasonal charts for you. My decision to delve into python and quantopian is paying off in spates in that regard as large data analysis is a lot easier and quicker to accomplish than with more strongly typed languages like C#. And unless you’re an Excel magician forget doing this in a spreadsheet, you’ll lose whatever hair you may have left.

Still coding this in Python was a bit of work, especially since I’m still earning my pertinent rep. But it’s a great exercise and it gives me the opportunity to do pretty cool dynamic stuff. For example above you see the mean weekly average change in percent for the S&P 500 since March 4th 1957 (when it was officially launched). I plotted the actual percent values right with the bars and what’s even cooler – I highlighted the current week of the year (34) in blue. And what’s even better is that I can do this now for every imaginable stock, futures, forex, or bond symbol – in mere seconds.

I’m actually considering making this a separate product where you may be able to punch in a symbol and then get an extensive seasonal report. What do you guys think? Anyway, I keep plugging on this and moving forward will start posting seasonality updates on a regular basis. Happy? 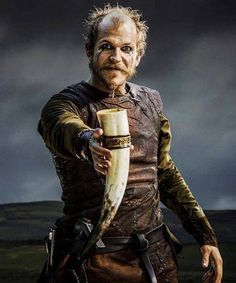