After a twenty hour long journey I finally arrived back in Valencia safe and sound. Actually it was a rather nice trip – everything was perfectly on time and I even managed to sleep for a few hours on the plane. Don’t get me wrong, I’m as jet lagged as they come  but I think I may just make it through the day without falling off my chair. 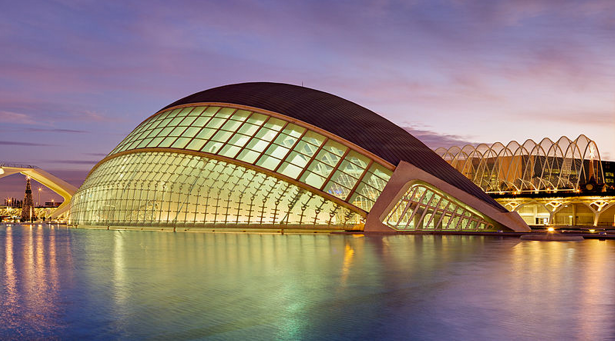 My big Apple Cinema display didn’t make it on the plane however. I called Iberia and they told me that the box was 5 inches too long – yes, I could have risked it but I didn’t want to have it refused at the airport. So I decided to simply ship it via FedEx which cost me a whopping $521 – it’s supposed to arrive on Friday and I don’t even want to think about how much import fees those bastardos at the Spanish customs are going to hit me with. I think by the time I have it on my desk (if it survived) I probably could have bought a new 32” inch display over here and almost spent as much. However I really love my Cinema display and I just couldn’t leave both of them in storage back in Los Angeles. Can you blame me? Retina display or not – I’m pretty sick of working on front of a lappy display. Nothing beats a 32” Apple Cinema, so I’m keeping my fingers crossed it gets here in one piece. 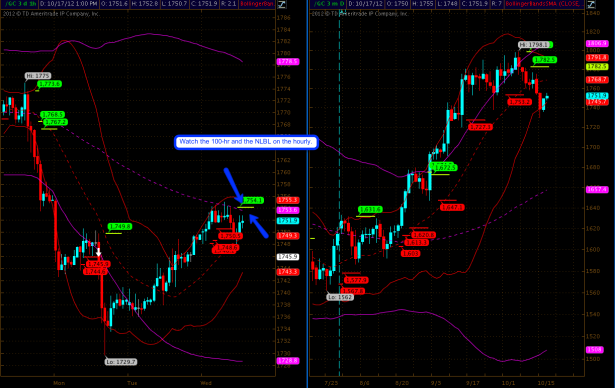 Anyway, back to work, Mr. Mole. I’m looking at gold right now and it’s looking juicy. Check out the nice little setup over on the hourly. I would watch for a breach or fail right here at the 100-hr SMA – we even get a bonus NLBL as additional resistance. If it can push above both then we should be – well, golden! 😉

So as I’m catching up with the tape it seems to me that I was spot on last Thursday when I proposed the possibility of a little bear trap. Instead of Friday we got it on Monday – hey, good enough for government work, right?

I’ll be in touch an hour or two before the bell (unless I fall asleep)  – we have much to catch up to.