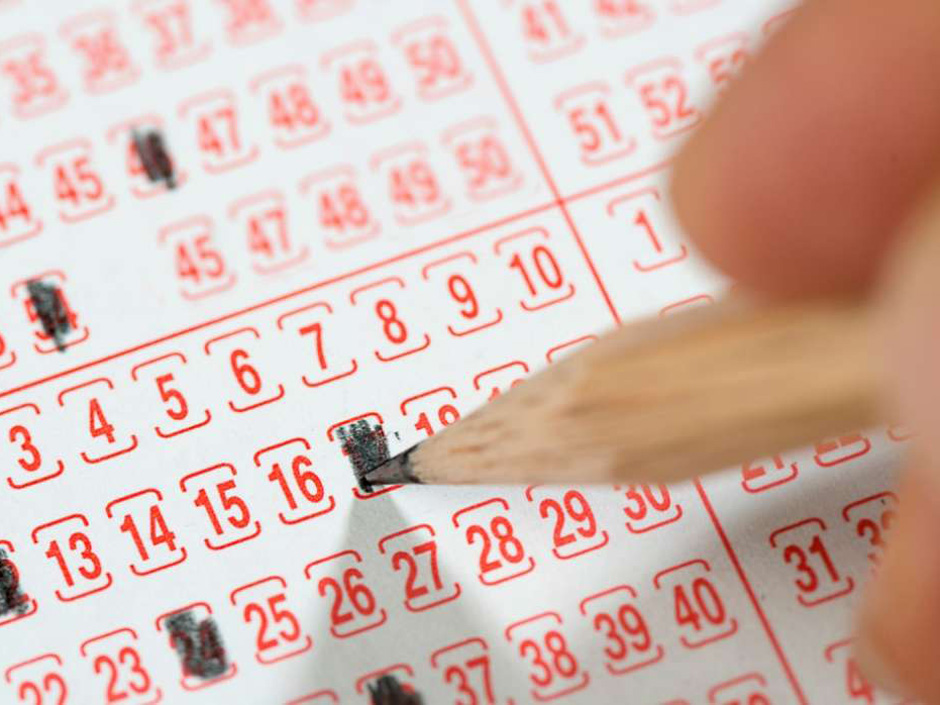 A low-probability-high-outcome setup is afoot in equities so let’s dispense with the pleasantries and dive right in. Clearly a large percentage of market participants are now anticipating a 2008 style bear market followed by seven years of locust while economic ping pong games with China are used as a handy excuse to roil markets during the summer.

Since I don’t have a crystal ball I couldn’t possibly tell you where we’re trading a week or a month from now. But what I do know very well are inflection points at which the odds may be slightly in my favor. Plus a big lesson to be learned here is that directional bias is a lot less important than the odds of outcome. 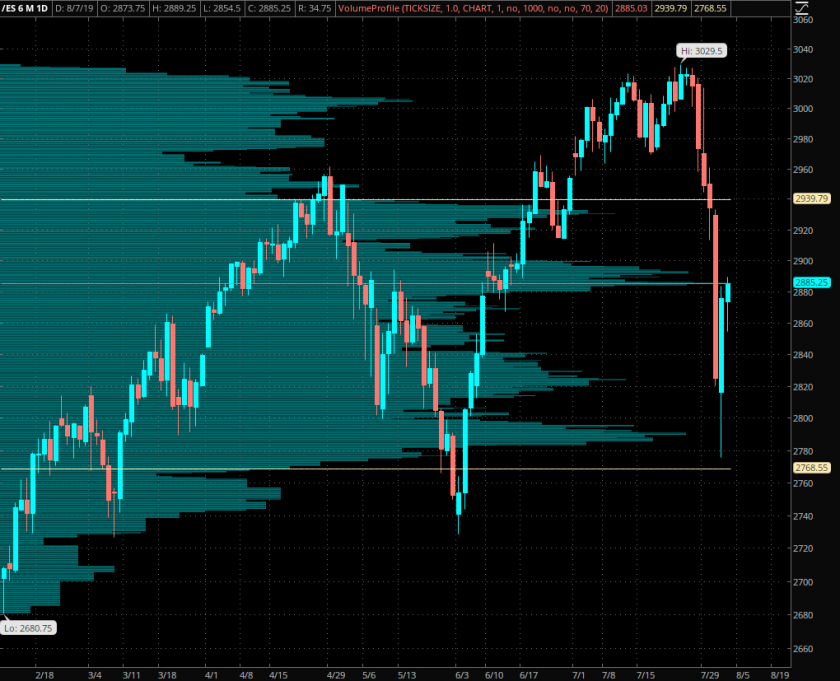 Alright, so where exactly are we right now? Remember when I pointed to the ES 2800 cluster or a bit below as a plausible bounce zone? The volume profile chart above made that pretty clear and the price action thus far is backing up this scenario.

What follows now is a rip higher which either continues and short squeezes the hell out of everyone or the rally hits a wall near 2900 and price dives back lower. Which in turn would open up the door for a medium term bearish scenario a.k.a. the bear’s technical equivalent of Jenna Jameson in stereoscopic 3D during her prime years. 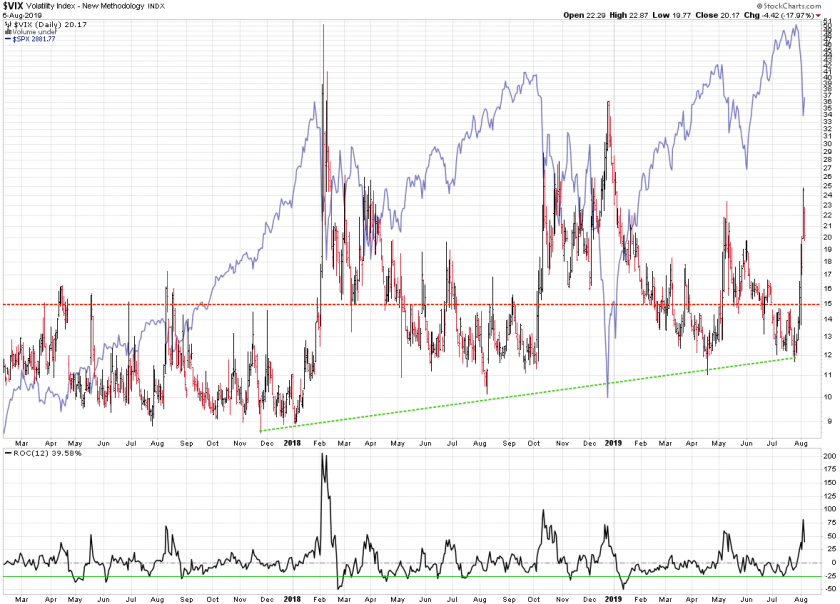 The VIX punched all the way to 25 and now has reverted to the 20 mark, which was to be expected. So if you backed up the truck on calls a day or two ago then you also bought a ton of vega which is now effectively crushing you monster truck style.

This is something we’re going to cover in detail in a future option series either here or over at RPQ, but in a nutshell: If you’re playing options here then you will have to get your ass vega and to some extent theta neutral (as we may be here for a while), which means a vertical spread.

Yes I know what you are thinking: “But spreads have only limited upside!” (use whiney voice of your choice).

YES, that’s exactly the point – you WANT limited upside in combination with higher leverage. Which puts us into a clearly defined setup with defined up and downside.

This is something I couldn’t possibly cover here in detail today but suffice it to say that buying naked options in almost all cases is absolutely RECKLESS which is why it’s mainly done by amateurs.

I bet you never considered looking at implied volatility when it comes to placing your stops. By the way Tony and I are already working on an extensive option series that’ll put you into the 1 percentile of market participants. It’ll be available over at RPQ once we’ve finally launched the new portal. 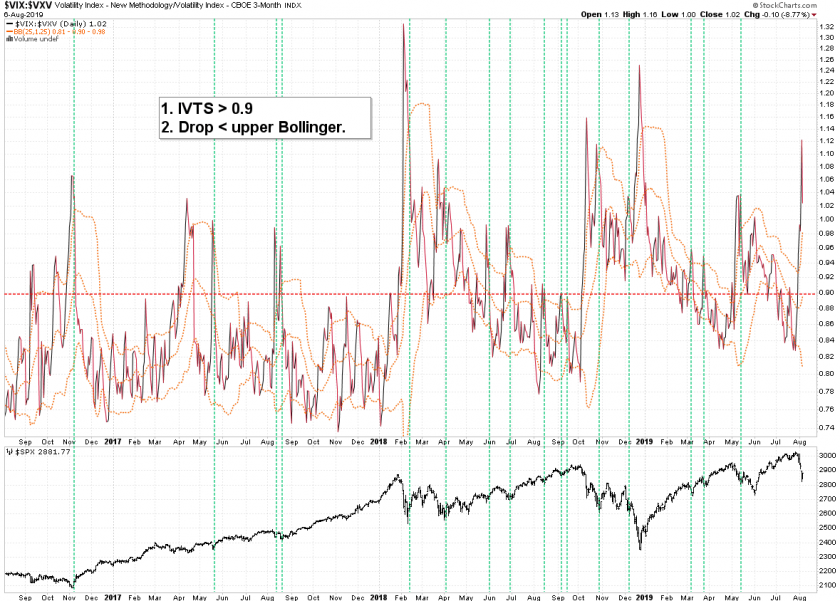 Alright, I should point out to you that IVTS is still far above the 0.9 mark plus it hasn’t entered our BB yet. Which means that this is low probability high outcome lottery ticket. Just to make sure we are clear on that one. 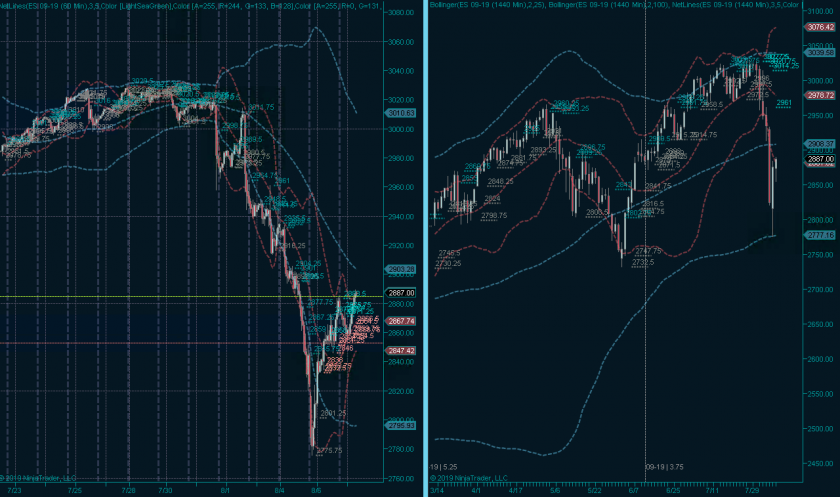 So here’s the setup: Long here with a stop at minimum below ES 2852 – you can be more conservative of course. In my not so humble opinion this thing either blasts higher here or will be mired in whipsaw for a week or two.

Regarding the odds of outcome trumping directional bias: Look, either this thing explodes higher from here or stops us out probably today or tomorrow after hitting the wall near 2900.

So we are talking a limited time frame in which we are either proven right or wrong. Plus if we find ourselves on the winning side a 3R winner is a definite possibility. All of which means a lot more to me than directional bias, of which I have absolutely no control over.

Godspeed and only use capital you don’t worry about losing.

Last Week – Time Is Running Out!

Remember when I told you that my masterclasses will only will be available for a short amount of time? Well, how time flies – because we are now in the final week – and after Friday they are GO-GO-GONE!!

So don’t waste any time and buy either series right now while they are available at a highly discounted price. Because this offer ends this Friday, after which they will not be available again here on Evil Speculator.

Meaning you are getting both classes for less than 1/3rd of the official price!

I want to make it very clear. If you email me on Saturday and ask me to make an exception… no dice. Its OFF THE MARKET FOREVER as of EOB this Friday.