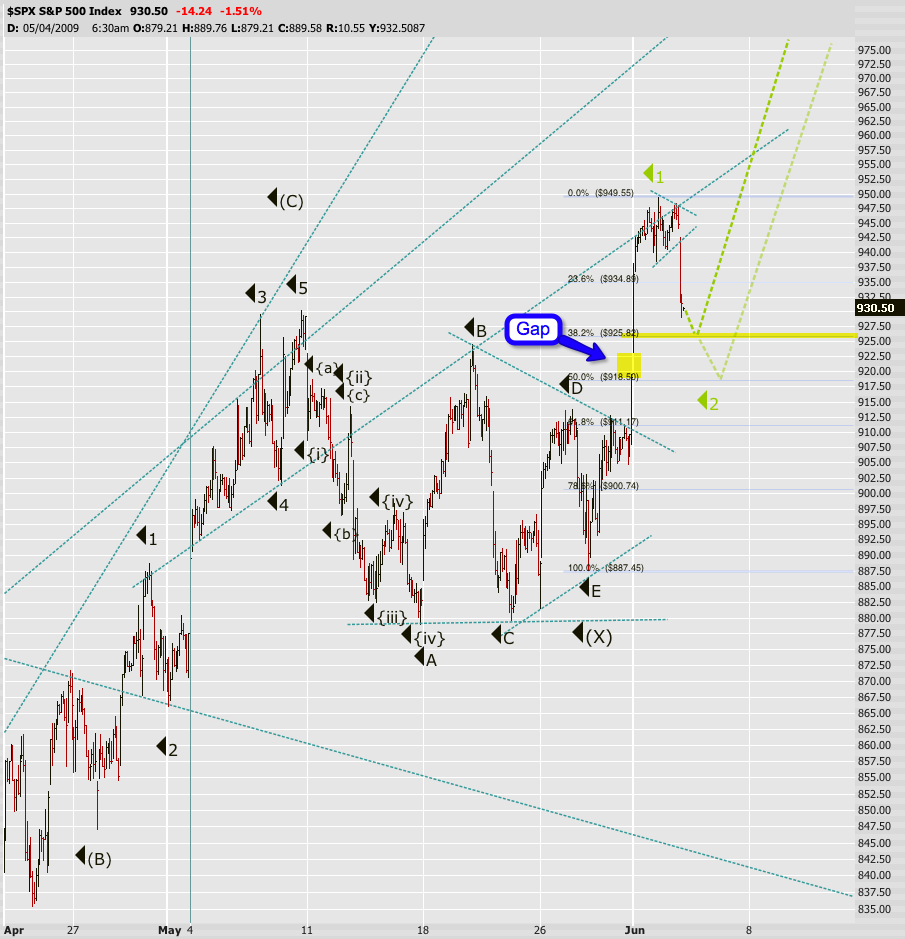 Either we are done with Minor 2 – and that would make it a fast one – or we are pushing lower to fill that gap I’ve pointed out on the chart. However, I don’t like those Zero readings at all – for the bearish case. So, if you rode this thing down then take profits and ask questions later. Hey, maybe that’s why the bears don’t get retracements anymore – none of us dare to hold beyond a few profit points.

The NQ futures are retesting VWAP at 1469 right now – this is probably an important test of the day right now. Judging by the huge ass green candle I just saw there appears a good chance that the bulls are going to win this one. There’s a buyer here. The ES is lagging behind – but if it starts embarking to touch its VWAP at 933.24 we could get some fireworks to the upside.

Basically, this is a gut check for the bears – thus far they’ve lost every single fight in the past few months. I don’t think they’re going to make a stand right here. If you are short – be cautious and play it small.

10:51am EDT: Geronimo just filled its first successful scalp for the day. Nice… BTW, I am currently working on folding in the notification module – which turns out to be non-trivial as I have to make modifications to how it handles stops. I’m pretty sure this is going to take me another day or two. Working as fast as I can…

11:14am EDT: Boy, it’s dead in here again – seems like everyone has left since my Sunday post – LOL 🙂 Have to admit that the deafening silence takes a bit getting used to. For months I have been getting dozens of emails a day and not getting any yesterday tells me that a lot of people go wiped out or severely injured on Friday.

Which brings me to another thought – the boys playing those games will find themselves bouncing the ball to each other. You can only fuck with a majority of the small specs and funds for so long – insider trading has its cost in the long term. Meaning a lot of folks are going to look at what’s left of their trading capital and decide to walk away and probably not return for a while. Which is why I’ve been repeatedly saying that at some point there will be nobody left to sell to – if everyone is a mouth breathing bull – who’s taking the short side of your trade? This is something very crucial even many seasoned traders seem to forget – the market is a zero sum game – there needs to be someone on the other side who thinks the tape is going to swing the opposite way. If nobody is taking that trade then it’s only a matter of time until you get long squeezed  – and in a big way.

Well, back to my original comment – I’m not surprised to see so little traffic here. Most people visiting here have mentally labeled EvilSpeculator a bearish blog – which is partially true of course, for the next few years at least. Tim’s Slope is going through the same motions right now – a lot of people have fallen to the wayside. And all that is greatly encouraging to me – I am looking forward to the day when I make a post and don’t see a response for 15 minutes or so. That will be the day when I go massively short.

BTW, do you rats realize that Geronimo has scalped like 9 winning trades out of 10 in the past week or so? I see very few comments here in the comment section and I’m also not getting much email about it. Is there any interest or should I not bother adding that notification module – it’s a lot of work, you know…