Good day for the Zero again – believe it or not – despite the crazy tape: 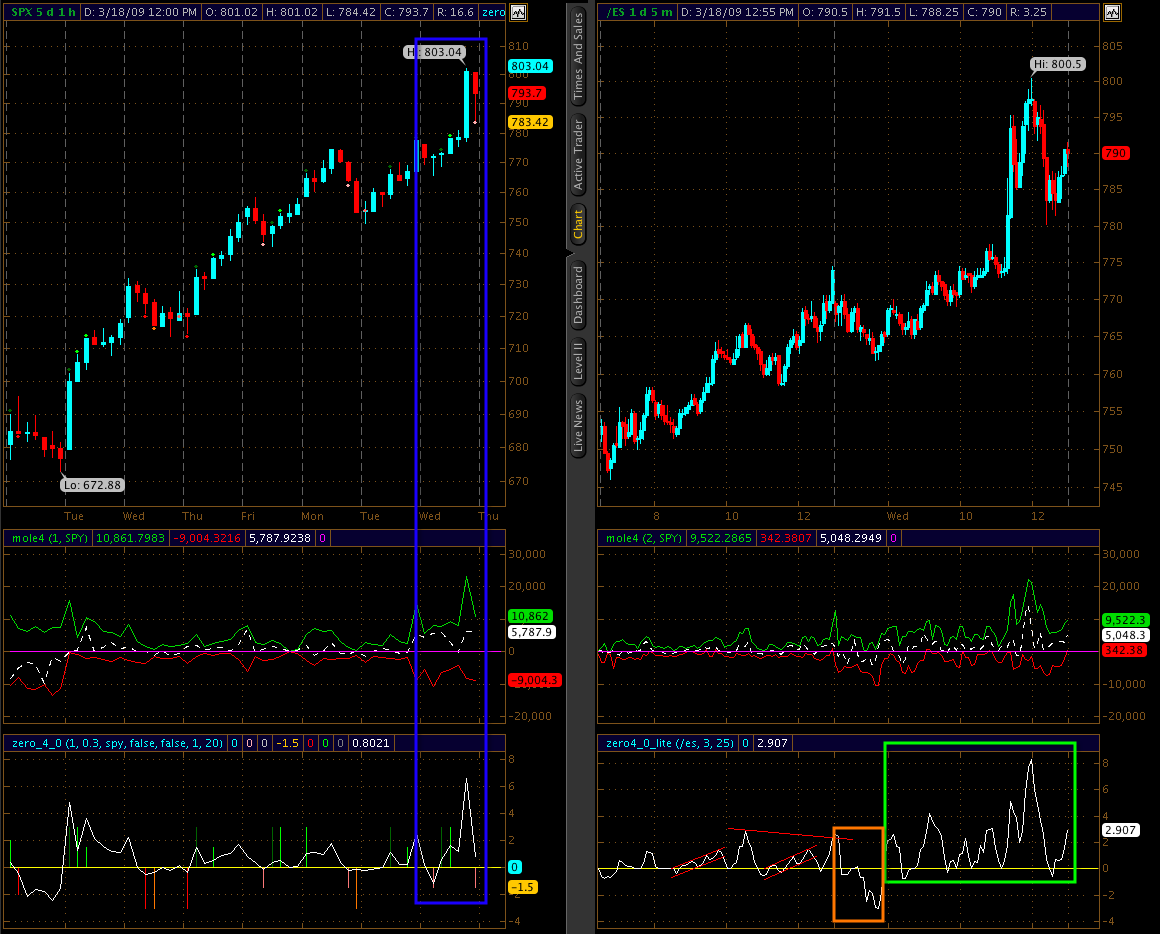 Early in the morning Zero Lite got us short to ride the sucker drop down. It was pretty clear to me that this wouldn’t last and the sudden rise above zero at 10:50am EDT confirmed that. Since then we’ve been wiggling around but never broke strongly below the zero line. We did test below for a few minutes but it always swung back. Watch the signals explode at 2:15pm EDT at the Fed announcement – boy – I’m glad I wasn’t caught on the short end of the stick for that one.

I did ride the tape down from 800 as that was close to one of today’s RLs and I knew that the MMs would whip us before the close. I was quick to swap positions back to long when we bounced off the upper boundary of the price channel (not shown in this chart – but I’m sure you can see it) and Zero Lite began to point back up. Technically that was a violation because the signal only briefly dropped below zero and snapped back up – well, I’m taking my liberties sometimes (which has backfired – usually I don’t). If you stayed long all the way then you ended up in nice profits, especially since the futures kept crawling up after the close.

Dang, what a crazy day. I need a break now rats – probably will chime in later.