Happy new year my foot. We all know what the next 365 days have in store for us, and it’s more of the same old occasionally interrupted by even more outrageous stuff taken right out of an episode of the Twilight Zone. But none of it matters because there is one new year’s resolution I want you to consider committing yourself to tonight.

Focus Only On What YOU Can Control

The level of noise we are all forced to confront on a daily basis has grown to unprecedented levels in recent years. It’s all around us and it actually takes hard work and a double dose of Modafinil to just sit down and think straight for more than a minute. Make no mistake – this is all by design. The entire world you see around you now has been geared towards turning you into a flaccid obedient little consumer drone who spends most waking hours caring about things he/she has zero control over. Like whatever you’re being told is really happening in Syria and that you should care if Bashar al-Assad lives or die. Or why Putin is either a bad ass or public enemy number one who hacked the election, or whether or not Angela Merkel should invite another 5 Million migrants into her country for an even more exciting NYE celebration. Or how to protect you against the coming Zombie invasion or that super bug out of China.

So what I want you to do this year is something very simple. NOTHING. Fight the addiction of social media and instead spend those valuable hours working on yourself. If you have no clue what that may actually entail then hit the gym and work your flabby ass to the brink of throwing up at least three times per week. Once you’ve excreted all that toxic soy and chemical junk you have been ingesting all year you’ll be surprised by how sharp you’ll feel and great ideas are going to start hitting you left and right. Plus your wife/g-friend may actually want to have sex with you again. There you go – I just made a real contribution to your sex life. Which may just be worth a Gold subscription, wouldn’t you agree? 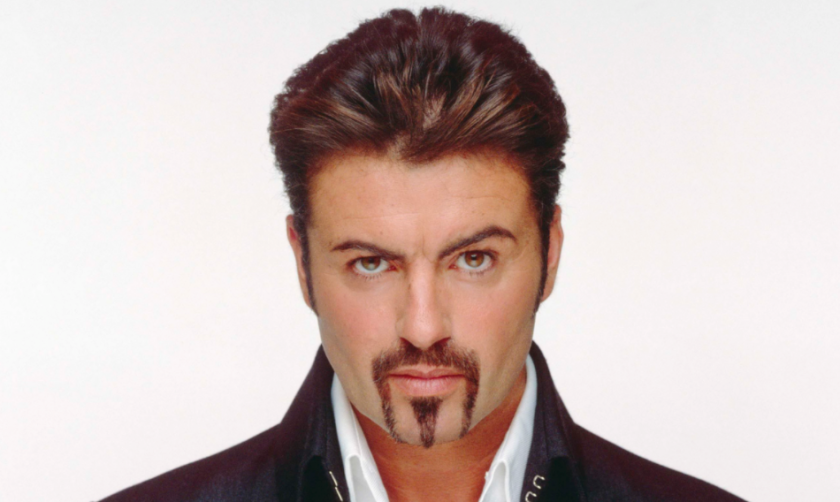 Now if none of the above convinces you then let me give you a more concrete example OF WHAT NOT TO DO. Which is pissing your life away like George Michael. Yes, yes, I know – too soon. I couldn’t care less frankly, fuck that guy. You’ve got to understand, I grew up loving his music and his silly 1980s pop songs managed to give me a glimmer of hope and propel me forward in what then was a very dark period in my life.

So here we have a guy handsome enough for two with a voice of gold who everyone loves with a promising career ahead of him. And what does he do with it? He pisses it all away on drugs and bullshit. And that was his choice, nobody else’s. Now you may say that his problems were unique and that the ‘pressures of being a star’ simply were too much to bear. Yeah sure, gag me with a spoon, pobrecito had it so tough. He wasn’t exactly knocking rocks 14 hours in some Russian gulag, was he? Although he turned out to be as gay as a picnic basket nobody really cares about that stuff these days and it most definitely didn’t affect his popularity of his record sales.

And now he’s dead. And guess what? Tomorrow he’ll still be dead, and the day after, and the day after that all the way into infinity. He could easily still be alive today doing things he loves or helping others do things they love. I’m sure his drug dealers are going to miss him dearly but I sure won’t. For he committed the sin of all sins, which is not appreciating the gift of life and making the best of every single minute he was granted.

So don’t be like George. Don’t waste your life on bullshit or being a slave to the system. Be keenly aware of the fact that one day your life will end terminally. Perhaps it’ll be this year, perhaps five years from now, if you’re a lucky bastard perhaps 100 years from now. Short of living healthy and not abusing our bodies we have little control over the length of our existence. What we do however have control over is what actually happens during the time we have. So whatever you do – don’t bloody waste a single minute of it.

Next time you find yourself on Facebook or whatever overhyped nexus of attention whoring may be en vogue at that moment, think of old George and then ask yourself: Is this really the best use of my time right now? Or should I instead learn something new, spend time with my family, write a letter to and old friend (yes, by hand), do something nice for someone in need, perhaps do something for my country, or if nothing else – bank some coin and use some of it to plan your next kick ass vacation in paradise?

Welcome to the first day of the rest of your life. It doesn’t really matter what date it is. What matters is what you make of it.