Welcome To The Most Explosive Week Of The Year 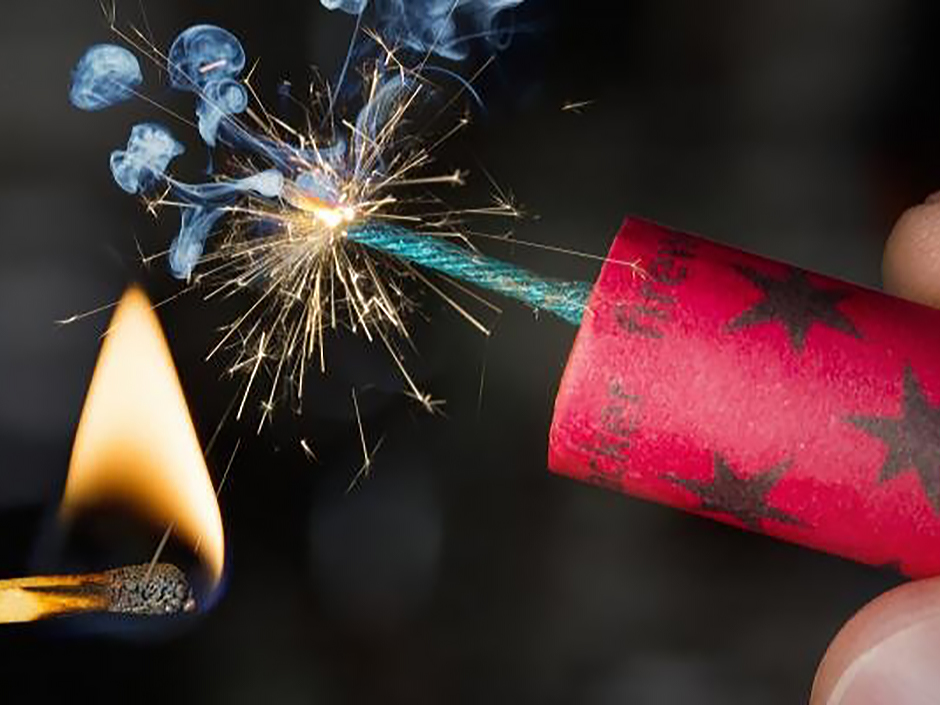 Ladies and leeches, this is your pilot speaking. Please fasten your seatbelts and return your tray table to its full upright and locked position. We are heading into a potentially explosive week during what has already been a rather explosive year. Be advised that in the unlikely event of a water landing, it’s every man and woman for themselves!

That’s right, I would have made an awesome Southwest Airline pilot. Speaking of which, the current walk-out suggests things are going to get very interesting in the coming winter season.

On the positive side of things, we may just have been handed the perfect excuse to not spend the holidays with some of our dreaded in-laws. I’m feeling all warm and festive already! 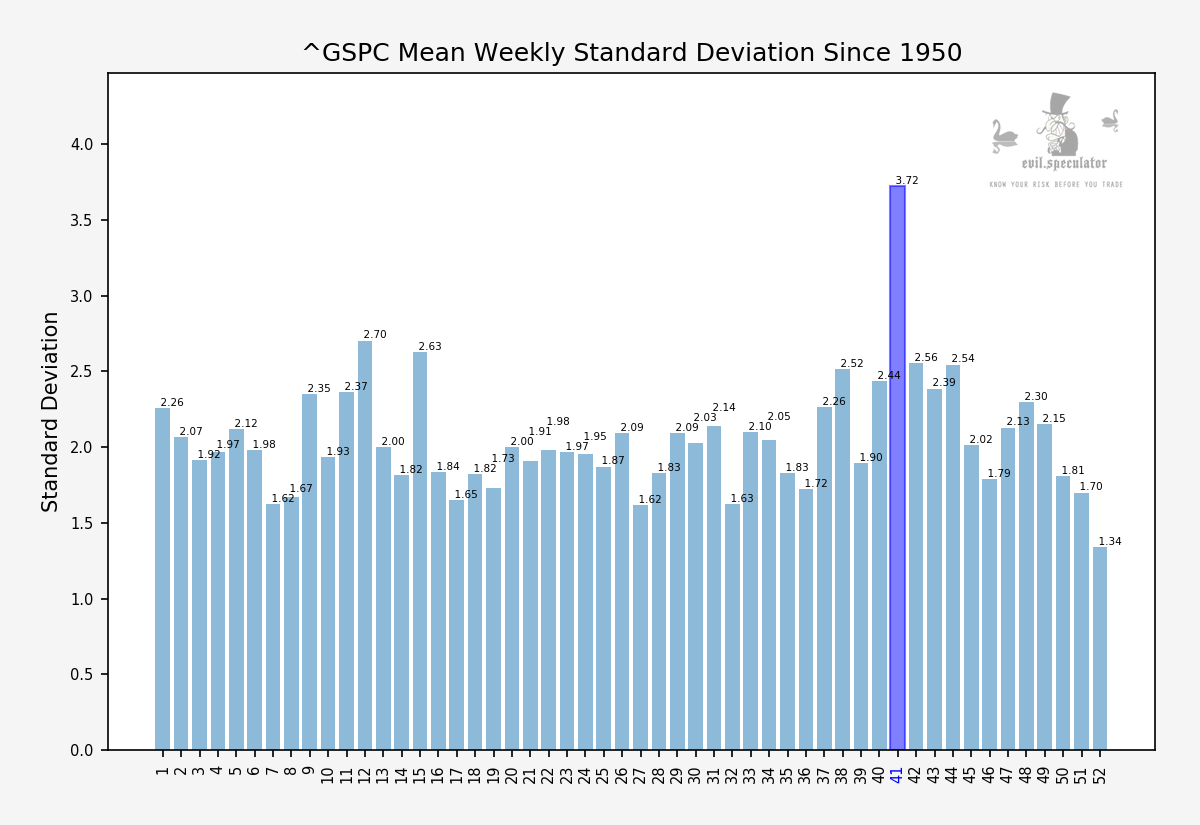 Alright let’s get down to to business. That signal on the standard deviation scale blows me away every single year. And rarely does the second week of October disappoint. 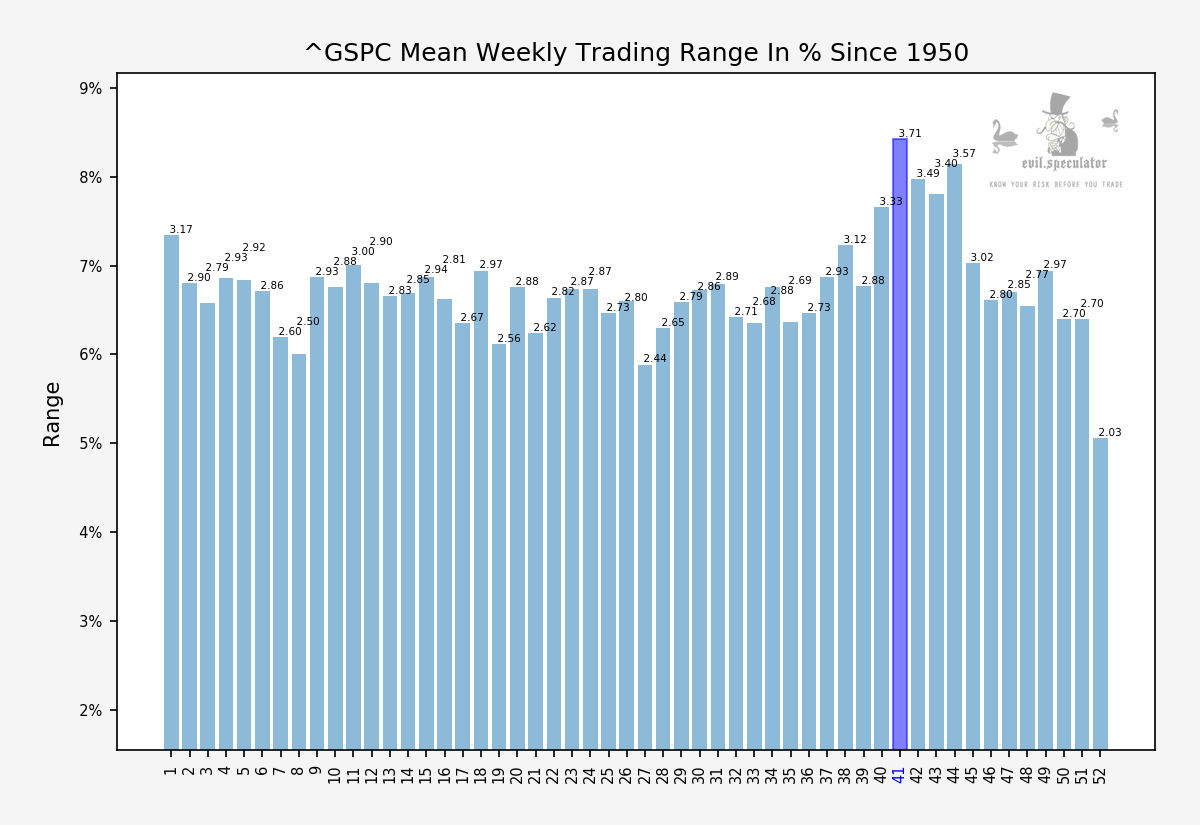 Week #41 also leads in regards to the mean trading range on a percentage basis. So we should expect a bit of movement this week, at least based on historical precedence. 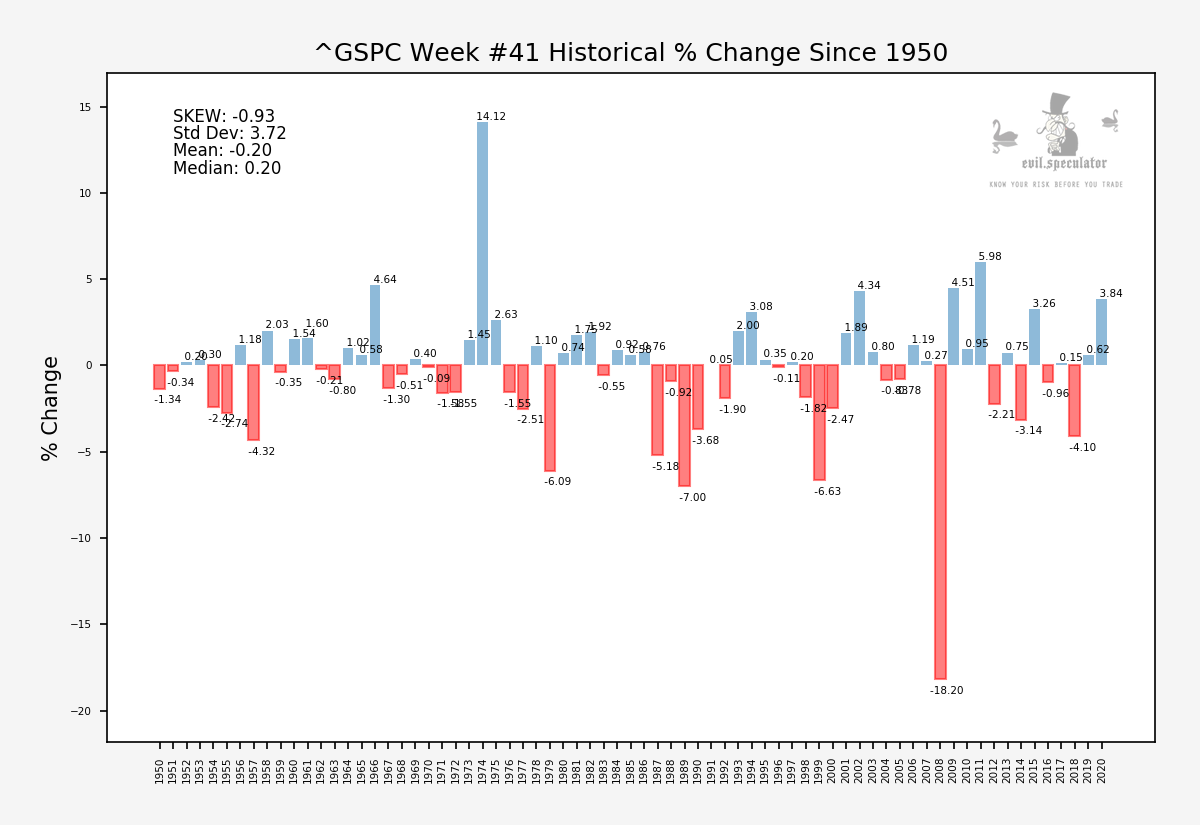 Let’s dig a big deeper at what’s going on here. We see two huge outliers during the past 71 years of price action – the one many of you remember of course occurred in 2008.

Which may account for some excessive std dev but it can’t be all. In general the biggest outliers appear to be on the downside, which isn’t overly surprising. 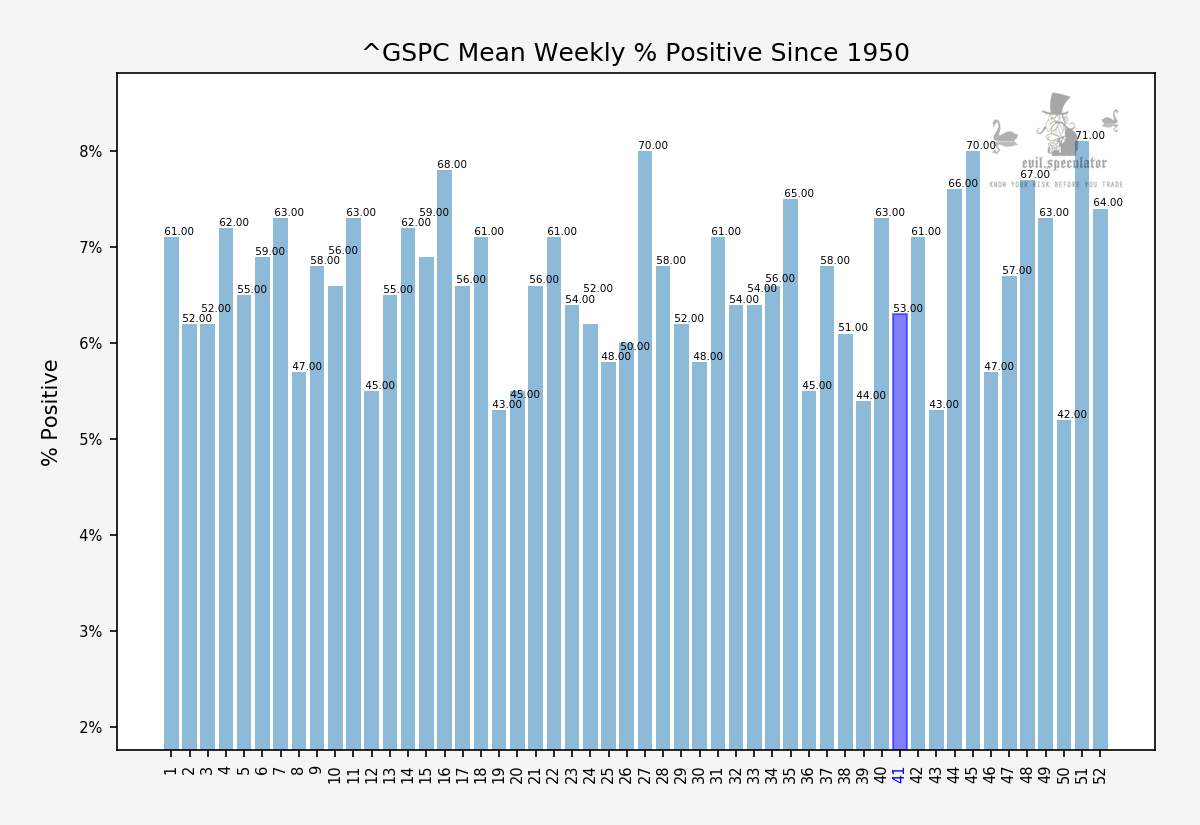 In recent years we seem to have quieted down a bit and the odds for a positive close are near coin toss territory. 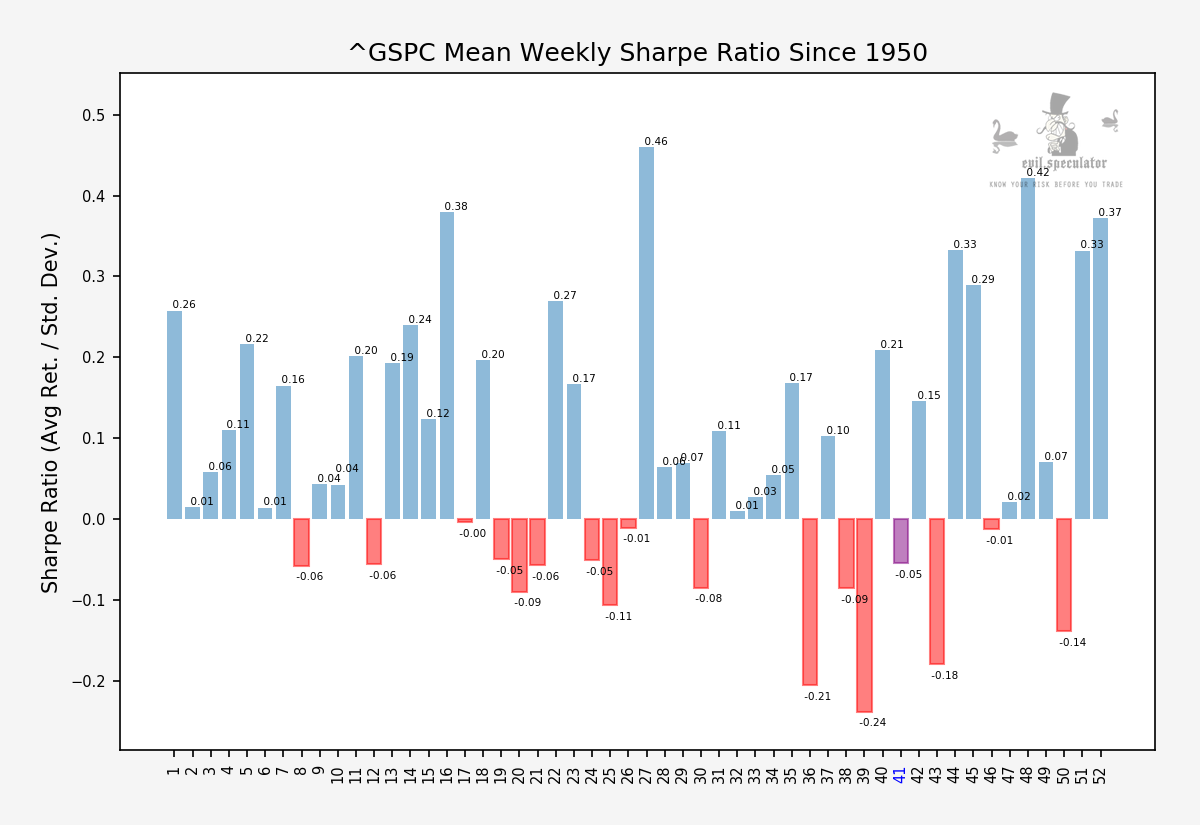 Here’s the Sharpe ratio, which is negative but not too excessive. So it’s fair to expect a few swings and to be cautious but I don’t see any reason to panic, as much fun as that may be for us to watch.