Welcome To The Outlier 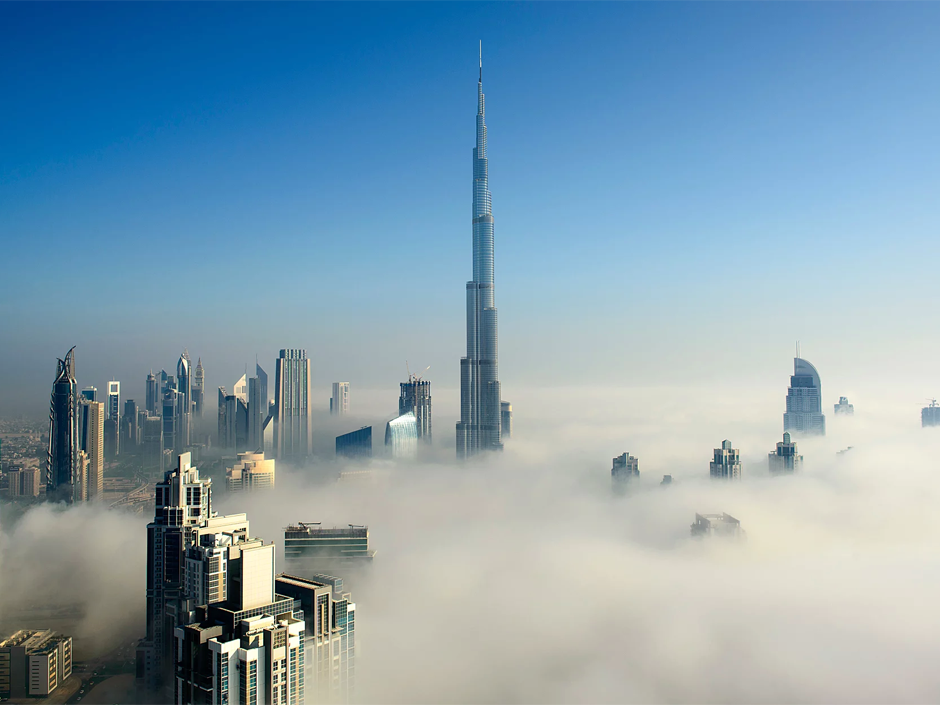 If you had asked me a few years ago which week of the year would be the highest grossing statistically speaking I would most likely have pointed at late November or December. Well, close – but no cigar. After running the stats I was amazed to realize that the biggest winning week happens to follow one of the quietest of the year during – right during the height of the summer vacation season. What gives? 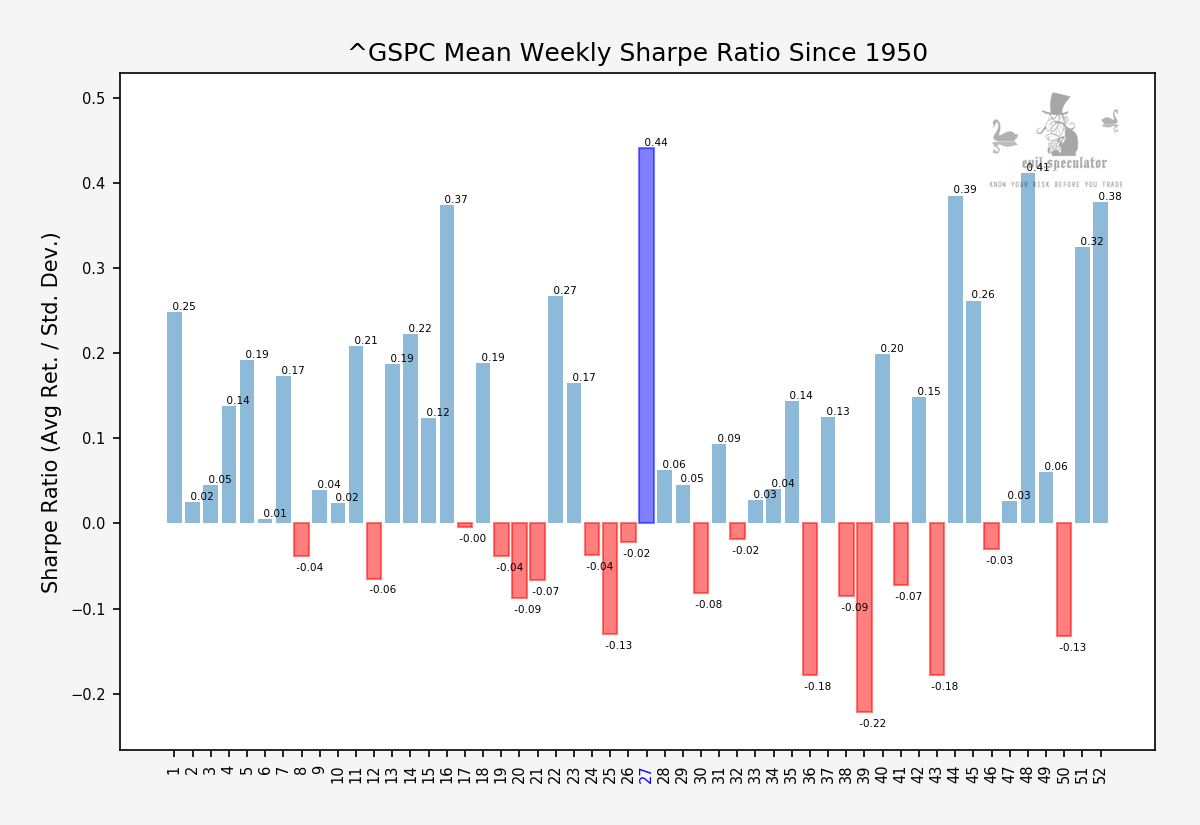 Frankly I don’t know for sure and it maybe it has something to do with week #27 being a short one as the 4th of July weekend beckons. But either way it doesn’t really make much sense given the overall seasonality and the ranges that surround it. In other words – it’s a complete outlier and it towers over everything else in its vicinity like the famed Burj Khalifa in Dubai. 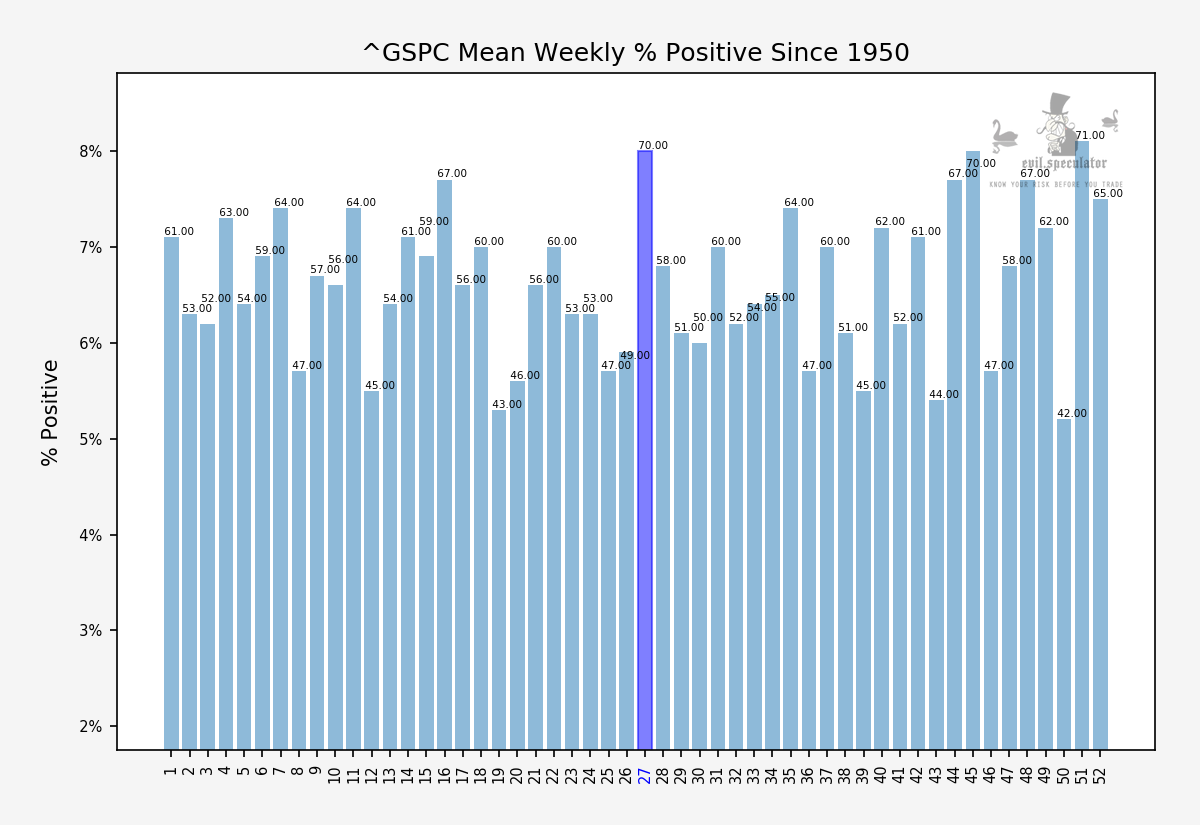 Talking about outliers. Some may think this may be due to a few large spikes that skew the data set. NOPE. Look at the percent positive graph which has it at 70% – the second highest of the entire year after the last week of December. 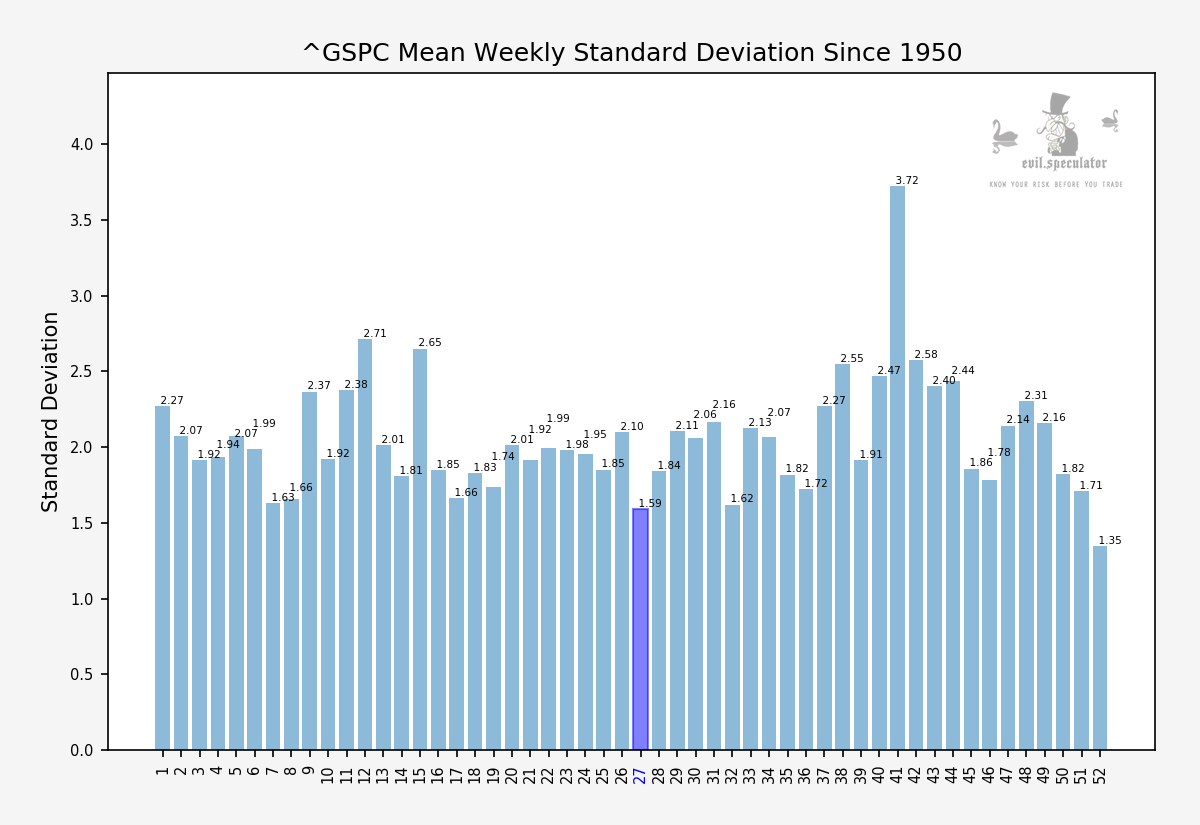 And to sweeten the deal standard deviation is extremely low at 1.59 – well below the median. 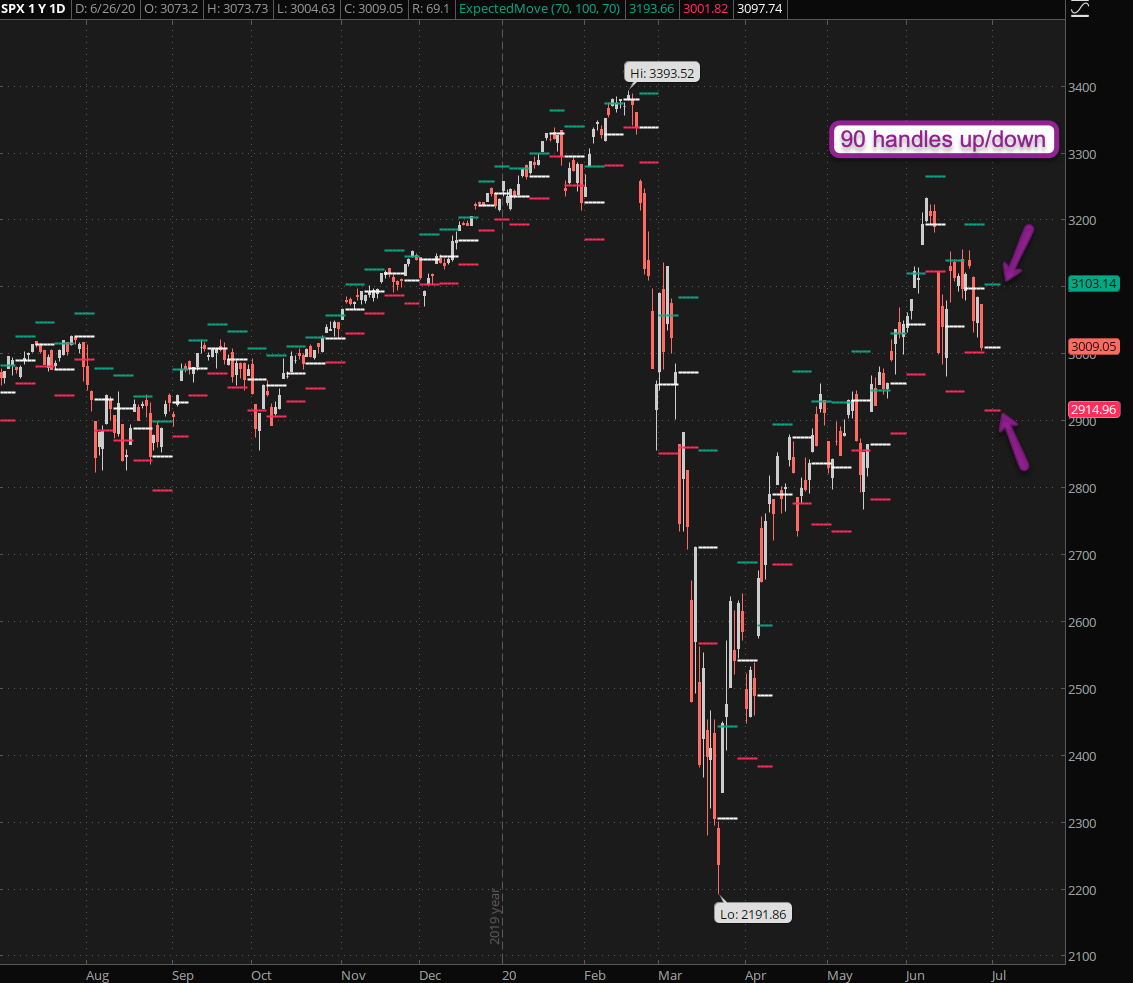 Of course almost nothing in 2020 thus far has been textbook and let’s remember that implied volatility remains highly elevated in lower bearish territory. The expected move (EM) for the week is around 90 handles – less than last week but clearly market participants expect a lot more than a 1.59 stdev.