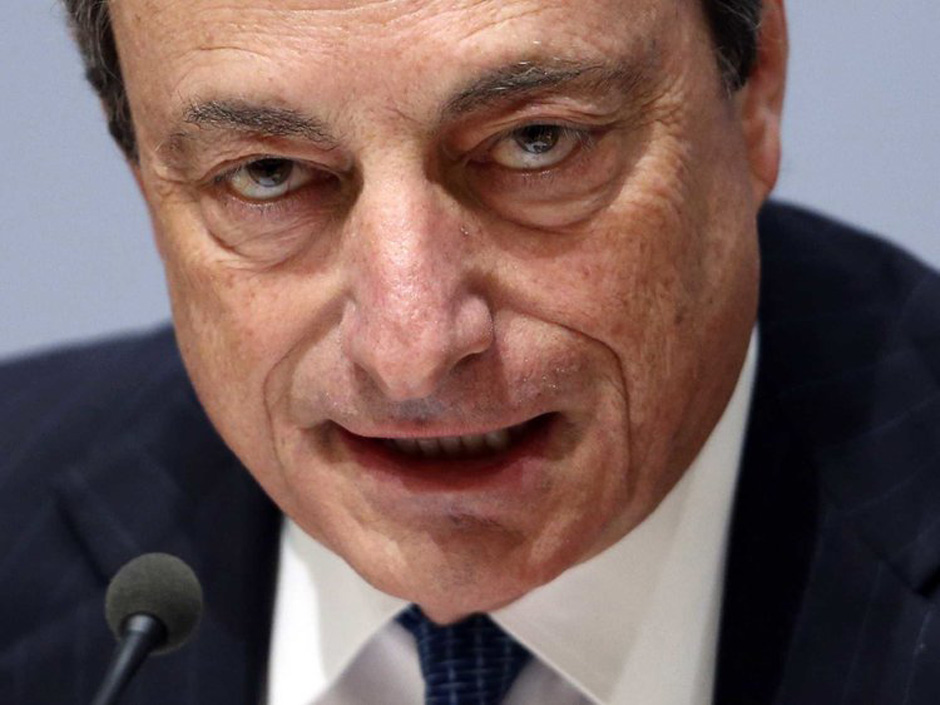 It has long been said that voters and people in general have very short memories. That may be true which is why it befalls to the few among us who actually pay attention to point out the fact that we may be living through the continental version of Groundhog Day. And to be honest – Bill Murray’s version was a lot more amusing.

‘Whatever it takes’ were the very words uttered by Mario Draghi in his now famous speech on July 26th 2012 when assuring his audience that he would consider every conceivable measure in the ECB’s arsenal to preserve the Euro.

And barely seven years later it seems the grand European monetary experiment is right back from whence it came and where it has remained stuck in almost since its very inception: in a state of constant economic crisis. And if you think about it this is not surprising to the least as crisis management in fact has now become the modus operandi of central banks across the Western financial system.

Bailouts, ZIRP, and a laundry list of unorthodox monetary policies have done exactly zilch to address any of the underlying structural problems, which are not monetary in nature but macro-economic. I could go on here in length but we’ve covered this topic exhaustively in the past.

Over time I had grown to be a bit black pilled about the whole situation, prepared to just extract myself from the incessant noise, the clickbait, the political drama, with a focus on living out my life in a state of relative peace and sanity. It’s a rare luxury I credit to having chosen a life as a trader which enables me to operate from pretty much anywhere on this planet with a decent climate and an Internet connection (certain timezones being more difficult than others).

However change is in the air. In recent years there have been rumblings all across Europe, the most prolific one being Brexit and more recently the gilets jaunes demonstrations in France that over the course of 21 weeks managed to destroy the political career of Emmanuel Macron, who only a year ago had been widely hailed as the grand new leader of Europe.

What the future holds of course is unclear but I have an inkling that the European elections this May will serve as a means to vent a lot of pent up anger over the increasingly overreaching policies coming out of Brussels and by extension that of the European Central Bank.

In any case, Mario Draghi is set to relinquish is post as ECB chairman later this year but the economic and political consequences of eight years of quantitative easing will be felt in Europe for many years to come. 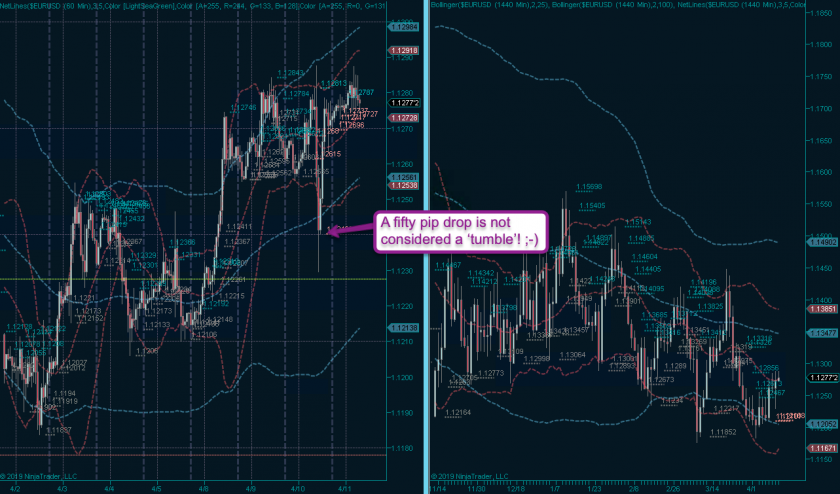 I had a bit of a chuckle yesterday when I came across a ZeroHedge tweet claiming that the EUR was taking a tumble. My response:

And indeed the EUR bounced right back up – fortunately it missed my stop at break/even by a handful of pips. I have gotten quite lucky there in the past few weeks which makes me highly suspicious that some hammer is going to drop anytime soon 😉 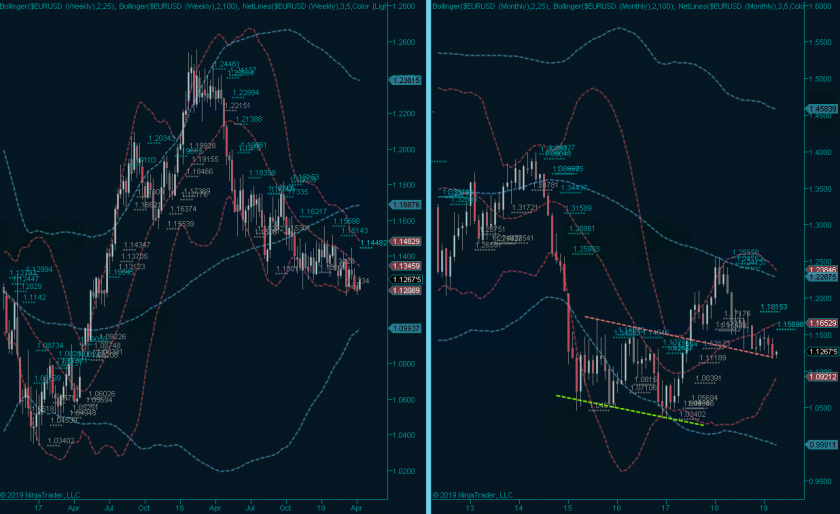 I took another peek at the LT panels and actually started to wonder why I was bothering to trade the EUR in the first place. It’s been a rough ride over the past few years which now has evolved to a slow motion churn to the downside. Sort of what we’re seeing politically as well so I guess it’s par for the course. 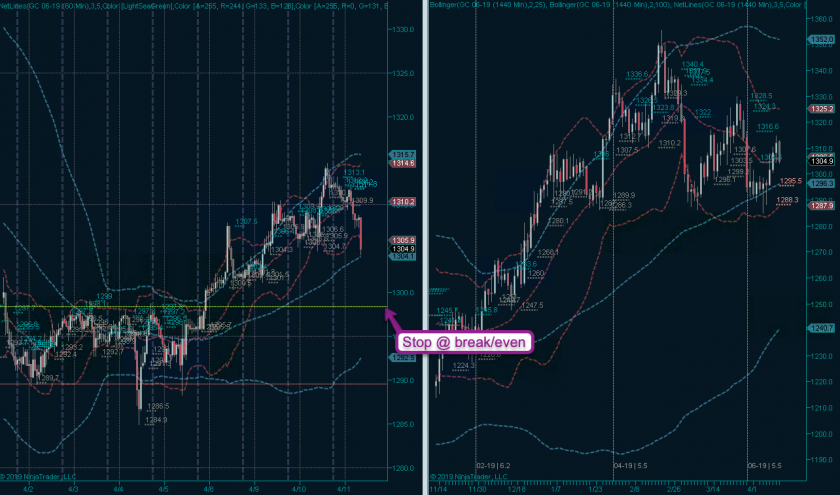 Talking of ailing symbols: Gold has been making its way higher after stopping out my first campaign but luring me into a reload. So far so good and I’m moving my trail to break-even. However intra-day volatility is rather worrisome and I’m not sure how long I’ll be able to trail this one higher, assuming of course it finally deigns to pick a direction. 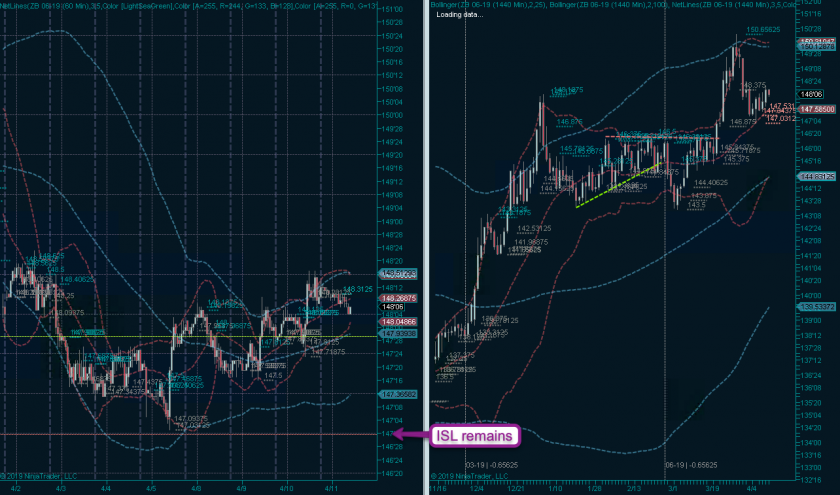 The subs and I took a long position in the ZB the other day and although it’s pushing in the right direction I’m not seeing a lot of mojo here, so we could be looking at more sideways burn. I mused on Tuesday that bonds have a tendency to oscillate between sideways churn and sound barrier breaching trending tape. She’s a fun ride if you manage to secure a seat on the bus but boy she’s really making you work for it. 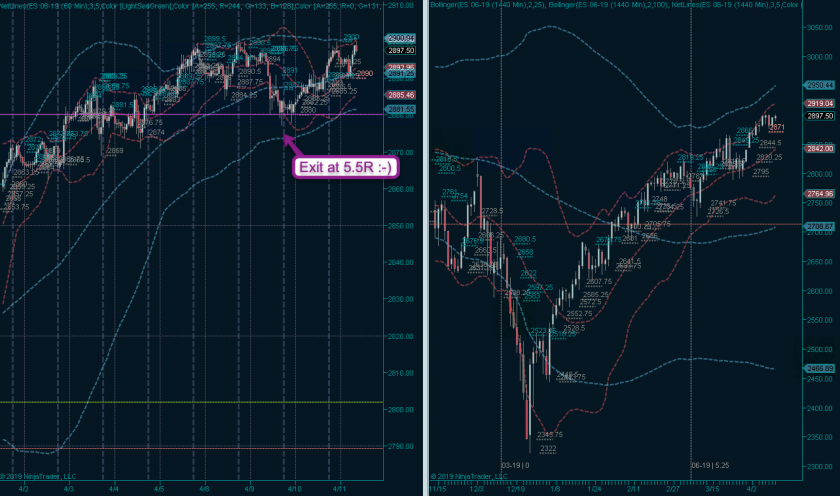 My E-Mini campaign finally came to an end after racking up 5.5R over the course of nearly two weeks. Not a bad ride and based on the recent price action I think this baby could have pushed even higher. But there’s no predicting price action and that spells double true during FOMC/ECB double whammy days.

So no complaints whatsoever and I hope some of you were able to scrape out a few R during this juicy low volatility advance in equities. Hopefully with more to come over the next few months!