A Lack Of Volatility

Yes, equities have been a bit of a mess recently and it seems like we’re currently completing a sideways correction accompanied by lackluster participation. But that’s only half the picture – generally speaking what makes taking trades on the equity side difficult these days is the lack of volatility. 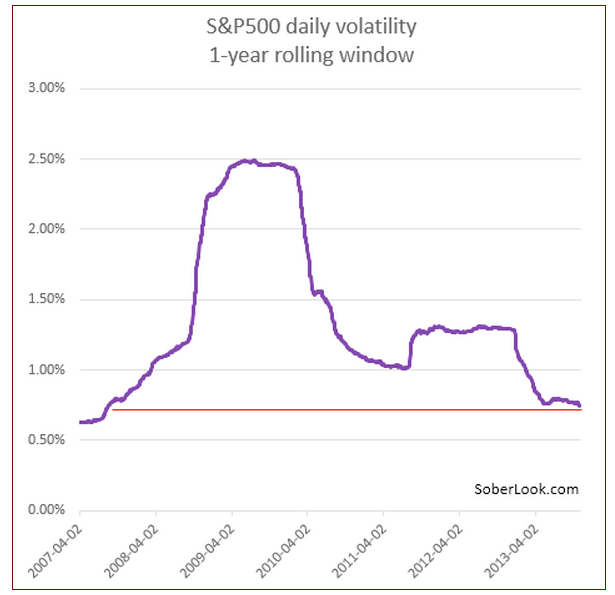 According to soberlook.com over the past year the daily volatility of the S&P500 index fell below 75bp – the lowest level since 2007. Can we go lower? Absolutely and I caution you from drawing any immediate bearish conclusions. But it’s good to know where we are and perhaps why you may have found taking entries in this tape a bit difficult. In the end however – that is how low participation melt ups work – they trap out both bears and bulls. The former don’t get an opportunity to sell (i.e. shallow retracements) while the latter are waiting for dips that never present themselves. Meanwhile institutional traders hold positions and smile all the way to the bank. 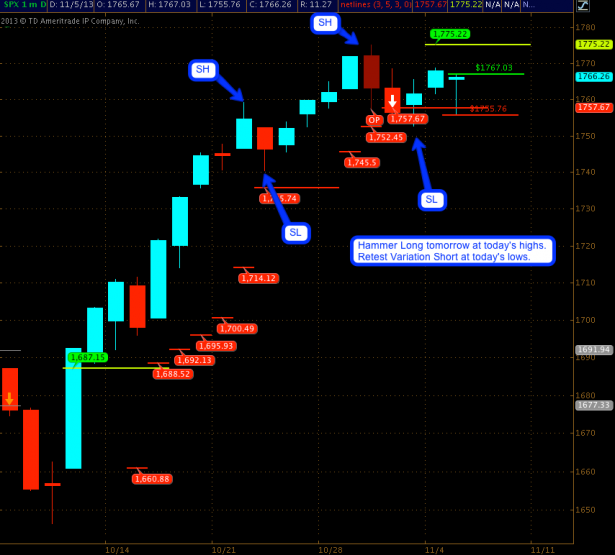 Doesn’t mean we have to sit on our hands however as the current gyrations have produced a bit more context. In case you wonder – yes, the RTV-S is still active for two more days and tomorrow’s short trigger will be at 1755.76. However, as I’m counting a series of spike lows and spike highs we may get a hammer long today which would put tomorrow’s long trigger at today’s highs (right now 1767.03 but that probably changes by the EOD).

So effectively we’re following Yogi Berra’s advice: When you come to a fork in the road – take it! We don’t have any directional bias and over the long term that makes life a lot more simple and probably happier 🙂 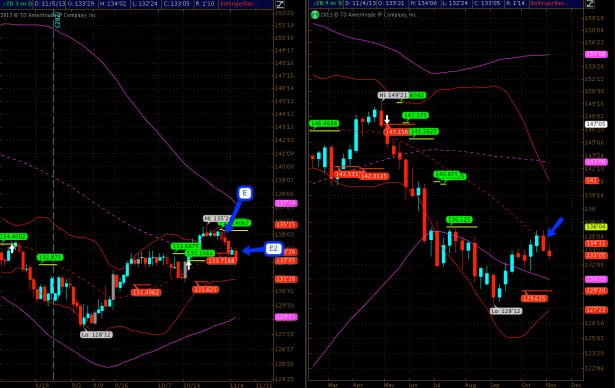 Quick update on our ZB entry – which I should point out was a speculative but thus far has paid off. The official and more conservative entry was today at the NLSL and the 25-day SMA – if you were a sub then you were briefed on this a few days ago. The general idea here is that the 25-week will hold up and lead us lower. I don’t feel strongly about this setup but heck – it was there so we took it.