Which Way Do You Bend Sir?

Not sure how many of you ever visited a tailor – chances are most of you American rats are picking it off the rack (don’t kill the messenger – I have seen you guys dress). I for one swear by a good tailor and it seems the next time I pay him a visit he’ll probably not just ask me which way I dress but which way my new iPhone bends. Ridiculous! I’ve said it before and I’ll say it again: NEVER ever under Steve Jobs. He’s literally spinning in his grave right now. 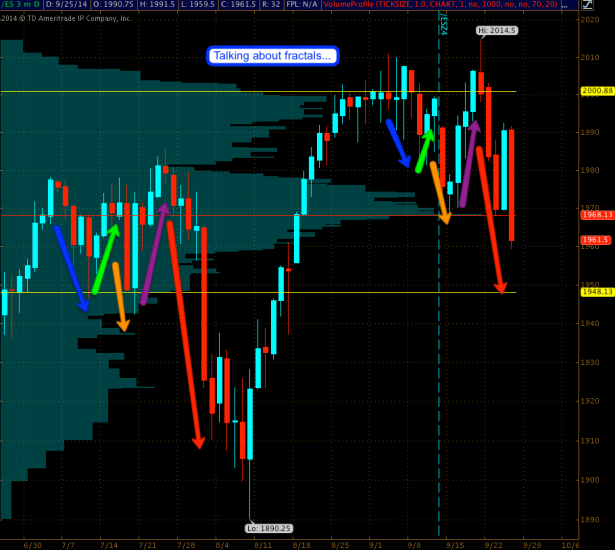 Alright – so, who saw this one coming? Exactly. As you know I’ve been posting charts here daily for the last six years plus – well over 3000 posts altogether (time flies when you’re having fun). In all those years I’ve always kept it real and when I don’t know something or don’t have an opinion I’m brutally honest about it.

So yesterday I looked at that spike higher and suddenly there was this thought popping in my mind: could this be a repeat of what we saw in July? I swear – but I didn’t post it as that spike higher looked so massive. I don’t really mind missing out on a big move – you guys know how I roll. But I damn well hate it when I don’t listen to my (paranoid) instincts – so mea culpa for letting this one slip through my mind. 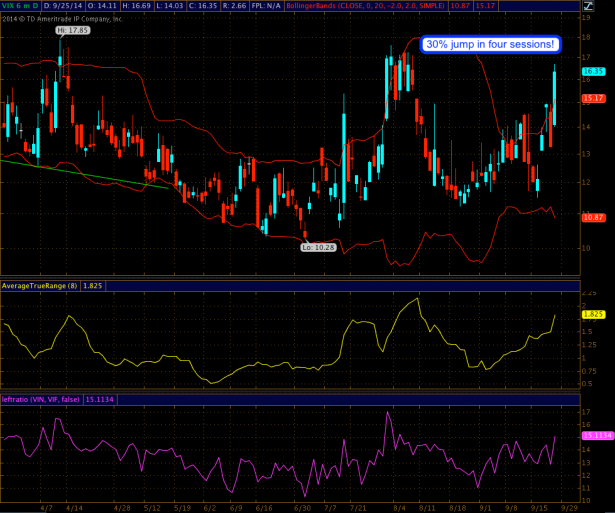 Massive explosion in volatility – a 30% drop in four sessions is going to leave a mark. Well, look at the bright side – if you were long calls here then you actually may be near break even 😉 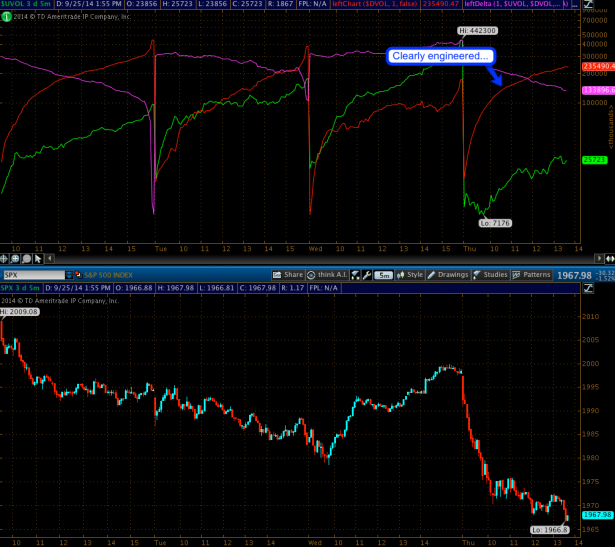 Alright seriously now – this was completely engineered. I briefly glanced at the site that shall not be named and saw a headline suggesting a dozen reasons for today’s drop off the plate. Hey, I give you one: Because they could. Look at the NYSE volume signal – it’s as smooth as she comes – this suggests an engineered sell off session and all the bots jumped on the bandwagon. Tough to see coming though. 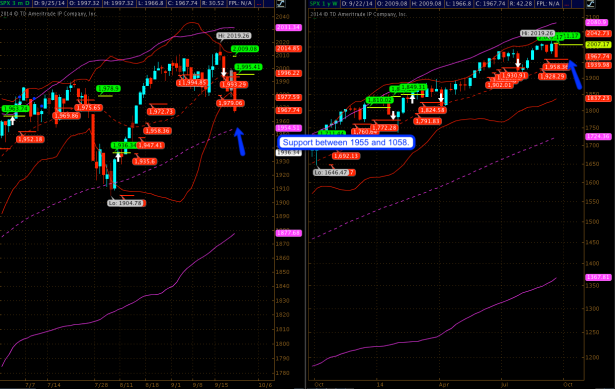 Alright – the cash shows us support near 1954 on the daily and there’s a weekly NLSL at 1958. Odds are we’re going to see a little bounce nearby. But in order for that to happen we have to see a slowdown in the downside momo. Given that this has been bot and not panic driven I think that scenario looks pretty plausible right now. 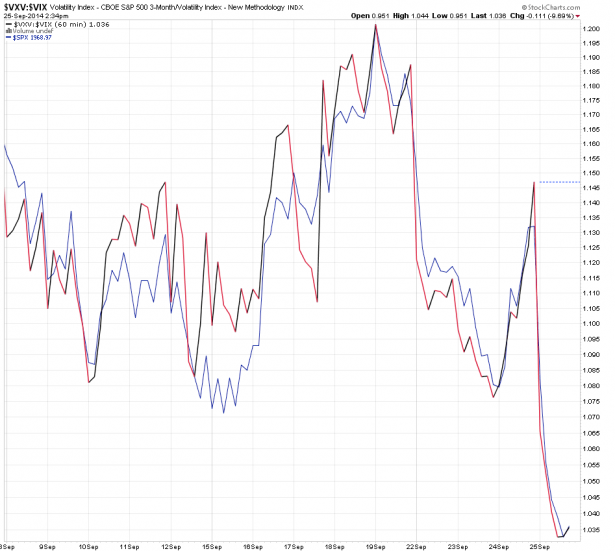 By the way – no divergences on the VXV:VIX ratio side (yet) – also, as you can see this thing came out of nowhere. Damn it – why didn’t they send me that memo? 😉 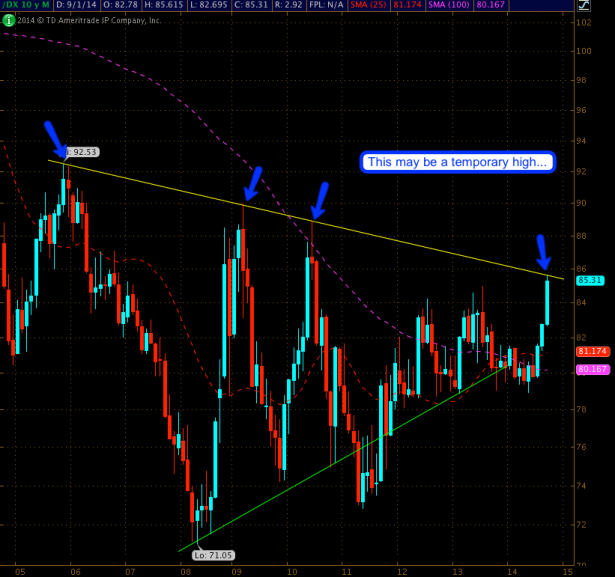 Update from the Dollar front – it’s now kissing a pretty significant diagonal resistance line near 86. It’s been a good run but I’m heading to the ATM a few times this weekend as I would expect at least an obligatory correction here. BTW, if it pushes higher and above 86 then we may see the EUR/USD at 1.2 this year. I may be able to afford a turkey this Christmas! 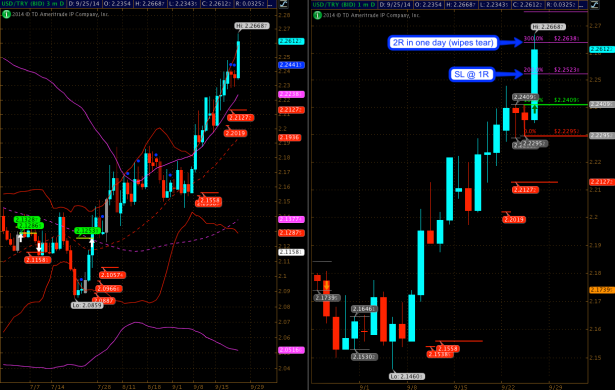 Speaking of which – the turks are treating us well as the USD/TRY has pushed above the 2R yard line – in one single session! Awesome and it more than makes up for my NQ debacle this morning. You know the drill – move your stop to the 1R mark.

Alright – I’m having dinner and then it’s back to coding. I have a deliverable for next week and as you guys are apparently excited I’ll push extra hard and labor all weekend to get Thor into beta by early next week. Wish me luck. 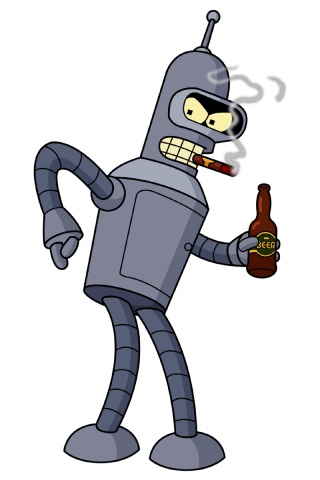