The ongoing advance in equities continues unabated and I would strongly caution you against taking out short positions until the tape delivers us evidence pointing toward a reversal. Statistics mean exactly jack during low participation short squeeze periods, which is a lesson the Zero has taught us many times over the past few years. 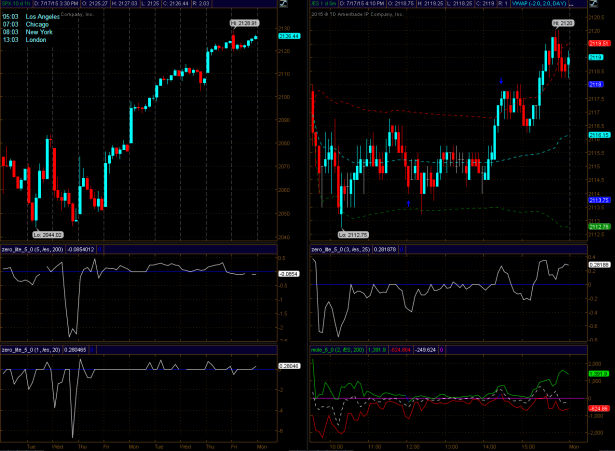 Just compare the participation on the way down to the tiny signal range we’ve seen over the past few sessions. It is quite normal to see larger signal swings once gravity sets in, but this lack of participation on the rebound is a bit suspect. And in my book ‘suspect’ is not a license for taking out contrarian trades – quite on the… well – contrary. Some of you old timers may remember Whispering Saul, a trading legend from a different time who’s among a handful of candidates credited for an old aphorism which should be heeded especially during earning season: “If you enter a poker game and you don’t see a sucker, get up and leave – you’re it.” 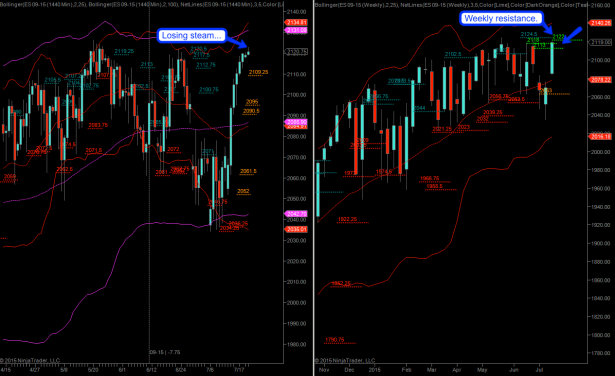 Following that advice I remain extremely skeptical about the equities side – in both directions. The daily panel is losing a bit of steam here and we have the S&P and Dow futures lagging the NQ. Still, until I see signs of real price weakness I won’t be touching this one with a ten foot pole. 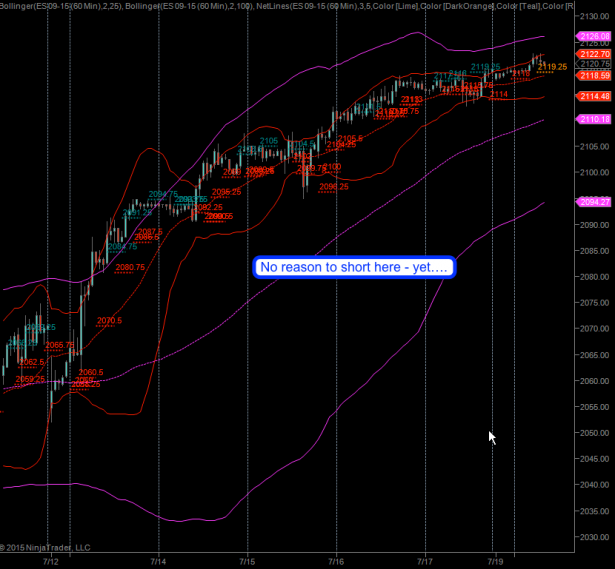 And the best place to look for such signs would be the hourly panel. However thus far it’s trailing its 25-hour SMA like a boss. This could easily continue higher for quite a while courtesy of over eager retail suckers with grandiose allusions of an ‘overdue’ reversal. Not to pimp my own ware but I think the Zero will be instrumental in offering us early clues, so I’ll be monitoring it carefully. 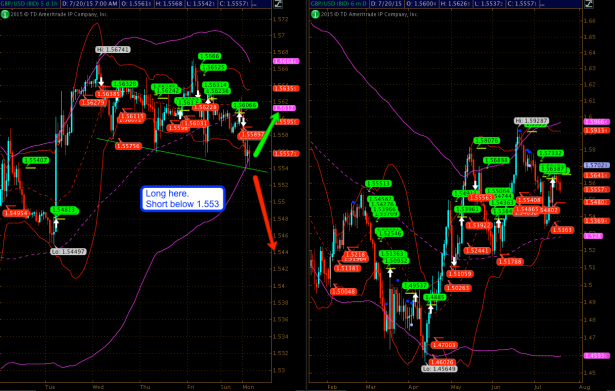 Cable is looking like a decent long here although that diagonal I painted is falling. So I’ll only deploy 1/3R here and would be prepared to flip for a short position on stop out.

A few more goodies for the subs below the fold.

Now have fun but keep it frosty.