Why Most Retail Traders Lose

I’m back in Los Angeles – happily so I might add. Don’t get me wrong, I love San Francisco and I had a lot of fun but – what can I say – I’m a Southern California boy 😉

So, someone today (either gmak or Michael) posted the following chart this afternoon: 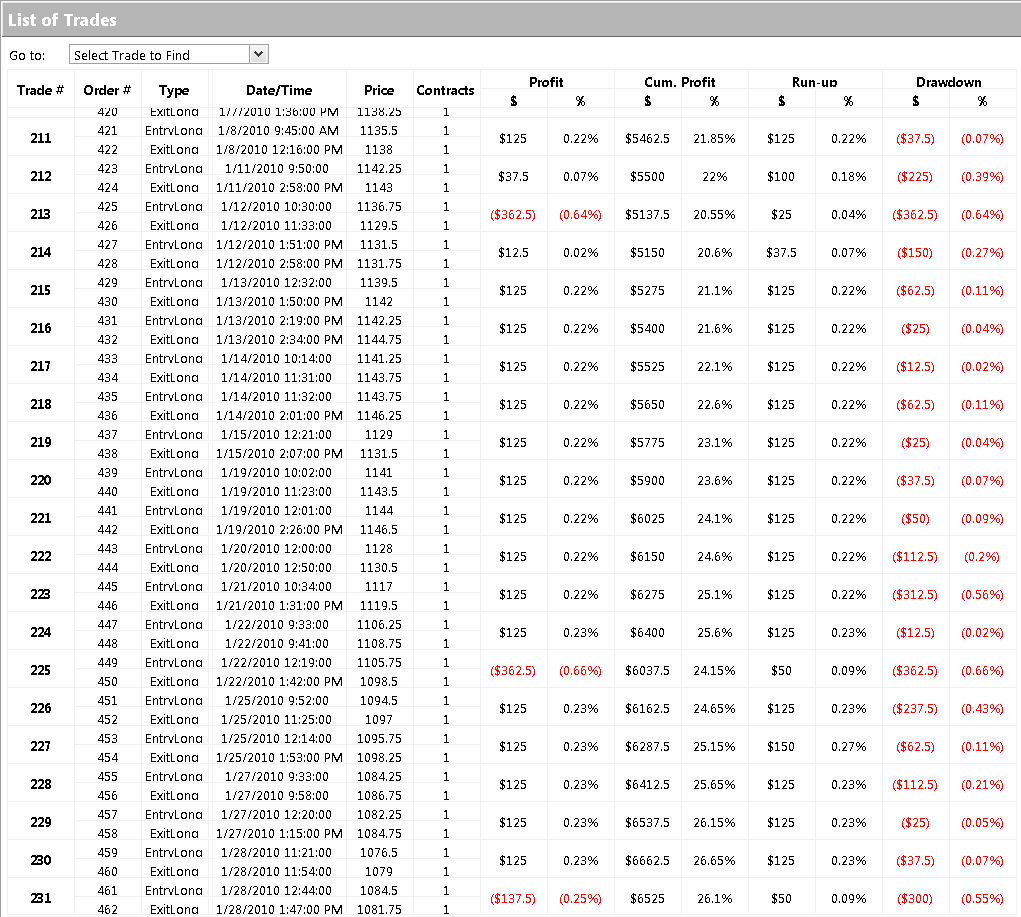 Now, I haven’t verified these numbers and they might be off. Why haven’t I bothered? Because I frankly don’t care if anyone subscribes at this point. Because geronimo didn’t come back – it never left! This thing has been printing coin for months and if you look at the last six months track record it’s a very consistent winner. And perhaps it’s best if only a handful of people trade geronimo – it’s good to keep a low profile if you’re sitting on a winning strategy.

Quite frankly – I wasn’t even paying attention – I just kept watching it win over and over again. For some reason Eric is MIA and I personally have not kept track – especially during my travels. However, do you guys want to know what’s really funny?

What’s really funny is that we had dozens of subscribers for about three months after we launched geronimo. Then we had one ten day stretch sometime in August where I believe we had 4 or 5 stop outs (with wins in between). Guess what – a week later we had lost about one third of our subscribers. Admittedly we also suffered from technical difficulties a few times as we were haunted by an empty alert problem. However, we fixed it a week later and let everyone know (even the expired subs) – but they didn’t come back.

In the weeks after that geronimo quietly continued to win and bank coin while for some reason more and more subs kept dropping off. Two weeks ago I checked and we had a whopping THREE subscribers left – apparently only a few die-hards had stuck with it and and kept trading the system, no matter what. And that was before I ever even saw this chart. Yes, I kept seeing the signals and traded them as I always do when I was around, but I frankly wasn’t keeping track – after all I’m used to scalping geronimo for months now.

Moral of the Story:

But the lesson to be learned here, my dear stainless steel rats, is that there is a reason why 95% of retail traders lose most of their assets within their first 12 months of trading. Another 4% blows up within the next five years, and there’s about 1% (and maybe less) that actually banks coin consistently.

So, what is the big secret, oh Evil Oracle of Mole?

Three reasons – and actually two of them are related:

Number three is something gmak talked about this morning – it’s a long discussion and it’s something we have been trying to drive home for over 18 months now (mostly without much success – you can’t fight human nature). One and two are simply related to discipline. Most people who try their luck in the market are either too lazy (or too stupid) to put in the work necessary to develop or at least copy a working system. And if they actually do find a system (or follow someone else’s) a majority of wanna-be-traders are not disciplined enough to follow even a system with a long term track record.

This is not meant to kick dirt in the faces of the folks who gave up after a few weeks of trying geronimo (despite the fact that we encouraged everyone to think long term). The point here is to learn a lesson, folks – discipline and persistence is a lot more important than intelligence, luck, or even the best technical analysis.

Mole out – see you rats tomorrow.