Winter On The Horizon

Winter is on the horizon and I’m not talking about the annual season. In my mind there is only one way to describe the price action as of late and that would be ‘highly unsettling’. Very little out there makes sense anymore and it ‘feels like’ as if the entire contraption is being held together by duct tape. As it’s the last trading day of this month and confusion is on the rise a momo update seemed most appropriate. 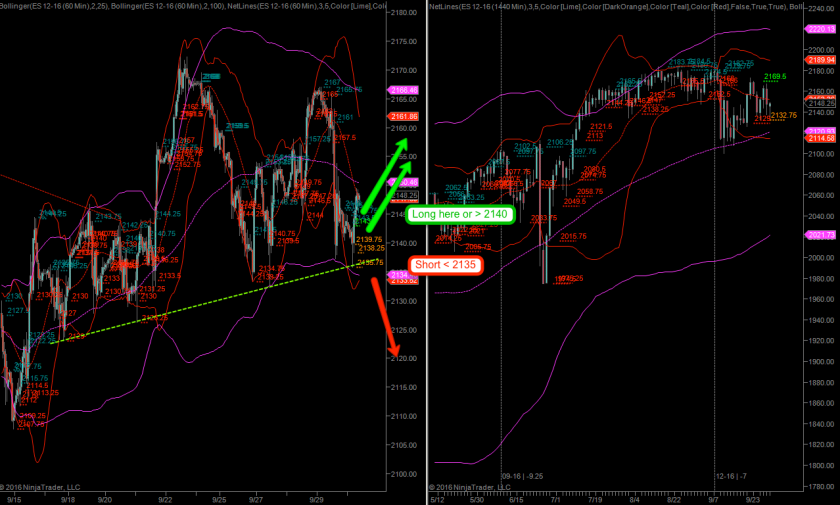 Before we get to the momo charts here’s today’s E-Mini setup, which actually stands in pretty stark contrast to the remainder of this post. I’m currently long with a stop near 2135 but don’t recommend you follow suit unless price drops back toward 2142 or lower.

Once again a short position on a drop below is considered plan B. However depending on the velocity and participation I would probably like to see a little retest higher before taking out any short positions. Plus it’s Friday and holding any positions over the weekend is rather risk these days. If we’re pushing sideways again and end up closing near current levels then I’ll be sure to cash out my chips before the bell. 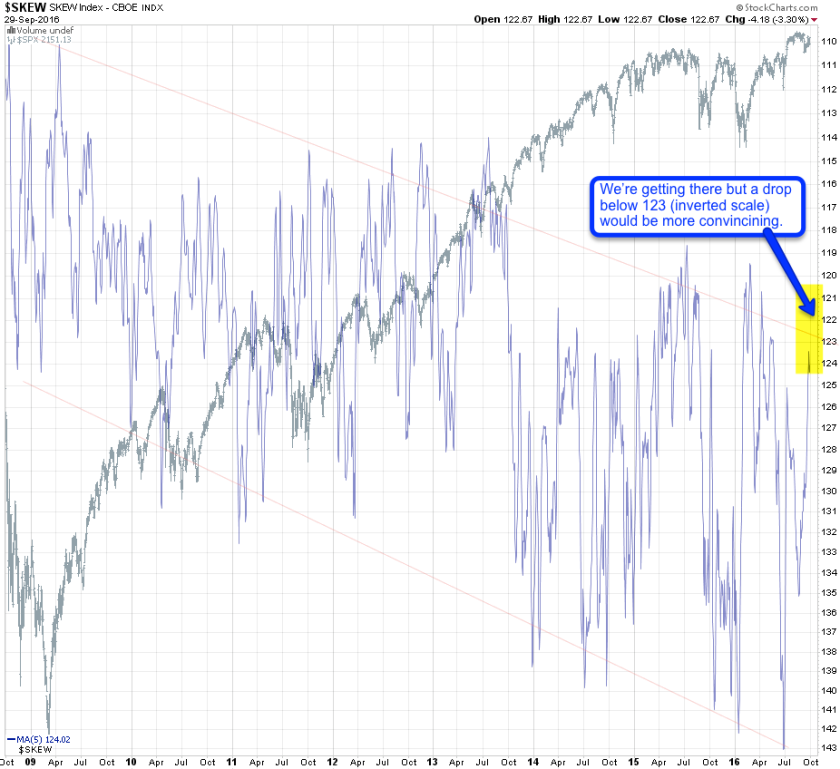 So let’s drive right into the deep side of the pool. The inverted SKEW has been producing a pretty clear descending channel over the past few years and a touch of the upper ranges is usually followed by a correction. I’d however say that we still have a bit of room here and although nothing is chiseled in stone a drop below 123 (higher on this inverted scale) would get me more interested. 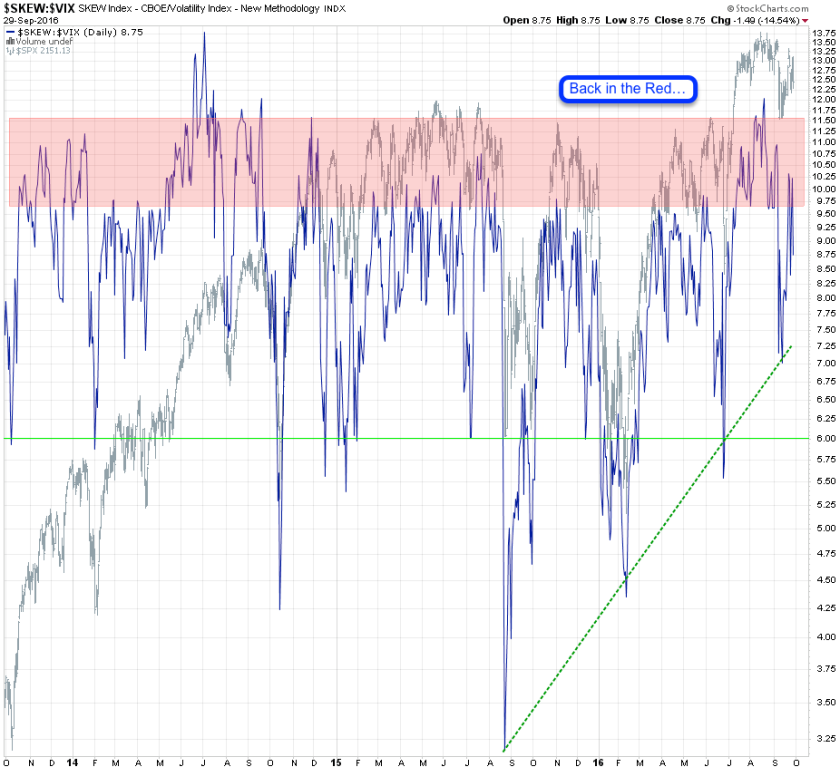 Here I charted the SKEW against the VIX and it’s now back in the red. Remember what I said about this chart and the compressed range? That diagonal is advancing quickly and I think we are running out of rope here. The bulls better kick this thing into gear now because there is not much time left.

Alright now to the really good stuff. If you’re not a sub then remedy this personal flaw by pointing your browser here.