Remember on Monday when I told you guys not to panic and instead to fade the doomsday news and to follow our charts? I hope you paid attention and ergo your accounts are flashing green right now. Well, you’re welcome, but as they say – you’re only as good as your last trade, so let’s get on with it, shall we? 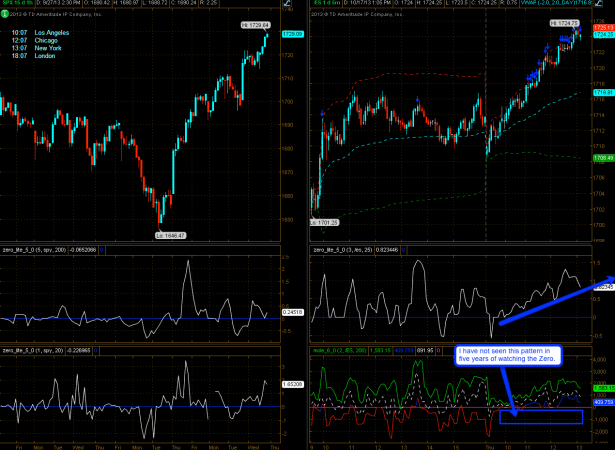 At this point the bots appear to be in complete control of the equities side. Take a look at the Zero Lite and the Mole indicator right below which is producing a pattern I have NOT seen in five years of following it on a daily basis. More specifically I have never seen a day where selling pressure is absolutely non-existent. As of this writing the red line has spent most of the session in plus territory and that is highly unusual. Seems like a lot of folks are being squeezed out of short positions today and the bots are mercilessly driving this thing higher. 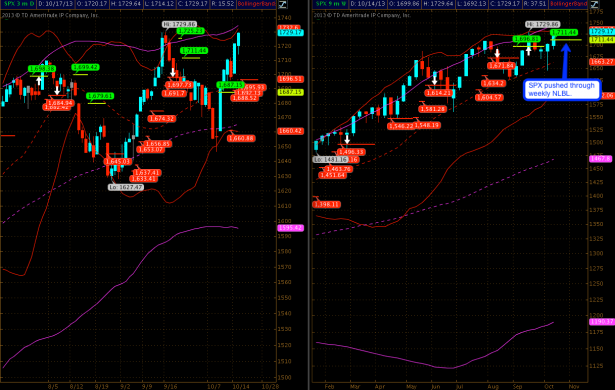 Which in itself strongly suggests continuation higher. Plus we have a weekly NLBL on the SPX which has been taken out today. A close above it tomorrow would be a weekly buy signal. 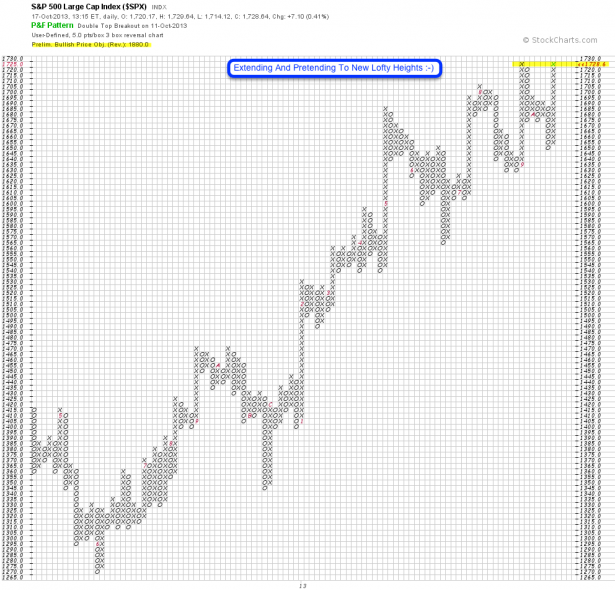 The P&F is also looking very interesting as we’re about to breach a previous high and that confirms the bullish price objective of 1880. Again, we probably don’t get there in one swoop but that’s what I told you guys a few months ago when the PO was pointing at 1770ish. 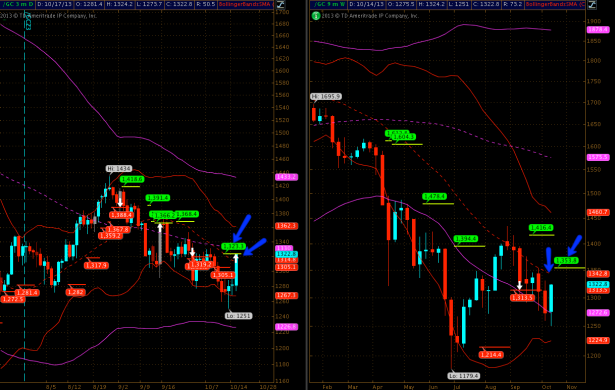 Gold has pushed higher today as well and is now finding itself near a daily NLBL which is positioned right below the 100-day SMA. Then there’s that 25-week SMA which is falling hard and should catch up with price  in a few days. Quite a bit of resistance. I would be short here with a stop above the 100-day. Now, the odds for a breach are actually not bad so I have no directional bias. Meaning that I’ll be long on a breach of the daily NLBL and the daily SMA. The weekly NLBL at 1,353.8 would be confirmation of the long side. But we’re far from getting there right now – until proven otherwise we should be thinking reversal right now – one step at a time.

Once again we are graced with some juicy setups today – please join me in the lair: