Well, today was an ‘interesting’ day – unfortunately we really didn’t make much progress in the price department: 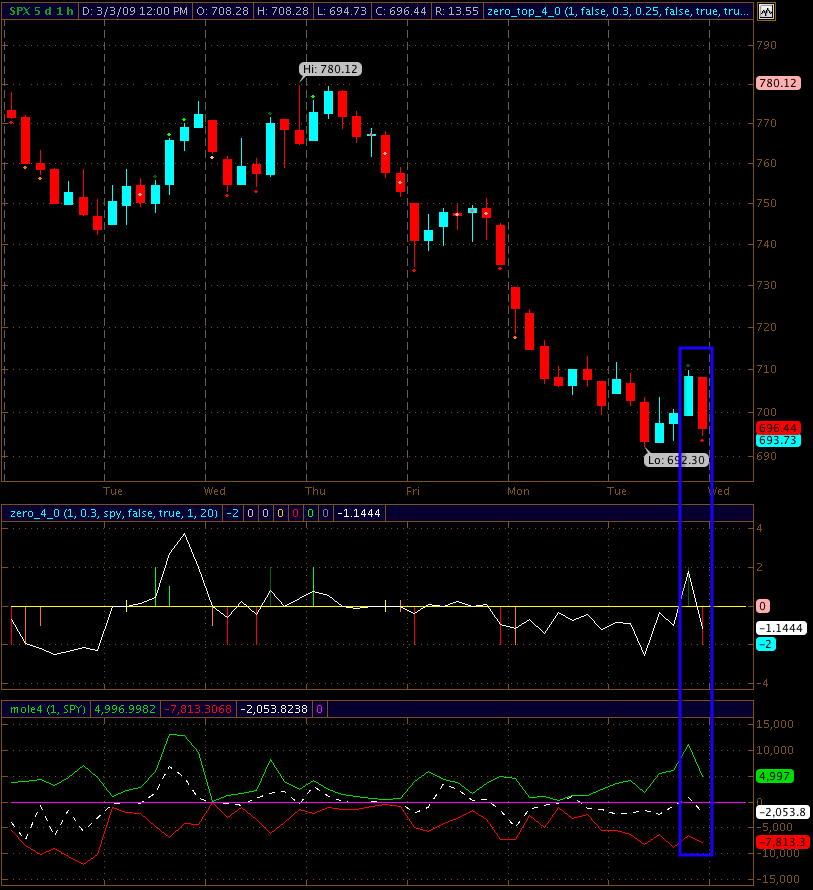 Zero continued to point down as we were making the daily lows. Then it started pointing up on the 4th hourly candle – again indicating to us that bearish momentum was waning. Eventually we started seeing a 2.0 positive signal as well as a long ETA. Unfortunately right at the beginning of the next candle the tape turned on a dime, something the hourly version of the Zero has a hard time handling. It did throw a short ETA relatively quickly however, getting me out around break/even and back into a short contract. 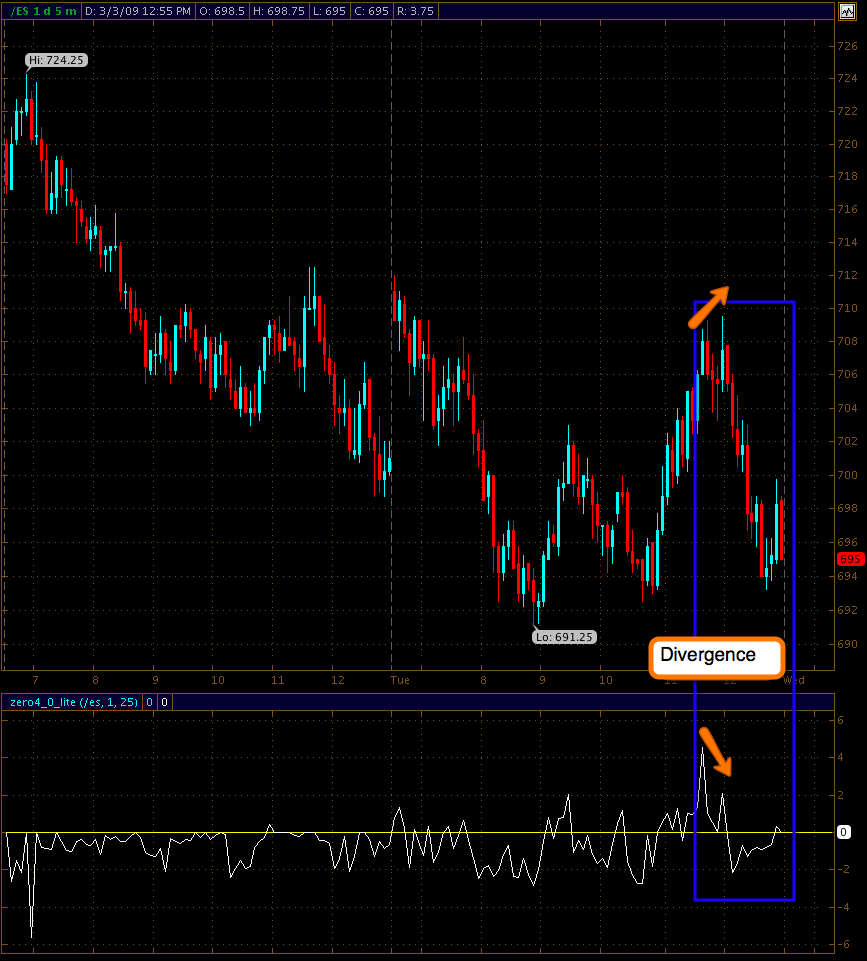 Today’s action is a good example of how to leverage the Zero Lite running on a 5 minute chart. As you can see it gave us excellent signals all day, including a juicy divergence that announced the impending whipsaw (marked on the chart). For the rats among you who voted that they didn’t understand the Zero Lite – this is what I’m talking about. You can basically watch the momentum diverge which a few minutes later is reflected in price action. We closed in neutral territory, but below 700 – a moral strike against the bulls.

Hope these little reviews help you guys understand this indicator better. Momentum does not lie and I think a combo of the Zero + Zero Lite might be a way to better evaluate entries/exits. I’ll post another poll later today.

Quote of the day: “Even the Evil ones have their cross to bear. — Steve”