At The Gates Of Valhalla 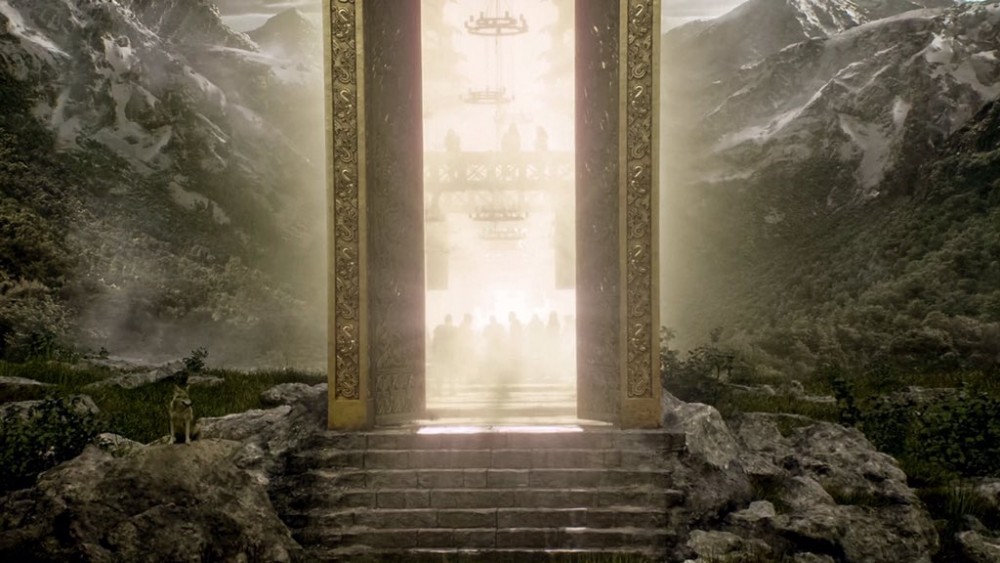 Over the course of the past month the bulls not only managed to pull the proverbial cart out of the mud, but somehow also give it an oil change, flip the tires, replace the spark plugs, and change the air filters. The reversal that is unfolding here is nothing short of being miraculous. Which of course is exactly why I remain highly suspicious of the entire affair. Unlike a much younger inexperienced Mole however, this old retail rodent knows his place in the market and would not dare arguing with the ultimate arbiter of truth – price.

Over the past week I have continued to point out that a reversal to the downside seemed premature and that odds supported continuation higher. Fortunately equities decided to play ball and the bulls now find themselves at the Gates Of Valhalla. I hope you are commanding sufficient screen estate because you’ll need to zoom all the way into the chart tryptic shown above to catch laundry list of hurdles we are facing now. But in a nutshell we are now:

Suffice it to say that what happens here today and tomorrow is extremely important and will most likely decide the tape for Q2 of 2016. I recommend that you keep a very close eye on the Zero to evaluate participation. Only negative readings and a strongly bearish divergence would convince me that this is only a last kiss goodbye. Don’t get me wrong – this is exactly the scenario I have been waiting for. But at the same time we don’t want to let wishful thinking get in the way of staying on the right side of the tape, right? 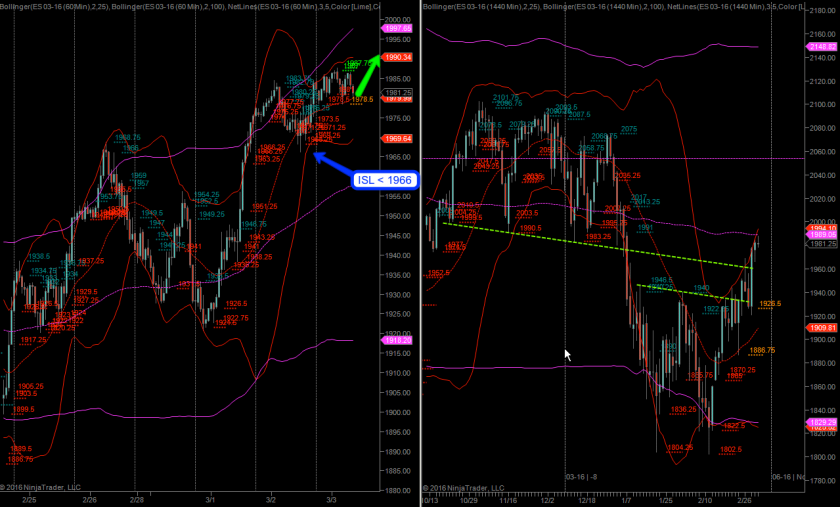 For the time being I have placed a humble long position with a stop near where I managed to get stopped out in a spectacular fashion. Way to go nailing the lows of the session, Mole – with your stop 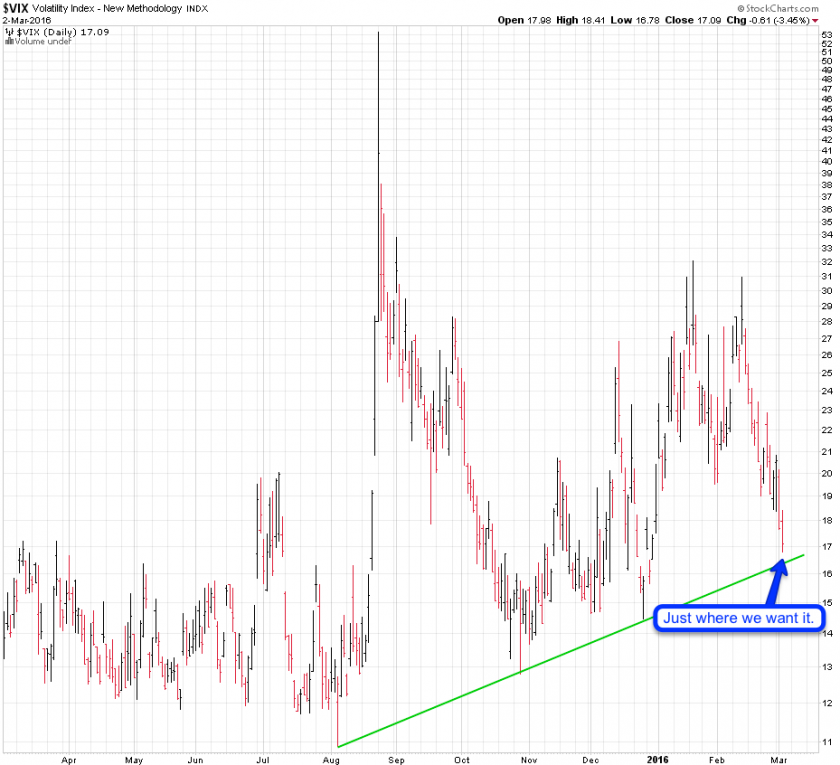 Now let’s talk volatility, as this has been the true grizzly killer over the past few weeks. In early February we were scraping the 31 mark and since a lot of shorts got trapped there the VIX has dropped all the way back to 17. If you do the math – that’s a 45% drop in volatility and that has left a huge mark on anyone long puts. Option premiums across the board (puts and calls alike) have been dropping significantly and that means that option sellers are most likely mightily pleased with themselves right now. 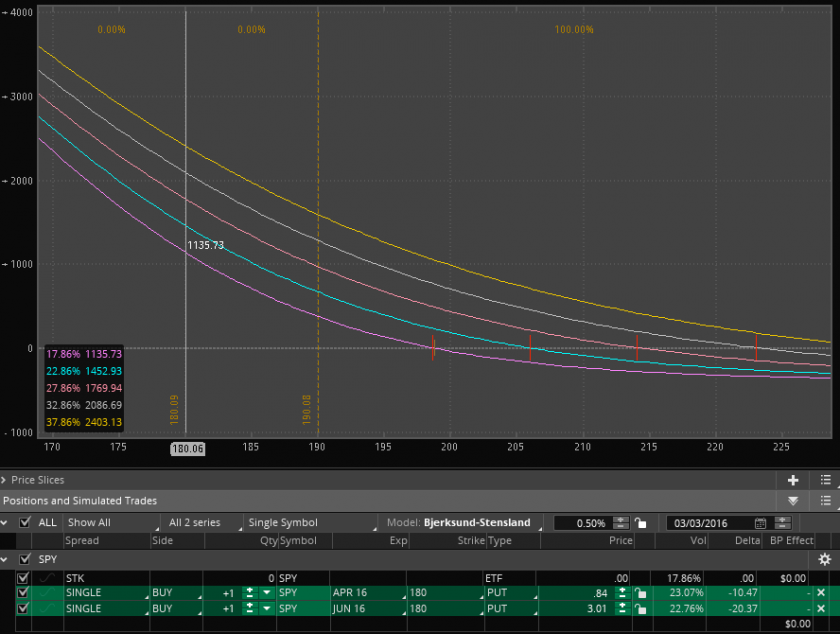 Which also means that buying downside insurance here has now become rather cheap. And by that I mean more specifically OTM puts protecting against a wipeout over the course of the Q2/2016 period. The April SPY puts at a 180 strike price are currently going for 84 bucks. The June contract is a bit more expensive as it’s got a lot more theta left to burn. I think the April contract is more tantalizing given that we are near an inflection point and that a move would either happen within the next week or two. And even given theta burn during that time, volatility (i.e. increasing vega) would massively increase premiums on OTM puts as well.

Once again – downside insurance should be bought with the mindset of never having to use it. So you pay the premium and then you forget about it. It’s very little money in comparison with the damage that could otherwise be incurred. 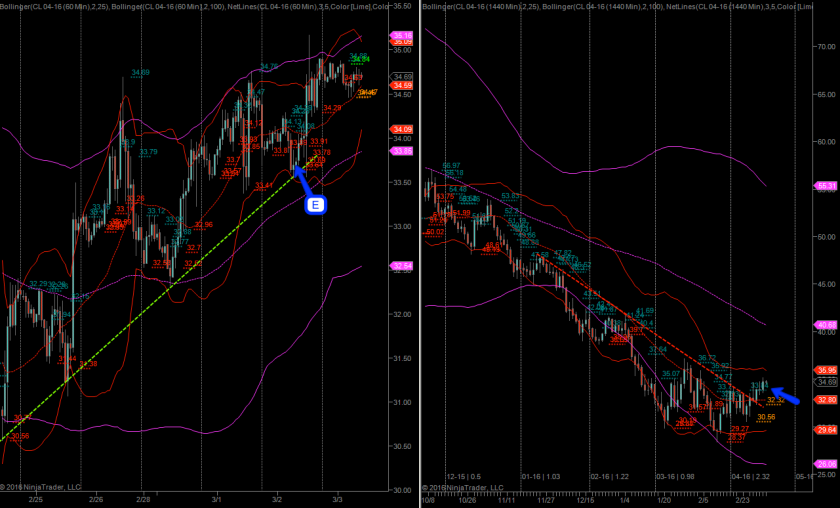 Crude update – could it be that we finally got a seat on the bus? I’m going to curb my enthusiasm but thus far it looks like I managed to snag an entry right on time.