What Would Socrates Do?

As my short term equity charts have all slowed down to the point of ambiguity I decided to ignore them all today and apply a slightly philosophical approach to make sense of it all. 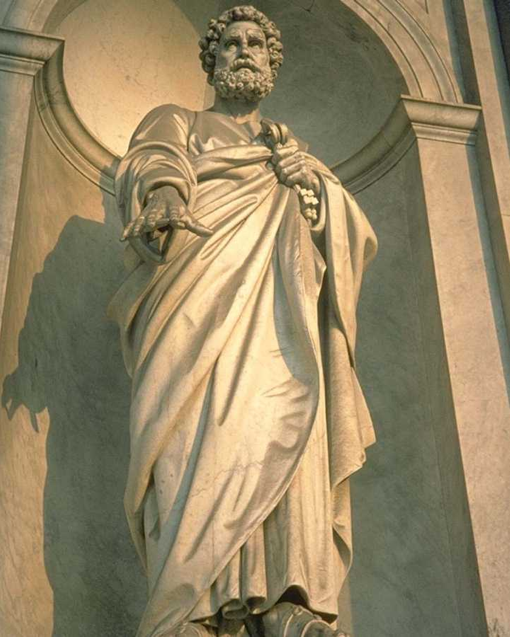 After all it was Socrates who said:

A good decision is based on knowledge and not on numbers.

Wise words indeed and what it means for us traders is that all the fancy tools and indicators in the world are completely useless if we fail to put them into context or are able to interpret them to our advantage. 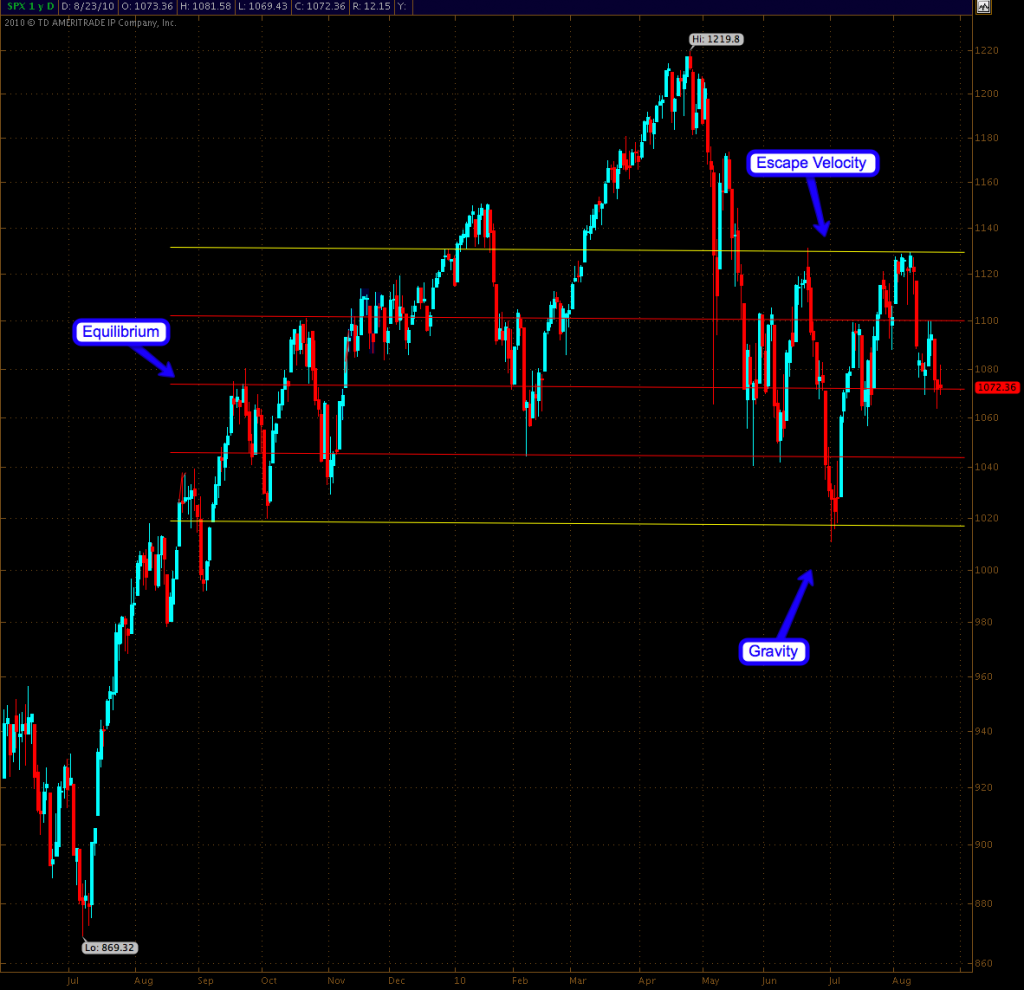 I mentioned this last Thursday – for the past year we have basically been gyrating within a hundred handle channel on the S&P 500 – with the exception of one meaningful attempt to breach it, which of course failed. Although the bulls still act as if they own the place there has been zero progress for either side. This tape is coiled up and wants to finally escape this dreaded channel.

Seems to me there are two forces at work here – one is gravity as dictated by our time cycle as well as the wave count, both of which are suggesting a correction is needed. The other is escape velocity defying said gravity through various machinations by the Federal Reserve in collaboration with the major banksters intent on socializing any losses incurred during the 2008 market melt down.

For the first six months of 2009 escape velocity was winning the day, partially aided by heavily oversold long term conditions. Upward momentum however started to slow in September 2009 and we saw a gradual increase of corrective waves after which a final short squeeze last April completed what we now count as Primary {2} of cycle wave c.

Since then we had a few fast moves to the down side but any attempts to escape the channel shown on the chart above have been thwarted. At this very moment we are smack in the center of this channel – which appears to be the equilibrium between these two opposing forces. The bears are exchanging strikes with the bulls but no winner has emerged just yet. However, it seems pretty clear to me that which ever side is able to breach this channel purgatory will take the price for the immediate future.

So, this very simplistic chart has some very important implications. As we are now in the center of the storm each side has an equal chance to score another touch down. If you look at the quarter channel dividers you notice that they also represent important energy points at which reversals or break outs happen. Only to be presented with another hurdle about 25 handles later. Make no mistake, my dear steel rats, this is a hurdle run and at this point both the bears and the bulls have to hurdles to go.

My suggestion at this point is to do what the market tells us. It’s quite simple – every breach of a line to the upside will diminish the potential of an medium term slide to the downside. If we bust through the upper yellow line then the odds of this happening are reduced by a minimum of 50%. Similarly this applies to the downside. If we push through 1040 it greatly adds much needed credence to the downside potential. And only a push through this year’s lows at 1010.91 will give us a real chance to see Primary {3} unfold as expected.

I know that this is a very simplistic chart but I actually am pretty elated about being able to bring things down to a very basic common denominator. We are in the eye of the storm right now and each tick up or down adds credence to these two opposing forces. Instead of guessing where the market will go we should simply watch this chart and adjust our delta exposure accordingly.

Of course if the Zero (once TOS fixes their data problem, mbmbl… grmbl…) or any of our other short term momo charts are presenting a clear picture I will let you know immediately. Right now however it seems everything is in flux.