Banking Coin Does Not Have To Be Complicated

There are some market participants –  probably the majority of retail traders – who think that there is some holy grail of trading or that the key to banking coin is hidden away in technical complexity or mysterious wave wankings. And frankly nothing could be further from the truth. If you think about the setups I presented yesterday or the ones Scott ladels on your plate every once in a while – they are downright trivial and no advanced PhD in mathematics is required. Simple binary rules even your dog could follow. The simple truth of the matter is that it is our own human nature that usually gets in the way of trading – in particular the ego inside of you who thinks it knows better. Once you are able to let go of your ego then you may just be ready to bank coin on a consistent basis. 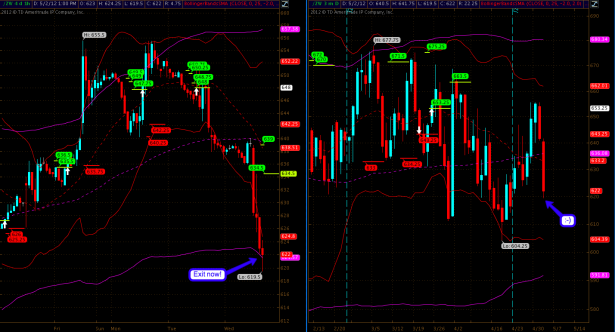 Let’s review some of what was presented yesterday. Wheat for instance – a simple inside day setup last evening which already has banked us some mighty coin one day later. By the way – it’s time now to head for the exits as I don’t like that touch of the lower 100-hour BB. There may be a snapback – so let’s call it a trade and move on to the next hapless victim. 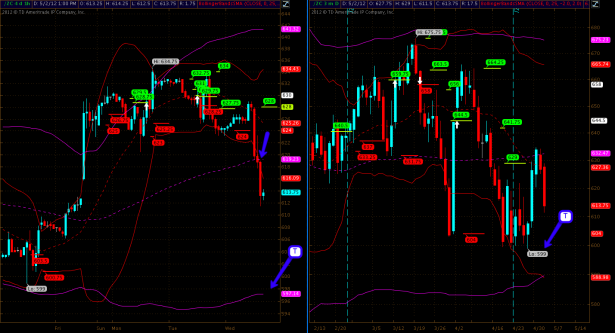 Corn on the hour hand may yet have some room to run. Another excellent entry I served up to my subs last night and based on the happy emails I have been getting a bunch of you decided to follow this one into the abyss. Unfortunately we did not get a long break out as hoped. But that’s the key in being profitable – you don’t take sides – instead you take profits. Isn’t that what we are all here for? Are you doing this for the entertainment, for proving yourself, or for the sheer kick of testing your luck? Then you may want to head for Vegas – at least there you may run into scantily clad girls serving tasty beverages. 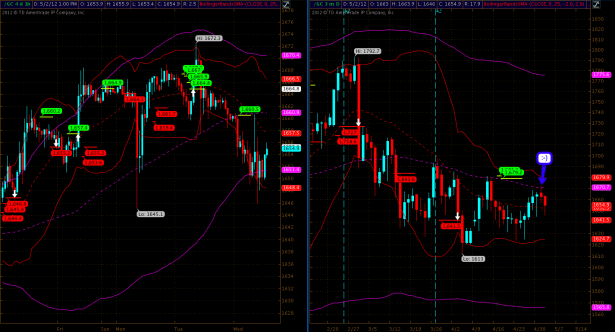 Gold – also moving in the right direction. As I said yesterday – I’m going to keep shorting this biatch at that 100-day SMA until it stops me out. Target area is a bit tricky as we seem to be building something resembling an inverse H&S. So I’m going to say goodbye here and wait for the next setup. 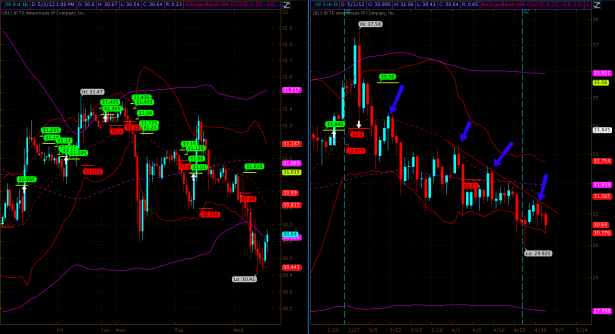 Scott made a good point yesterday about silver being the weaker of the non-dynamic duo. And if you draw a diagonal resistance line then you basically get the same formation – just weaker and with more resistance looming above. Kudos to the ole’ convict and I can fully appreciate the concept of preying on the weakest members of the herd. 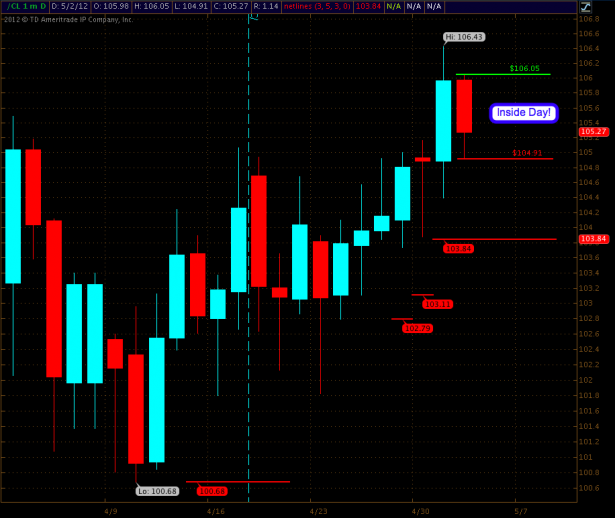 Since I feel uncharacteristically generous today here’s nice one for the leeches – inside day on crude. If you don’t know the drill then please consult the cheat sheet. 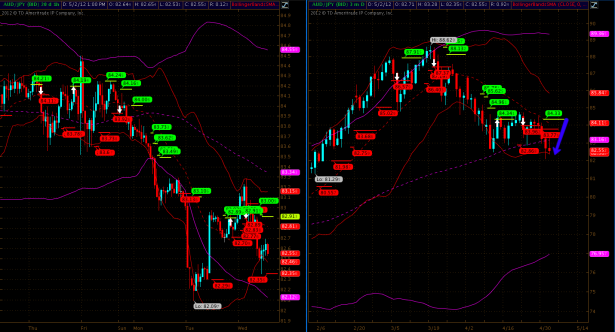 I don’t see much of an edge on the spoos or SPX right now – instead I’m going to talk about the AUD/JPY which is starting to look like it contracted the Hantavirus. Key observation on the daily is that it crossed the Rubicon (i.e. 100-day SMA) and is now knocking on its last line of defense (subs know what I am talking about – I covered that yesterday). In short – this is an awesome spot to be long with only a few pips of risk. And if we breach below then we may see quite a bit of acceleration so have no compunction about flipping this trade. Again, don’t take sides – take profits. 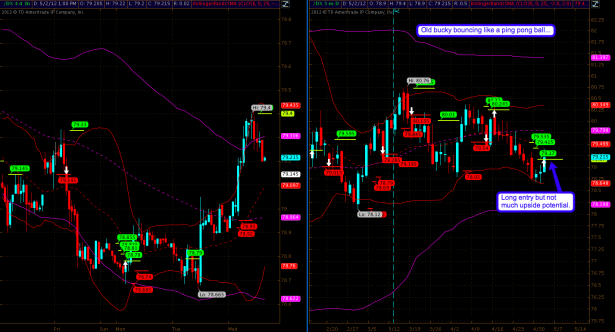 While the AUD/JPY is looking suicidal ole’ bucky is starting to look a bit bullish. We’ve got a nice NLBL touch here and although we may see a bit of hemming and hawing it’s permissible to be long here. I am not too jazzed about this trade as we are in a sideways pattern and thus upside targets are curtailed. But it may feed our AUD/JPY trade, so let’s keep an eye on this.