UPDATE 11:13am EST: I didn’t see this until now – the NDX has already breached the Jan 28 highs by a few ticks. This has happened before and might be just an overthrow but it officially changes the wave count to something else. What – well, I’m singing the blues at this point. 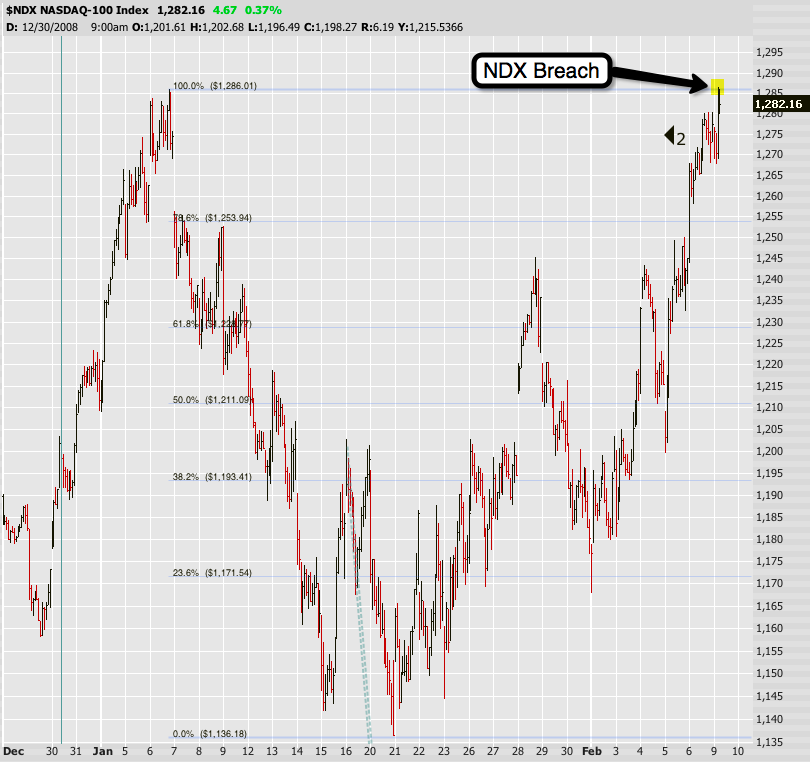 Frankly folks – you know I’m as bearish as they come but if you’re delta negative you need to face reality, which is that the mouth breathers will most likely push this tape way way past the painthreshold of the majority of the bears. 920 may be in the cards before TARP 2.0 will be announced.

UPDATE 11:20am EST: Another scary look at the Yen/ES correlation chart: 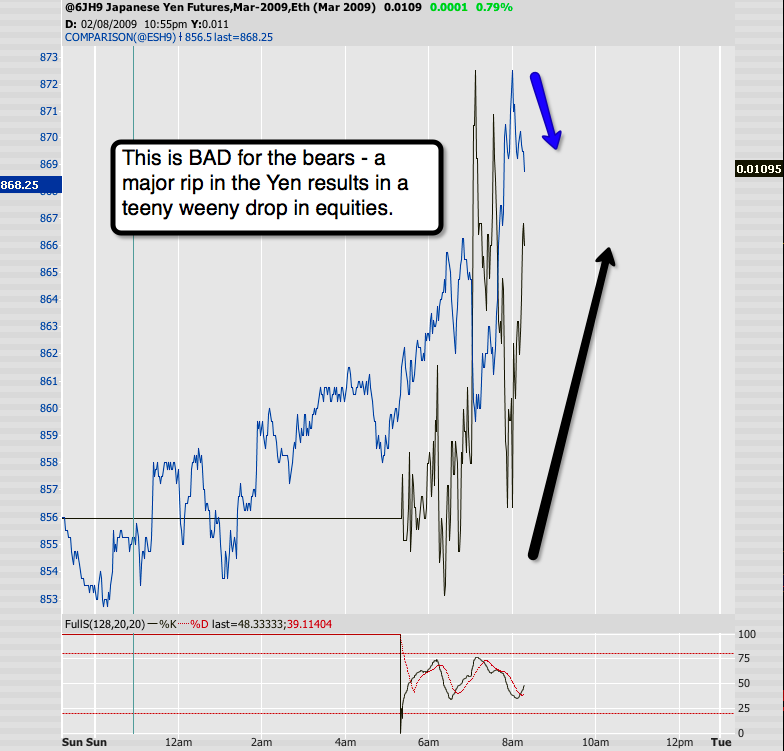 A rip in the Yen didn’t phase equities at all. Frankly, it’s looking very bleak for the short term bearish case.