Being Right Will Make Being Broke A Certainty 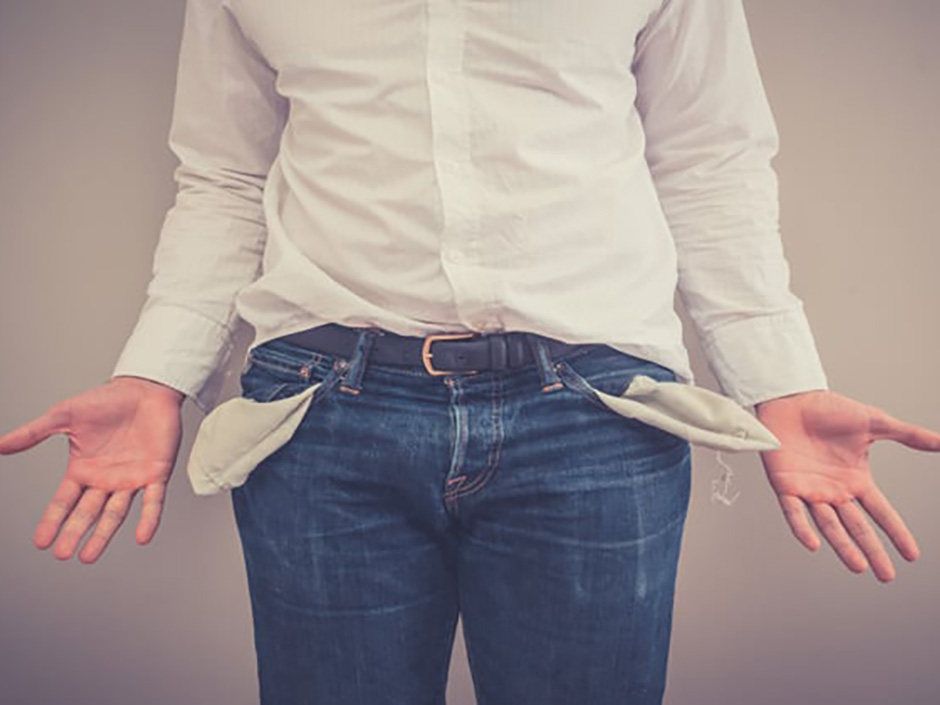 If you’d ask me to pick the #1 reason why a majority of new traders end up being shaken out sooner or later, I would point without hesitation at the compulsive need of wanting to be proven right. No contest. Nothing even comes close. A stubborn insistence on being proven right continues to wreak havoc on trading accounts all over the world year after year.

“But wait a minute”, you ask, “isn’t picking the right side the main premise for taking a trade in the first place?”

Answer: Yes, but being profitable as a trader does NOT mean you have to be right the majority of the time. On the surface that may sound like an inane proposition but there is method to my madness.

You see the game is all about three variables:

That is it. If your average win multiplied by your probability of winning exceeds all your losses then you have a winning system on your hand.

Take trend following systems for example which usually range between a 30% to 40% win rate and still have managed to beat the overall market over and over for the past few decades.

How is that possible?

Simple, trend trading systems all live (and die) by their outlier winners. It doesn’t matter if a system gets stopped out four or five times in a row if the big wins make up for all the small losses over the long term.

This is exactly why trend following systems are technically among the easiest but psychologically some of the hardest types of trading systems out there.

Most people like to be proven right and taking four, five, or even six losers in a row messes with their head. The big ego kicks in and it’s all downhill from there.

Plus in this day and age of instant gratification many are focused on the short term, with promises of outlier gains along with a high win rate.

Unfortunately the two are positioned on opposing ends of the system trading range. If you want a high win rate you will in exchange also have to accept very small wins.

Similarly if you want large outlier winners you will have to get used to a win rate < 40% and that would be considered a top notch system among professional traders. TINSTAAFL.

Ed Seykota, a legendary trend-following trader who has made hundreds of millions from systematic trading, put it best when he stated:

“Win or lose, everybody gets what they want out of the market. Some people seem to like to lose, so they win by losing money.”

It sounds like some Zen riddle but there’s a lot to unpack here.

Many people seek out trading not as a way of producing income but as a challenge to prove something to themselves. Their motivations differ based on personality type, intelligence, and level of education.

Many academic types for example assume their cognitive skills will give them an extra edge in the market and then are stumped when they find themselves getting rolled over instantly.

They are puzzled that being able to resolve a Black Scholes pricing model on a Google spreadsheet didn’t produce the superior trading results they had anticipated.

Instead of taking a step back and focusing on what actually moves the needle they usually do the exact opposite and double down. Surely a more advanced binomial model will do the trick next time, right?

And when that fancy model crashes and burns as well, they seek out even more sophisticated tools that make complete sense on paper but offer little when it comes to yielding actual tangible profits in life trading.

Here’s a hot tip for you which took me years to figure out on my own:

An increase in complexity does not necessitate an increase in probability. It’s easy to fall for that trap and high IQ people are particularly vulnerable.

Like in most things in life when it comes to trading, less often turns out to be more. Adding more rules to a broken trading system won’t make it better, it will make it worse.

So when you decide to participate in the greatest game of all, then be specific about what you actually want to get out of it.

I always suggest that people sit down and write a business plan with concise milestones and deliverables.

Yes in almost all cases you’ll laugh out loud reading it a year later BUT it will focus your mind on what you are out to accomplish and what is required to get you there.

For me personally being a trader has always meant finding the shortest path to producing consistent long term profits, no matter what – beg, borrow, or steal.

I have no ego on that front and if someone else produces superior profits to mine then I have no compunction about copying or shadowing that approach or system.

Meaning if you don’t have the time or level of expertise to develop your own trading system then you are much better off to adopt someone else’s, assuming of course he’s got an established track record.

Speaking of which: Take advantage of our 2023 kick start super sale which offers a massive discount if you sign up for Red Pill Quants Unlimited for an entire year.

Not good enough for you?

Right now on this page ONLY for a few more days in 2022 you can lock in LIFETIME access.

That’s right, never pay us a single cent again and enjoy our premiere options trading service for the rest of your natural (or unnatural) life.

Awesome, right? But you can only get it on this page for a few more days, so lock in those savings while my temporary insanity lasts 😉 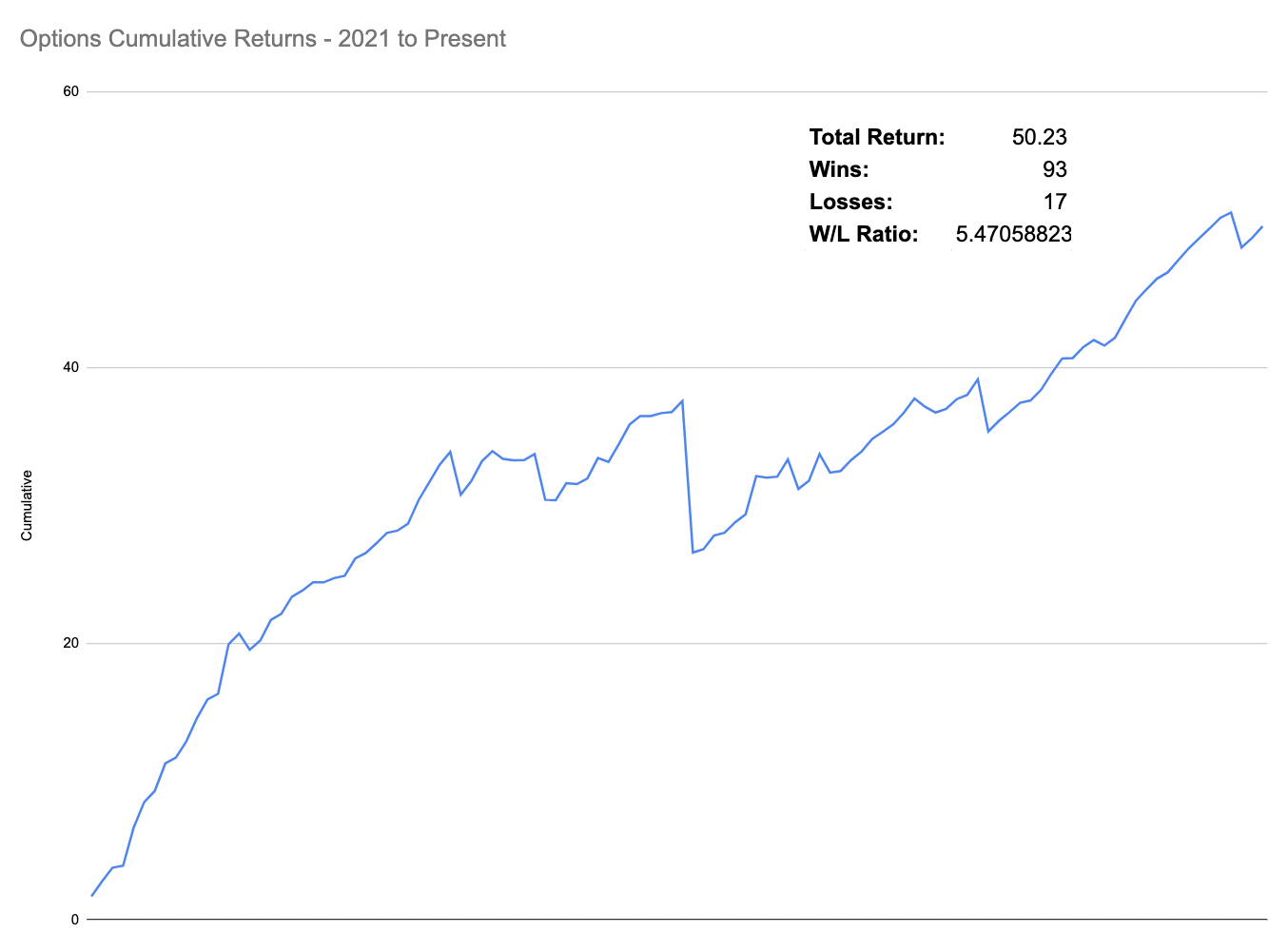 LIVE cumulative P&L of all my trades over the past year can be found here.