Coiled Up Ready To Strike 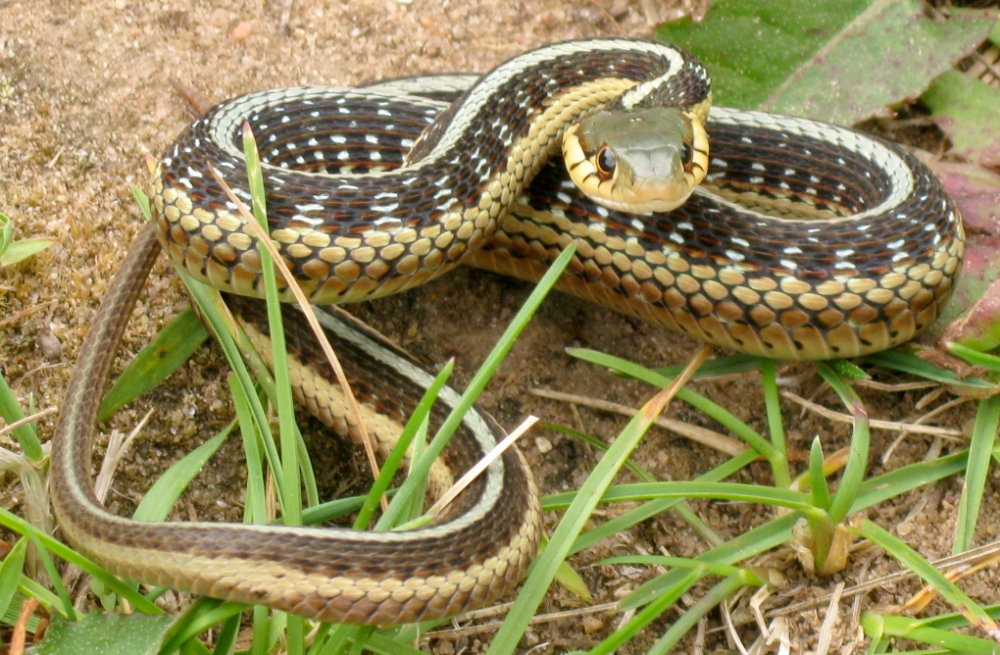 We’ve got a lot to cover today, so I will spare you the pleasantries and dive right in. Yesterday’s session once again must have been frustrating for many participants due to a continued lack of direction. But I expect resolution to be delivered swiftly and brutally as the equities are now coiled up like the proverbial snake. 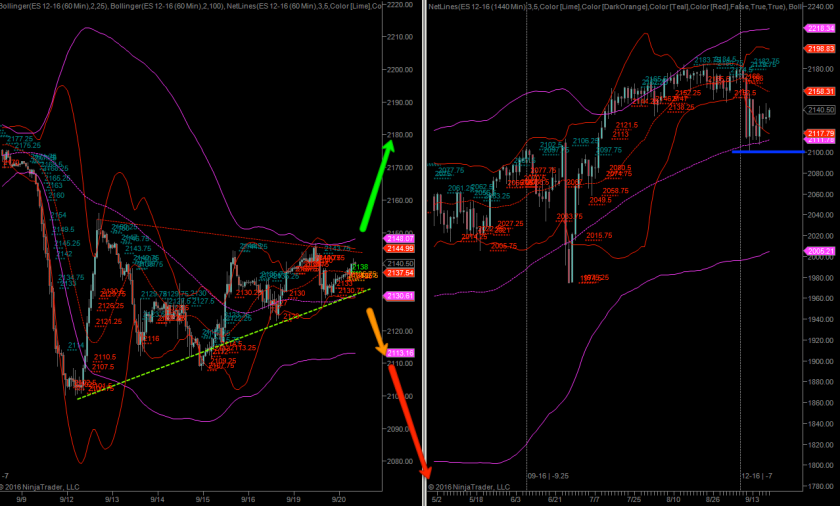 On the surface we seem to be well positioned (see Thursday’s, Friday’s, and yesterday’s update) but I can’t shake that ominous feeling that I’m being led into a trap. This configuration is way too beautiful and clear, especially given the preceding range and the intra-day volatility we had to put up with. Of course you all know me well enough to not ever settle on a particular direction. The downside here is absolutely still in play and would take quite a few people by surprise. 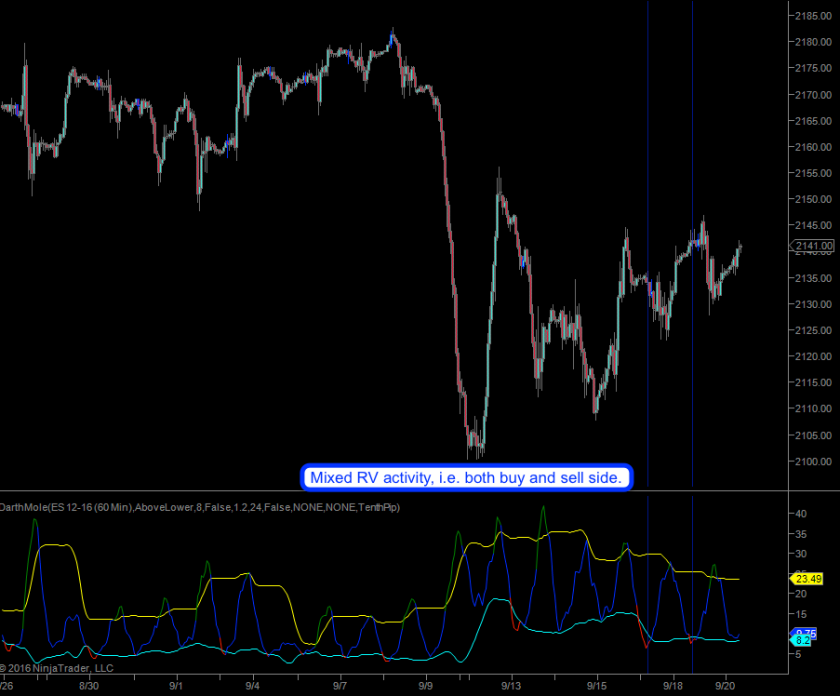 Realized volatility isn’t helping us much right now either as we are seeing both buy and sell side activity once things get moving. Or perhaps that’s a hint we should consider?

Of course short of blindly going short there is no perfect entry opportunity for the bears here. Well, that is not really true – technically speaking this actually represents the PERFECT entry opportunity for the sell side. Just imagine we drop all the way from here and after the fact you’d look at the previous formation and ask me: ‘Heck Mole – why didn’t you take that short setup? Are you losing your edge?’

Quite on the contrary grasshopper, it’s just that this old crusty veteran has learned a thing or two about major inflection points. And in particular that they are incredibly difficult to catch. In these situations I usually look at my momo charts in order to get a basic understanding where we are  on a long and medium term basis. 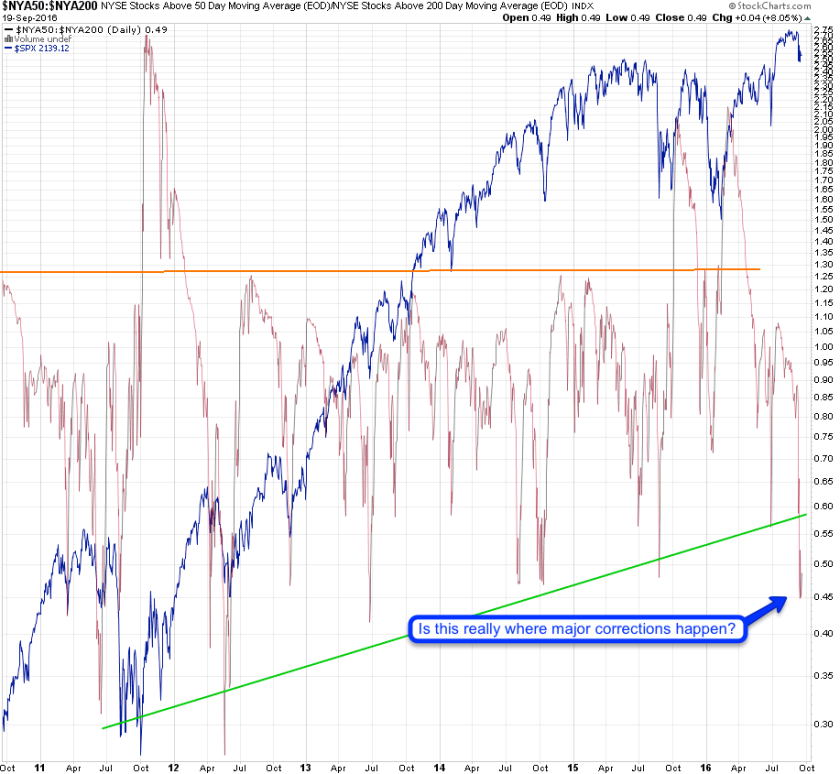 Let’s start with the most bullish one which is the NYA50:NYA200 ratio – basically a measure of market breadth. Clearly it has actually remained in very bullish territory and one can’t help but wonder if this is really the spot in which major market corrections are staged? 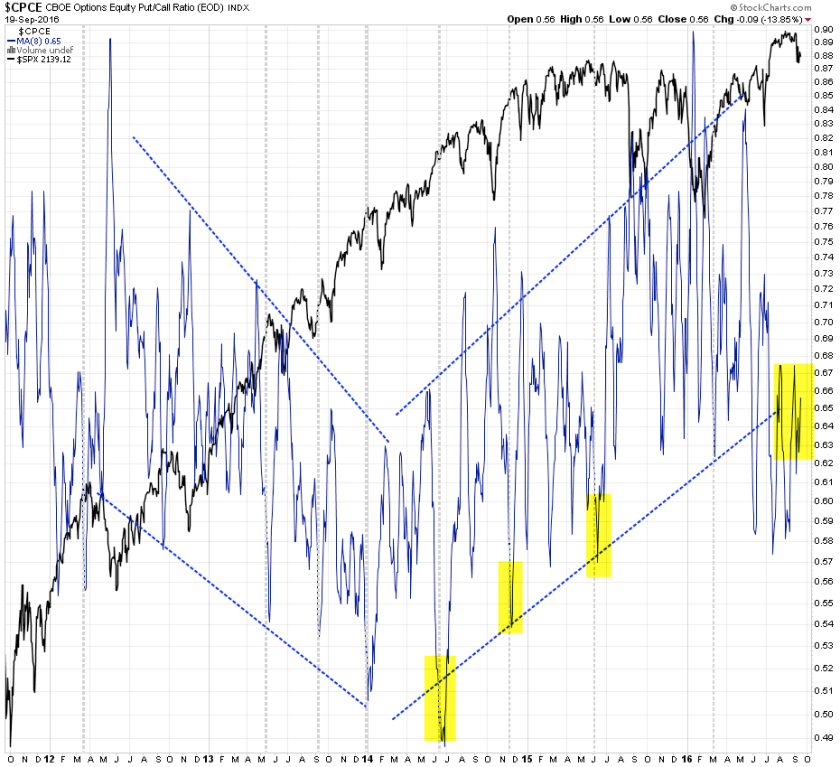 However the CPCE, which runs inverse to the SPX I plotted behind it, is looking pretty bearish if you give my advancing channel any credence. One needs to remember that the current levels would be considered relatively bullish readings in 2014. BUT let’s not resort to relativism here. Based on this particular lens I’d concede that we have considerable bearish potential remaining.

But we’re just getting warmed up, the notion of a bull trap here is gaining more credibility based on what’s shown below: 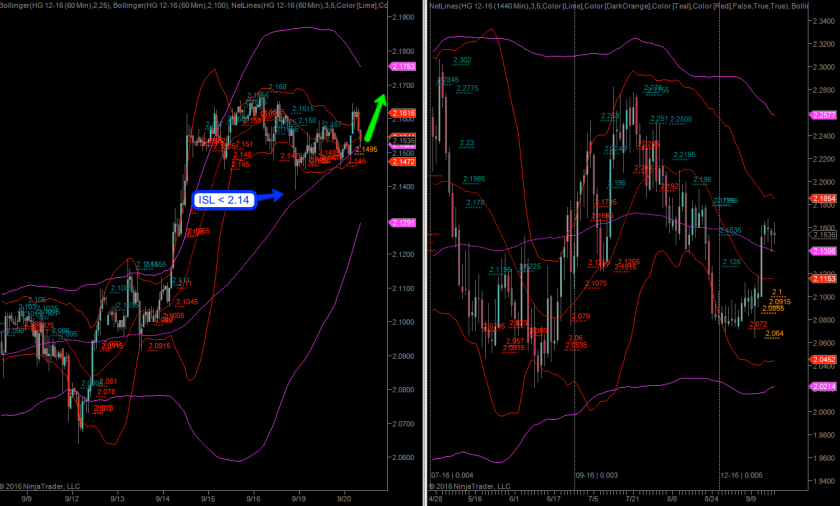 I’m doing things a bit backwards today as I’m finishing this post with some setups. I think copper is a reasonable long idea here with a stop below 2.14. 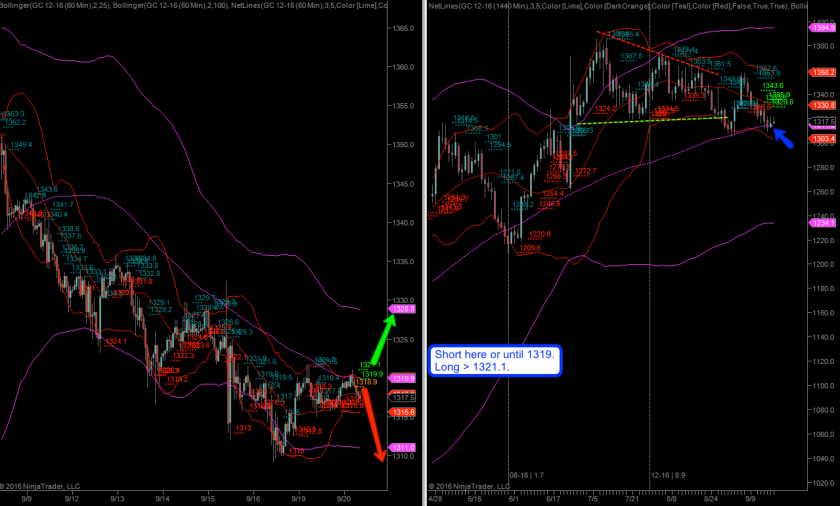 And gold may be ready to make a move – once again the direction is less clear. For now I’m short, expecting one more drop lower below the 100-day SMA. But if it manages to recover to above 1321.1 I’ll be grabbing a small long position. This is a very interesting setup as the dynamics shift strongly within just two handles or so. As such the benefit to risk ratio is high but at the same time the potential to get whipsawed is equally high. Worth participating but keep your position sizing small.

And as usual our quest for banking some humble profits in this crazy market isn’t made easier by the powers that be: 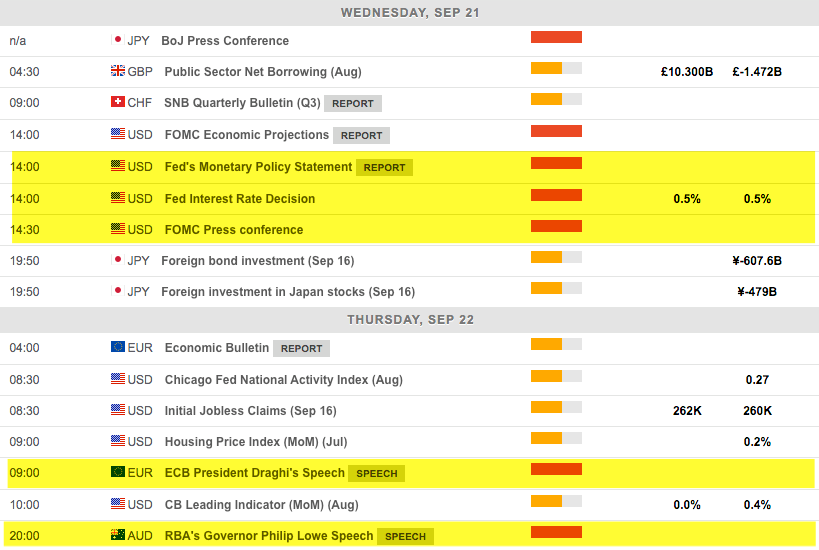 We’re being treated to a veritable double whammy this week, starting with the Fed reporting its rate decision tomorrow at 2:00pm followed by Thursday’s early morning spanking we’ll be receiving from Mario Draghi on my side of the Atlantic. So I don’t expect a quiet session today with some major volatility spikes tomorrow and Thursday.

Quite simply I’ll be watching the tape today until shortly before the show begins tomorrow at 2:00pm. Should my open positions fail to make sufficient progress I will most likely close out and remain in cash until the dust has settled. You may consider doing the same.