The title of this posting is actually a message to myself. Let me explain: 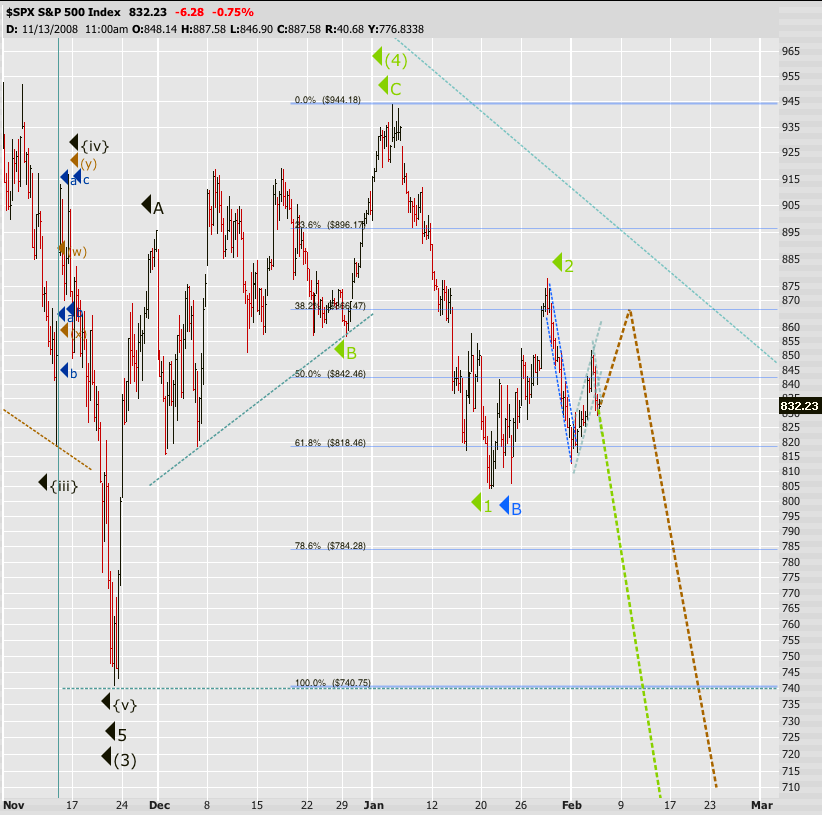 I was smart enough to load up on those February puts today but I also sold puts against them, expecting more upside later in the day. My thinking process was that we might start dropping perhaps and I would scale out on a little bounce. Only problem was that we never got a bounce anywhere near the top and I wound up riding it down hedged.

This happens to traders several times in their careers and it’s a huge psychological trap. As you see the market plunge it’s very tempting to un-hedge yourself. But you know exactly what’ll happen if you do that – the second you legged out of your short side the tape starts whipping up again. We all have been there and it sucks.

There is only one solution, which is to pick your next best poison. As there are no guarantees that the market will not suddenly reverse you at least need to raise your odds by legging out on a rip – whenever it comes. No market drops forever without taking a pause and you have to wait it out – discipline is a core virtue of a successful trader. No ifs and no buts.

So, basically I have to eat shit and like it – until there’s an opportunity to crawl out of the hole and jump on the horse. How’s that for weird analogies? LOL 🙂

I usually don’t do updates on Wednesdays but after today’s tape I decided to put one together telegram style – I’m already over my word count, so let’s get on with it:

Green: Looks likely at this point, despite the lack of participation this market is tired and wants to drop it seems. If this plays out we’re basically going to rapidly descend from here with only minor breaks.

Orange: Not the triangle scenario – just a variation on the motive wave 2 of intermediate (5). This means that there is a slight chance that today was the mother of all bear traps and that we’ll somehow rally up to complete a c wave. I know … I know – sounds unrealistic, but I’ve seen horses puke and thus we should never get too comfortable and be prepared to embrace possible alternatives. Anyway, we’ll know fairly soon as any rally attempt would have to start right around the open. If we drop much further this one is off the table.

FYI – the 10-day CBOE Call Put Ratio is still extremely low – this means that o.i. in call options heavily outweighs put options. We usually see this kind of stuff ahead of major drops.

One big fly in my ointment is the breadth on the Nasdaq 100 which closed around 1:1 – amazing, after a day like this. On the S&P 500 it closed at 1.2:1 negative – which is an ‘improvement’ but still pretty neutral. That and the lack of participation makes my head scratch a little. 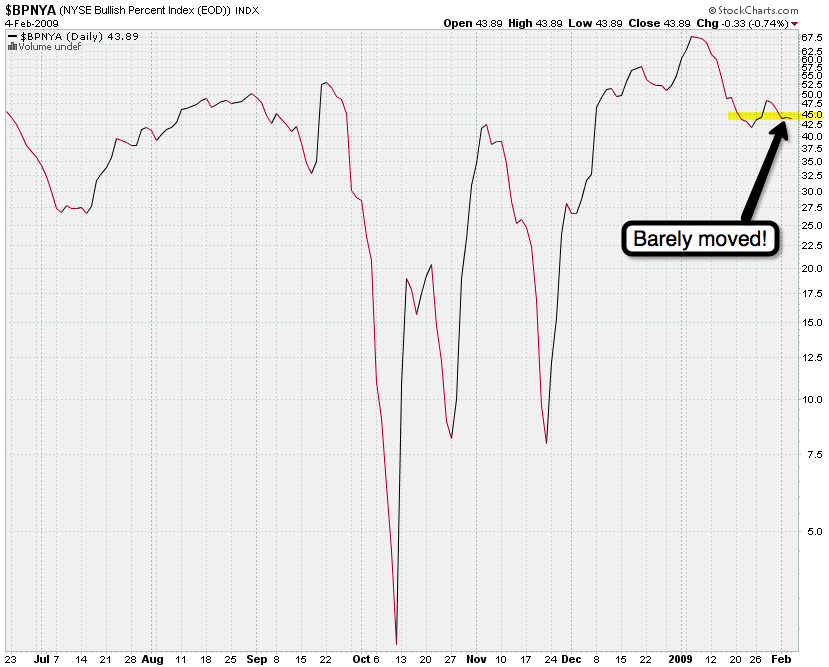 The NYSE Bullish Percent Index barely moved today – which I have a hard time interpreting. Obviously, there is plenty of space towards a bottom, at least based on prior lows which I have an inkling we’ll be approaching sometime this month. 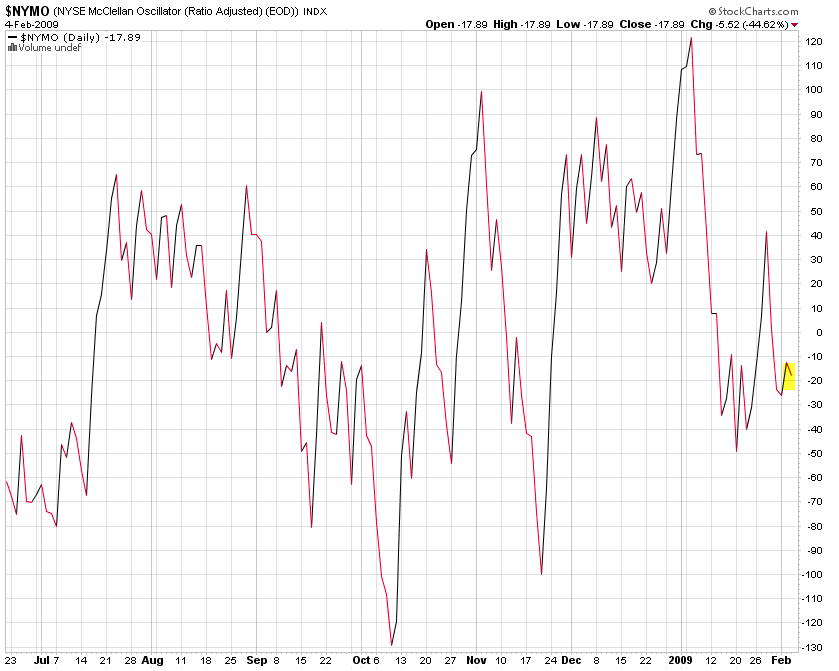 Leaving the door open for a counter rally as well is the more medium term NYSE McClellan Oscillator. We are in slightly bearish territory at this point and the risk is actually towards the upside. Doesn’t have to happen but I’d feel a lot easier if we were sitting at 40 right now.

As I know what makes the Zero tick, I was looking at those components separately and I can tell you that there is very little participation and momentum going on. I actually cannot stress this enough – the readings were minimal and reminiscent of what I saw during the X-Mas season. So, although things look all bearish right now and many of you believe this thing is ‘in the bag’ – be careful.

Remember, just because you’re paranoid doesn’t mean they’re not out to get you 😉

There’s a lot more I could say about today but I got to run. See you tomorrow, rats!