End Of This Campaign

Well it’s been a profitable campaign but today my position was closed at the 2R mark to which our stop had been advanced last Friday. That doesn’t mean equities won’t ride any higher from here but the rules are the rules: 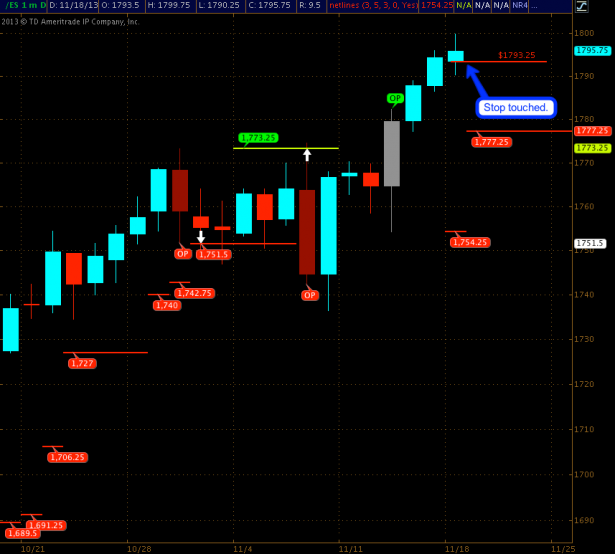 That early morning dip lower did us in – it was a bit of a pain as the Zero Lite suggested that it was nothing but a quick Monday morning shake out. Thus the odds for a bounce back were high. 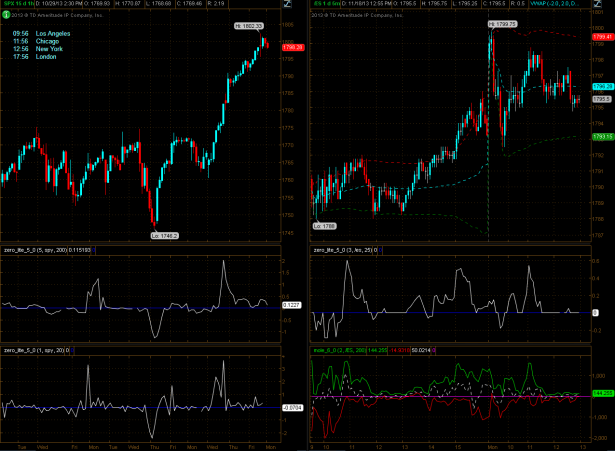 However, as you can see we’ve gone pretty flat here since and participation is dying out (right panel). 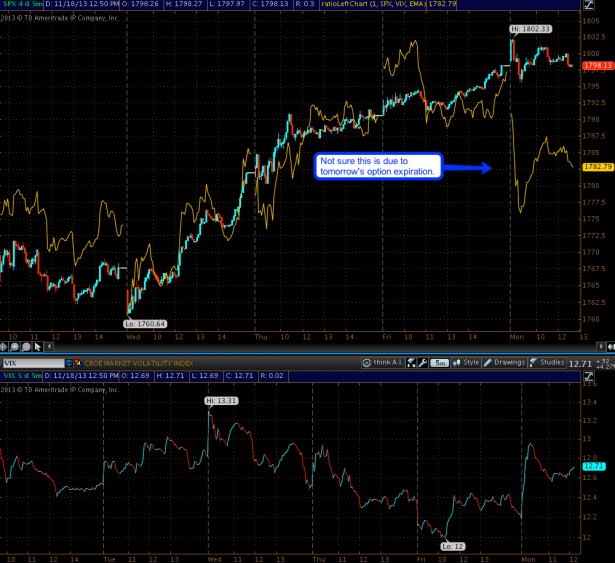 The SPX:VIX ratio is also pointing to some possible monkey business. In case this chart confuses you – the drop of the line means that VIX has been pushing higher wile the SPX painted a new all time high. The SPX managed to climb above 1800 while the spoos missed it by one tick. It’s possible this divergence is due to tomorrow’s VIX option expiration but I still don’t like it. So perhaps today’s stop out will be for the better. 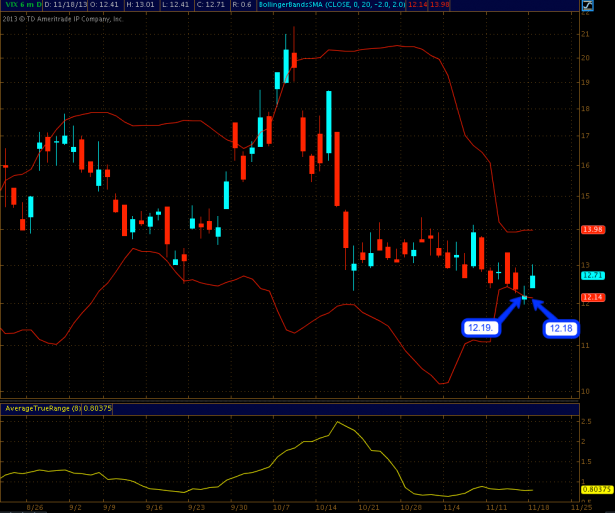 Congrats to everyone who participated in this campaign 🙂

Nice early morning entry on the ZN futures. I think it’s worth holding this campaign as we are pretty close to getting above that monthly NLBL which was failed earlier this month. 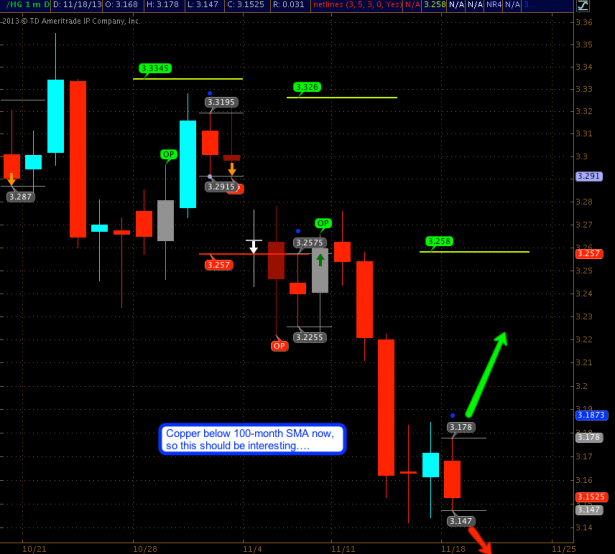 Copper is painting a juicy inside day candle. Both of those triggers are interesting as copper just failed its 100-month (not day) SMA – thus a failure or a bounce here will probably have long term implications. 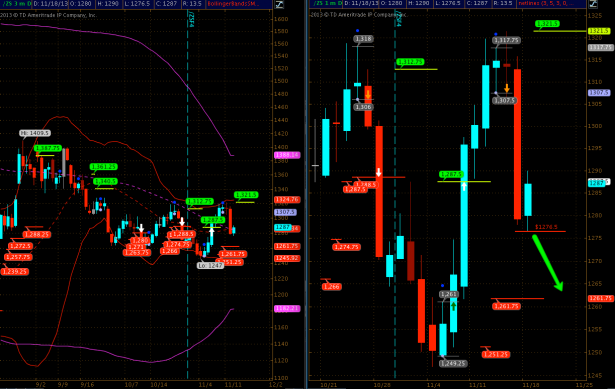 Soybeans is presenting us with an RTV-S setup – entries will be valid after the session close tonight. I also love the context here as the 25-day is meeting the 100-day with prices right on top. This is a good one and although it’s not a popular contract it’s worth considering a small position.