When all fails I always remind myself of Jesse Livermore’s core tenet, which was to follow the tape into the most easiest direction – the one with the least amount of resistance. Or in simpler terms – just follow the money! 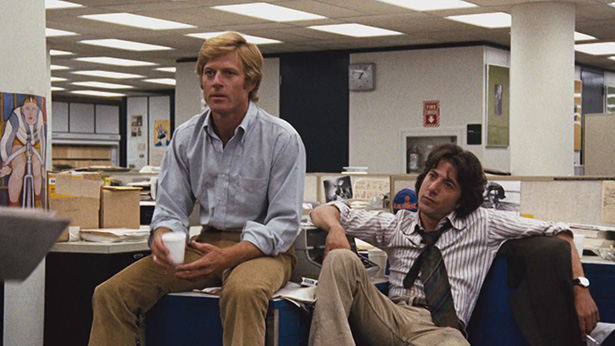 And that, my intrepid stainless steel rats, remains to the upside. If you have been coming here for more than a week than you probably already grasp the fact that this rally has been fueled by invisible forces immune to resistance on the momentum, sentiment, seasonality, and price side. Thing is this – just like last January the tape should have reversed a long time ago.(remember my A/D ratio post?) The fact that it is not just tells us that the current up trend is strong and that any reversal eventually transpiring will most likely be on the more procedural (i.e. weak) side. Sorry guys – I don’t make the rules – I just report them.

Everything is pointing up on the short term spoos chart – that hourly 1309 NLBL is worth watching but since I took this snapshot we are already trading at 1311. May be good for a retest. The daily looks extremely bullish with both BBs pointing up and supporting what my P&F chart has been saying for a long time – which is that after some gyrations we’ll most likely arrive at SPX 1400.

As you recall – on a medium term basis the only resistance on the horizon is that weekly upper BB line near 1320 – so we still have a few handles room here. I yesterday said that it should be good for a red candle but be warned – that red candle may come after a strong rip up, so don’t fight the trend here.

Retail schmucks sentiment has turned a bit more bearish but that ratio is still on the stupid side. Well, thus far retail remains on the money side and it’s the main reason I am expecting a little shake out here on the medium term. Being a market cynic I simply have a hard time imagining to see so many retail rats bank coin all the way into 1400. That is not how the market usually works – enough said. 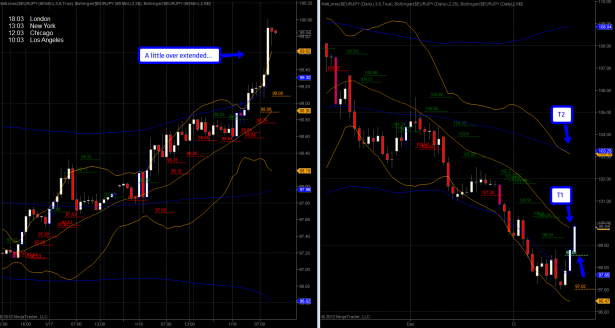 I had my doubts yesterday about that NLBL working out right out the gate but here we are at T1 – congrats if you traded the breach and enjoyed over a handle of profits. Now, you know the game – I would scale back a little and expect some turbulence ahead. However, my long term target is the 103 mark.

More FX goodness below for the subs – please step into my dusty lair: 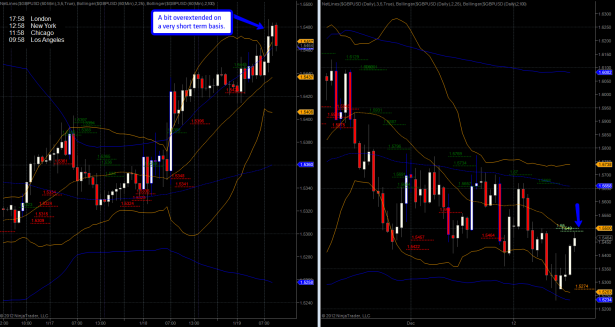 Cable bounced off two stacked stacked NLBLs plus a gratuitous 25-day SMA. I would be short here on a retest but flip the trade around as soon as we push above 1.55. I actually hope that happens as my next target would be 1.565. On the downside picking a target is a bit more tricky – I would be out rather quick if it drops after a retest of those Net-Lines. 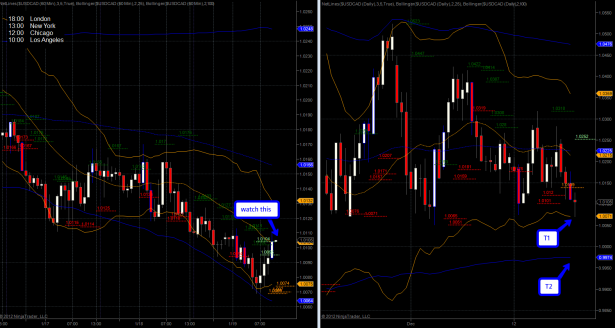 USD/CAD hit our T1 target and bounced back a little as expected. There is a lot of support down here and it’s easy to imagine that descending triangle, which is a good long opportunity as long as that support line holds – but if it gives be aware that we may see some acceleration to the downside. So be nimble and don’t overstay your welcome. 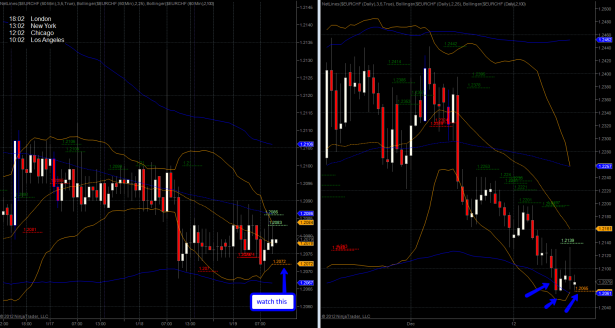 EUR/CHF tried to reach a daily NLBL but failed ignominiously. Now it’s kind of resting near 1.207 and I would be watching those hourly NLSLs near 1.2072. Admittedly this is not a fully developed setup yet and the downtrend could easily continue. But I wanted to put it on your horizon as it could pull EUR/JPY on us.

And last but not least – 30-year treasury futures are back where I like them. 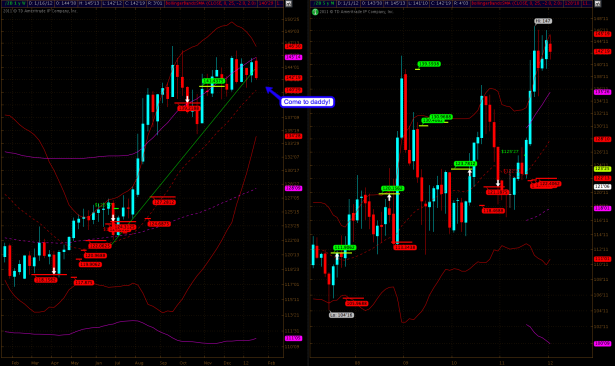 Which is right below that long term diagonal support line that has been teasing the bears for a while now. This is how I’d play this one: Be long until we see a breach of the 100-day SMA – if that happens all hell is most likely going to break loose. I’d love to see that one happen 😉