Another glorious day for the Zero – observe: 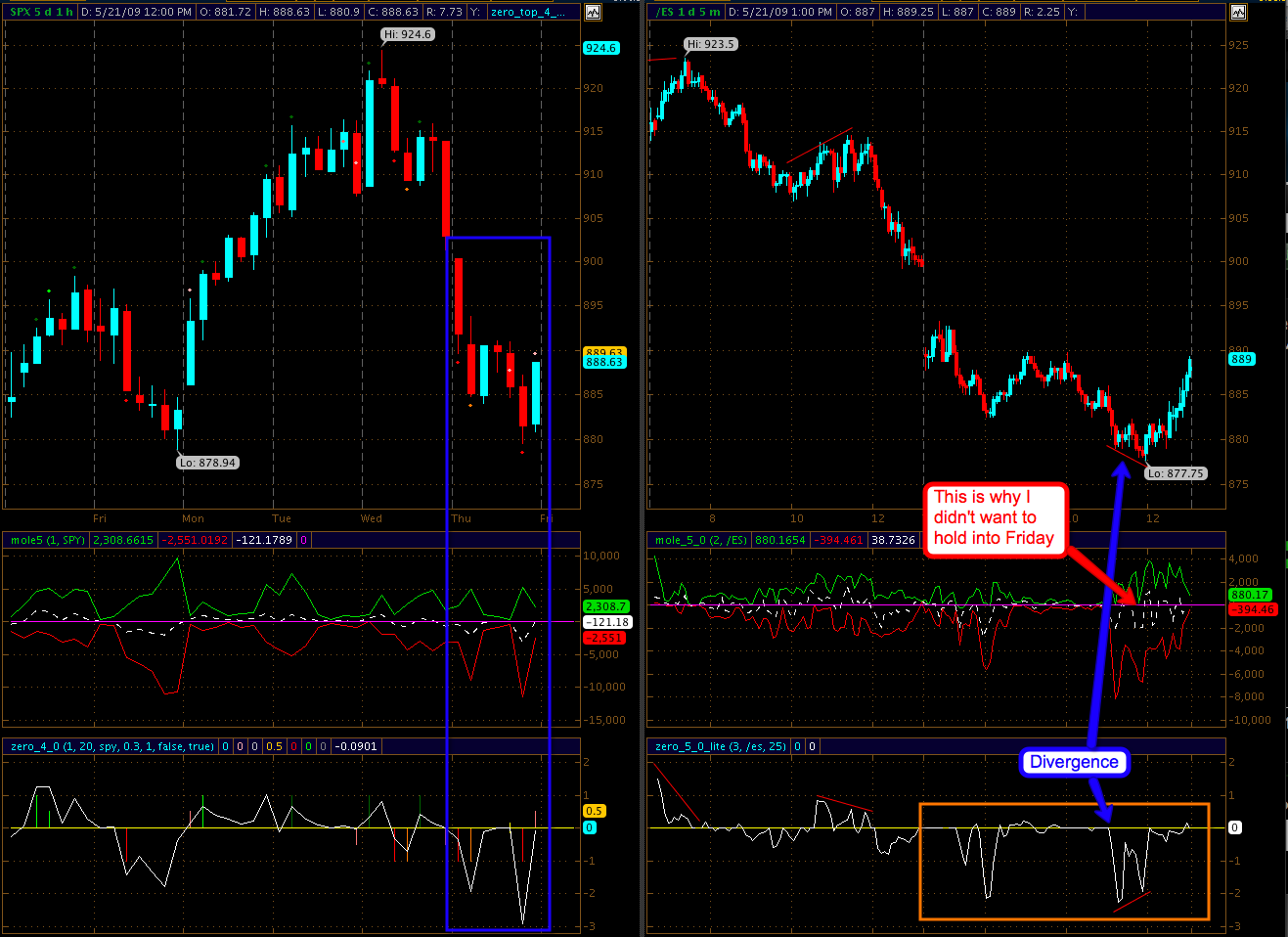 Easy day for the PZI as we were trending downward – no complaints. The Lite mostly stayed below the zero mark all day except for a few tiny wiggle attempts for a breach – which actually freaked me out a little as it looked like participation was dying off. Suddenly massive selling hit out of nowhere and it led to a nice divergence indicating that today’s ride was over.

Reason why I was very cautious going into Friday is the expanding bubble in the Mole Lite. Buyers were showing up and as you know tomorrow is the last trading day before next Tuesday due to the long Memorial weekend. So, I don’t think there will be much participation tomorrow and it’s very easily possible those XBox prop desk monkeys are going to try to bang this tape higher. 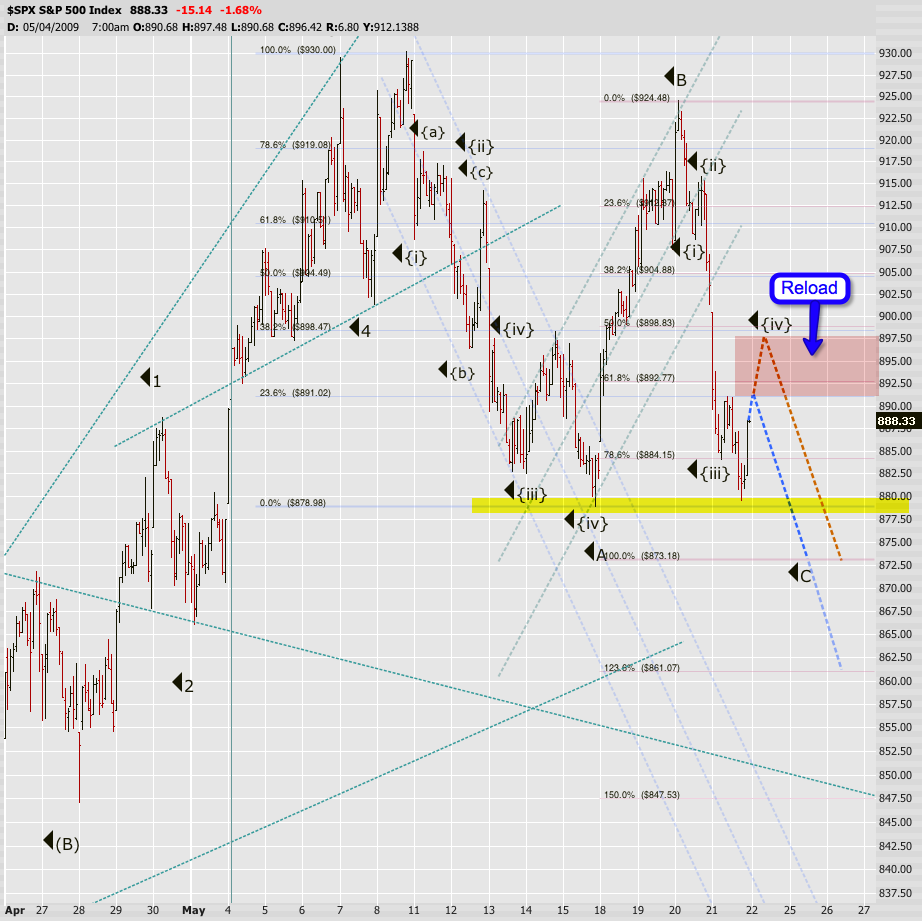 We didn’t breach the prior the May 15th low of 878.94 before we bounced today, which is actually great news as wave C should comfortably conclude below that mark. The obligatory EOD counter push might be the last leg of an expanded flat representing Minute {iv} of Minor C. I’m not completely sure on the smaller degree count but would use any spikes tomorrow to load up on more short positions. 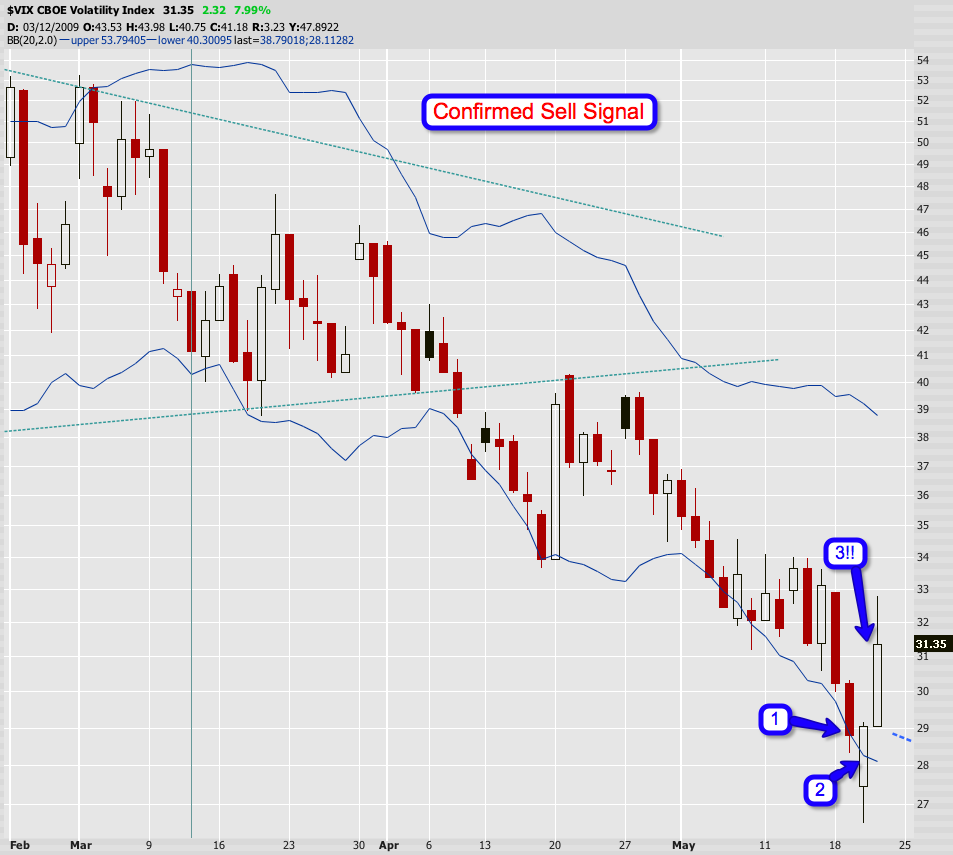 Last – but not least – we did get a confirmed sell signal on the VIX – wooohoooo!!! Step three was a closer higher than the previous one. This is supporting evidence that we might drop a lot lower from where we are now.

That’s all I got for today – I might chime in later.