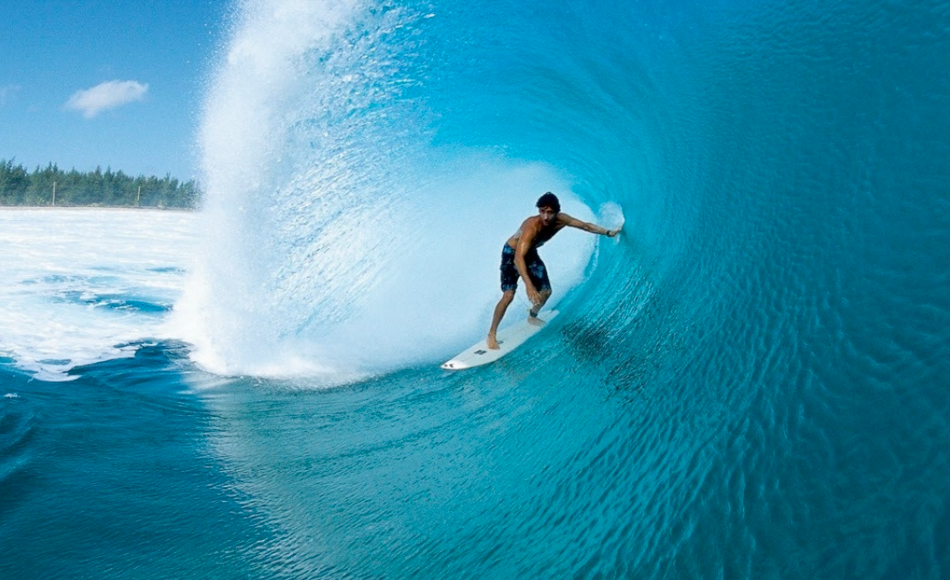 Apparently I am losing out on ill-gotten gains due to not hanging loose enough. As your venerable deacon of market domination congregating our esteemed flock of trading disciples I have been preaching the gospel of prosperity during days of darkness. And I quote:

Clearly I was spot on in theory but putting my own words into action proved to be difficult in the context of my new Discretionary campaign which I had developed a few weeks ago. In the past I used to manually place and then manage my campaigns and after more than a decade of participating in this racket I’ve become pretty good at assessing the situation and making the proper calls based on available technical evidence. Since introducing my automated campaign management however it’s the system rules which are in charge and they simply do what they’re programmed to do. For instance after about 0.5R profit I advance the stop up to the -.0.5R point, and after 1.2R I push it to break even. Now if my stop is 8 handles away but the ATR on the day is larger than that then the odds of a revisit are pretty high. 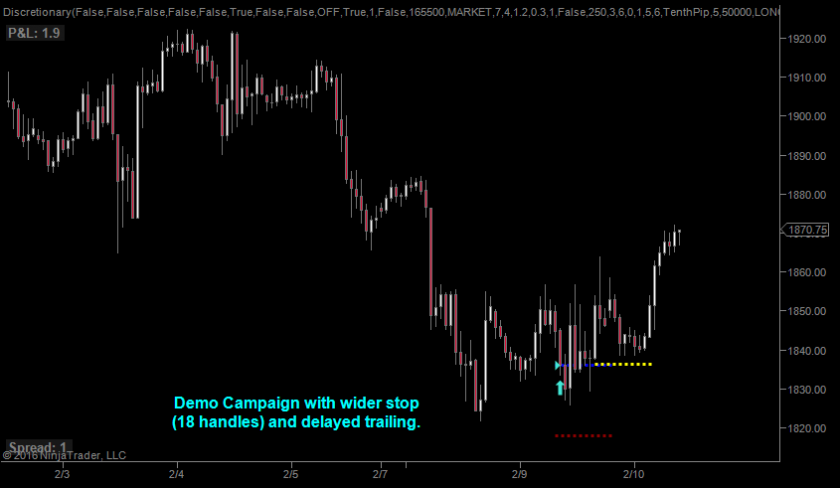 So I have two options here: I can either pick a wider stop or I can shift the initial trailing thresholds. I tried out both on my E-Mini campaign which was stopped out at break/even yesterday. If I raise the threshold from 0.5/1.2 to 0.75/1.5 I still get stopped out. I actually had to widen my stop to – get this – 18 handles (plus minus) for the 1836 entry to survive yesterday’s gyrations.

Now my stop was originally at 1819 – just a little below the Monday lows. They would not have been touched and if I would give up on the b/e advance for another R or so I would have stayed in the game as well. That said – both Scott and I agree that over 80% of campaigns will get stopped out if they push to 0.7R and then revert back to -0.3R. So the thinking here is that you’re saving yourself 0.3R of losses in 80% of the cases. I take that to the bank any day, full well knowing that the remaining 20% may contain outliers which wind up banking you more coin in the long run. As always your system needs to reflect your own needs and requirements whilst allowing you to stay in the game without loss of sleep. 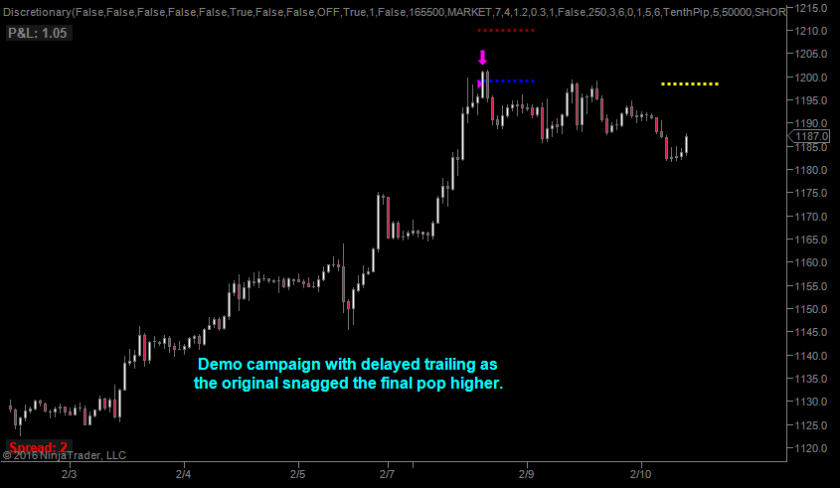 Same thing happened on gold as well – I snagged a pretty good entry and that last swing higher almost exactly snagged my trailing stop at break/even. Very annoying and although the fat lady hasn’t sung on this one yet I think keeping a slightly looser stop and delayed trailing thresholds is the better approach. Note that gold is actually a lot less volatile than the spoos. So if I’m getting stop snagged here then fat chance my original approach would fly on something like crude, equities, or (crossing myself) natgas.

Moral of the story

Chances are you’re not hanging loose enough. Yes, it’s great in theory to use a 5 handle stop and then ride your position higher/lower for 50 handles. But let’s be honest to ourselves: How often are we really that lucky? So next time when you place your stop, ask yourself that question: Do I feel lucky?

P.S.: Yes, that typo is intentional 😉