I Did Not Kill John McAfee 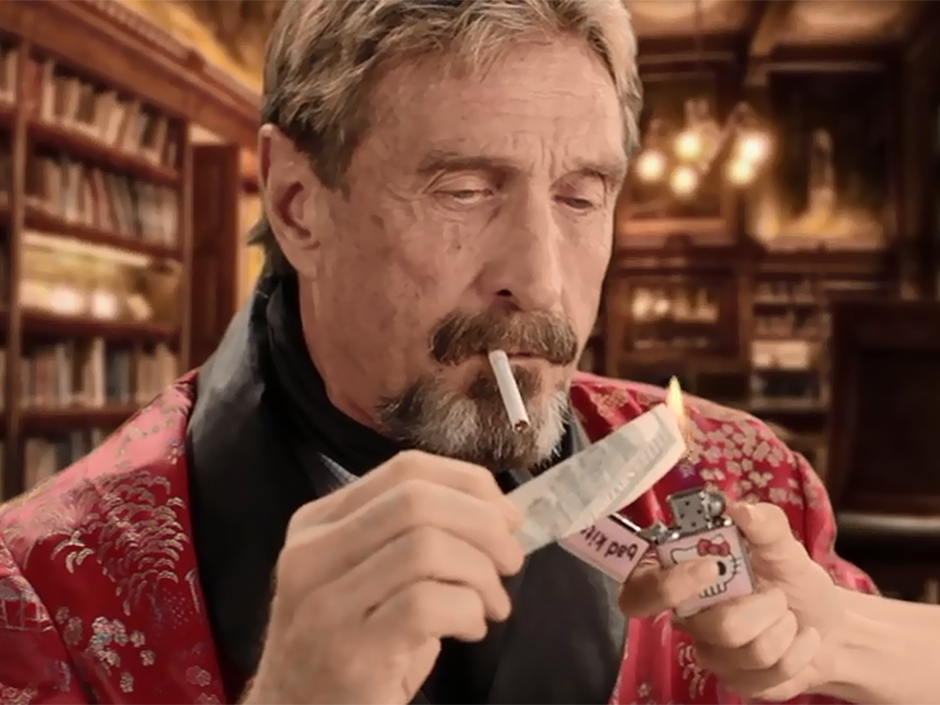 Look I just want to get in front of any potential rumors. No I did NOT kill John McAfee. I didn’t even know the man personally. And just because I recently spent two weeks up in the North of Spain does not mean I hired some local goons to have him snuffed in his prison cell. I mean – sure, I COULD have. And he did after all welch on his bet that BTC would hit the $1M mark by 2020.

But that’s what debt collectors are for after all. You start small, with a finger or toe perhaps, and then slowly work your way up or down until you reach soft tissue. Eating it on national television is completely optional.

That usually gets it sorted quickly and everyone walks away happy feeling a lot better about the situation. Some with a little limp of course.

But how could anyone want to hurt a guy who provides hands-on technical support like this? Good people are hard to find these days.

Plus John knew how to play the piano like a virtuoso whilst explaining to you the top ten reasons why you are stupid mofo not worth his carbon footprint.

In other words, my kinda guy.

Except maybe the whole killing neighbors and tax evasion thing. Okay I get it – offing neighbors can be tempting: I live in Spain after all and there are temptations galore. But last time I checked it was illegal here, so you’re always better off moving.

John’s fatal mistake: He tried to screw with the IRS.

Talking about a strategic mistake. Many have tried – all ended up getting curb stomped in the end.

But none of that matters now that he’s gone – for good. What I’ll miss the most about John is his irreverent nature, his biting wit, and his grander than life persona.

Say what you will about the guy but he’s lived ten times the life most of us will ever experience. So in that respect he is and will remain an inspiration.

Shoot for the sky and see what drops in your lap. It may be a stripper you hired for the weekend or a pile of money you banked questioning conventional wisdom.

Or just maybe you invested in a crypto trading system that continues to outperform Bitcoin.

But offing myself (or getting offed) in a Spanish prison – not really on my agenda. Which is why I happily pay all my taxes and sleep sound at night.

The one lesson John unfortunately never learned is that  – in the end – we all have to pay the piper. If you’re very lucky you may get to choose which one.

RIP John – you will be remembered.

P.S.: If you think this post to be of poor taste, completely inappropriate, or way too soon – I fully agree! Exactly the reason why John would have loved it. If you don’t get that then you never understood what made the man tick in the first place. So in John’s words: bugger off.