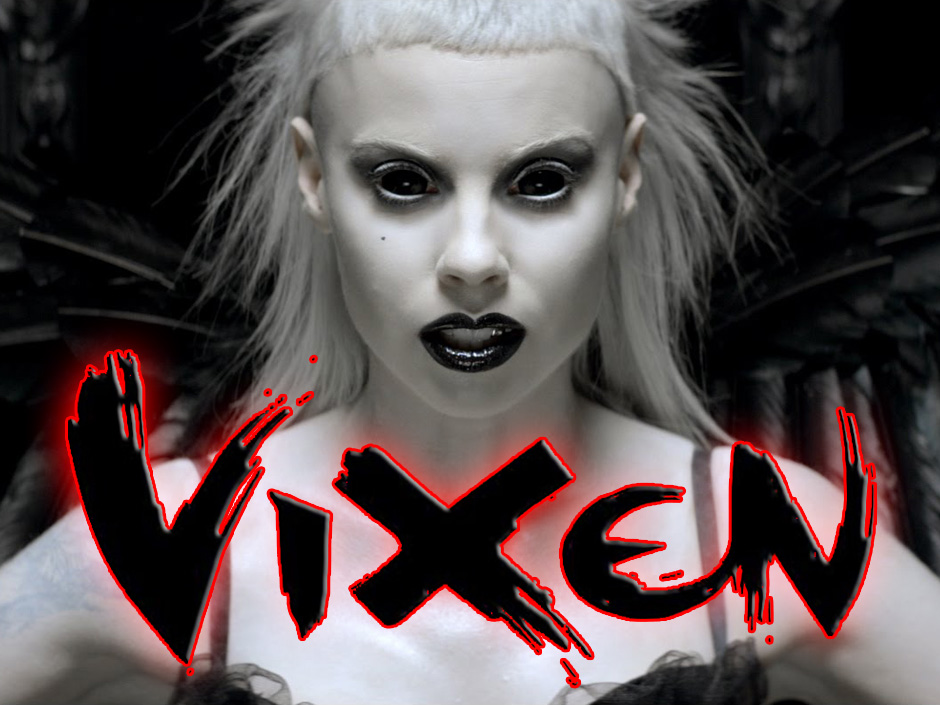 It’s been a rough week in an already dismal trading year, at least thus far. But to your credit you’ve all held strong and stuck with our script, especially when the going got tough and then some. So I think you all deserve some good news for a change. As I’ve already hinted on in recent posts, over the past year I have been working on a new IV related trading system in close collaboration with a very talented Chicago quant.

We started chatting offline after he pinged me regarding some of the IV related tutorials I had posted here. This was sometime in early 2017 and over the following months we started to collaborate on a massive IV data research project which over time turned into the development of a full fledged trading system.

Fortunately I had started to get into python and various pertinent tools just a few months earlier, which was an educational effort that ended up paying off in spades. There is simply no way we could have done any of this in C#, Java, or any of the lame scripting languages offered in various trading platforms.

Doing all our research interactively in iPython notebooks allowed us to quickly and efficiently take advantage of various scientific data mining tools, as well as many machine learning tools I had already been researching over the past few years. Python also makes it easy to plot your data into juicy graphs with just a single line of code, whilst giving you the option to customize your plots similar to what I’m doing with our market statistics tool.

Fast forward several thousand hours of hard work and what we’ve been alpha testing in the past two weeks is a new fully automated trading system that takes advantage of mean reversion divergences in the VXX, the UVXY, the TVIX, and the SVXY. It only trades during NYSE hours and does not hold overnight. As such it is an intra-day mean reversion system focused on IV related exchange traded products (ETPs).

Learning from past experiences my plan is to give plenty of time to forward testing. The system is implemented in python, MultiCharts, as well as NinjaTrader. Porting the python version to Ninja was a mountain of work in itself as I had to find a way to hook into a python based machine learning engine, but I wanted to be able to take advantage of my existing infrastructure, which of course also entails sending trading signals to my crew of rowdy market rats.

The following backtests have been produced in python and were confirmed by MultiCharts, which is another platform my quant buddy favors: 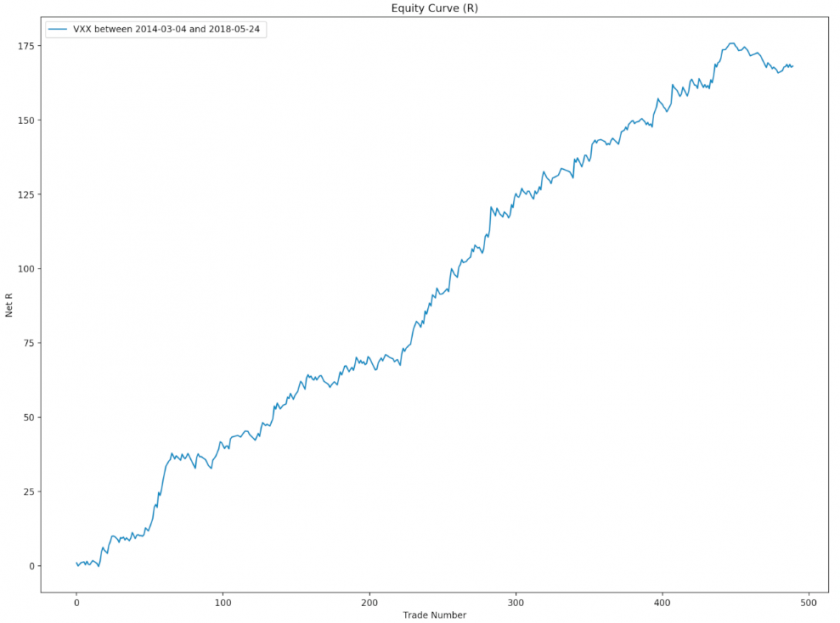 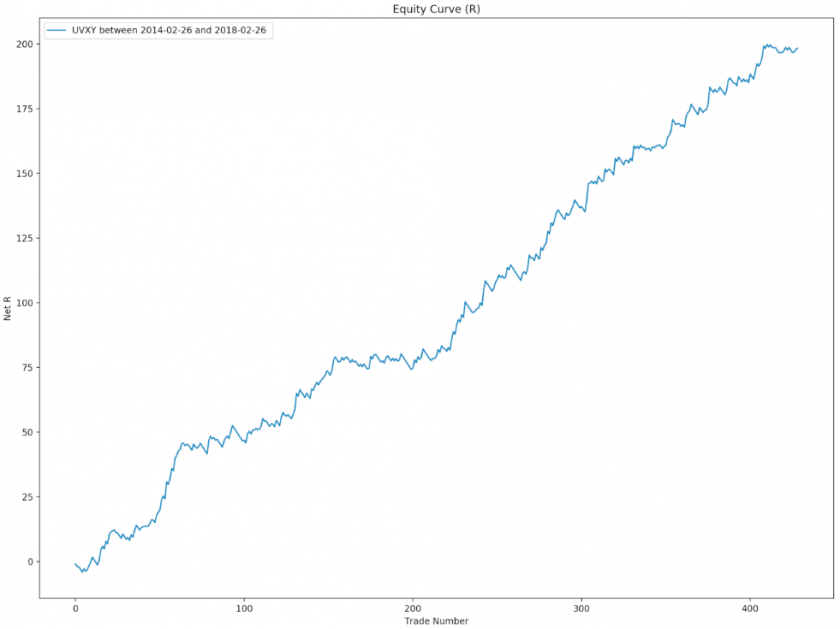 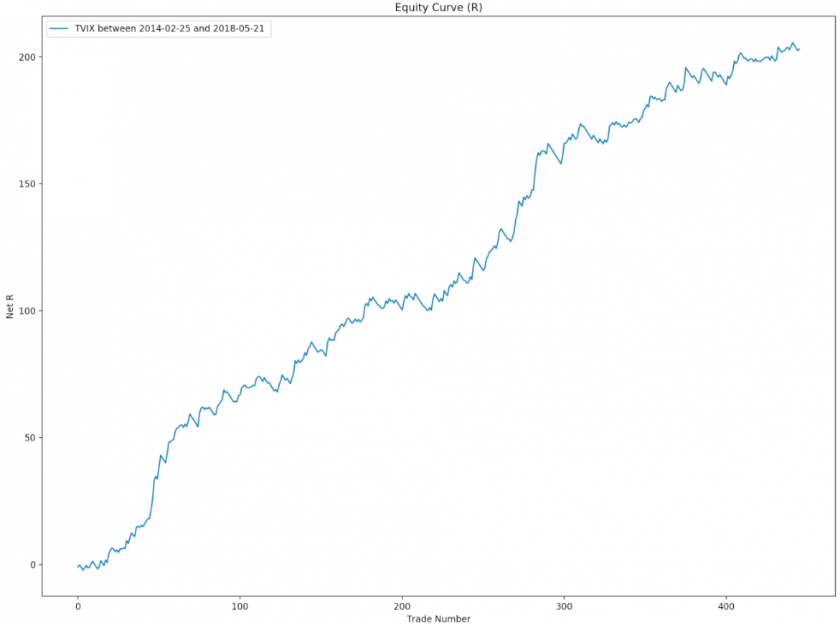 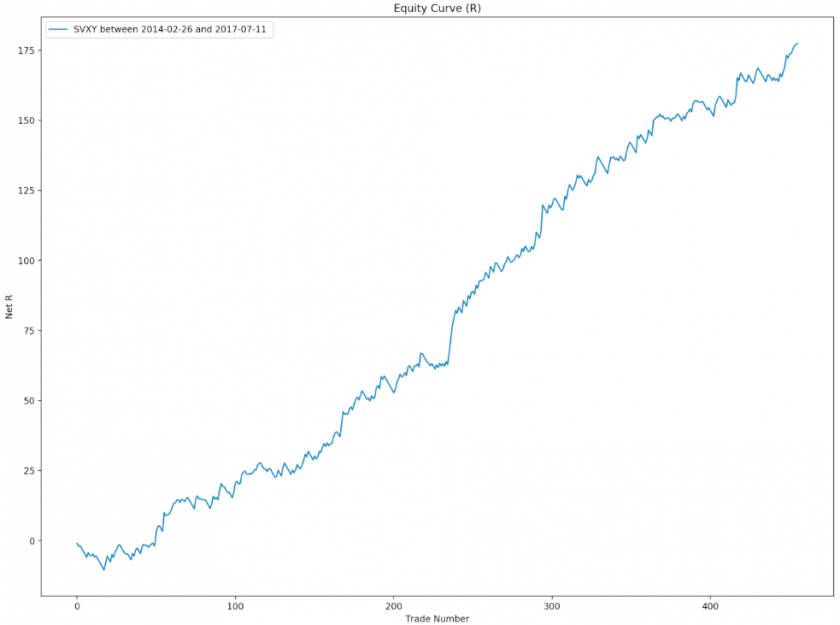 How To Trade VIXEN

The system only goes short the VXX (1x leverage, has options), UVXY (1.5x leverage, has options), and TIVX (1.5x leverage, no options) and only goes long the SVXY (-0.5 leverage, has options). Now depending on the day the first three can sometimes be hard to borrow which means you may not be able to take on a full position size. Alternatively one can buy a simple put option ATM on the VXX or the UVXY (not the TVIX), which for most retail traders would be the preferred route. A synthetic short is another possibility (long put/short call) but you’ll need a larger account for (i.e. $100k plus) and I’m not a big fan of doing that as the potential risk is simply too high.

Capital requirements are minimal for VIXEN but bear in mind that margin requirements for all four ETPs are 50% of your account and higher, a policy that is being enforced mercilessly especially after the mid February train wreck that resulted in the demise of the XIV. In my mind buying ATM puts is the least risky and simplest way to trade VIXEN.

Technically speaking the system sends out email alerts which are not particularly time critical. Many times you will be able to get a similar entry 15 or 30 minutes after the alert has been issued, thus leaving plenty of time to take action. VIXEN closes out shortly before the session ends every day, it does not hold overnight and no overnight margin is required.

When Will VIXEN Be Available?

I am currently alpha testing the signal alerts on my end and will make an announcement when I’m ready to open them up for a beta test period which will most likely span several months. Which should give everyone plenty of time to evaluate VIXEN and become comfortable trading the system.

Channeling my inner Steve Jobs here. You probably have not noticed it but the Zero is hosted by an emergency solution I have put together over the past day – take a peek: 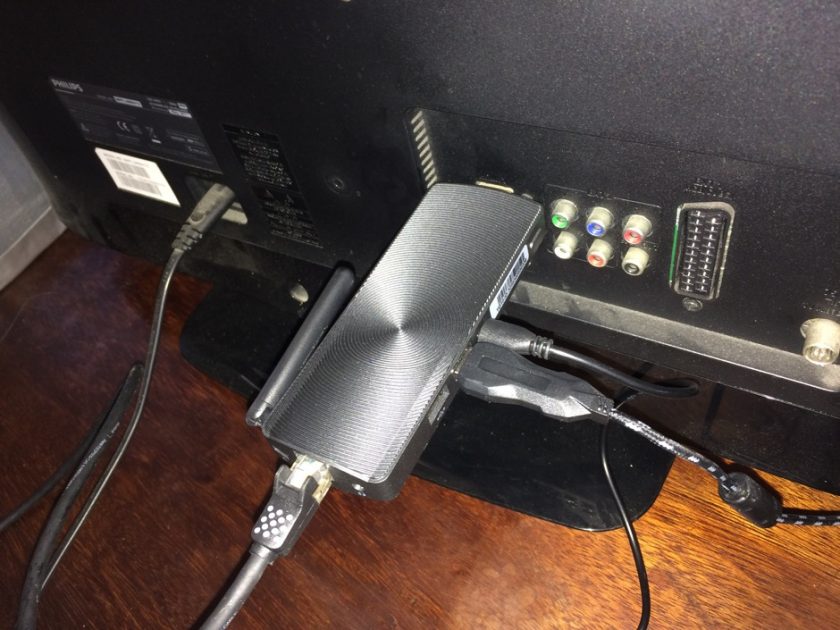 What you’re looking at is an Azulle Access Plus micro computer on a frigging stick, it connects to a regular HDMI port and that’s why it’s dangling behind an old TV which I have barely used over the past few years, so it was about time the damn thing started to pull its weight.

Seems to work just fine but obviously it’s not a long term solution as I would be out of luck if my local Internet connection breaks down. But in addition to building my own custom VPS driven by my own hypervisor this thing will come really handy if there’s a problem at the data center. I don’t even need a TV as I can just remote into it and launch the Zero and its screen scraper this way. Pretty damn cool! 🙂