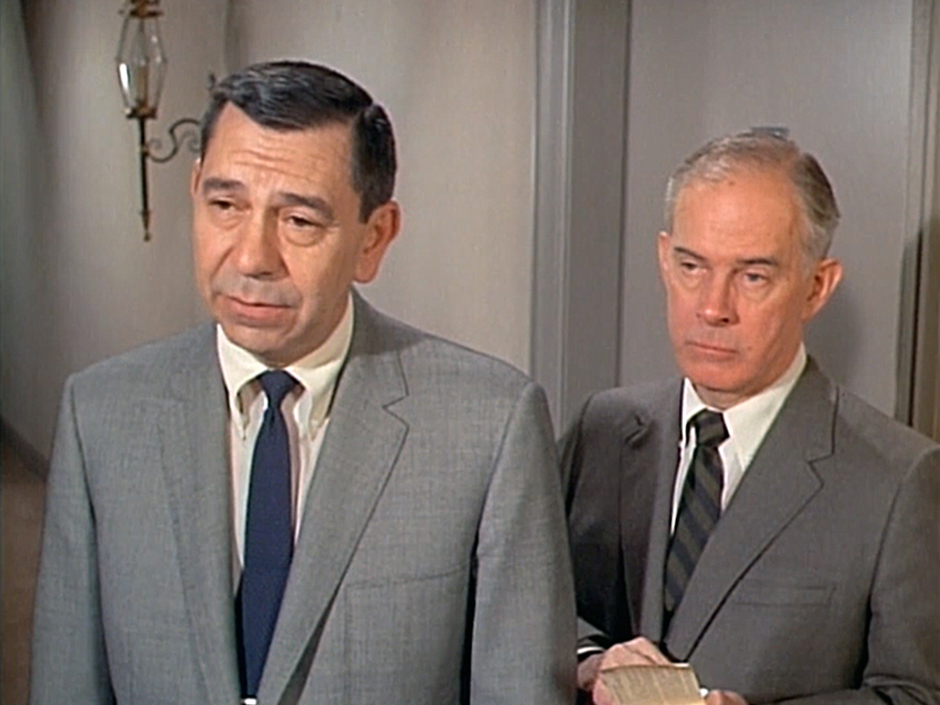 If there’s one thing I hate more than hospitals it’s wasting hours waiting at the hospital for no apparent reason. I’ll spare you the gory details but if you ever have the choice of departing this mortal coil or the Spanish healthcare system choose death without hesitation. Anyway, this post will be brief but direct in that it’s aimed at the collective silliness I keep encountering in the comment section.

For week’s on end I’ve seen equities and in particular tech push higher and higher and then some, all the political/social doom and gloom notwithstanding. Meanwhile retail rats bent on jumping on top of this rally keep opening up trading accounts on a scale that has forced brokers to completely shut down any meaningful support.

I used to get a response within an hour or two from ThinkOrSwim just a year or so ago. Since most retail brokers went zero commissions earlier this year however the waiting time has turned into DAYS. Case in point, I sent out a request on the 19th and have yet to hear back from them – that was five days ago.

OCC trading volume has increased a whopping 60% YTD which is insane! and strongly suggests that retail is heavily involved in either chasing this market higher or shorting every spike in anticipation of a six sigma event. 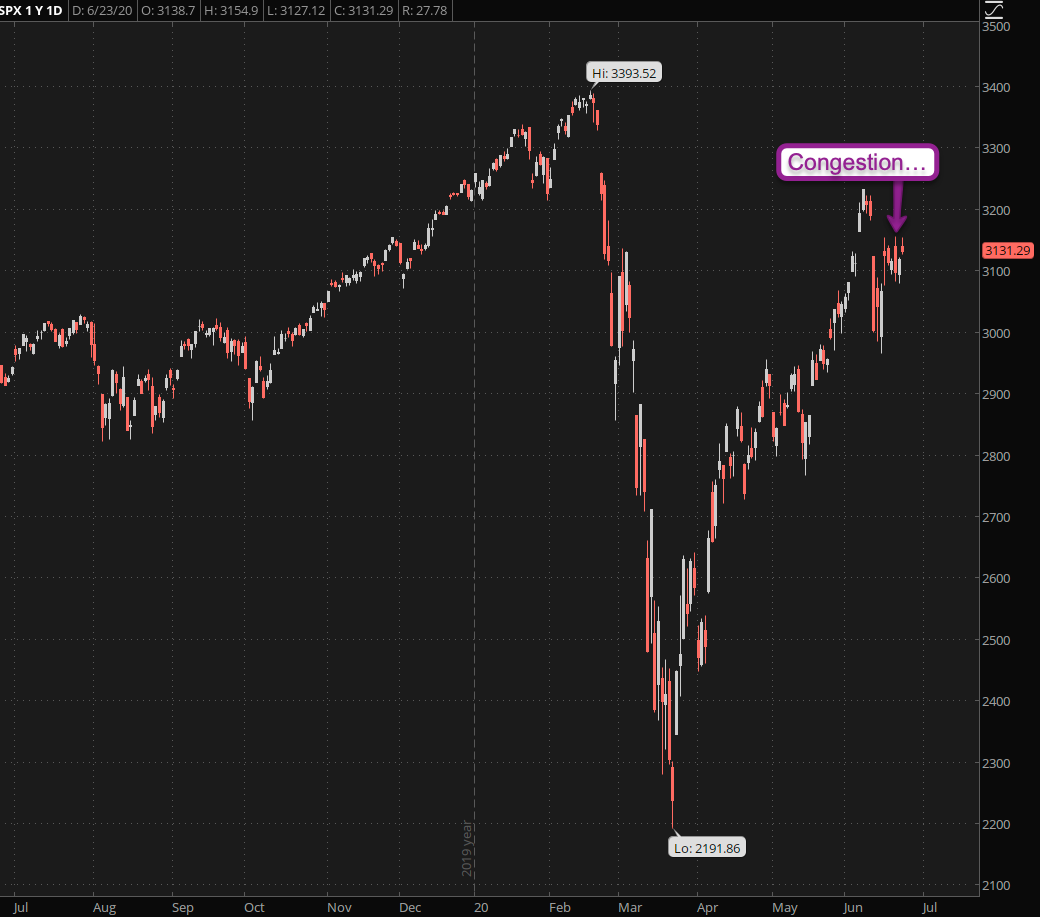 The recent blow out has us parked near the 3100 mark with a clean spike low dipping slightly below 3000. No indicators or voodoo magic necessary here. Easy to see the big line in the sand (hint: it’s at 3000). 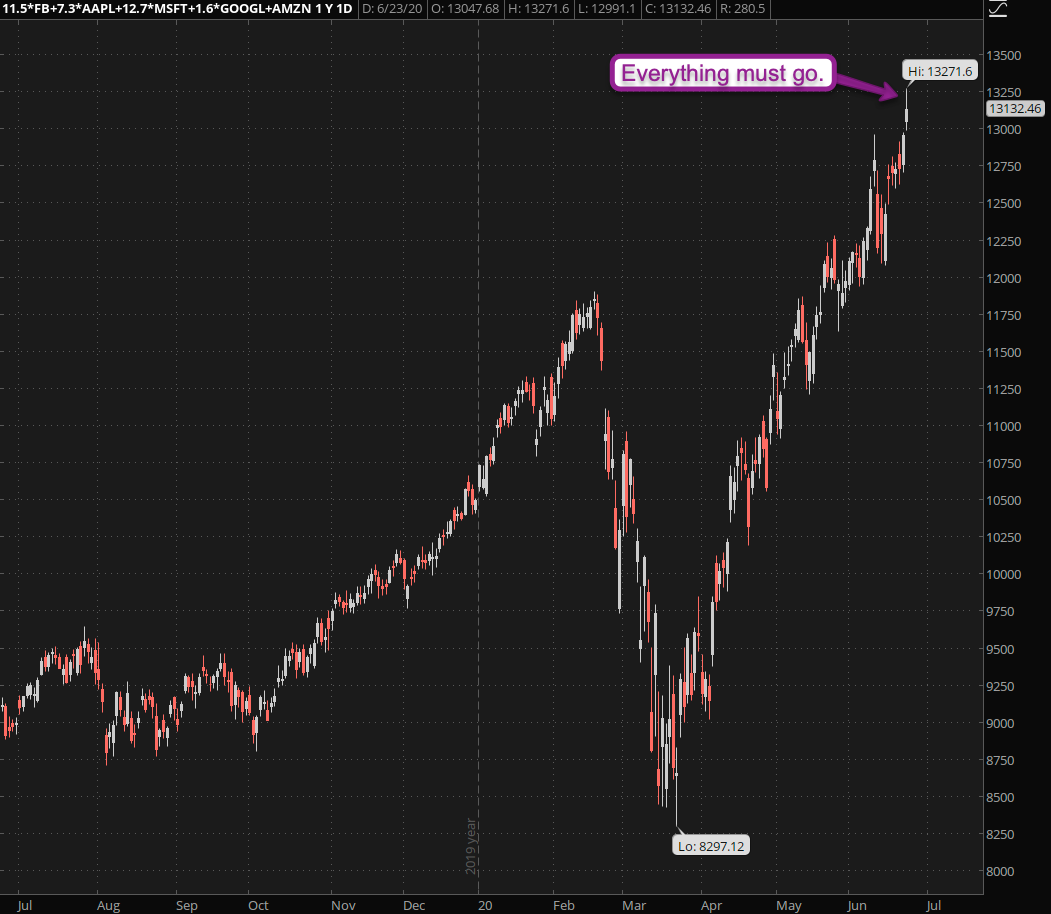 Tony and I were trading break out moves yesterday and every damn tech related or @home activity issue was going exponential. While mom & pop stores, strip malls, and even larger retail is going bankrupt COVID-19 in combination with weeks of riots has been a heaven sent for big tech. 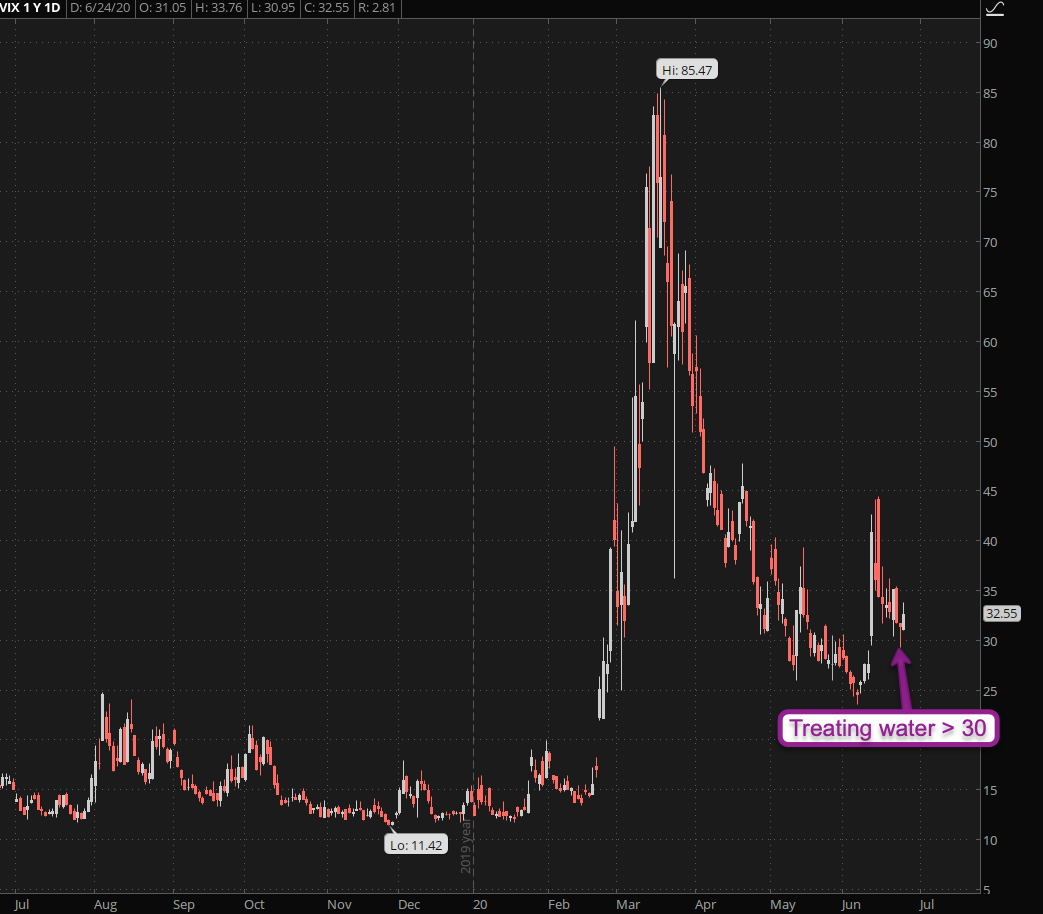 After the recent wipe out the VIX remains a bit skeptical and seems to be treating water just above the 30 mark for now. I don’t see this one descent much more until the November elections are behind us.

If it drops then it’ll most likely find a new base near 25. From an options trading perspective this is awesome as Tony and I get to keep selling vega to clueless retail rats who have never traded options in their entire life but think they can beat guys like us who have been living and breathing this stuff for several decades now.

And that brings me to you guys. I can’t help but notice a distinct sense of frustration with this market, which frankly isn’t anything new to me after nearly 12 years as a financial blogger, but frankly never ceases to surprise me.

Let me put it this way – I often don’t even need to look at the market to know what’s going on, all I need to look at is the comment section. If there is nary any activity the market is pushing higher. If it’s hopping like crazy it’s a bearish day.

Here is a graph of a poll that Scott sent me a few days ago, which obviously is a complete exaggeration. And by that I mean that there is no way that 42% of those guys never blew up their trading accounts. Most likely it’s only around 20% or less.

Trust me – I know, because I did it once and I happen to be in the top percentile of this game. So today’s take away is this: If you don’t stop seeing every single spike higher as an excuse to short this market then you will find yourself in the red section much faster than you may think.

Am I insinuating that we’re in a near bull market and that we would never take out any bearish positions? Of course not, but that’s not what most retail is doing. Instead I keep seeing them bulk up on far OTM put options that at best have a 5% probability of ever closing one penny or more in the plus, and we’re not even talking big profits here. 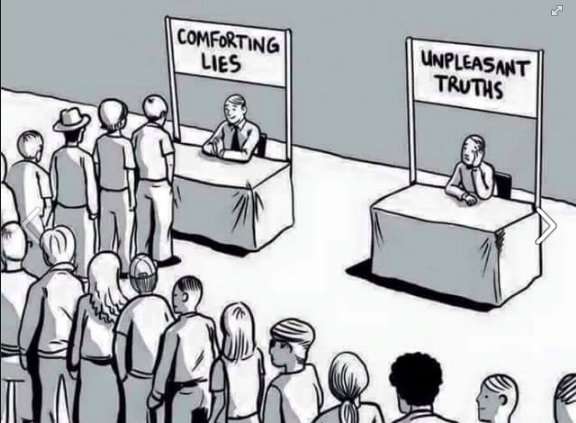 So, why not try this for a change? Trade the tape you see in front of you, instead of the one you would like to trade.

I’ve been preaching this gospel for well over a decade now but as with all unpleasant truths there are very few takers. Which is just fine and dandy for guys like Tony and I. The market is a zero sum game after all and someone’s got to pay the piper.