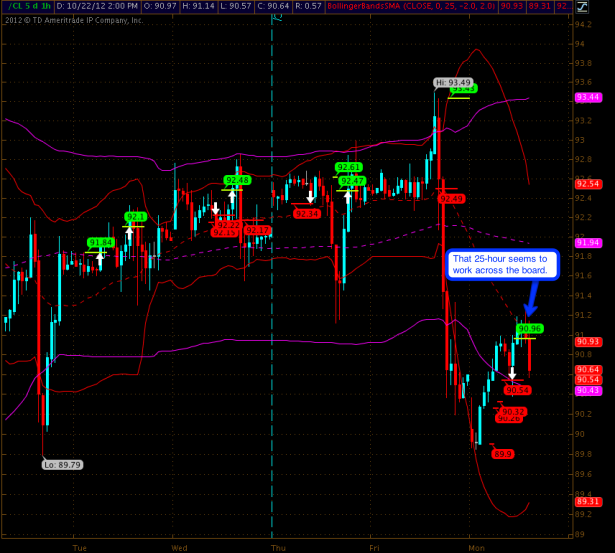 Hope you had a relaxing weekend but now it’s back to work! This week should be extremely interesting, so let’s pay attention, shall we? The common theme I’m seeing once again is the 25-hour SMA serving as resistance across various verticals. Here is crude making a haphazard attempt of a breach and being denied entry. I wish I was around an hour earlier as this would have been a great entry. In any case – keep an eye on the SMA as it’s a great way to get positioned. 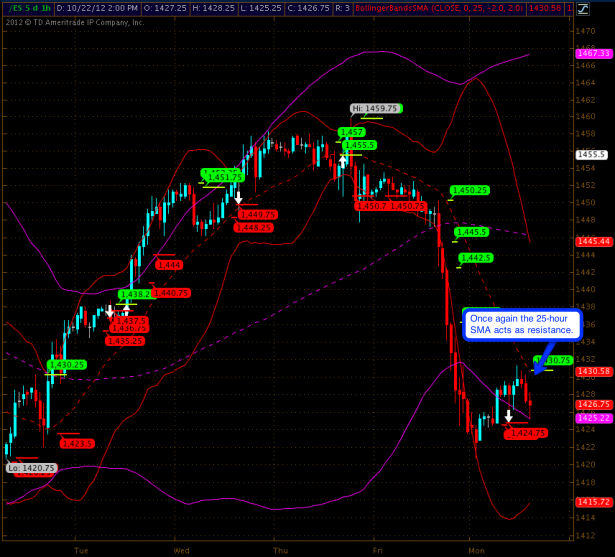 Same idea on the spoos. The Friday sell off was horrendous and those meek candles aren’t convincing anyone to start buying here. Again watch the 25-hour SMA – it remains to be the decider. 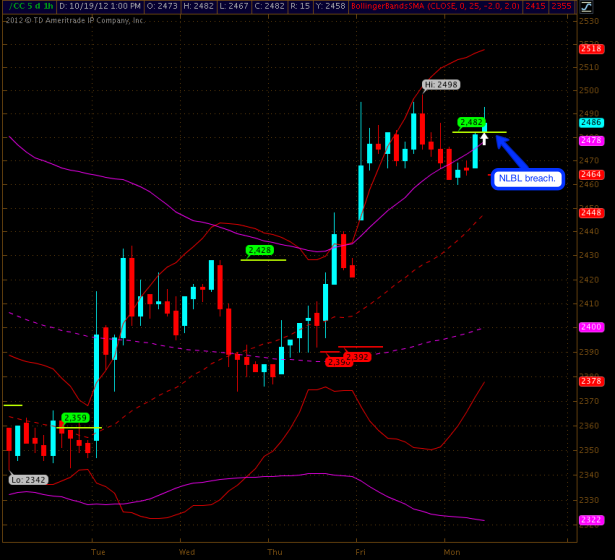 NLBL breach on cocoa – I know a bit of an exotic contract. I would only play the futures here as I don’t know anything optional that could get you in/out without losing too much on the b/a spread. There’s CHOC but the volume is ridiculous. If any of you soft commodity aficionados have suggestions I’m all ear.

More goodies below for my intrepid subs:
[amprotect=nonmember] More charts and non-biased commentary below for anyone donning a secret decoder ring. If you are interested in becoming a Gold member then don’t waste time and sign up here. And if you are a Zero or Geronimo subscriber it includes access to all Gold posts, so you actually get double the bang for your buck.
[/amprotect] [amprotect=1,13,9,12,5] 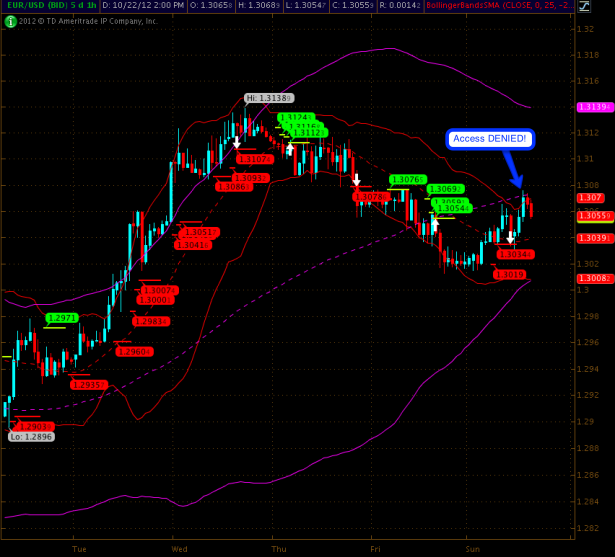 EUR/USD – access denied at the 100-hour SMA. It’s rising though so I would only keep going short there for little scalps. Hope that makes sense – if not ask in the comment section and a friendly senior steel rat will explain it to you. 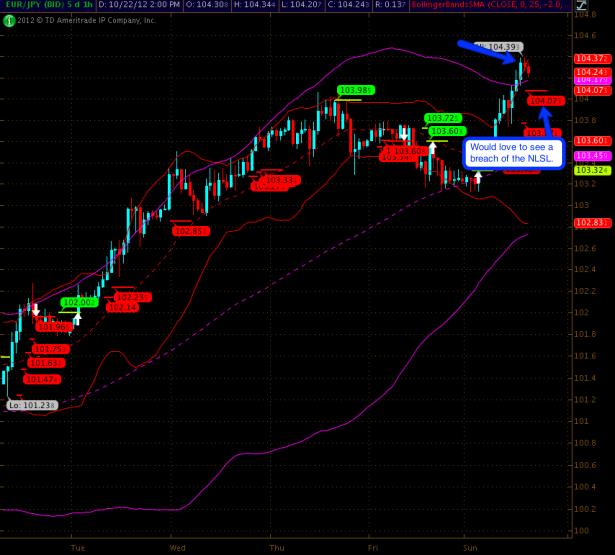 EUR/JPY – I would love to see a breach of that hourly NLSL. We look a bit overshot here on the BBs – doesn’t mean it’ll drop but if it does then 104.07 is your uncle. 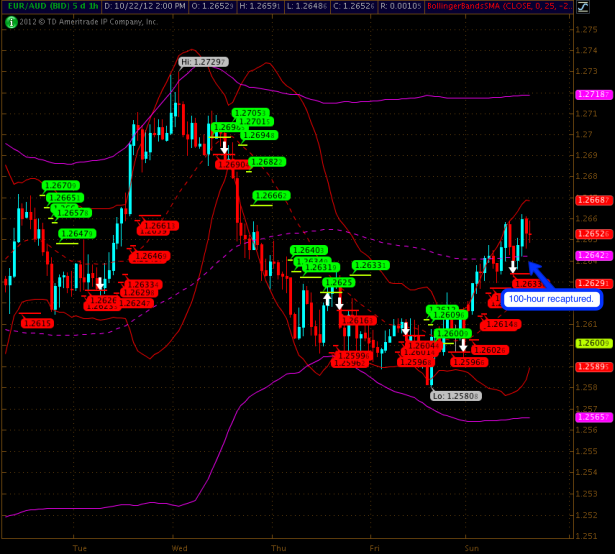 EUR/AUD recaptured the 100-hour which makes it a great base camp for long positions. Admittedly it’s a bit late right now but keep an eye on this in case we get a retest. 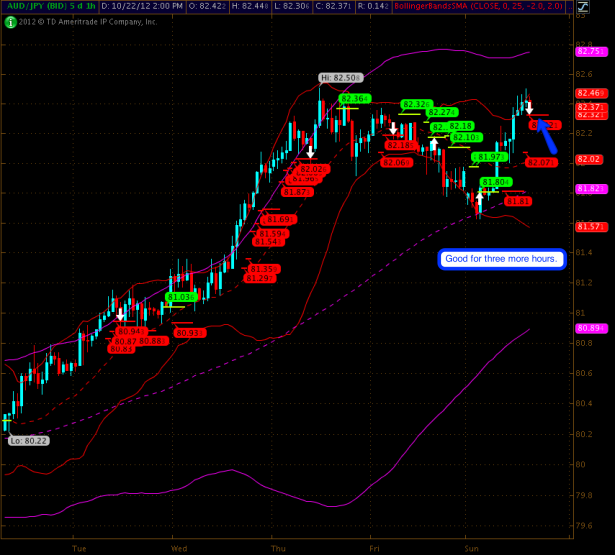 AUD/JPY – right at the hourly NLSL. Here I’m actually waiting for a bounce which would be the easier trade. 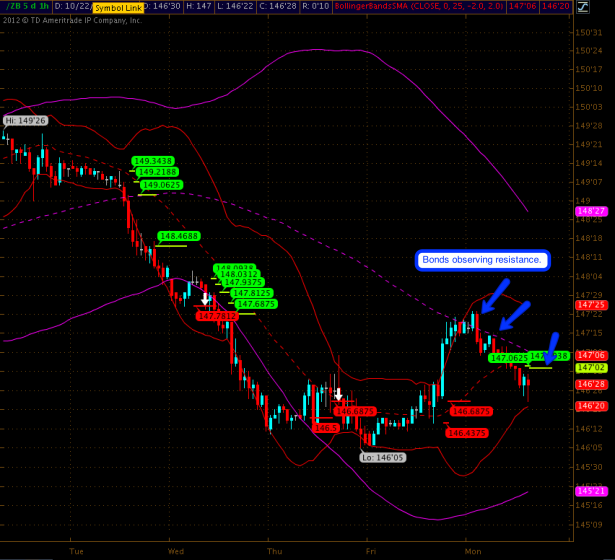 Bonds riding down the 100-hour SMA – the ZB is actually stronger than the ZN which is really starting to droop off here. The ZB got a NLBL looming above for the coming hours, which should be good for additional resistance. 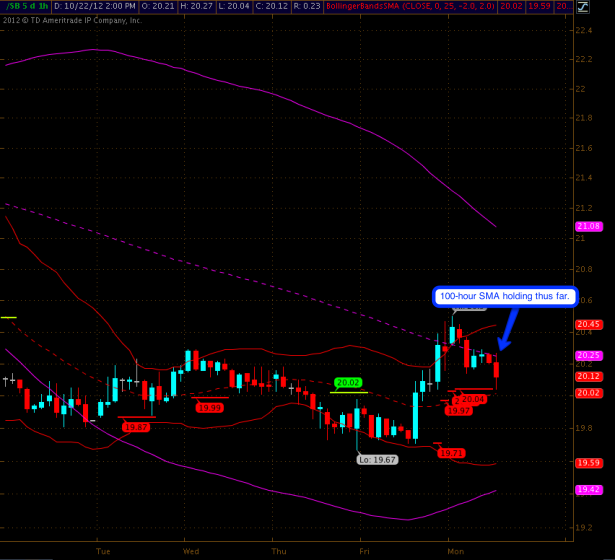 Sugar has been unable to make it past the 100-hour – good spot to be short with a trailing stop that follows the SMA. All you have to do is to use some basic trigonometry to calculate the trajectory of the SMA and thus factor in the hourly drop in ticks – very simple. Yes, I’m kidding – just add a 0.5 trailing stop and be done with it 😉 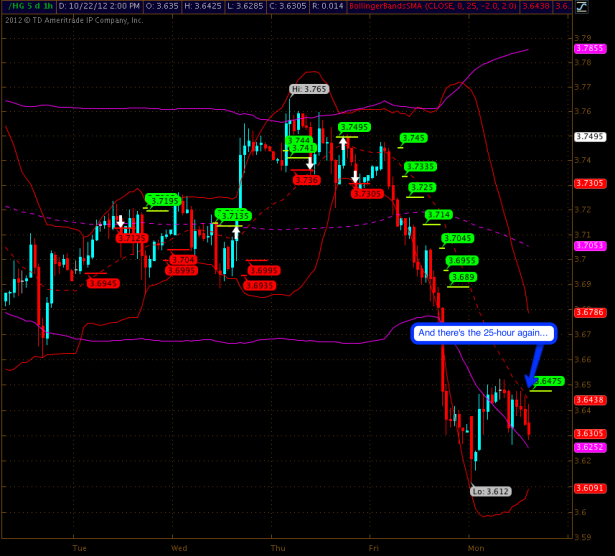 I promised you more x-rated 25-hour on candle action and copper delivers in spates. It’s like it’s running into a wall. As long as that doesn’t change it’s a good short. Also mind the gratuitous NLBL – good for four more hours (as I’m writing this smart alec!). 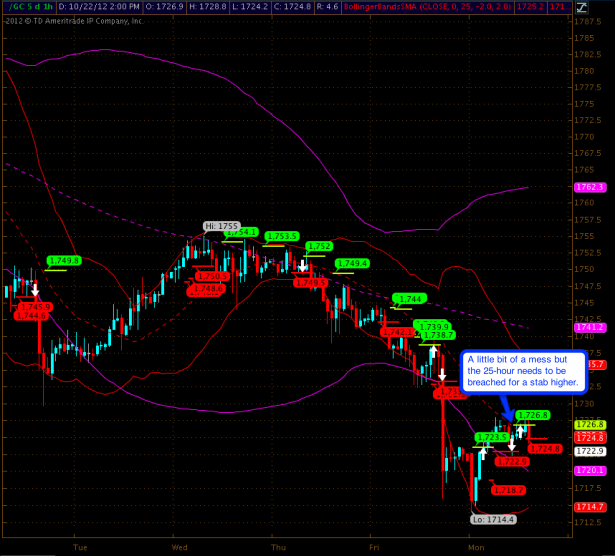 Having fun yet? Here’s gold with another 25-hour entanglement – albeit a bit more convoluted. Let’s see what gold is going to do over the next few hours. A breach or failure here could lead to some easy profits, so watch that SMA and be ready to be flip positions if necessary.

You have been briefed, now off you go and don’t forget your lunch box again.