I posted a long term E-Mini chart in the comment section this morning after I realized that we had tested a monthly Net-Line Sell Level during today’s lows (on ESH5). That’s a pretty serious inflection point and as there’s very little other context it’s where I believe it’s worthwhile considering a few long positions: 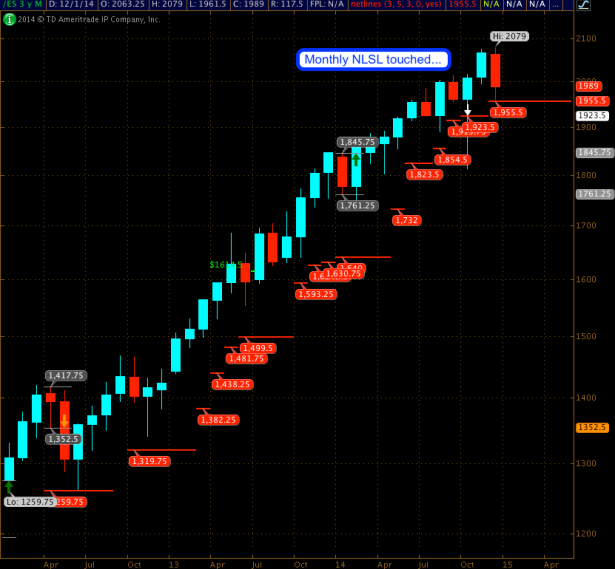 As you can see we breached a monthly NLSl only once in October, followed by what clearly was the reversal of the year. But as you can see there is an increasing amount of interaction with support and whether it’s this time or in a few months from now – we will see a big sell off sometime in 2015. The past two years have been nothing but manna from heaven for the bulls but we are slowly running out of buyers up here. HOWEVER, that said – all that stuff is happening at a glacier pace and LT tops take a lot more time then you think. 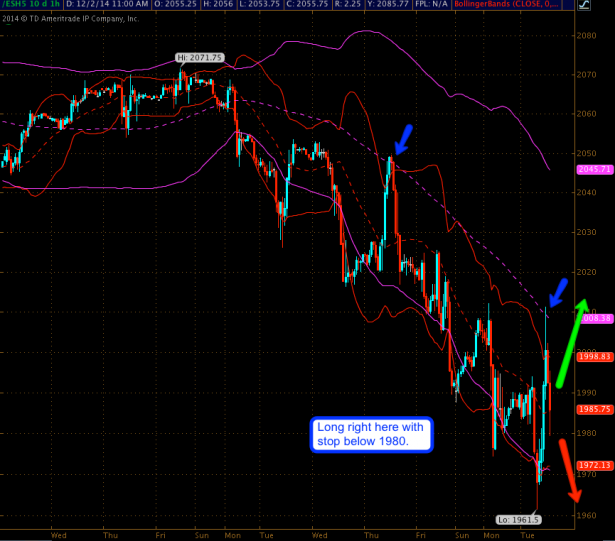 Look at the hourly – I know – quite a jump from the monthly but it’s the best context right now: Apparently a second test of the 100-hour SMA has failed quite miserably and things are now again hanging in the balance. Nobody really wants to be long or short here. However given the monthly context and the fact that we are again trading below ES 1990 means I’m going to start accumulating a small amount of long positions down here with a stop below today’s lows. 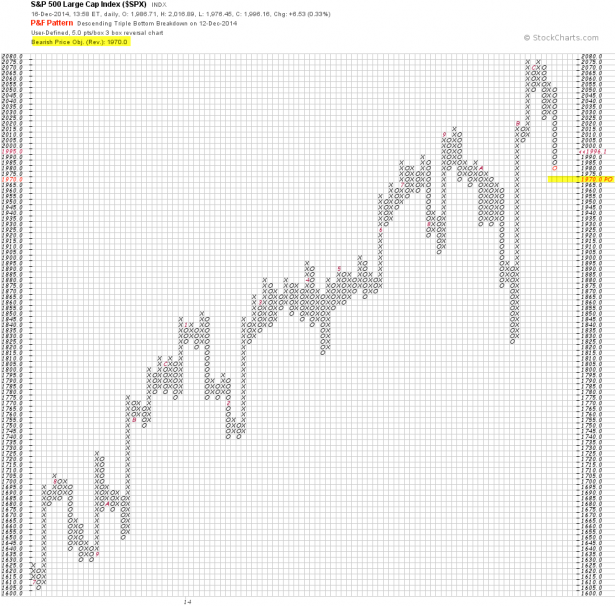 Let me however be clear that this is an experimental position. The P&F on the SPX is pointing at 1970 and we only have dropped to SPX 1976.

By the way, if ESH5 1955 gives again then we are most likely visiting ES 1900 or below, P&F target be damned. The bulls are well advised to hold this monthly support level. Alright, I’m going to look for more entries – give me about 30 minutes.