By gyrating sideways the odds for a bullish reversal in equities increased today. 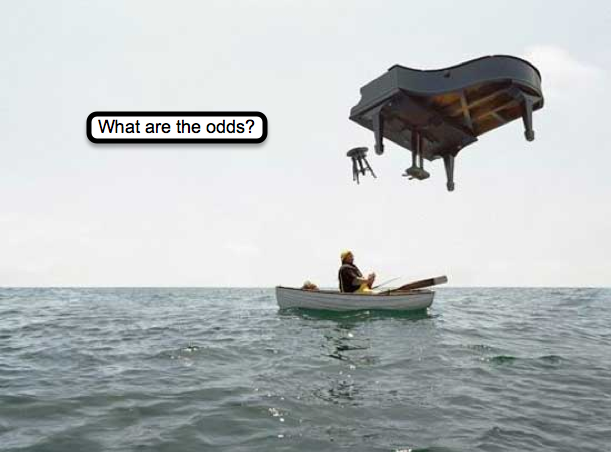 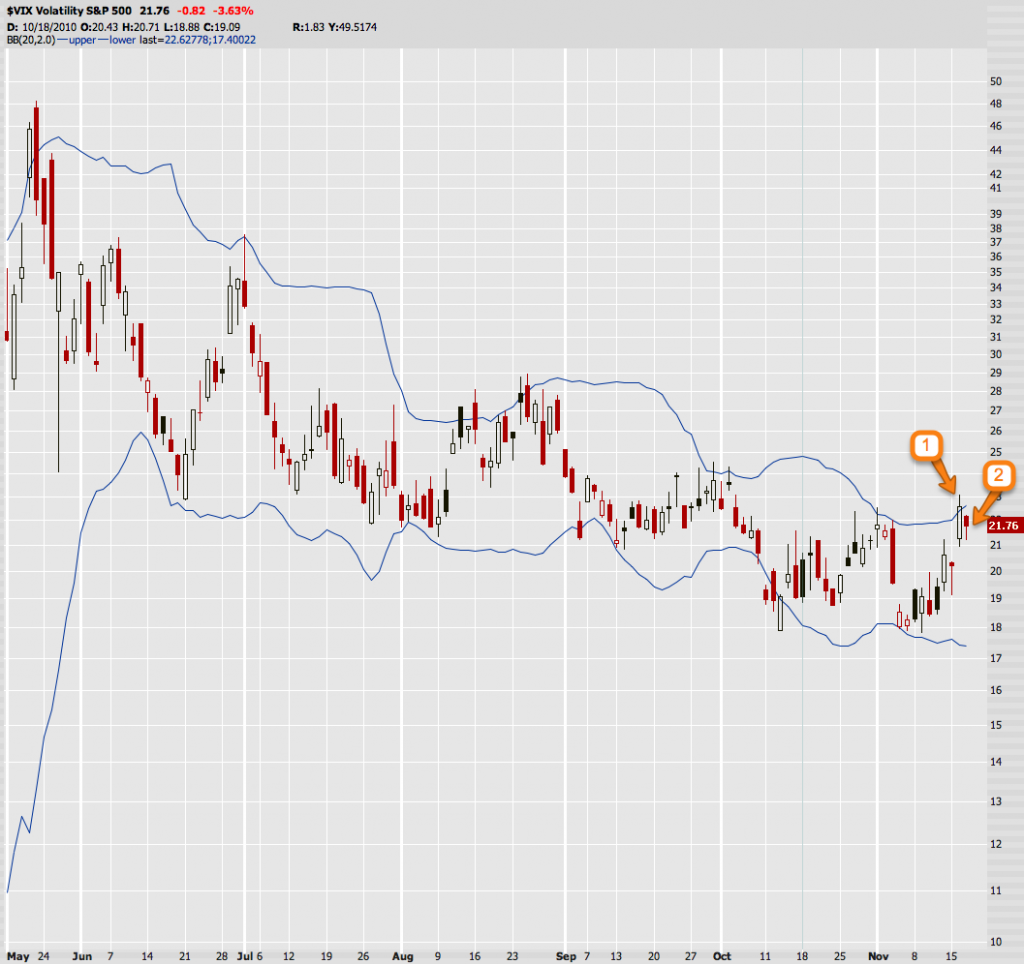 That’s right – by closing below and inside its 2.0 Bollinger band the VIX satisfied phase two of an equities buy signal. If the SPX either moves sideways or pushes higher tomorrow we most likely will paint a lower close on the VIX – which would be final confirmation. A close above today’s would invalidate the buy signal and give the shorts another shot for glory. 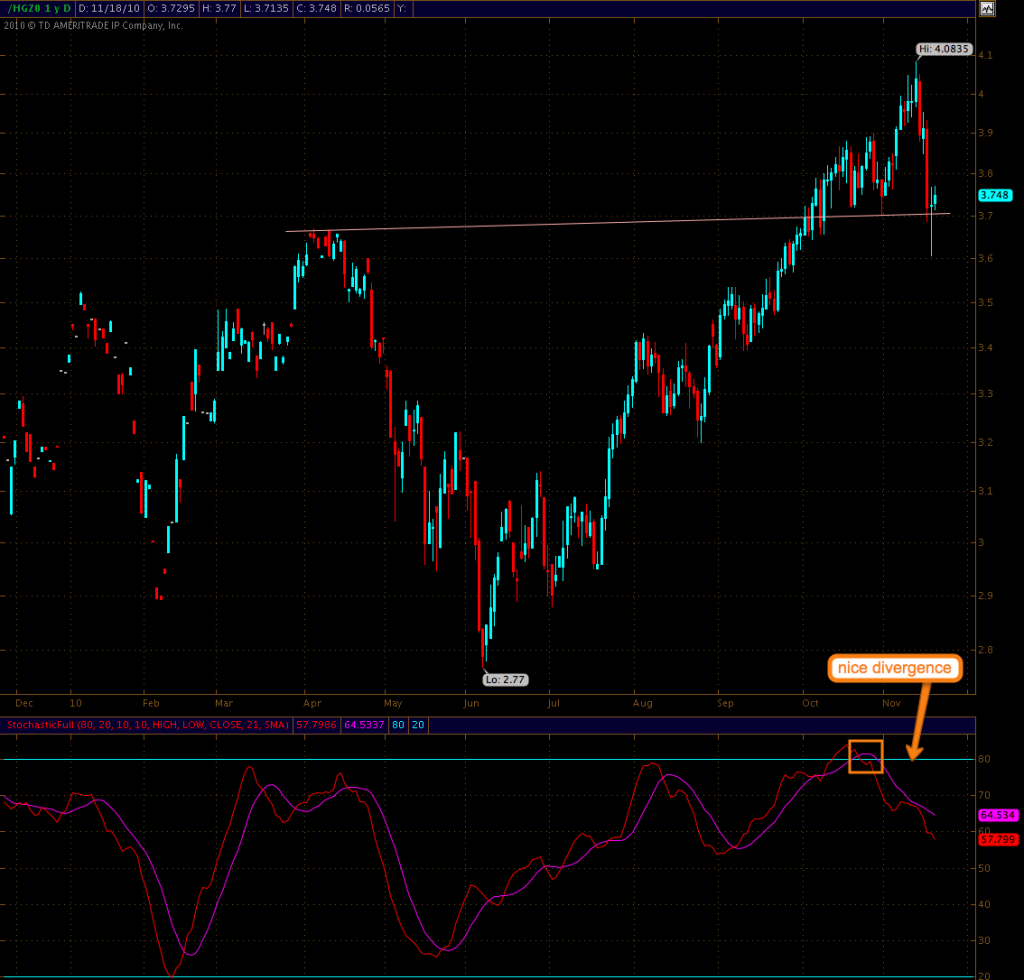 A reader pointed out copper today as it gapped down nicely, steam rolling some of the pigs who got greedy and chased the highs. This happens all the time in commodities – sometimes it’s because of a rule change (e.g. an increase in margin amidst record speculation) – and sometimes it’s a natural reversal after an extended fifth wave. Whatever it was this time – it turned out to be painful for the longs who got trapped after a gap down.

There may be hope however – yes, we do have a downward sloping stochastic but we touched a support line which was observed after a fake breach. Holding this line will be key otherwise we may see copper at the 3.5 mark. 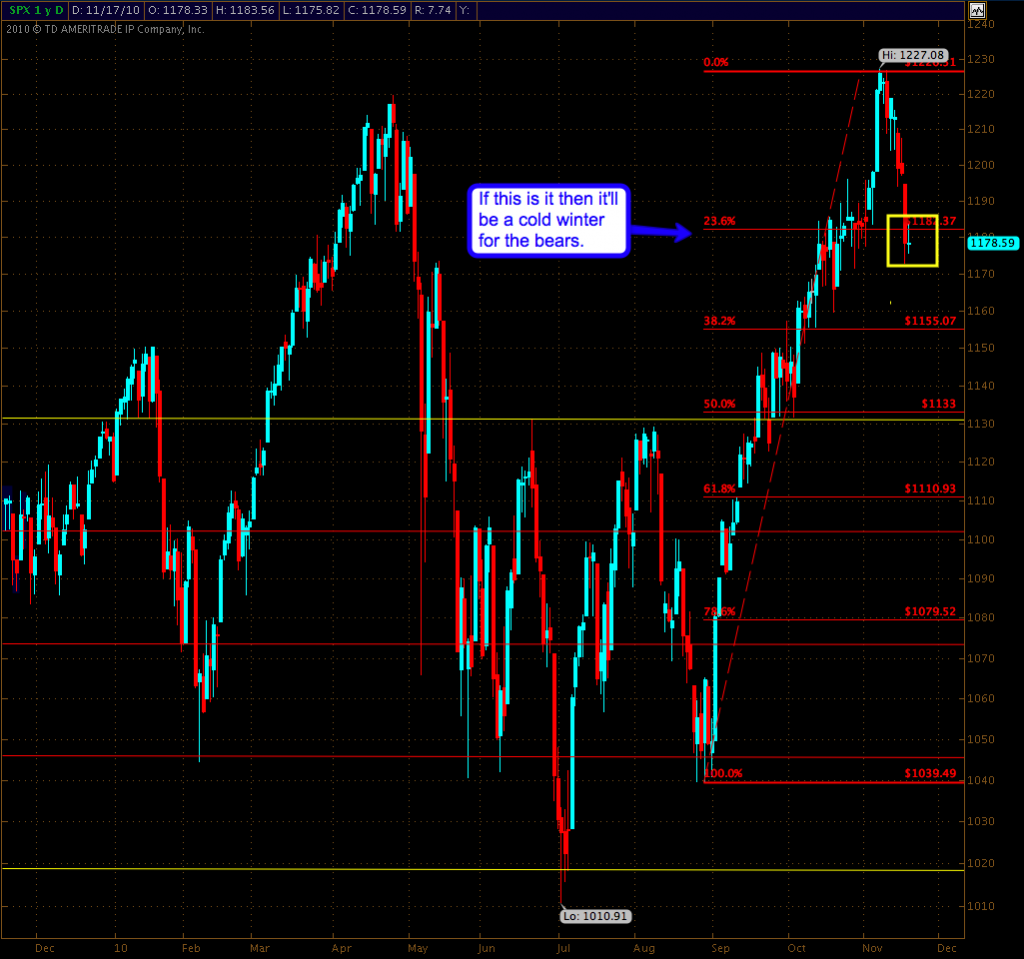 After a continuous two month ramp, scoring nearly 200 handles on the SPX it seems that the current reversal ran into a wall today resulting in a doji. All day we chugged sideways near the 23.6% fib line – that’s fine and I even grant it a weak up day tomorrow. But ideally it should be accompanied by a higher VIX close which would be a telltale sign that more downside is to be expected. Yeah – I know – what are the odds? See teaser image above. If we see strong buying interest with a snap down on the VIX chances are we’re done here and equities will dispense with bearish formalities and directly proceed toward the seasonal Santa Rally.

The remainder of this week will be key in determining whether or not the bears are granted more than an obligatory correction from highly overbought conditions. I consider today’s failure to push equities lower as a sign of weakness on the parts of the bears. Unless they are able to drive things further down either tomorrow or Friday at the latest expect the dip buyers to give the shorts a run for their money.