Riding This Beast Into The Sunset

Forget about equities – everyone and their mother is trying to sort out this gyrating stop sweeping mess. And yes, they are about to get interesting (see below), but I expect our chart of the month to be gold and not the spoos or the NQ. 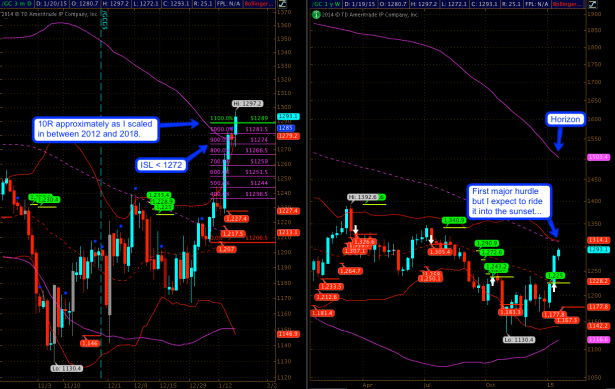 Fortunately some of us rats managed to secure a seat on the bus just before it took off. I have to run the numbers as I scaled into a bit over an R between 2012 and 2018. Which gets me to roughly 10R at this point and I’m just getting warmed up. The weekly shows us approaching the 100-week SMA – our first major hurdle. However I’m going to keep my stop below 1272 for now in expectation of an obligatory shake out attempt. 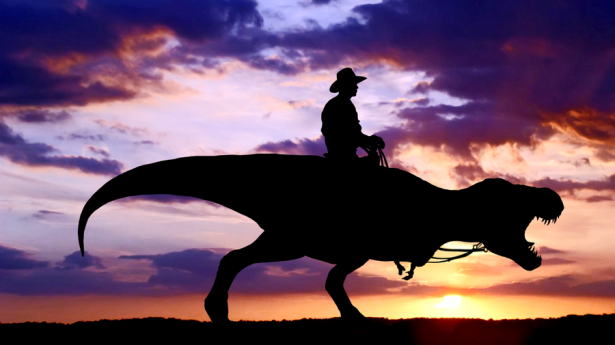 The long term implications of this campaign are very promising and with a bit of finesse it’s possible that we’ll ride this sucker into the sunset. Which means somewhere around 1500 – you heard it here first. 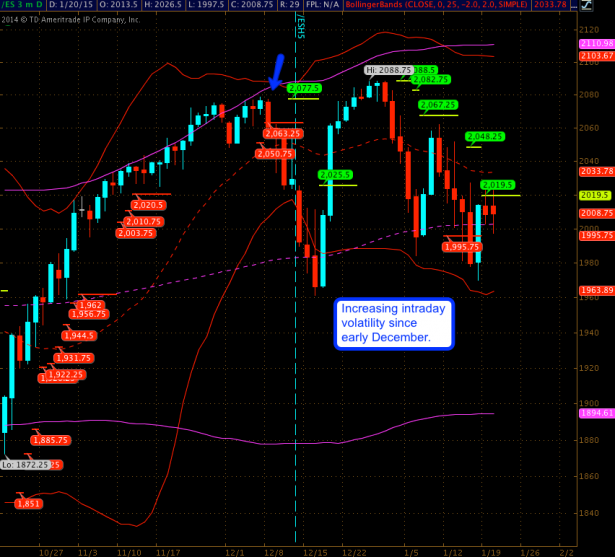 Okay on to equities – which as I said are about to get extremely interesting. We currently are what I believe are the late stages of a limbo period (see my 2012 excerpt on market weather). However we are most likely facing long term implications here – this is not just another leg lower or higher. I repeatedly have pointed out the increase in intra-day volatility expressed here by long wicks and overlapping candles. Very very tough tape to get a read and even tougher to get a good entry. Which is exactly why most traders miss the early stages of a downside correction. 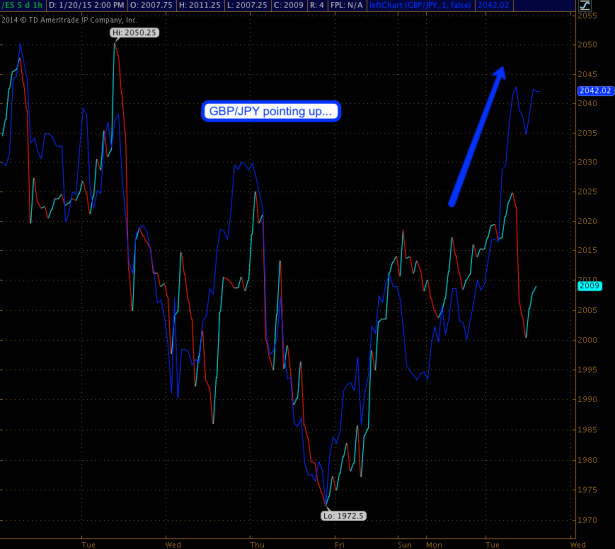 But let’s not count our chicken before they are hatched. Most likely it’s going to get worse before it gets better. The GBP/JPY correlation is pointing upward right now and I think short term it’s quite possible we’re going to stop out the current NQ short campaign (courtesy of Thor). 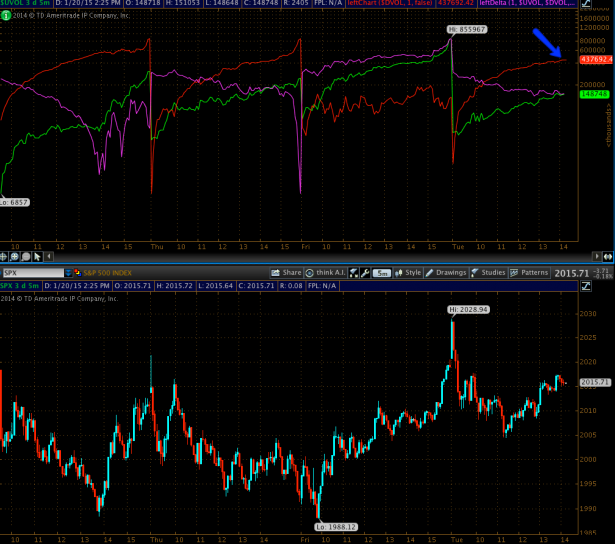 However there is conflicting evidence and in order to interpret the big picture we need to put it all into context. Now our UVOL/DVOL ratio today remains pretty negative despite the current push higher – could be indicative of slow accumulation especially as the Zero is donning a very flat signal (meaning little participation and quite a lot of monkey business).

A LOT more below the fold – not a post to miss – please meet me in the lair: 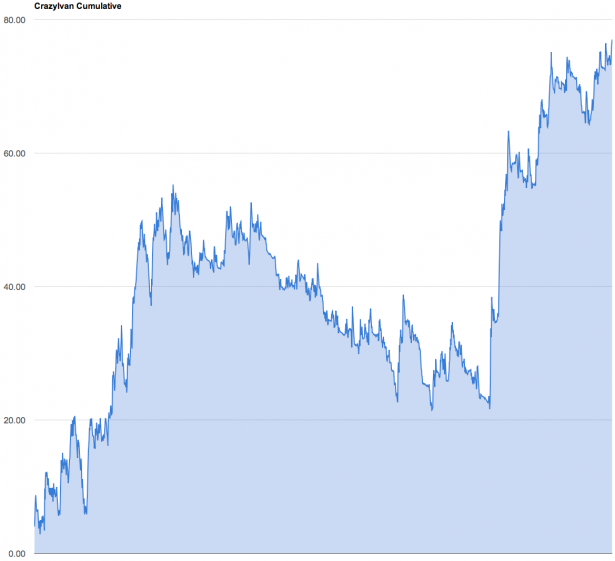 CrazyIvan now at 77R – new all time highs since 1/1/2014. Who would have thunk? And it started to really get cracking when volatility was on the increase starting November/December. Seems like CrazyIvan is loving the IV and I hope to see more of this. Message to everyone who left during the summer: Watch the Nick Rage video again. This is a long term game, folks and instead of going with the program I watch you picking up pennies in front of bulldozers. Enough said.