1:36pm EDT: I’m slowly starting to catch up with my reading and my charts – trying to get back into the groove. Meanwhile equities seem to be in the process of picking a direction at this point: 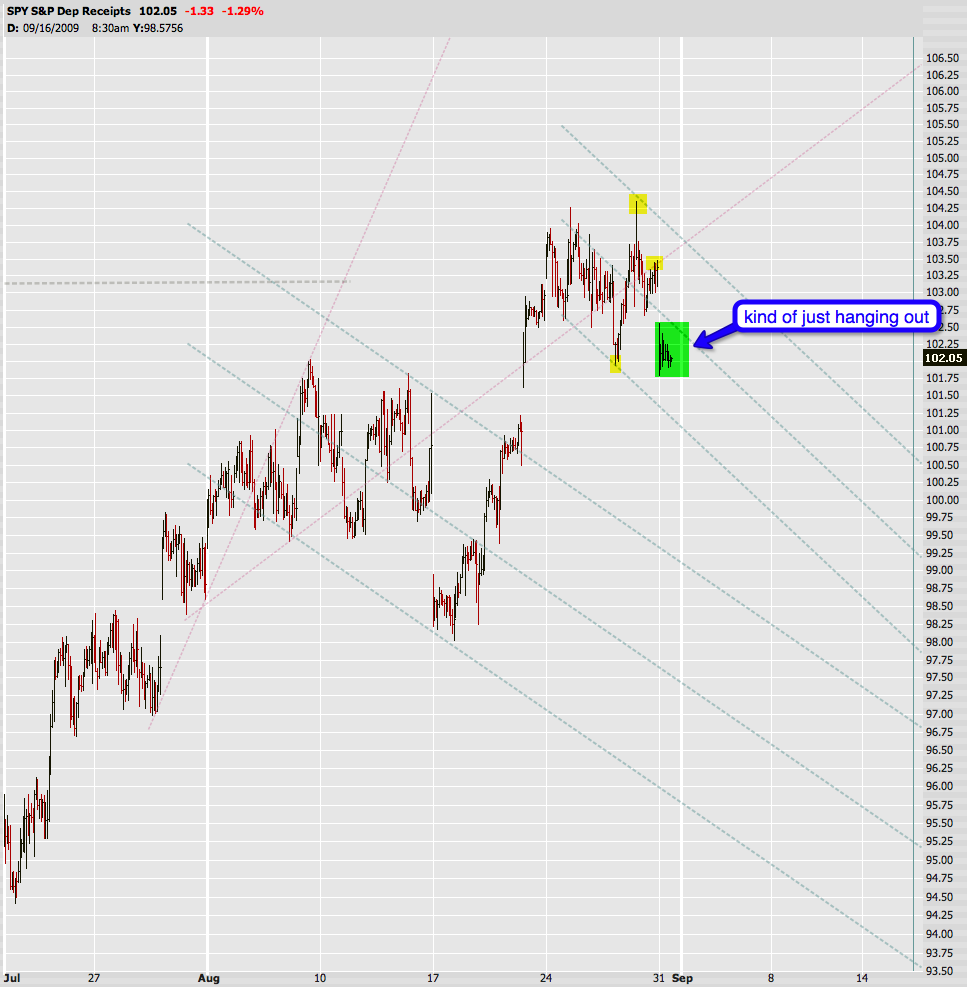 We are basically in the middle of nowhere right now. The channel I drew is more or less hypothetical – not a lot of touch points. Participation on the Zero Lite is basically non-existent. This is the kind of tape that is either getting ready for a sell off – or the boys are slowly building positions for yet another rally up. Really tough to say right now and we are not anywhere close to picking a direction. Which is fine – as I keep drilling into your tiny rodent brains – the short term gyrations do not matter at this point and there will be plenty of head fakes before we fall off the cliff. Whatever the bulltarts throw your way – use it. 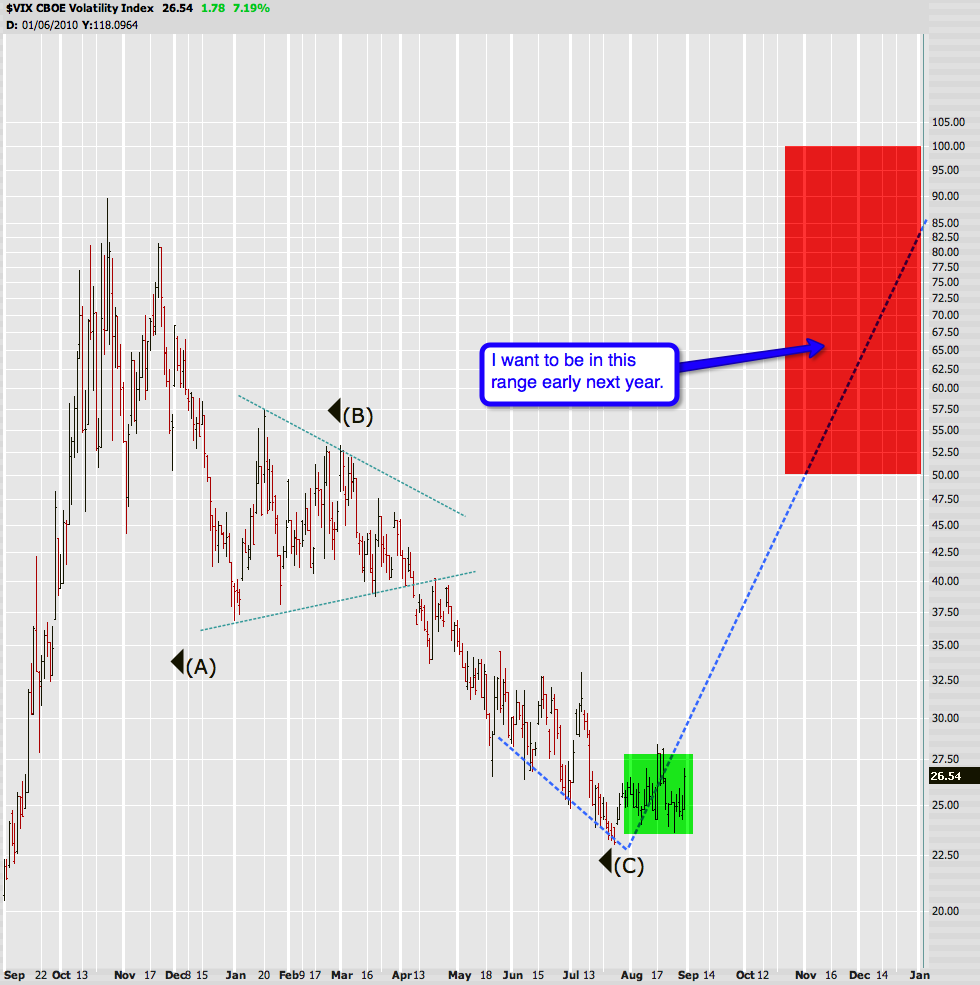 My game plan at this point remains the same – I am using every spike up as another ‘sell the rip’ opportunity. Volatility is low right now – Mr. VIX is hovering around the 26 mark and thus bestowing us with low option premiums. You will not see low volatility like that again for at least a year – perhaps even two – mark my words.

In my mind the risk here is not lower but higher volatility and remember that the premium on your puts (and calls) can increase significantly without the underlying moving even one single tick when vega starts popping higher. 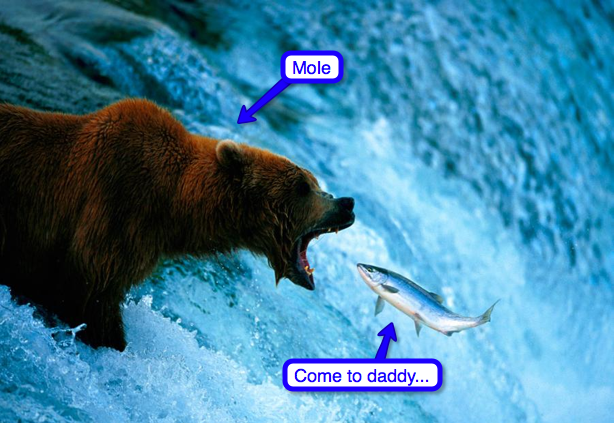 In short – this is shopping season for the bears.

2:04pm EDT: Seems like equities are not the only ones locked in a trading range: 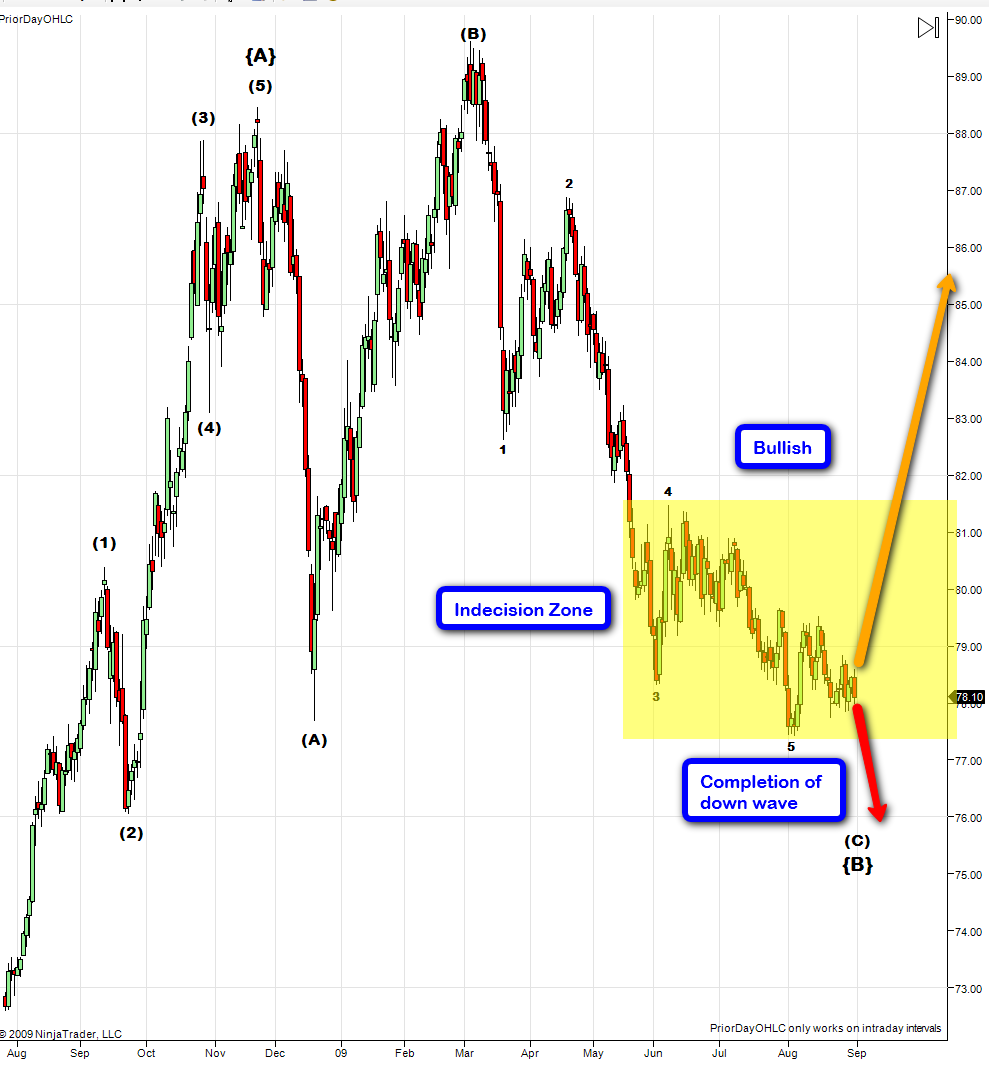 Annamall keeps reporting on the ole’ buck and she’s right that the Dollar ‘should’ move inverse to equities and that a rally here would favor the bears. However, as I pointed out on several occasions – do not take correlations for granted – they do have a tendency to detach or at least suspend for periods of time.

Right now the action in currencies are comparatively muted – I really need to see the buck break out here in a pretty short order (i.e. in the next few days) otherwise we could see one last slide to the downside, similarly to what we got beginning of July.

3:08pm EDT: As you know I have been following the NYSE New Highs New Lows chart intently: 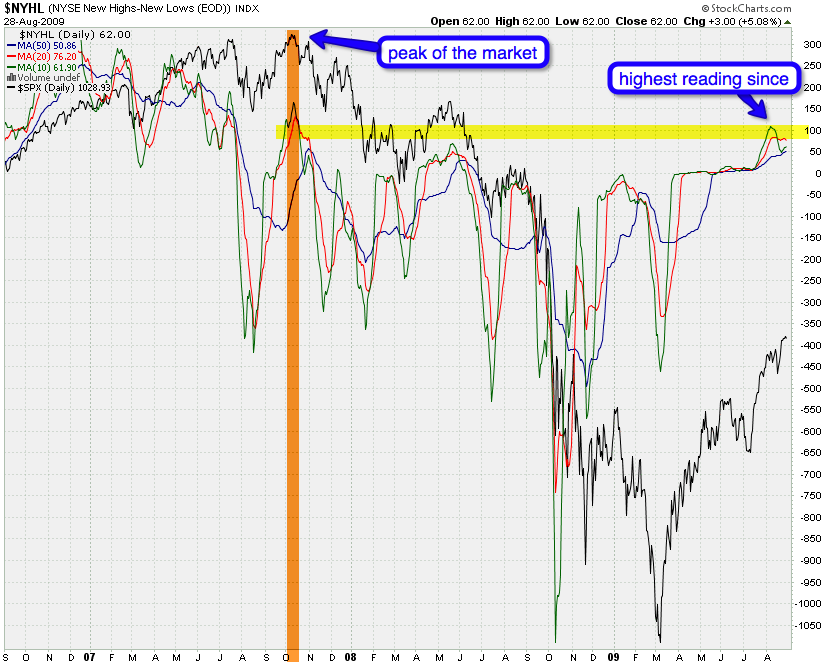 I wanted to figure out when we registered such high readings the very last time. And – yes, you guessed it – the last time we did was at the very height of the market in early October 2007. So, you need to ask yourself – after a six month 58% rally in equities – what are the odds we are going to exceed October 2007 readings on this chart (for an extended amount of time)?

3:13pm EDT: Tyler over at ZH just commented on the stilfed break out attempt at the beginning of the hour – check it out. 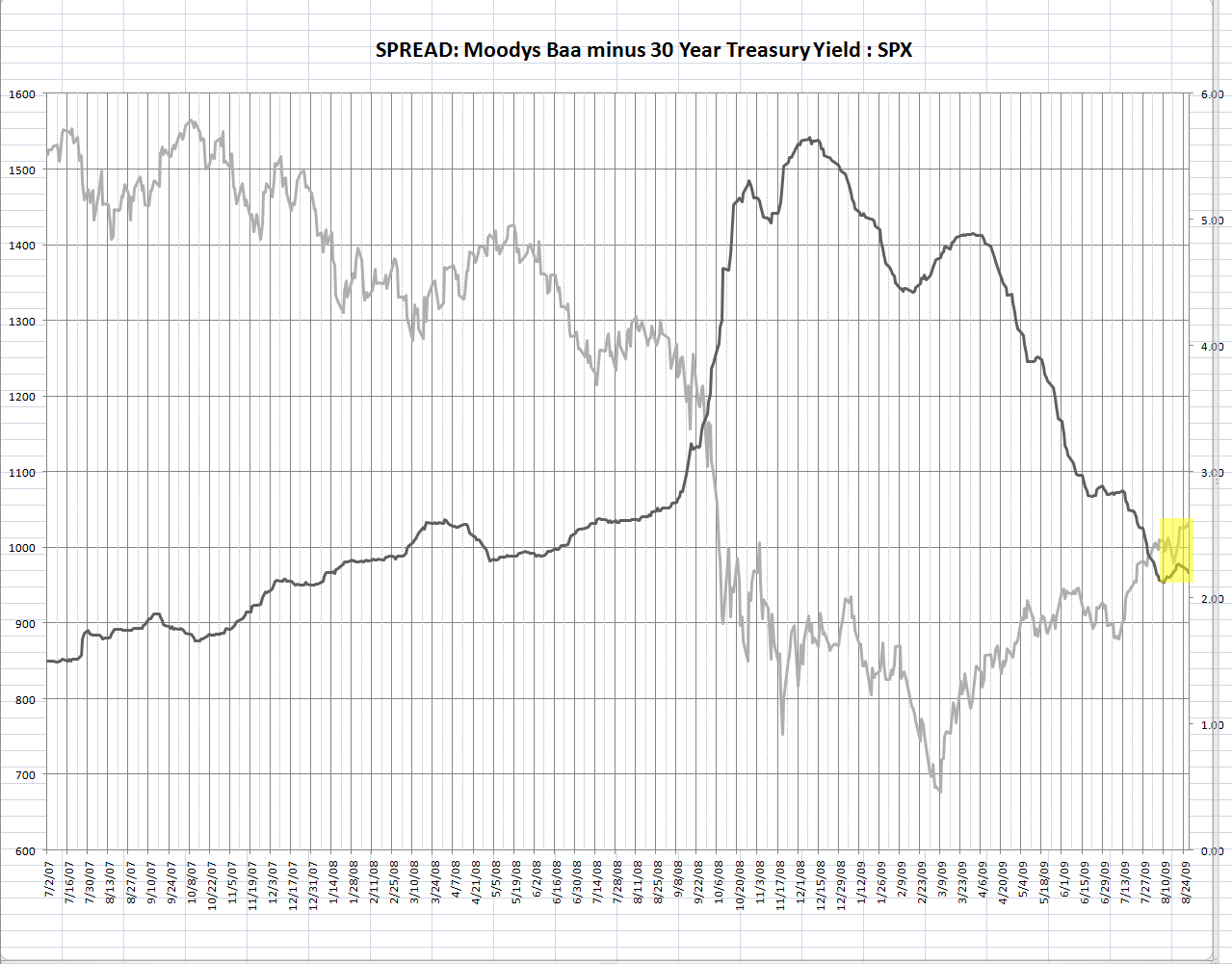 We actually dropped in the last week by a little again – which worries me. As I said – we might have to sit through some pain before this thing breaks for good.

Many thanks again to Hui, Kevin, and Graham for keeping me updated on the latest BAA feed.