The wall at ES 2820 continues to prove impenetrable as the fifth attempt to overcome it yesterday morning failed ignominiously. What we got instead was a spectacular counter response that cleared out a boat load of weak hands who just recently had turned coats after final capitulation. I had hinted at a possible shake out in my MAMO update yesterday, but had no idea it would happen so quickly and violently. 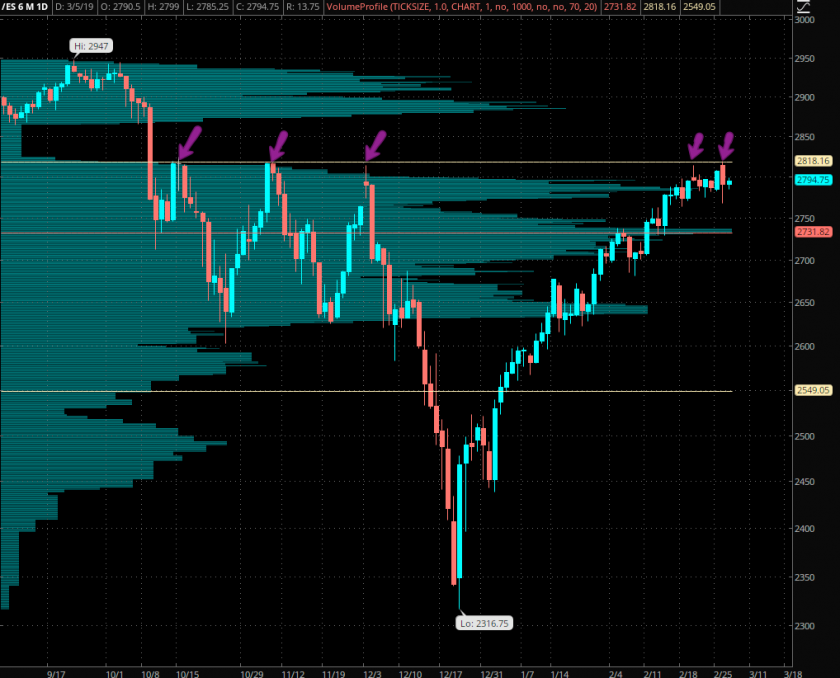 Admittedly yesterday’s reversal is thwarted by the ones we saw back in late 2018. And there are a few other inconsistencies worth sharing:

UVOL:DVOL suggests that selling was sustained throughout the session but with dip buyers catching up late in the session. 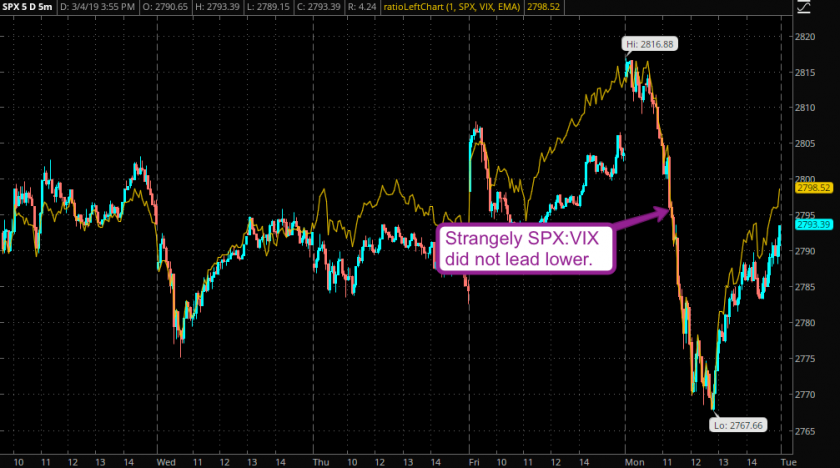 What irks me a bit is the SPX:VIX, in that it simply followed the SPX lower and wasn’t leading it once. It has however been leading on the way up, which suggests that market makers were either caught by surprise or did not consider this leg down a reason for concern.

So just a bear trap then? Why they would not exploit the run lower however by jacking up IV and thus option premiums is a bit puzzling to me. If anyone can muster up a plausible explanation, I’d be all ears. 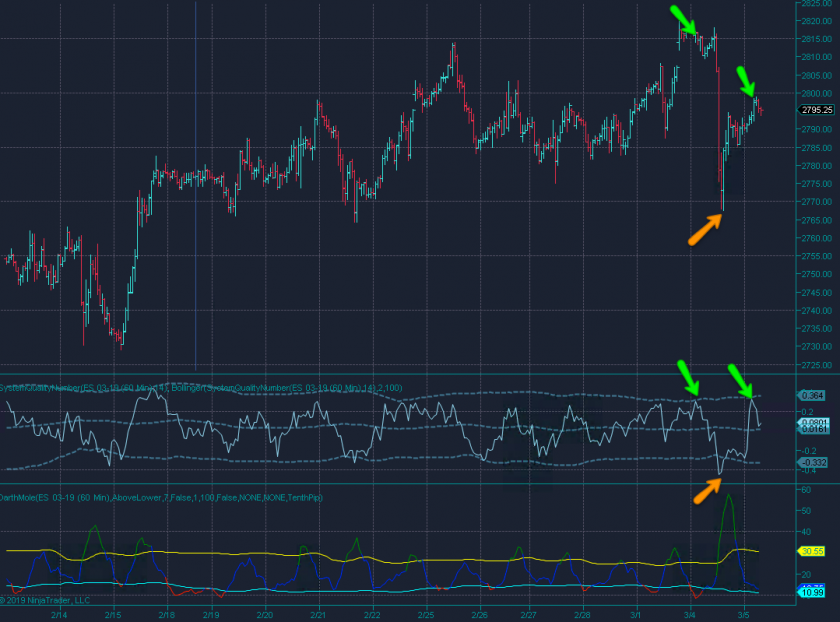 My SQN panel reveals that a turning point had been reached (first green arrow) after which equities fell off the plate. Selling exhaustion was reached rather quickly and then produced a counter response which once again gets us close to buying exhaustion – for now.

This is dangerous territory IMO as realized volatility (lowest panel) is once again nearing an expansion point. Which means we are going to see faster candles again, most likely during today’s session. As the current move looks incomplete another leg lower cannot be ruled out. 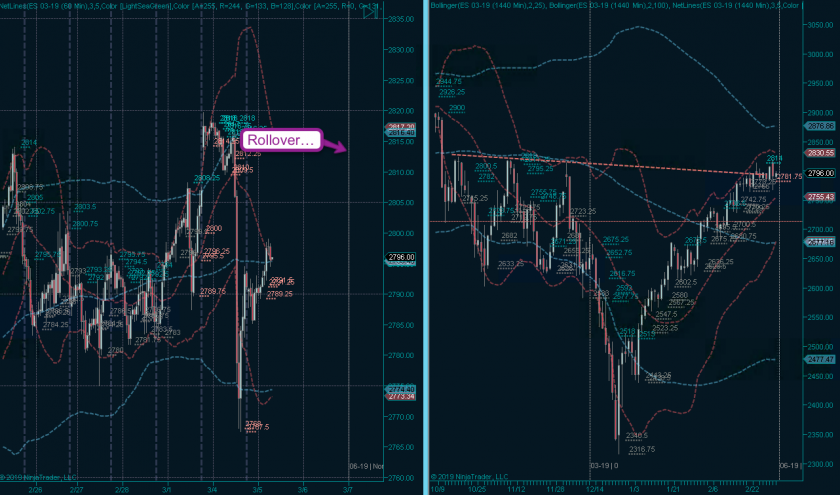 Another issue that is complicating matters is that we are approaching the big roll-over into the June contract. Given what just happened I expect quite a bit of volatility during the transition as nervous participants are considering whether or not to roll over or to close out here and remain in cash.

At the same time FOMO is probably at all time highs given that we are pinned right below the big inflection point. So to say that this is going to be interesting would be a gross understatement. 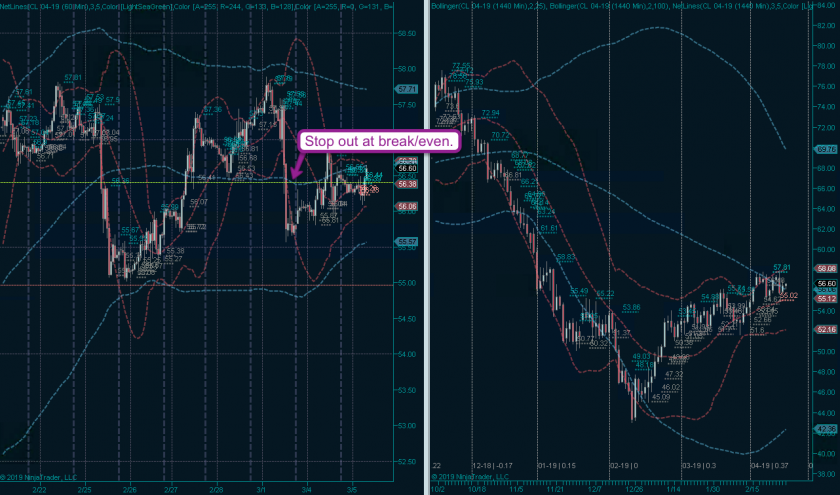 By the way my crude campaign got stopped out on Friday – fortunately at break even. I feel a bit conflicted about this one as the current formation suggest a re-entry. However everything seems to be in flux right now and I decided to err on the side of caution.

Alright we have new entry candidates on the horizon, many of which show significant long term potential. Please meet me in the lair: