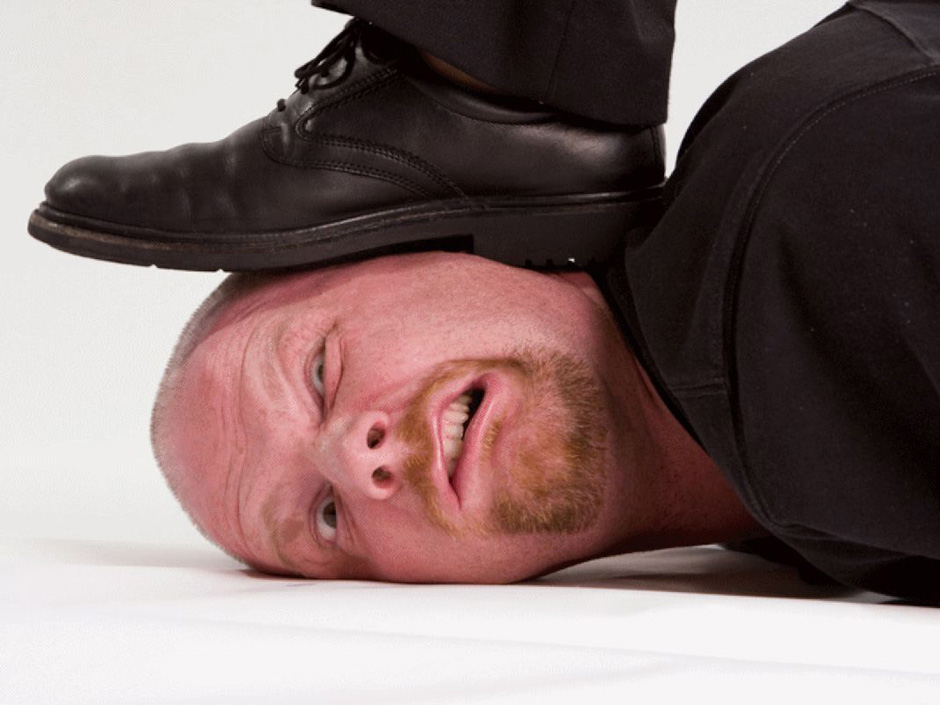 When it comes to financial news in particular, can you remember reading a single bullish headline over the past week? Or perhaps over the past month? The past year? Past decade? Me neither. Instead it’s been doom & gloom every step on the way up from SPX 667 back in 2008 to now over 3300 eleven and some years later. If nothing else the political culture war triggered by the election of Donald J. Trump has only served to exacerbate a mainstream media landscape addicted to that next juicy bit of angst inciting clickbait.

Who pays the toll in the end? You, the reader – that’s who. Just ponder about the flood of information you have absorbed on a daily basis over the past year alone. And then ask yourself if just once you came across anything that helped you benefit financially – or personally.

I got nothing – you?

In fact fading the news and considering a contrarian perspective may actually offer us a consistent edge. The takedown of gold recently, as soon as the MSM started to hype it, was a good example. 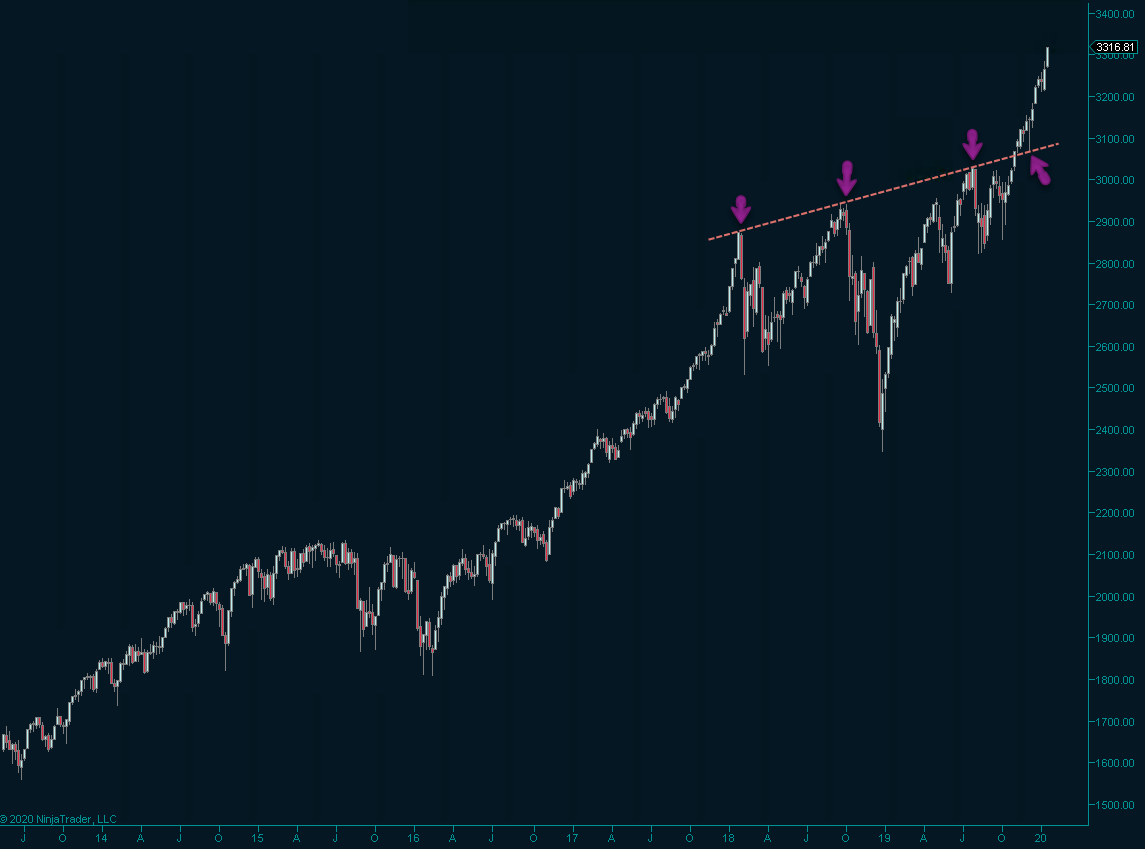 Or taking out yet another long position while everyone and their mother was citing convincing reasons why the Fed had – once again – lost control and the market was about to roll over. Yeah sure pal – just like the 100s of times it was supposed to happen since 2009. Have fun with that! 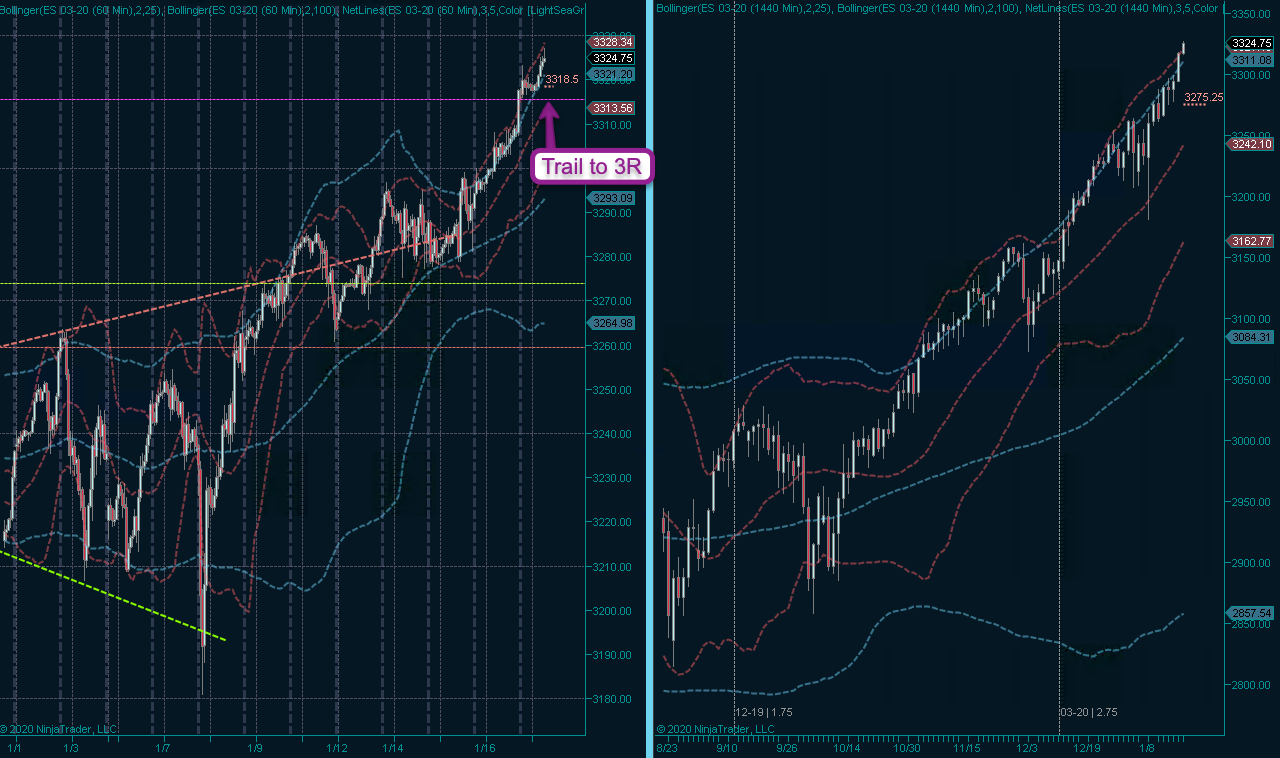 Now don’t get me wrong. The market Mole never gets complacent and I’m already tightening down my hatches after a run > 3R in juicy profits. If there’s something that makes me nervous then it’s markets that switch into exponential mode – even if I’m on the right side of the trade. 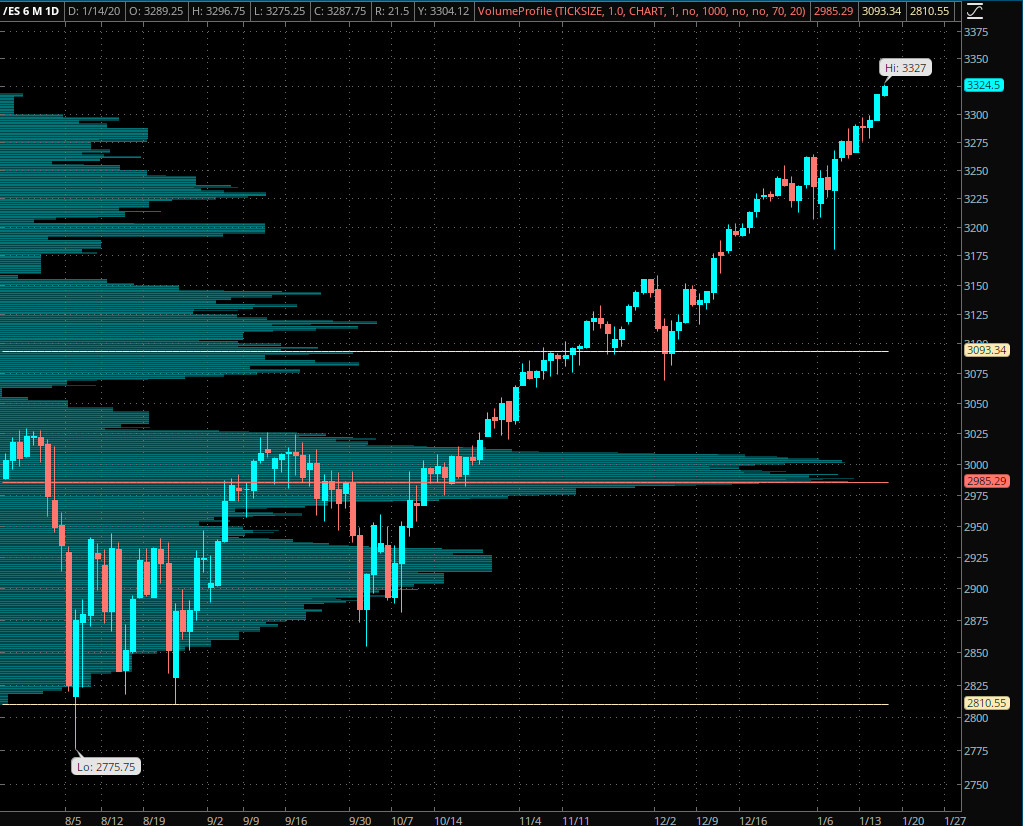 Doesn’t mean I can’t see the writing on the wall though. We’re running on fumes here and once gravity sets in it’ll be spectacular. Most likely it’ll happen when nobody expects it and once the last bear finally gives up and embraces the pain. 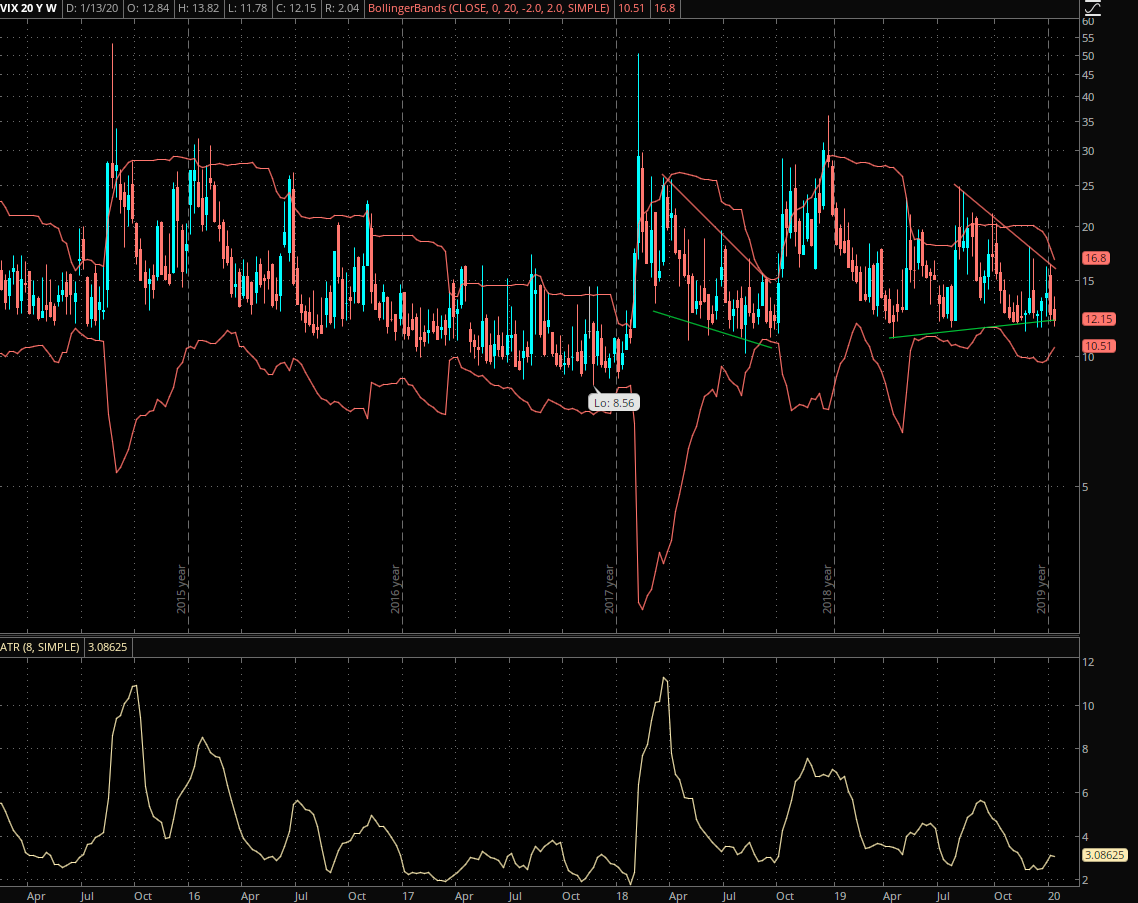 Talking about the writing on the wall. NOTHING goes up vertically forever, not because of the bears but because the bulls at some point have to find a sucker to sell back to. That’s the moment when things start to get really ugly.

The long term VIX chart above shows you how it usually plays out. ATR flattening – perhaps the VIX forming a floor near an important baseline. It’s a delicious fruit just waiting for the plucking. 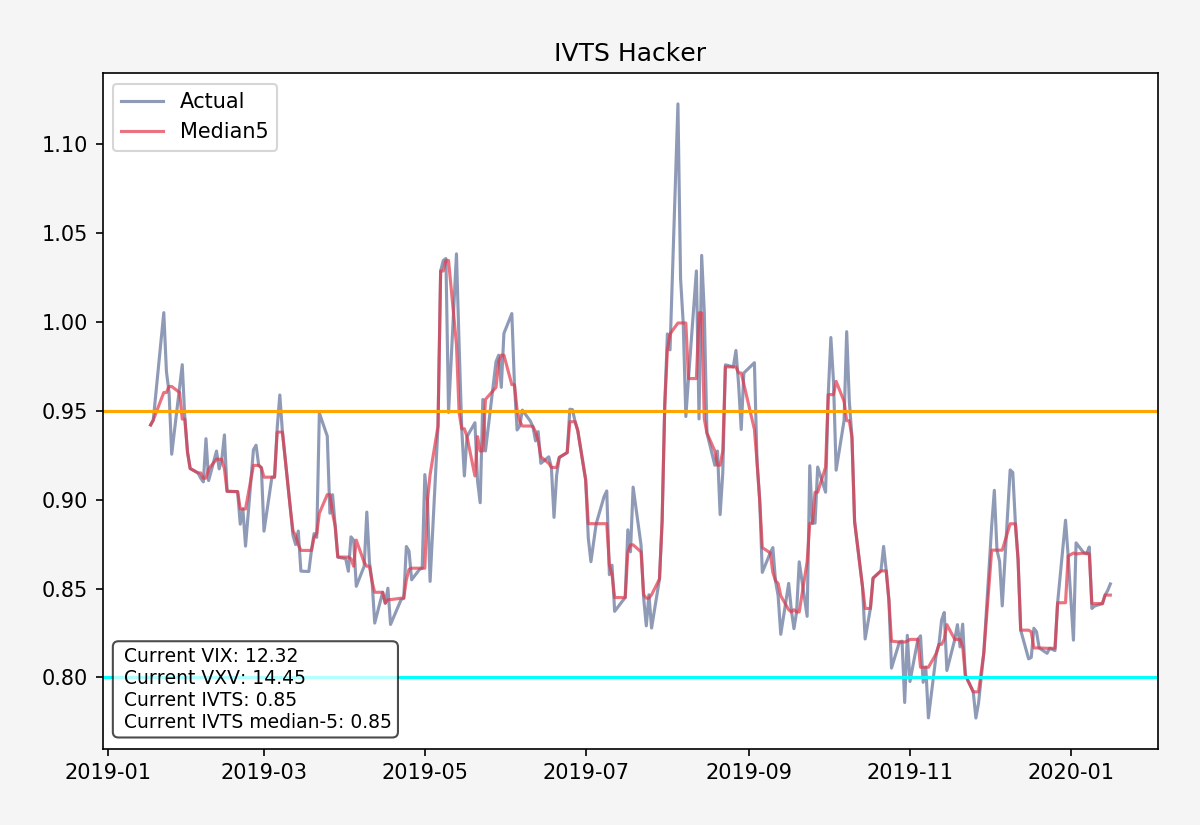 The IV term structure (it’s a ratio between short and medium term IV) is still sitting pretty in bullish territory around 0.85. We shouldn’t even waste time thinking about a bear market until it hits .095 and above. 1.0 is usually when things start to get interesting.

Until that happens we are in January and the historical stats for the next 2 weeks support the bulls.