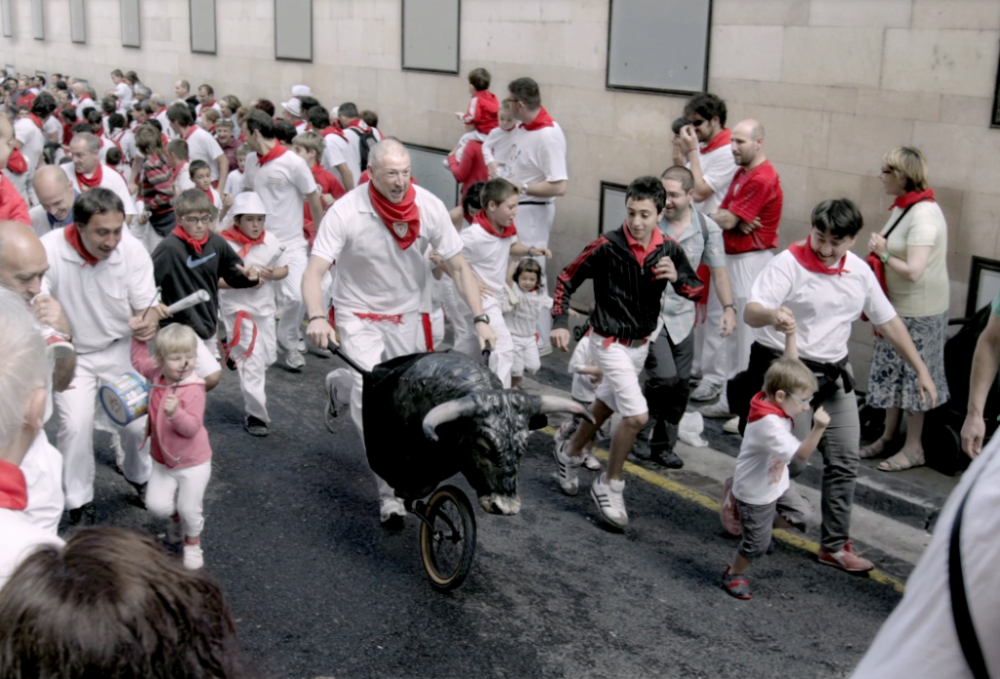 I launched this blog back in August of 2008 right at the cusp of what many bears still regard as the entry opportunity of a generation. And I don’t think that would be very far fetched as it may be many more years until we ever see a large scale market correction resembling that of 2008 again. For the record, I for one wouldn’t terribly mind seeing a continuation of this bull market. Unlike many of the doomsayers du jour yearning to see the world burn I do not want to see the United States undergo another economic depression. And clearly the Fed has proven that it will do whatever it may take to prevent just that from happening.

But there are early signs of trouble as many financial institutions apparently seem to have learned exactly nothing from the burst of the real estate bubble and proceeded to inflate the automotive market in exactly the same fashion. As a result off-lease supply more than doubled since 2012 and is expected to rise another 25% over the next 2 years. Auto loans terms are at a record 69 months now and outstanding balances continue to climb.

32% of subprime auto related asset-backed-security (ABS) deals are deep subprime (average FICO < 550) in 2016 vs. 5% in 2010. Car inventories are at record highs with 2016YE unit inventory 10% than the previous year and trending higher in 2017. New car prices are falling as car manufacturers can’t put sufficient asses into seats with a seasonal adjusted annual rate (SAAR) in unit sales of about 16.5 Million. Finally car rental companies are also feeling the pinch and are facing stagnant growth due to the rise of ride sharing and other transportation options. It’s a tough market for car manufacturers and it doesn’t look like it’s going to get any better anytime soon. 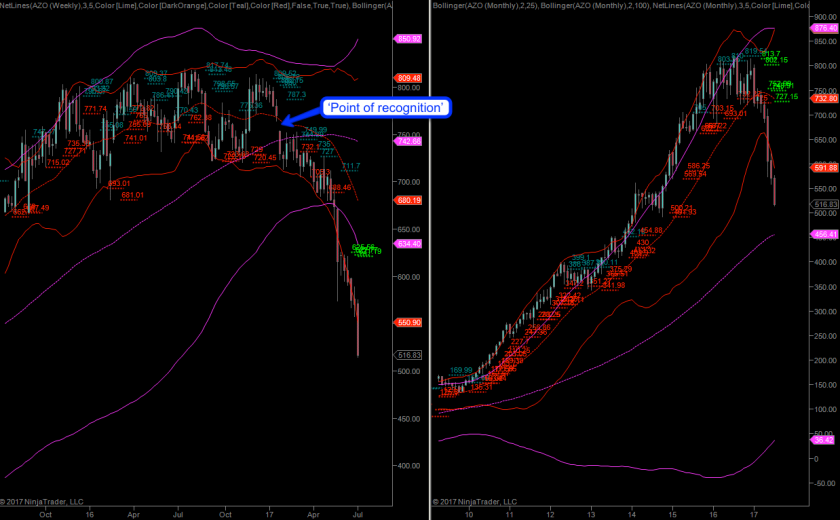 AZO shown above may have been one of the first dominos to fall but I don’t believe it’ll be the last one. What is happening right now in the automotive sector is only a symptom of an overall disease which was effectively incubated by permitting the financial institutions responsible for the 2008 crash to be made whole courtesy of the American tax payer.

I’m showing you this chart for another reason however. The gap I pointed at is what we used to call back in the days the ‘point of recognition’ and the ensuing 750 retest near that 100-week SMA was one the bears should have paid attention to. 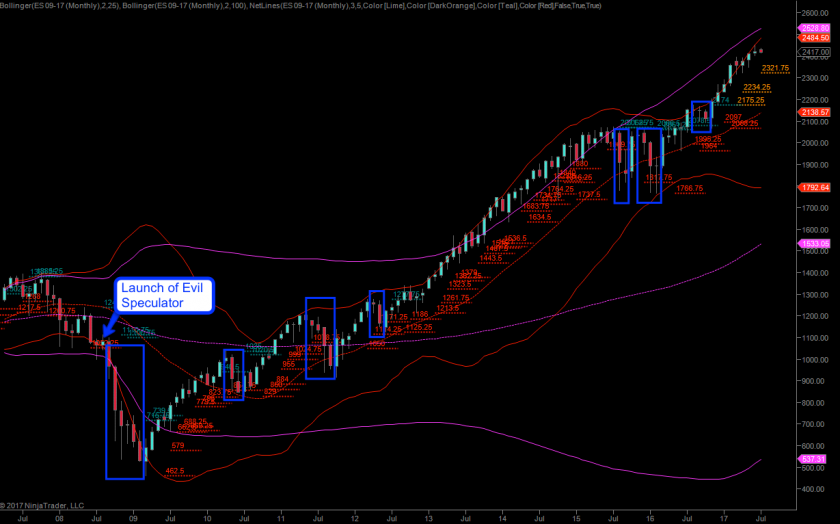 What they however keep on watching is a raging bull market in equity indices which thus far shows little signs of weakening. Since I launched this blog we had only seven occasions in which equities closed lower more than one month in a row. And the bear really didn’t show its teeth on more than three occasions, e.g. summer of 2011, in late 2015, and in early 2016.

So when I look at the short term panels today and only sense complete confusion then I must simply defer to the long term view and assume that any dip lower will most likely turn out to be a buying opportunity. What we have not seen over the past nine years is a true ‘point of recognition’ in which buyers are completely overwhelmed and selling panic sets in. AZO is a great example of just that and it doesn’t require an extended tape reading course to recognize the true signs of a market that is rolling over. Detach yourself from the daily noise sometimes and just look at the long term perspective to revert to a sense of clarity. 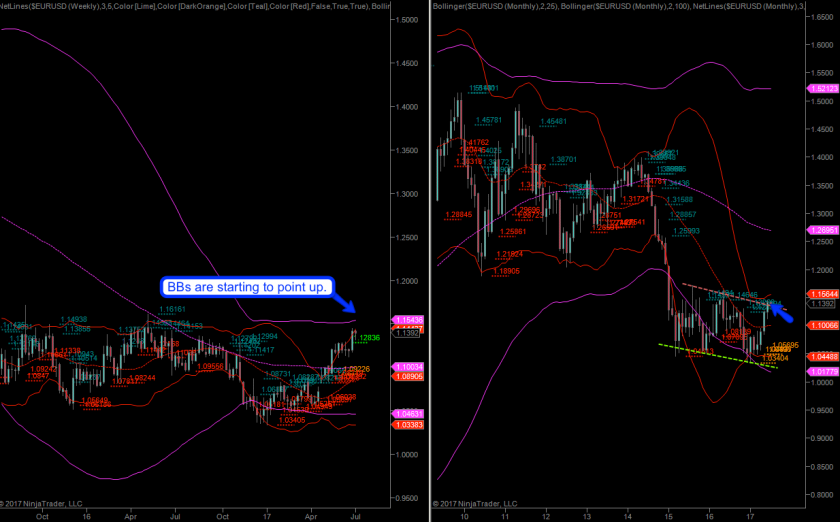 EUR/USD is a chart I’m not too happy about as you can imagine. It’s currently scraping the upper range of a weekly falling pennant which could easily turn into a triple bottom. And that in turn may propel us as high as 1.20 or even beyond. Given that Draghi is now determined to tighten and the Fed is once again pulling back the die seem to have been cast. 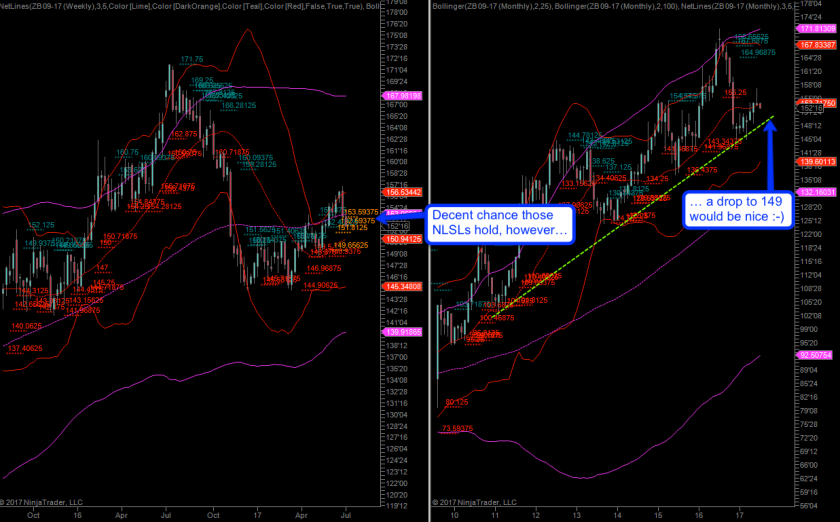 Bonds are once again falling hard and are probably squeezing a lot of participants who interpreted the previous few months as a bonafide break out formation. In general there are only two ways of trading bonds in a QE environment: Very short term or very very long term. I’m thinking of grabbing a few long term positions if, and only if, the ZB descends all the way to about 149 where I think it would have a real chance of plotting a long term low. 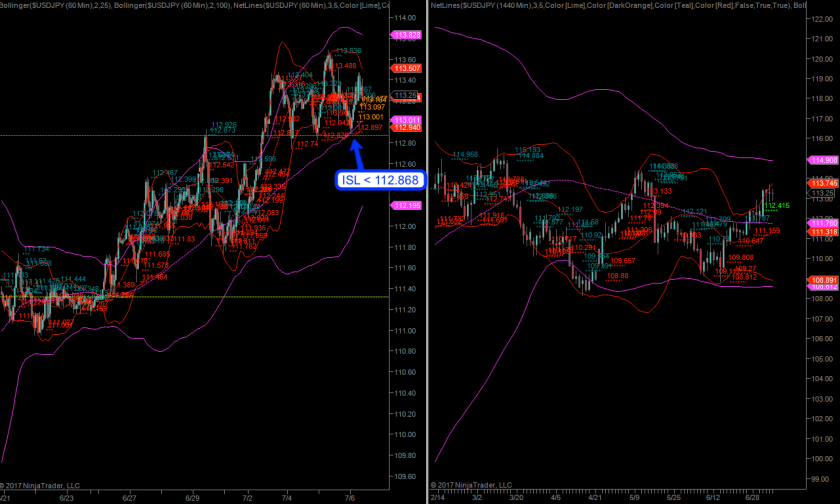 Quick update on USD/JPY – it seems to be hanging on and I’m tightening my stop a little to lock in a bit under 2R in profits. She seems to be taking her merry time and the weak USD right now ain’t helping of course.