MENU
Sections
Login Register
Education
Now Reading
Why Should I Care About The IVTS?
NextPrev
7639 619 1
140

Why Should I Care About The IVTS? 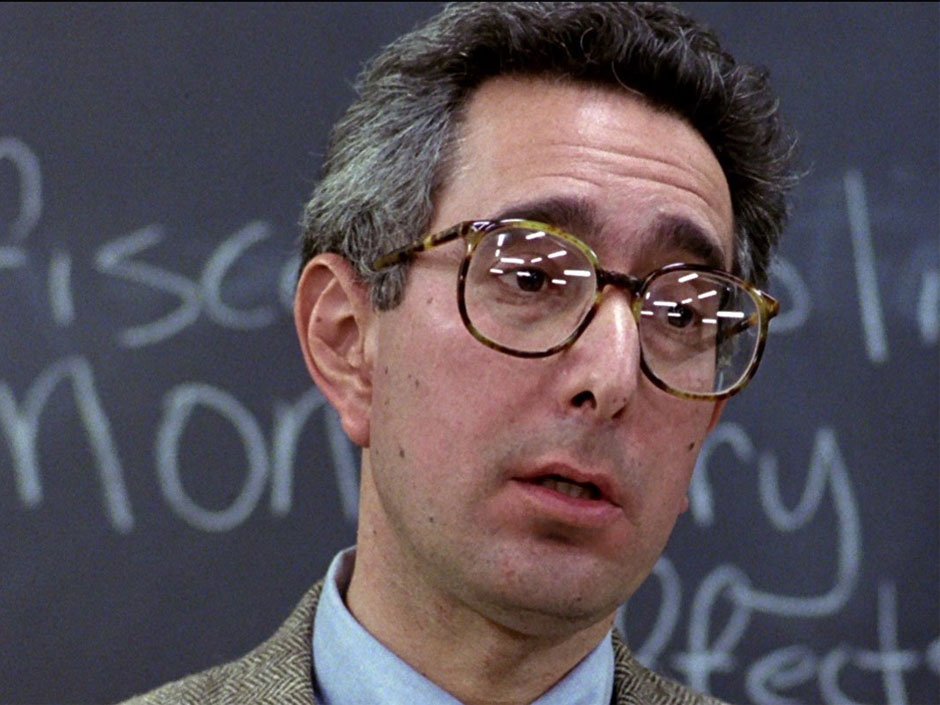 I just sent out an update to my VIXEN subs and thought that this may actually make for a great educational post for the rest of my crew. So, if you’ve visited here for a while then you are probably aware that I have studied implied volatility for many years now. I practically sprinkle it on my cornflakes in the morning. And over time I learned a few things that later turned out to be extremely valuable to my own trading and I hope to the rest of you guys.

About a week ago I hosted a webinar with Scott where I was officially ripping the lid off VIXEN, my new IV based mean reversion system, and a bunch of people signed up for a free 2-week trial. Now if you participated in the beta test here on Evil Speculator in late summer then you know that it triggers on average every other session or so. But unfortunately since hosting the webinar it has not triggered a single entry which must be rather frustrating for anyone itching at giving it a go.

And the reason for that is that I, the lowly Market Mole, probably have the worst timing in history. Let me show you why: 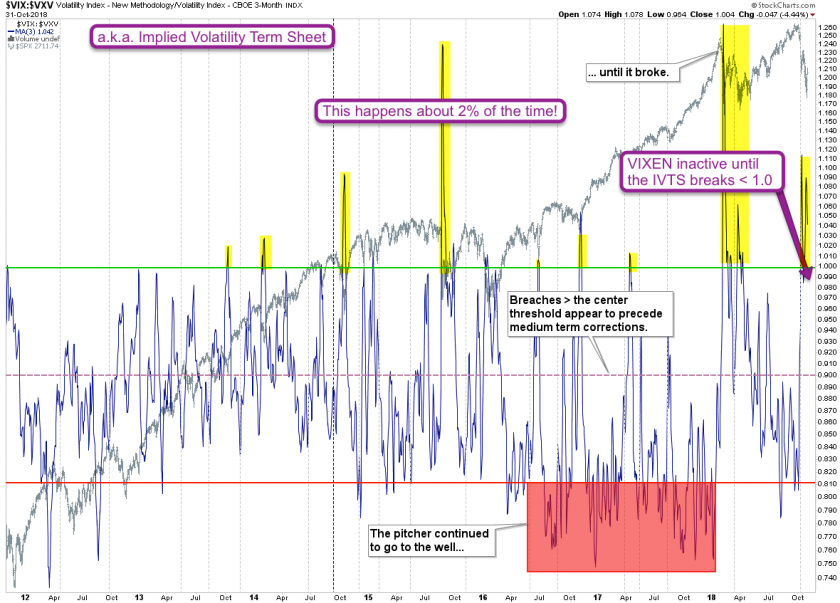 The chart above you is the ratio between the VIX and the VXV – the latter being the 3-month version of the VIX. Among quant nerds it’s also called the Implied Volatility Term Structure. Either way the VIX:VXV ratio is plotted on that chart and over the years has revealed many valuable clues to me and my rowdy crew right here at Evil Speculator.

One thing, among many others, we learned is that spikes > the 1.0 represent extraordinary market conditions and when that happens bad things usually about to transpire and shorting IV is a patently bad idea. Now when my quant buddy and I developed VIXEN I somehow completely forgot about this chart and one day he comes back with some stats that he ran independently on an early version of VIXEN.

And sure enough, it turns out that VIXEN does not do well when the IVTS becomes elevated and shorting implied volatility should be strictly avoided until things start settling down a bit. So not only my chart shows it but our stats confirmed it. Which is a lesson you just got for free and guess what, 99.999% of all retail traders do not know this and thus keep losing their asses shorting volatility during these periods!

Of course this doesn’t really make up for my horrible timing for when it comes to scheduling the webinar. But that’s obviously not something I have much control over. Now the good news is that these periods happen very rarely – about 2% of the time – and I trust VIXEN will start ticking again as soon as IVTS reverts back lower into < 2.0 standard deviation territory. 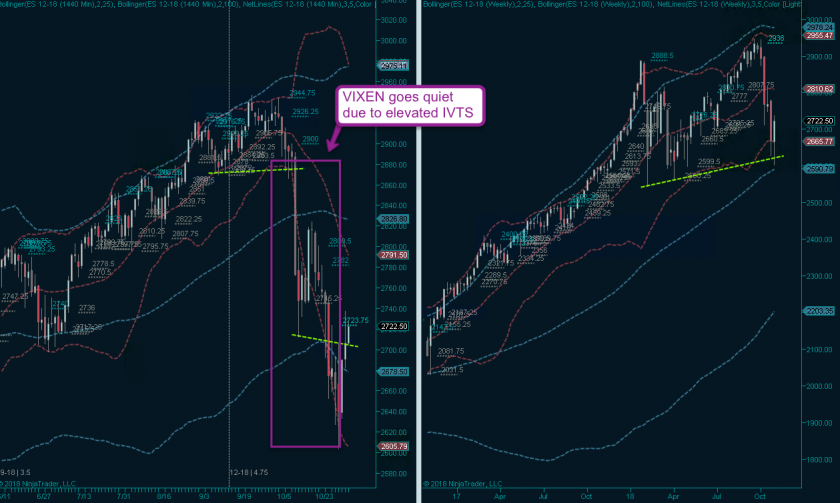 Now for the rest of you guys who aren’t interested in trading VIXEN this however is still a very valuable piece of information. I don’t know how many of you guys attempted to BTFD over the past two weeks, but now you may understand why I started to tread very carefully once we dropped though several technically important bullish inflection points.

Even the long entry we took yesterday was a bit of a lottery ticket and I was pretty adamant about pointing that out. Thus far it seems like we may actually have a shot at continuation higher but don’t count out the bears for a second. Buying interest is still relatively tepid and can’t be compared with the effervescent conditions we enjoyed over the past few years.

And of course IVTS is still > 1.0 and probably for a reason. Because stats show that the VIX (and the VXV) usually start to reverse while equities are still attempting to find a low. When that does NOT happen and the IVTS remains elevated, then you know things are not ‘bizns as usual’.

So the moral of the story is, well there are three: