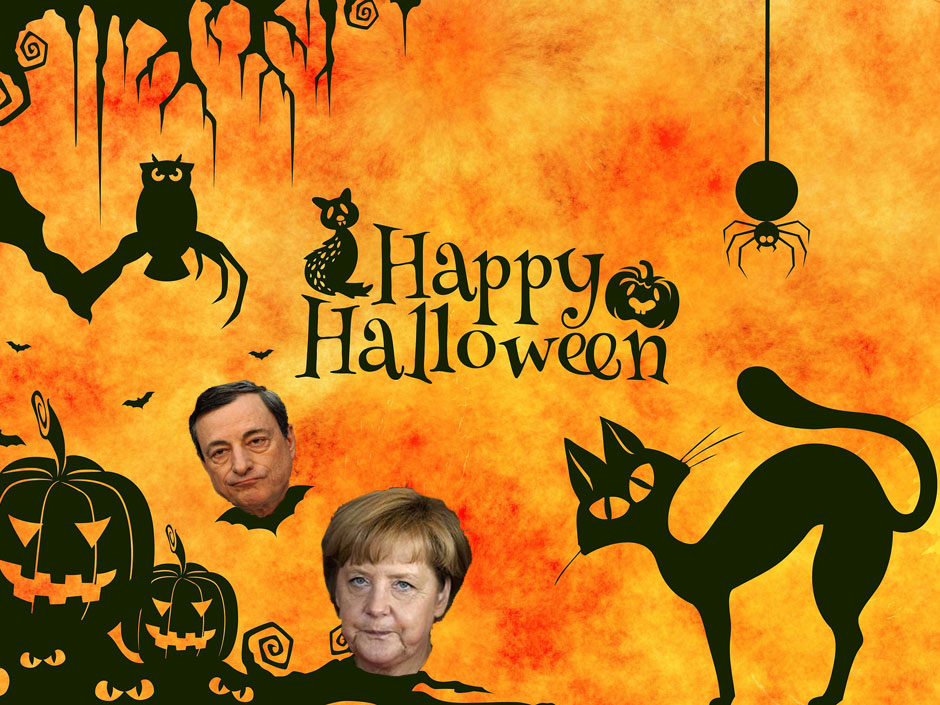 Our favorite holiday of the year is upon us and judging by the price action in both the Dollar and equities it’s going to be wicked! As I indicated yesterday in the comment section, ES 2700 is our bearish/bullish inflection point and as I’m typing this we’re right on top of it. No time to lose! 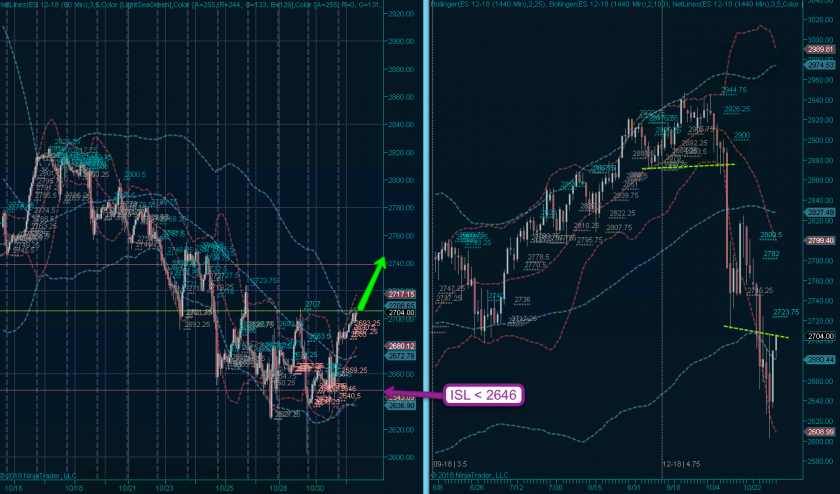 So let’s get this out of the way before we move on. Long entry in the E-Mini futures right now with a stop < 2646. Which IMO is a bit aggressive but if this dog doesn’t get out of the gate now then we’re talking another leg lower or at least one more attempt to scare the children which may drag out until next week. This is a nice early lottery ticket that may pay off well if proven right.

UVOL:DVOL was positive yesterday – actually a lot more than you would glean from watching the price action. So a possible harbinger of slow accumulation… 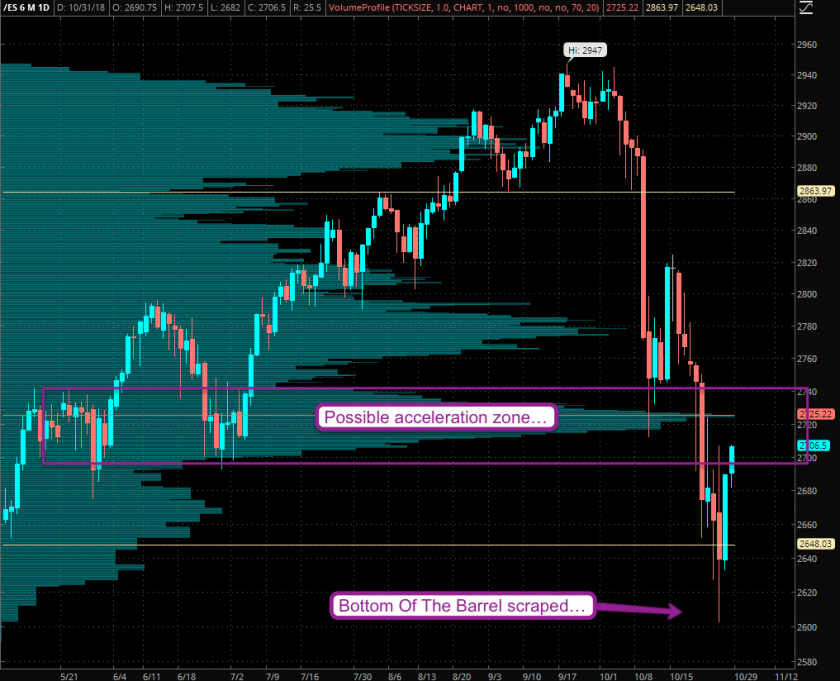 The volume profile shows us that we probably scraped the bottom of the barrel near 2600 – at least for now. Again, just looking at those daily candles I cannot rule out another swat lower, but this is a possible low probability high payoff entry opportunity and it’s my patriotic duty as an NRA card carrying no shits given American to pull the trigger here. 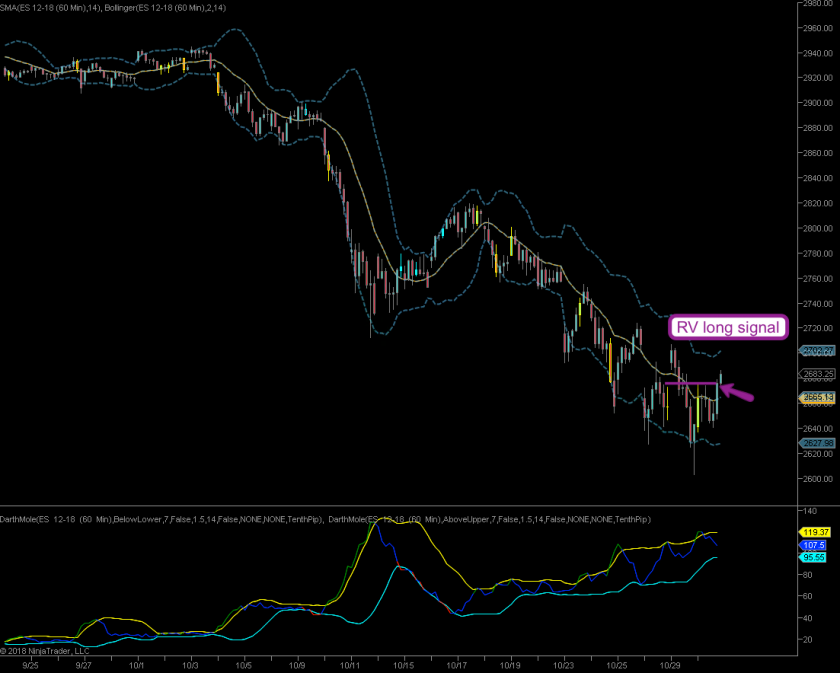 Realized volatility, which I hope I won’t have to explain again. It’s giving me a possible long signal as the yellow exhaustion candle (RV based) is now being breached. The idea here is that we may see acceleration higher while RV actually starts to drop – that is usually what we want to see ahead of a slow and ordered short squeeze. And that’s better than a fast snap higher as RV remains high. 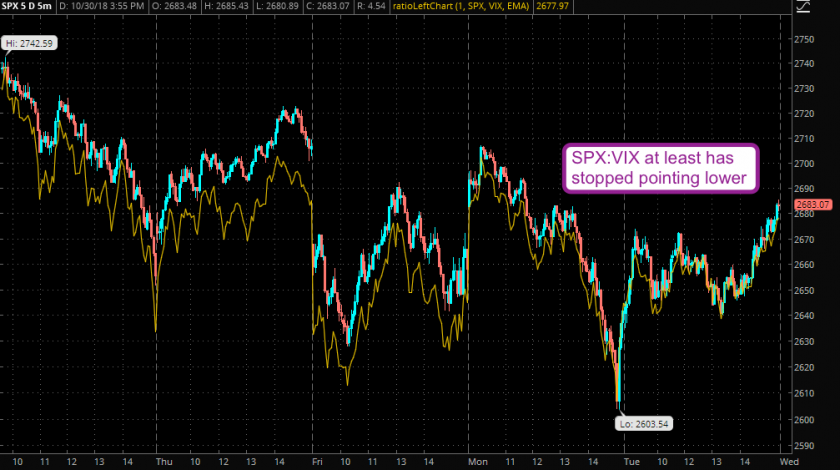 The SPX:VIX ratio hasn’t started to point higher just yet but at least it’s not pointing lower anymore. This basically answers HD’s musings as to why I haven’t been frantically involved over the past week or two. My dear ladies and leeches, you should know by now that I choose my victims very carefully before I finally line ’em up at dawn. Cigar or blindfold? 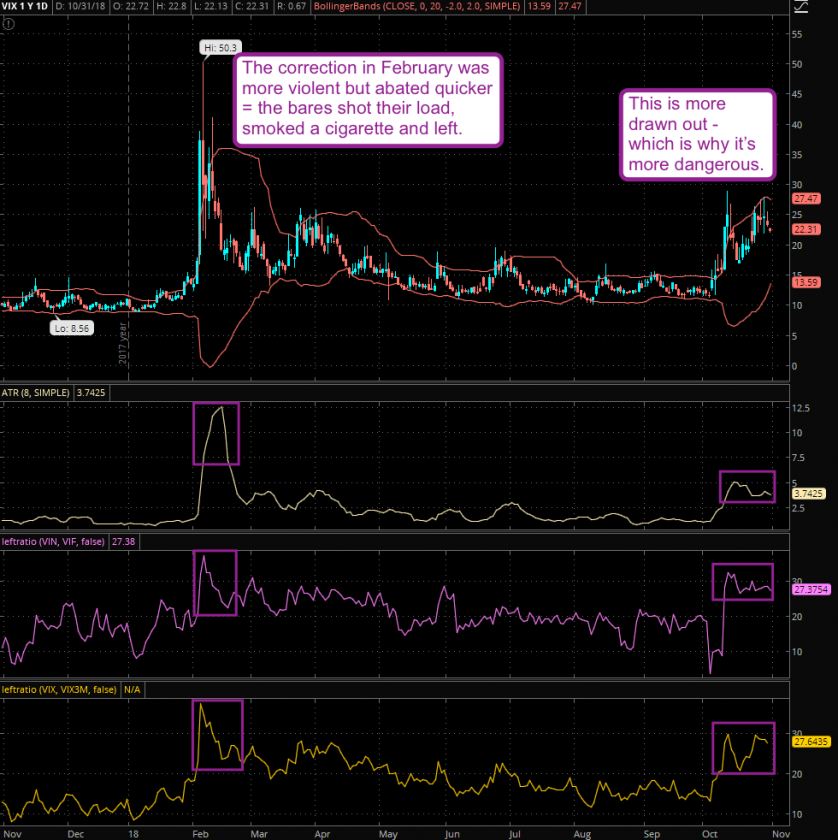 Just when you thought I couldn’t dazzle you any further with useless charts – I just pulled another one out of my you-know-what. Now seriously speaking, this chart is important as I’m drawing correlations between the two big corrections this year.

The first one pretty much shit its load quickly, rolled over, smoked a cigarette and then left. The current one in terms of measured fear (i.e. VIX and its components VIN and VIF) has been more mild but seems to drag on longer (see the squares I drew). And in my mind that is a lot more dangerous as it usually leads to more ugliness on a medium term basis.

So we’ll have to see but unless we drop like a rock today odds have it that the bears are done for now. And if I’m proven wrong then this Halloween will most likely be remembered for a long time to come. Evil Speculator wins either way. 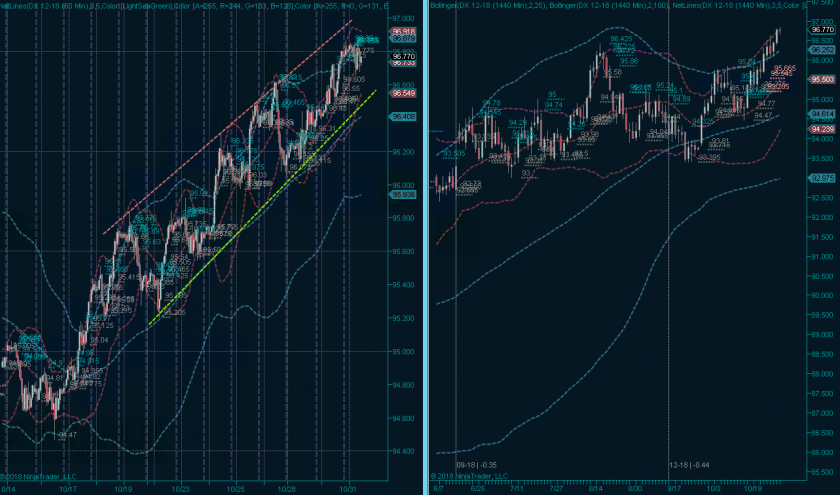 Let’s talk Dollars, people – which reminds me, make sure to sign up right here and send me some. I can’t subsist just on caffeine and hate after all 😉

Anyway, nice channel higher here and I was proven right that we are looking at a break-out trend situation here. 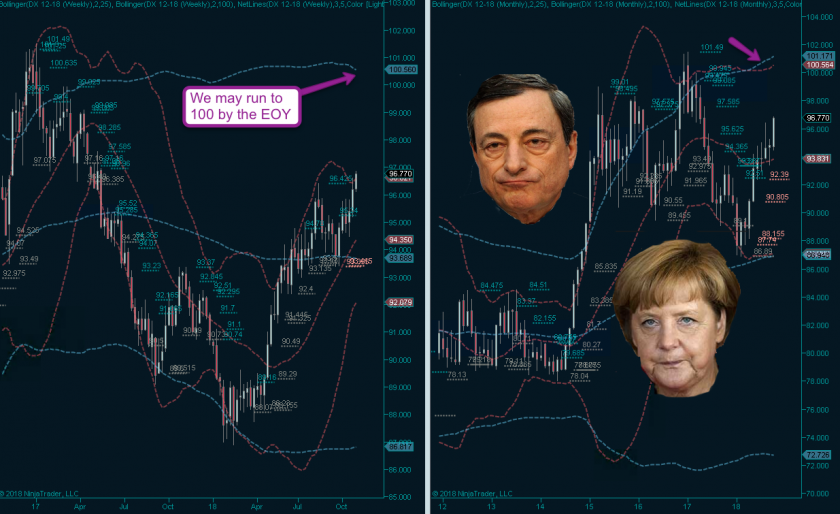 Draghi actually may be happy about a cheap Euro but Merkel says ‘oh nein – nicht gut’ and does her frumpy thing again. The long term chart shows us a target near the 100 mark as there’s nothing but air above us now. That’s right you heard it here first… I really hope I see the EUR/USD go below par before I head back stateside. 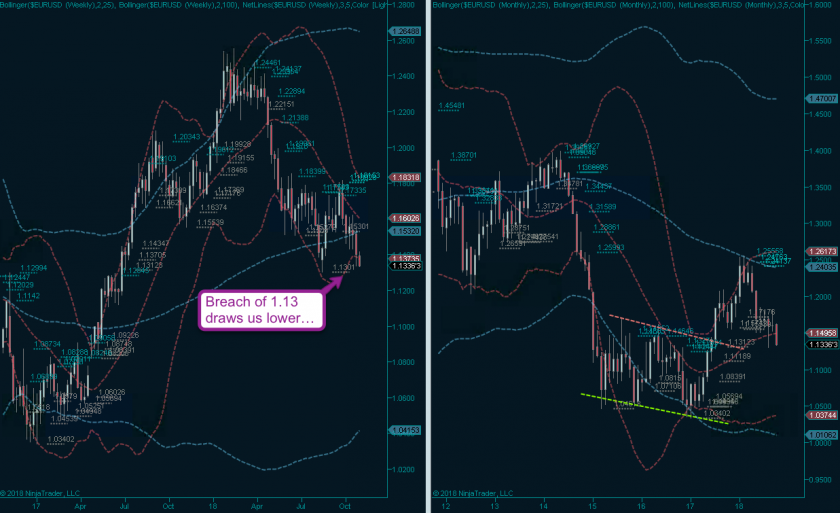 Speaking of which – IMNSHO a breach of 1.13 draws us lower and possibly back inside that old channel. Without doubt we’re going to see a little bounce there and then we’ll see if the greenback has what it takes to stomp it lower once and for all.