Another One Bites The Dust

Meanwhile, in the barren wasteland that is the world of bearish divergences:

Yep, unless something bearish happens and that quickly, another one bites the dust:
[amprotect=nonmember] Charts and commentary below for anyone donning a secret decoder ring. If you are interested in becoming a Gold member then don’t waste time and sign up here. And if you are a Zero subscriber it includes access to all Gold posts, so you actually get double the bang for your buck.
[/amprotect] [amprotect=1,9,5,2] 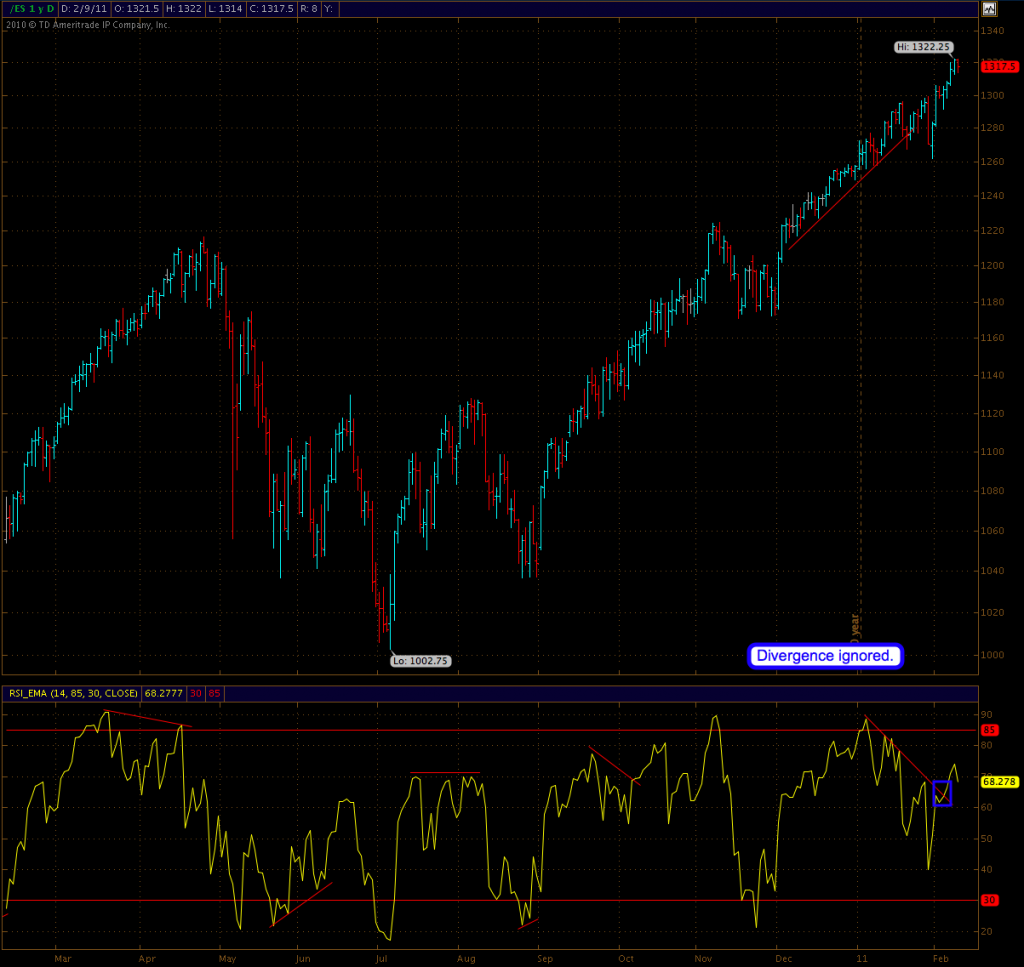 That RSI_EMA indicator on the daily is usually quite spot on. However, thanks to eternal cheap cash from our friends at 33 Liberty that divergence we have been painting has produced zero effect and is about to get smashed. Look, I have looked at divergences on price, indicators, oscillators, tea leafs, you name it – the big lesson I learned is that they are wonderful within a limited time range. After that they become dangerous as they eventually lead to short squeezes (or long squeezes) and have the ability to swing momentum into overdrive – thus producing blow off tops and other nastiness. 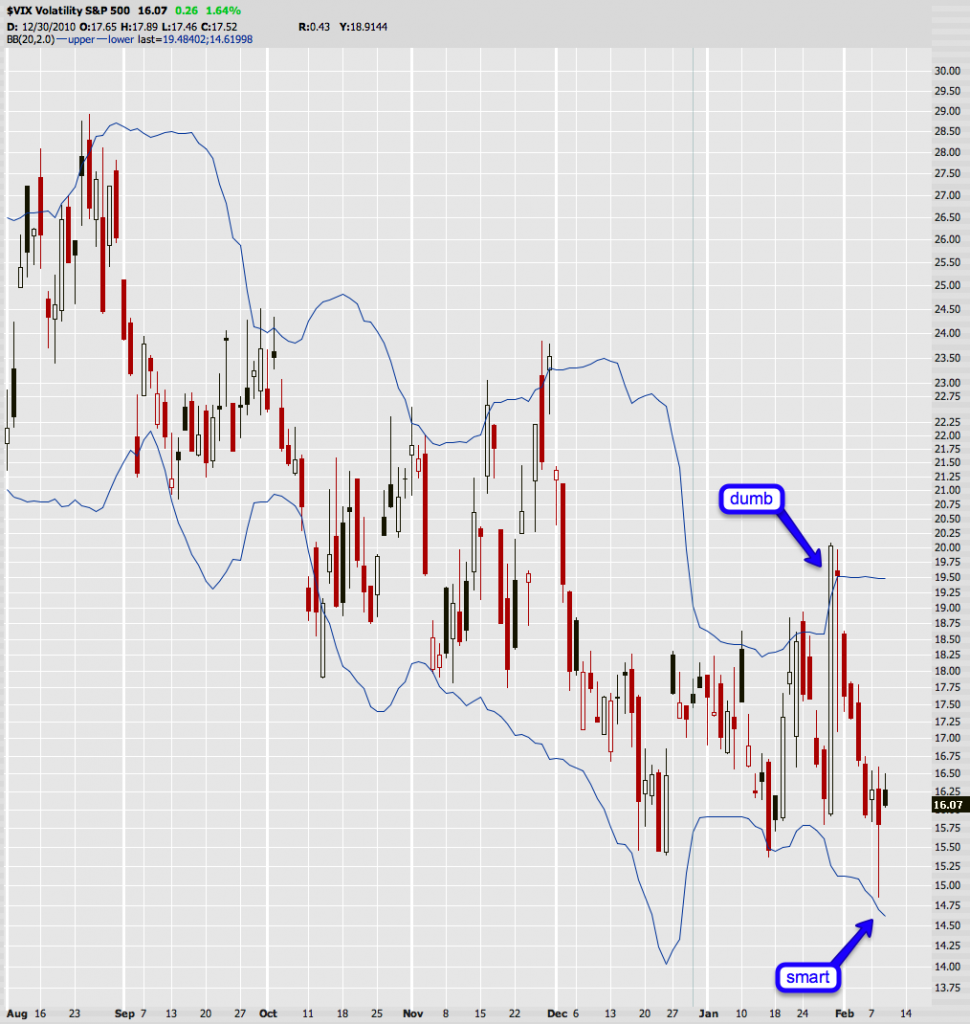 But wait – there is more! I totally agree with Scott’s point regarding the VIX being at historic lows indicating maximum complacency. Yes, yes – we will see a pig slaughter in the near future – how near however I do not know. Fact is that the bears are a bunch of bumbling idiots who just can’t get it right. Case in point – look at the VIX on 1/31 as it pushed outside its 2.0 BB – and thus producing a VIX buy signal.

Now compare that with the sweet game the bulls are playing – instead of brute force they stopped just before pushing outside the BB and they of course did not dream of closing outside it – for they know the consequence of such foolishness! Now we will probably keep bouncing around inside that expanded bubble for a while and the odds for a bearish counter snap are greatly diminished. Yes, intraday volatility such as today will happen but unless we see a real drop and some covering by the longs I remain unimpressed.

The trend remains the trend until it’s over. Thus far, today – it’s not over yet. Maybe it will be over tomorrow. Maybe in May – who knows. I don’t – you don’t – nobody does. And until we see further evidence let’s continue playing like we have – and banking coin like we have.